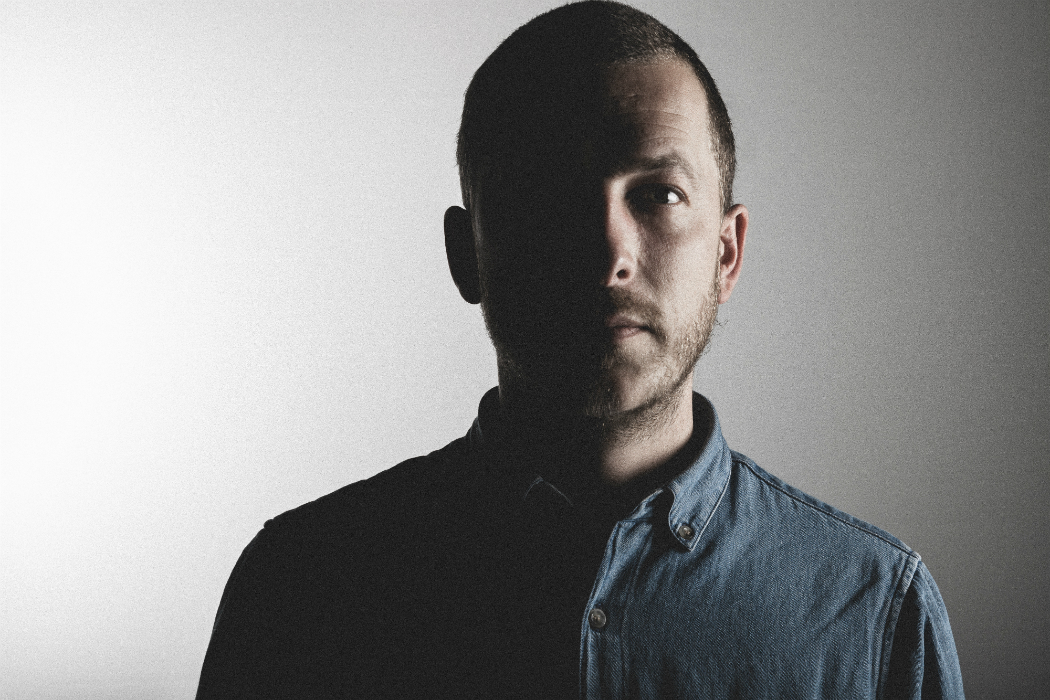 UK-based producer Ross Tones (a.k.a. Throwing Snow) crafts hypnotic bass-driven electronic soundscapes that seamlessly weave together futuristic textures with the raw and rampant abandon of a 90s rave. His cinematic compositions take the listener on an immersive journey connecting with the listener on a deep and emotional level. We had the opportunity to talk with Ross on the eve of his latest release ‘Vulpine’ – the fourth and final pair of tracks in mini-series for Fabric’s in-house label Houndstooth – and the follow up to last years ‘Embers’ album.

KALTBLUT: Was the creative process of releasing tracks over time different from that of releasing a whole album all at once? And now you’ve tried both do you prefer one route to the other?

Throwing Snow: They are really different, almost the antithesis of each other. Writing an album as a whole is quite a complicated and intense experience, especially Embers (my last album) because it is one continuous piece of music. I wanted to explore concepts of natural cycles, complexity and life coming from the building blocks of death, in a musical context. Due to these start points, it was quite difficult to achieve and involved a lot of thought before even sitting down to write it, and pretty draining. Releasing track by track for the new album, Loma, was the opposite of this. I started with a few rules and the same equipment, but I wrote it a lot more freely with a goal of producing something that would work in a club environment. Each track could stand by itself, and this was freeing and enjoyable creatively. I feel myself craving to return to the complete album format now, so it kind of oscillates between the two different approaches, they work hand in hand to keep me sane.

KALTBLUT: How did you set about choosing the different genres you wanted to work with for this series?

Throwing Snow: I wanted to concentrate more on rhythm for Loma, so I harked back to my background in jungle and dnb but at a slower tempo. The breakdowns and drops, the use of sub, breaks and polyrhythms are what really inspired me. Even the melodic elements felt like they needed some rhythmic playfulness. That said, I also wanted to let the music write itself to a certain extent, so deviation from this path was also fine, as long as it felt natural.

KALTBLUT: Can you name a few tracks that really take you back to your youth and tell us why?

Throwing Snow: There are so many to choose from! However, from my teenage years, bands like Earthtone9 stand out. If I’m ever angry, Evil Crawling Eye is still my go-to track to put a smile back on my face. When I moved to Bristol, in the early 00s, the tracks that most stand out are Fanu – Leave The Natural World Behind and Breakage – Spiritualism. I still love Drumfunk in all it’s complex simplicity, and it automatically contorts my face into an involuntary scowl of ecstasy.

KALTBLUT: Your tracks are playful and raw. Can you tell us a bit about your creative process?

Throwing Snow: The reason I’m addicted to writing music is that when things just fall into place, I get tingles and my hair stands on end, I just want to repeat those short-lived but amazing moments. That normally comes from letting things flow, and I’ve written for so long now that I rarely get stuck in a rut once an idea is on its way. The frustration comes from not finding a starting point, which is the hard bit. Once the initial idea is sketched out, then the endless tweaking and mixing come in, so it’s a bit of both really. I’ve recently moved to a new studio in the countryside, which is really inspiring. I’ve also finally been able to lay out all my equipment and instruments in a way that means I can patch things together really easily, and this has had a huge influence on how quickly I can experiment with ideas.

KALTBLUT: You like to keep the listener guessing, take them on a journey with you – is that something intentional or just a natural progression in your writing?

Throwing Snow: Again it’s a bit of both. I really enjoy music that surprises and takes you somewhere unexpected. It comes from how I naturally write music, but it’s also something I try to make sure to incorporate into everything. This sometimes means my tracks don’t fit anywhere in particular, but I feel that ‘underground’ music is also really exciting at the moment because that seems to matter less and less. People are really embracing eclecticism more and more.

KALTBLUT: All the tracks are banging, but was there one particular track that you felt most excited while working on?

Throwing Snow: I’d definitely say ‘Simmer’ was the one where I felt that I’d hit on something I’ve been striving for a long time. It’s the balance of simplicity and familiar elements but done in a way that I hadn’t heard before. The fact that there is really only one synth line (from the MFB Dominion Club) and that the evolution comes from manipulating the machine, not the melody made it really enjoyable to construct. I remember having a tear in my eye listening back to it. It’s been really nice to play it out live and see the crowd reaction to it.

KALTBLUT: If you could hear these tracks played out in any club in the world (past or present) which would it be?

Throwing Snow: I’d have to say Plastic People (RIP) just because that club was truly special. The system, the small almost pitch black room, the vibe, the era and the people made it perfect. A special mention needs to go out to Kode_1 (RIP) in Puglia, Italy and Vincenzo (the visionary founder) though. He created a Plastic People for 90 people in a small southern Italian town that was really amazing; I really miss both these venues.

KALTBLUT: Berlin is an ideal cityscape for your music – visceral and dark to its core. Do you plan to play here in the near future?

Throwing Snow: I’m glad you think so! Berlin is again a special place for music. I’m actually playing live in Berghain on 14th Sept and in Funkhaus with Rival Consoles on 18th Oct. I’m hoping to do different sets for each (time allowing) because the vibes will be very different.

KALTBLUT: There’s so much emotion layered into your music – when you play live, do you experience the crowd responding to that ambience in the same way that you imagined they would when you created the tracks?

Throwing Snow: That’s the one thing I’m really proud of actually. Whether the crowd like the music initially or not, I think my enthusiasm seems to come across when I’m playing it live. That said I don’t really have time to look up because I really have to concentrate so hard not to mess up, but I do hear the vocal reactions, and that really helps me immerse myself in the performance. It’s sometimes hard to fit in the tracks that people want to hear, but I hope I make up for that.

Throwing Snow: I’ve been working on albums for other projects I’m involved in. I’m really proud of them, and they will finally see the light of day in 2019. I’m also really looking forward to getting stuck into a long album project for Throwing Snow, but I’ll cross that bridge when I come to it.

Don’t miss the chance to catch one of Ross’ two live sets in Berlin this fall at Berghain on the 14th September and Funkhaus on 18th October.

Vulpine and V are out tomorrow via Houndstooth, stream/download here: https://hndsth.lnk.to/vulpine