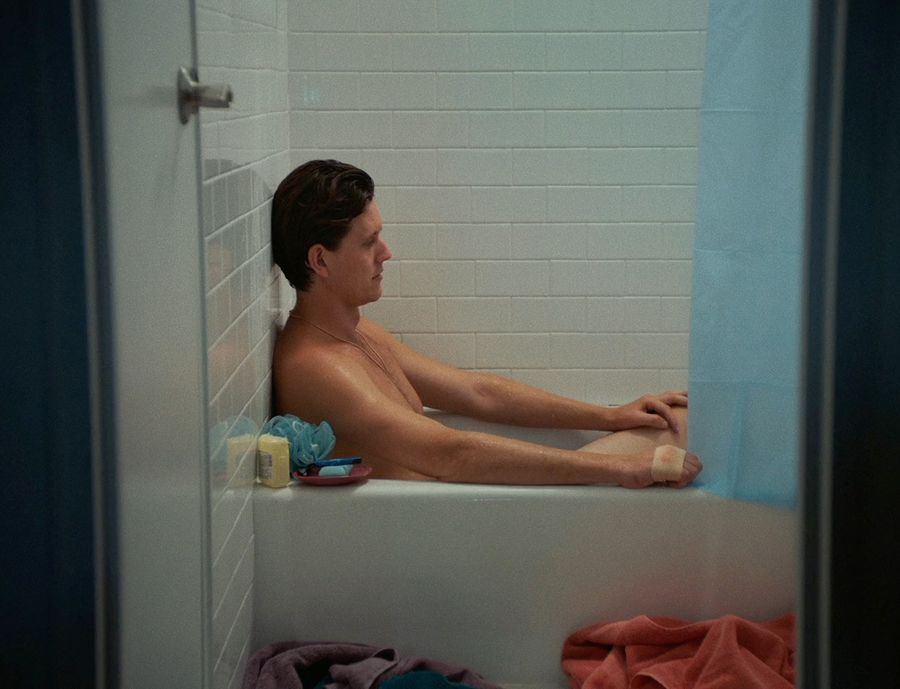 Donnie Dix – A Tribute to the Brashness of the 80s

Shot in New York City, Donnie Dix is a tribute to the brashness of the 80s. Directed by Sascha Taylor Larsen and produced by Oliver Finley, it is a parody of the type of naive self-obsession which characterised this period in our cultural history. The main character, played by Eli Cusick, embodies the absurdity of an era filled with excess. He represents a particular type of machismo coupled with a total lack of personal accountability. In just over three minutes, Donnie Dix’s character arc unfolds as he moves from total self-assurance to increasing self-awareness, then the self-doubt which ultimately paralyses him.

Donnie Dix is a representation of the collective consciousness of the late 80s based on the films, music, literature and cultural references we have been brought up with. This playful mood is reflected through Josh Herzog’s cinematography, Alex Hass’ lighting and Alexia Salingaros’ colouring. The feeling of the late 80s is also portrayed through Alexandra Ruggieri’s production design, which was influenced by old 1980’s Ikea catalogues and postmodernist design. The styling choices of Gaby Sprenkle, who was inspired by iconic productions such as Miami Vice and The Lost Boys, also served to create the 80s vibe.

The singularity of this music video is that the whole concept stems from the lyrics, written by Taylor Larsen himself. These lyrics reflect a young man who exudes self-assurance, but underneath it all is riddled with self-doubt. Based on this vision, Taylor Larsen asked award-winning composer Eivind Hannisdal to create a sound reminiscent of Jan Hammer’s Miami Vice soundtrack but filled with irony. Hannisdal recreates an authentic 80s sound with live musicians and Taylor Larsen’s humorous lyrics are further exaggerated by this use of the 80s sound.

Donnie Dix is currently touring across the international awards circuit, with the first screening taking place at the Academy Award® qualifying Norwegian Short Film Festival in Grimstad between June 8 – 12, 2022.

The moral dilemma of Donnie Dix is very relatable. His struggle is the conflict between his belief in himself as a principled person and the harmful consequences of his actions. At the end of the day, it’s about questioning the foundation for one’s confidence. In Donnie Dix’s case, he imploded because he realised that he was more form than substance.