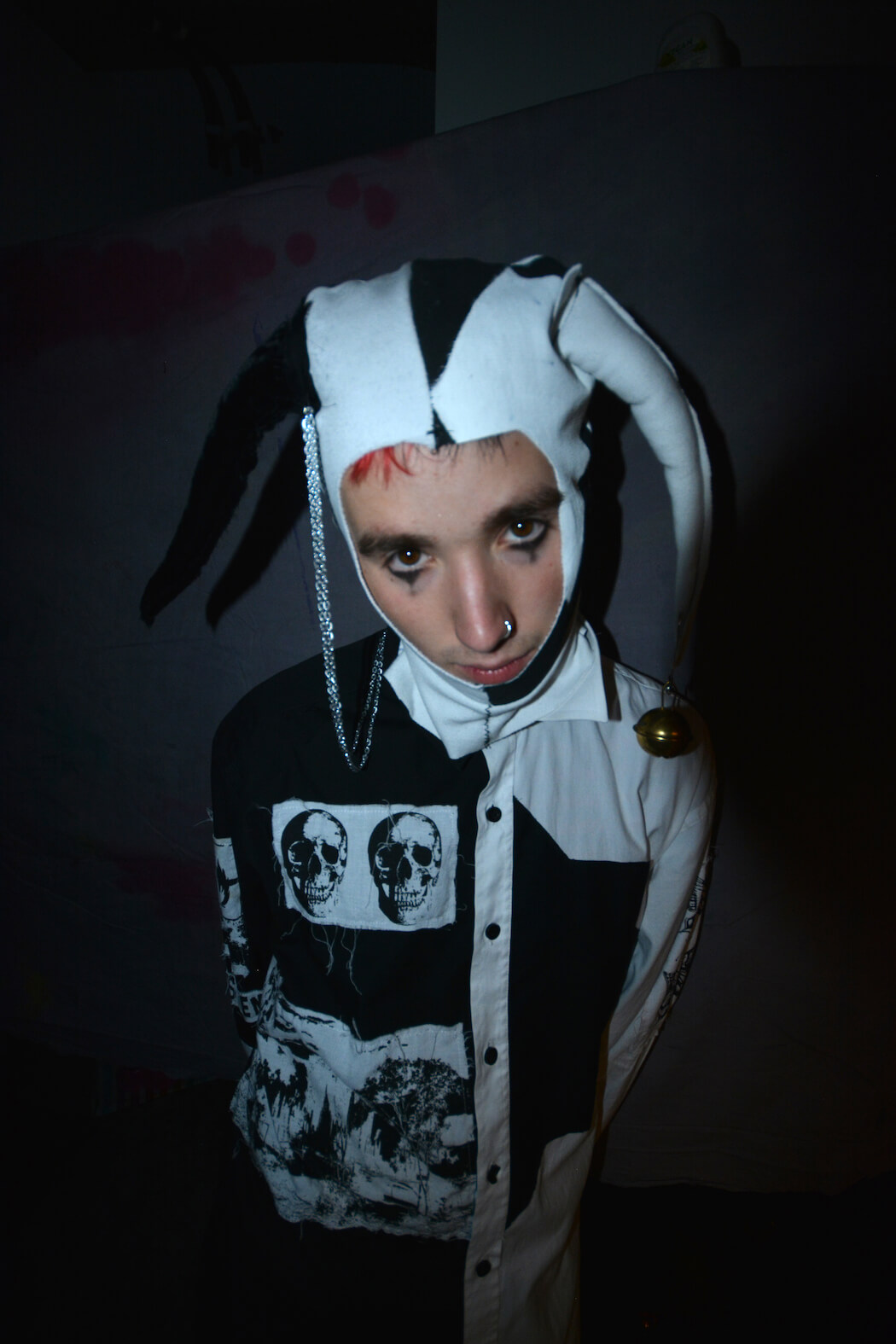 Dressing for the Climate War: exploring the new collection from Empty Brains

Written by Katherine Keir! In the midst of a global pandemic, it seemed that climate activism momentarily took a back seat, as the world tried to reconcile itself to the seismic shifts of a society under immediate threat.

But, unsurprisingly, as the dust begins to settle in the world we are now dubbing as our ‘new normal’, it is the preservation of the UK economy that continues to preside as the national priority, with the population being coaxed out of this period of stillness in order to resume habits of mass-consumption and indulgence. The message has changed yet again, and we are no longer encouraged to ‘stay alert’, but to ‘spend, spend, spend’. 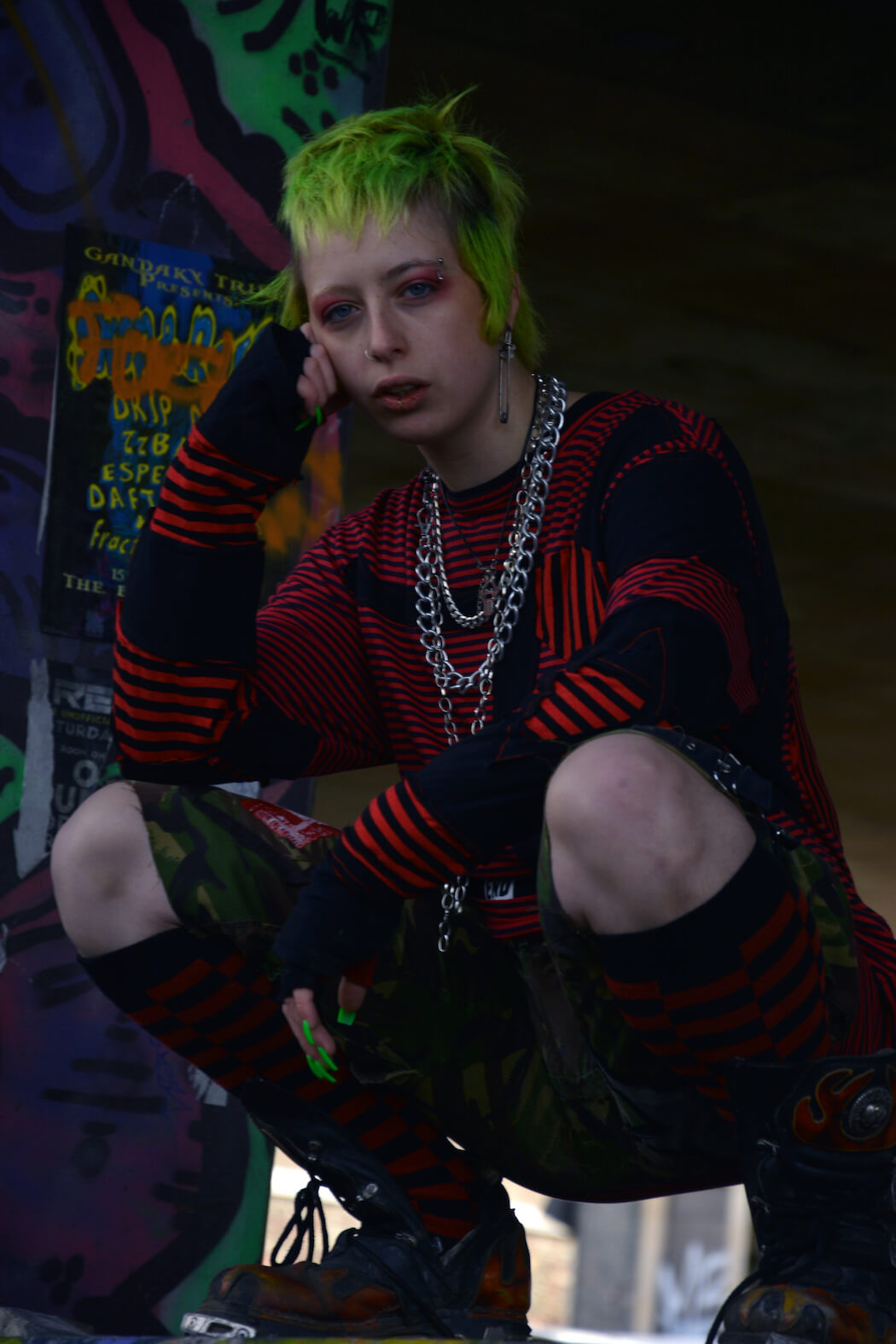 The figures are just as terrifying as ever. Fast fashion is the third greatest polluter in the world right now, and if the current rate of over-production continues, we are inarguably destined for climate disaster. So why aren’t we listening? Do we need to bring the problem to our doorsteps in order to take notice? Do we need it shoved in our face, under our nose, in order to register it as an issue? If that is the case, then this is where Empty Brains comes in.

Creator Jay Sebastian Williams describes his new collection End Blind Mass Consumption as protest-wear: designed with the climate war in mind, the pieces are second-hand and salvaged timeless staples, repurposed, redesigned and reimagined into military-inspired garments. “The garments were designed for scavengers of a barren dystopian Bristol, slowly building a group to walk into the inner city and protest against the lack of action towards climate change. They wear their slogans and banners over their garments to keep hands free for clambering through the broken city.” A city which no action has been taken to prevent climate change and the world has rapidly fallen into chaos and collapse within the next 10 years. It’s a warning to act before it’s too late.” 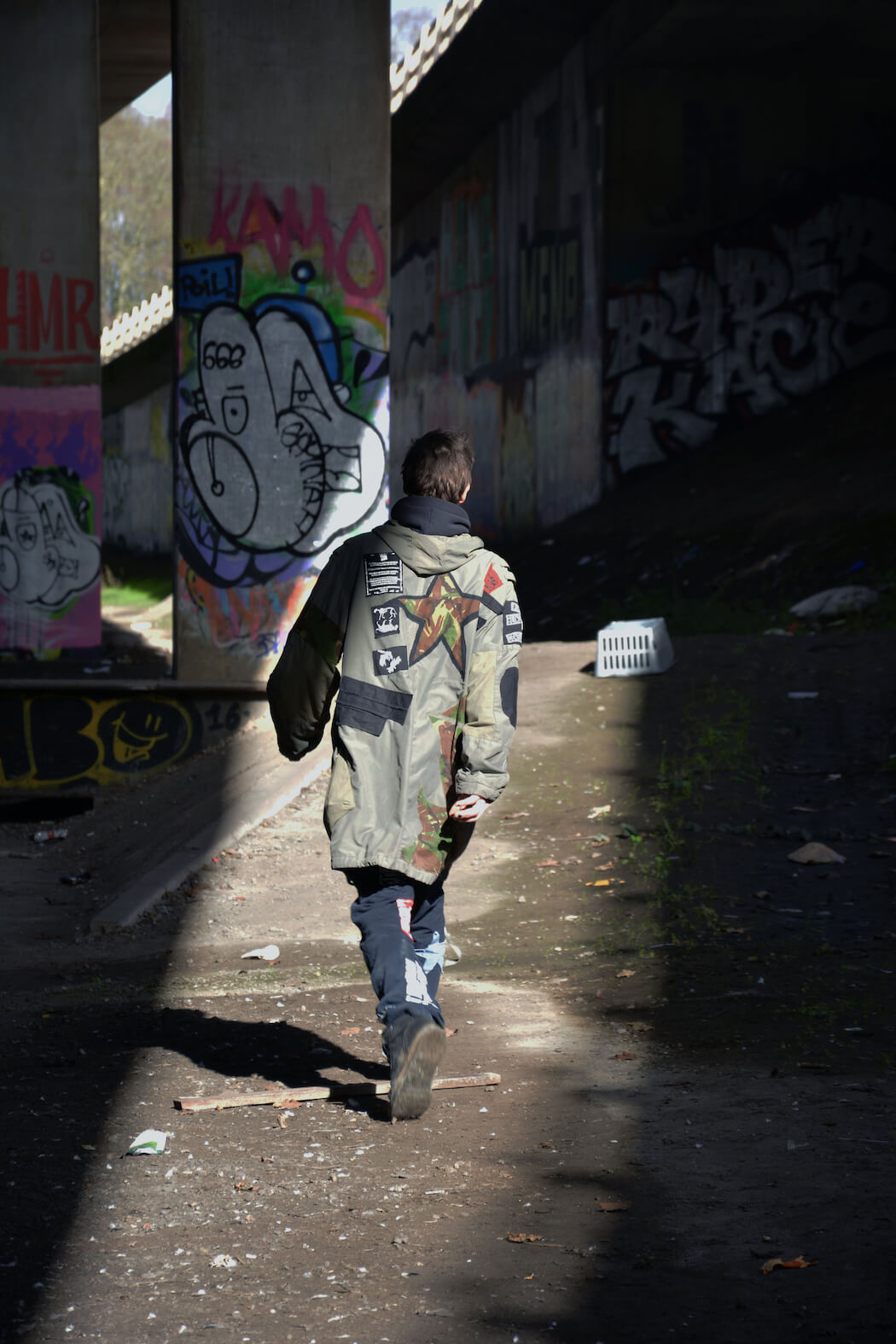 Williams recognises that garment production and consumption bears an intrinsic link to destructive and unsustainable capitalism, and so their deviation from the toxic consumption culture is twofold: the collection embodies rebellion, not just in its subversive slogan use and politically charged imagery and design, but in the very fabric of the garments. “Every part of the collection is 100% second hand,” Williams explains. “I explored various charity shops, vintage stores and military surplus over Bristol and then anything I couldn’t pick up locally I searched eBay and Depop.

When describing the process for the designing and alteration of the garments for the End Blind Consumption collection Williams describes it as spontaneous. “I prefer to design hands-on with the garment; I create quick, simple sketches inspired by the clothing of reggae sound system culture, the punk D.I.Y. attitude, paintings by Jean Michel Basquiat and dystopian films such as Blade Runner. Next is a long period of cut and paste designing with the garment and patchwork collages. I have huge sheets of screen-printed slogans and imagery relating to the project which I cut up and experiment with in order to find the most effective placement to best get my message across. 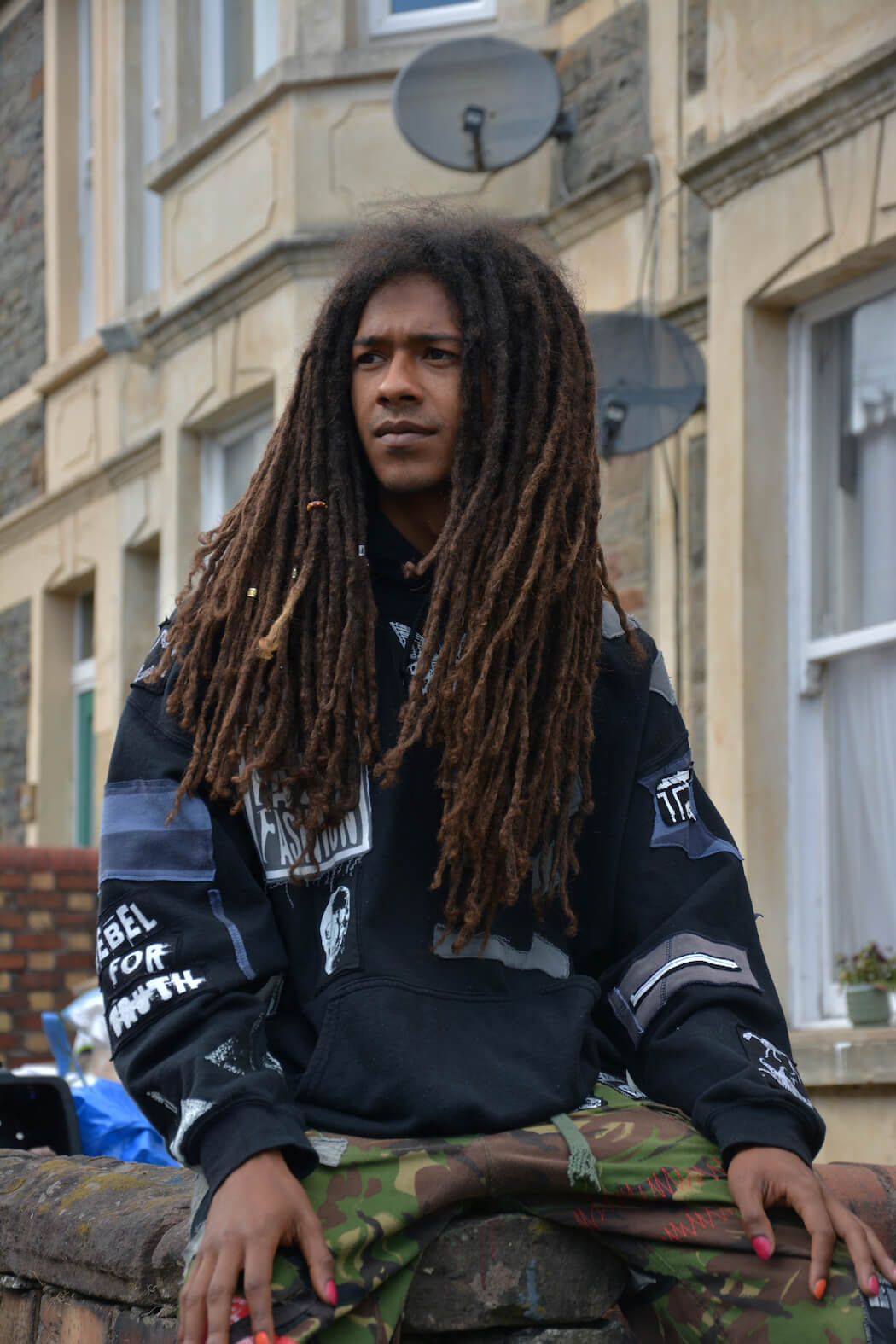 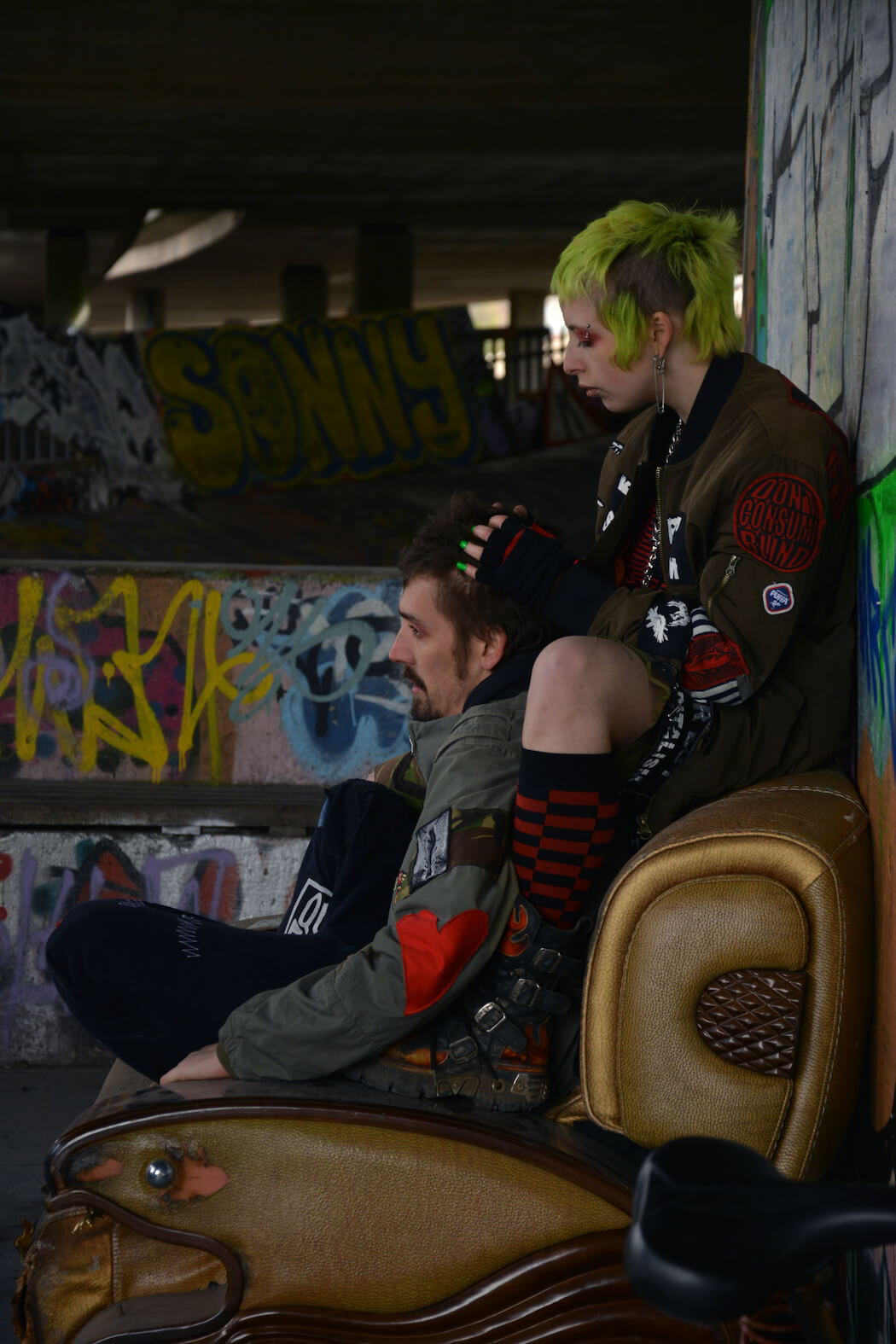 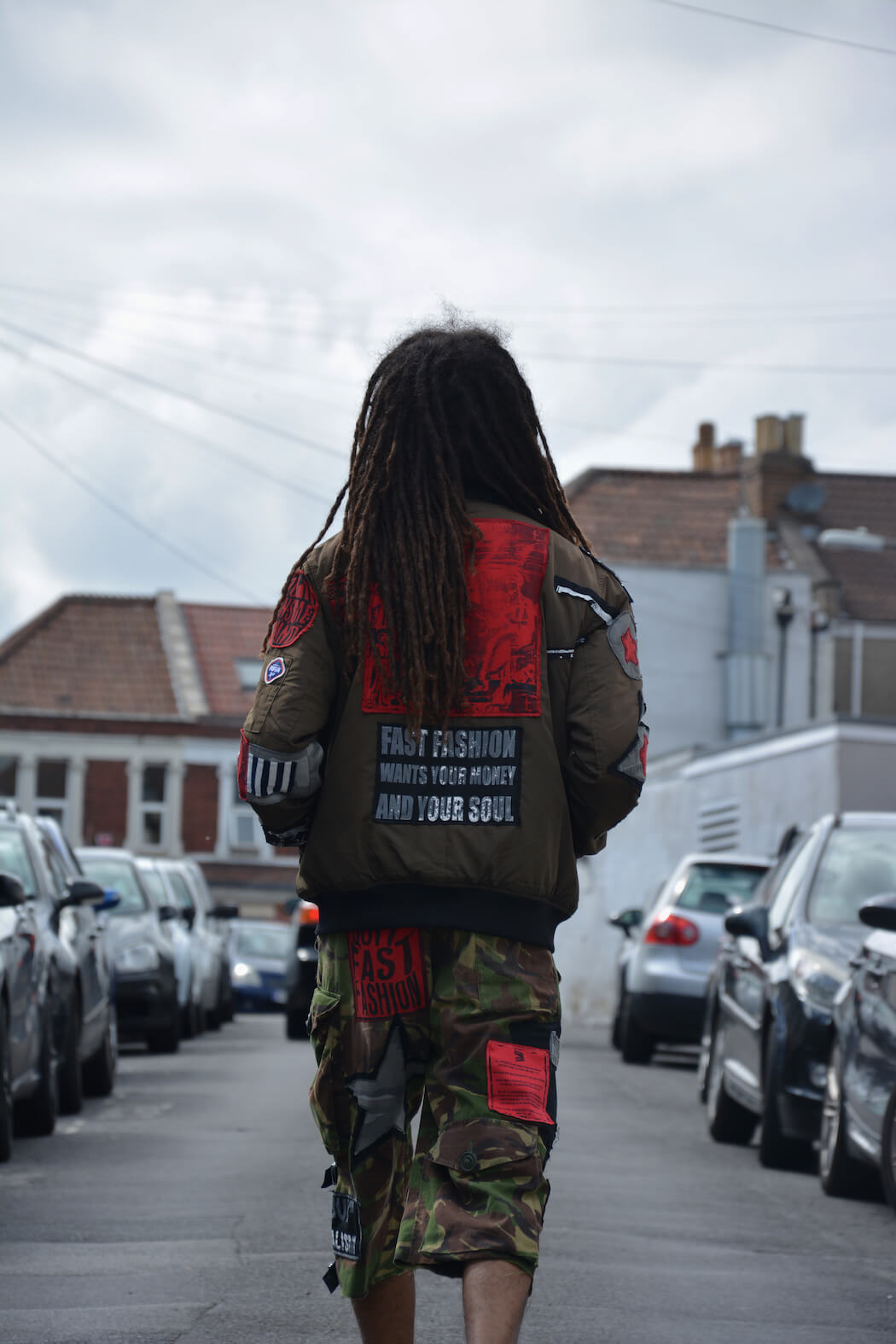 “The best thing we can all do to help the climate situation is to figure out what we’re good at and use this skill to help spark change. 2 years ago I promised myself to never buy another piece of new clothing for Empty Brains and focus solely on reworking second-hand clothing. I switched my motive away from money and made my main priority expressing a protest message in the most sustainable and least environmentally harmful way possible.

When I ask Williams if he views the rise in social media and influencer culture as a catalyst for fast fashion, he agrees but also states how. “Social media is where most people both learn and consume culture and entertainment. Used in the right way I think it can be key to educating consumers about topics such as blind mass consumption. And how is Williams wielding social media as a force for change? “I’ve recently started an IGTV series called ‘Empty Brains Unpicked’ which consists of various ‘how-to’ videos, such as sewing on patches by hand, reworking clothing and showing my process of designing and creating the garments. This allows my customers an insight into what goes into the making of their clothing. Even if they don’t end up sewing on a patch themselves, knowing the time and love that is put into doing so will, I hope, create a respect for the clothing and may allow them to justify paying more for higher quality and ethical garment from a local independent brand, and hopefully loving and wearing it for years.” 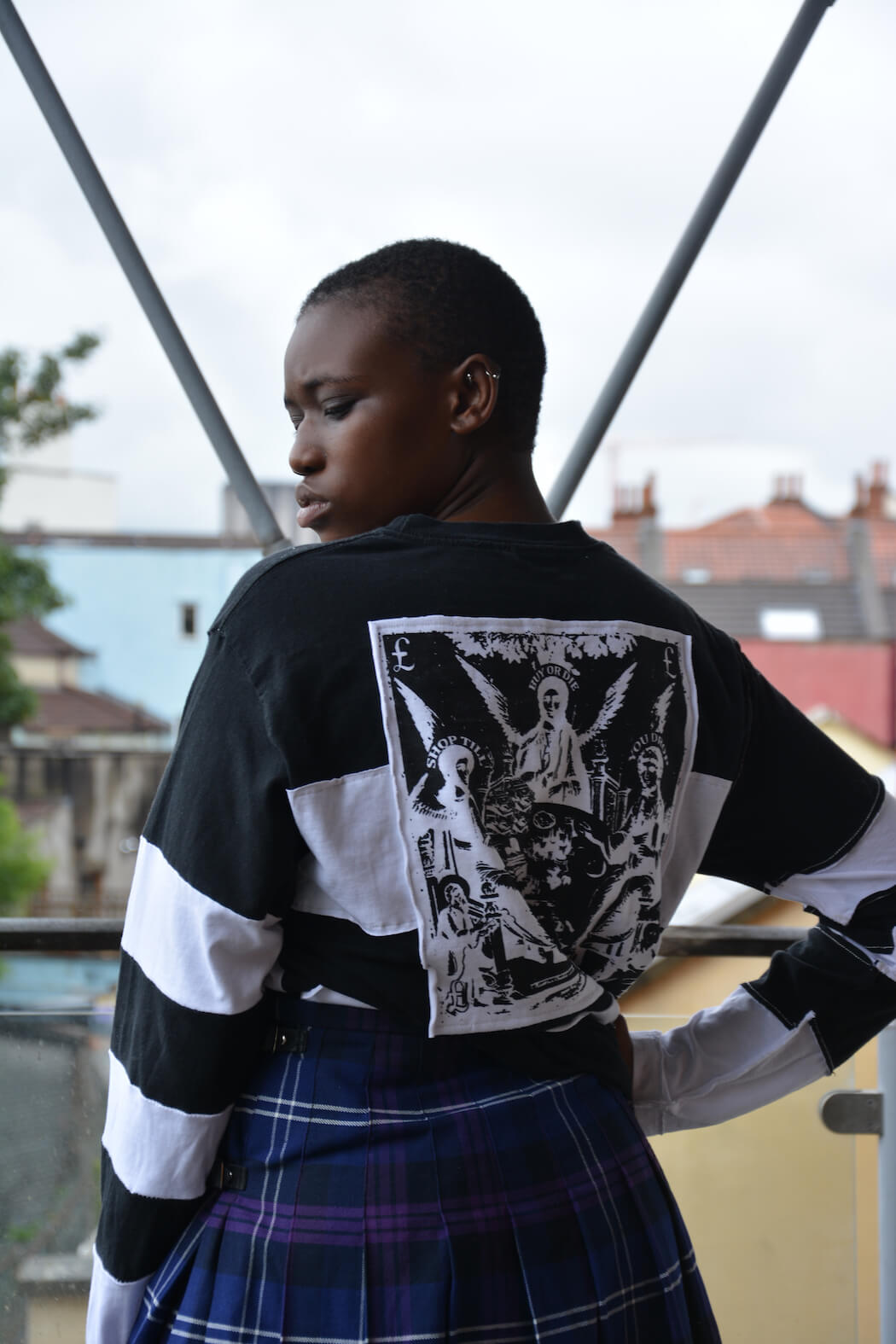 While huge fast-fashion corporations are fighting it out for the greatest profit, Empty Brains instead seek to build a conscious community of ethical shoppers and designers that are equipped with both the knowledge and desire to question and demand change. ‘‘Empty Brains sells clothing, but it is first and foremost an activist art project. It exists to insight positive change in the broken systems created by our predecessors. In a post-covid world, small independent creatives such as myself will need more help than ever and the current industry just isn’t set up to support us.” The fact is, up and coming designers are fed up with the old methods of retail and the endless, tired fashion weeks. They’re looking for a more sustainable option- you can already see it happening. We’re not going to wait for the huge fashion houses and corporations to decide what the next move is, we’re going to innovate and be the change, and if the Dior’s and Prada’s don’t like it they will be left in the past.’ 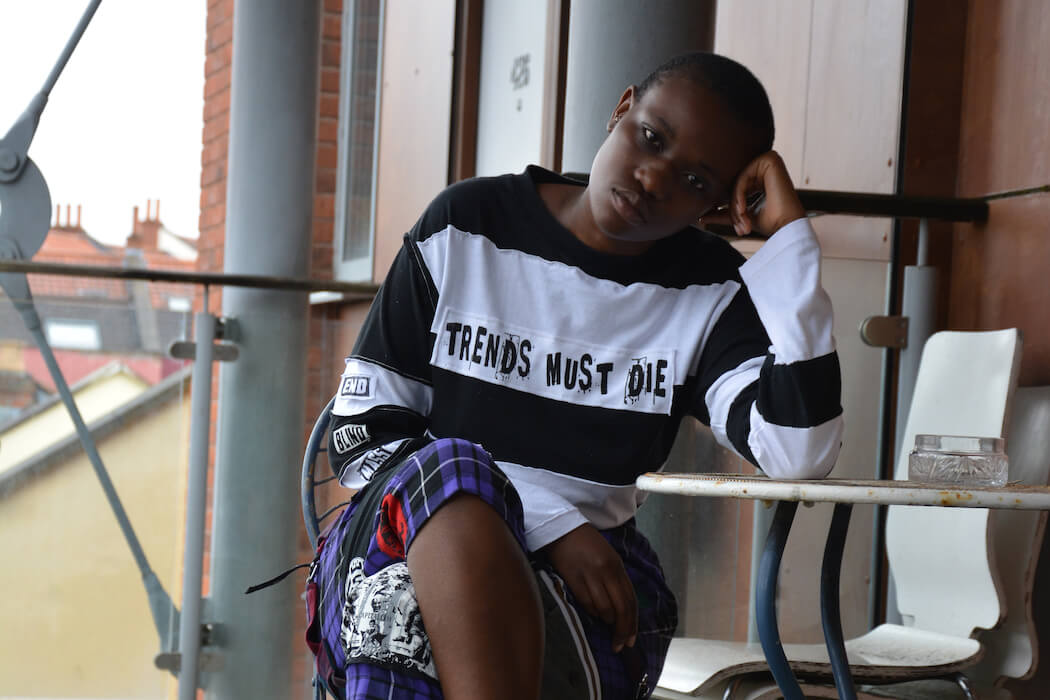