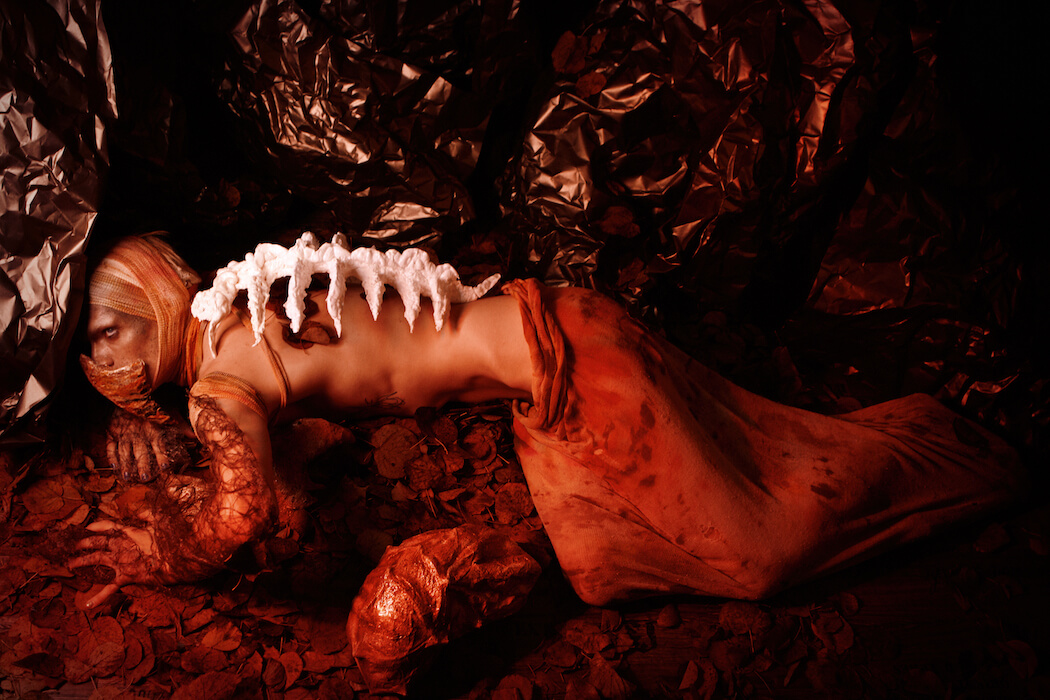 A KALTBLUT exclusive. Photography by Christian David Aragon. Make up, styling and concept by Ferco Mado. Set design and art by Mariana Rodriguez. Model is Lev.

“Hereby one more editorial of Christian Aragón this time being part of a trio of artists who got together in Berlin to share and complement their passion for arts and fashion. FerchoMaDo is the creator of the styling and make-up always guided by his dystopian and somewhat dark views. Christian Aragón, a fashion photographer and producer, sparked the team with his creative hard work and brought the three of them together. Mariana Hoyos, an art director with an industrial design background, contributed with her know-how of building sets and complementing the esthetic of the team.

The project consists of five shootings, based on the four natural elements and the fifth, the spirit that encloses them all together. This publication consists of the photos of the first shoot, the Earth element. Their model, Lev, turned by the visionary custom into a part of the scene, a body emerging from the ground, as the beginning of animals that transported themselves from water to earth. A creature with exoskeleton coming out of his shell and showing us the emotions and feelings of this evolution from one skin to another.” 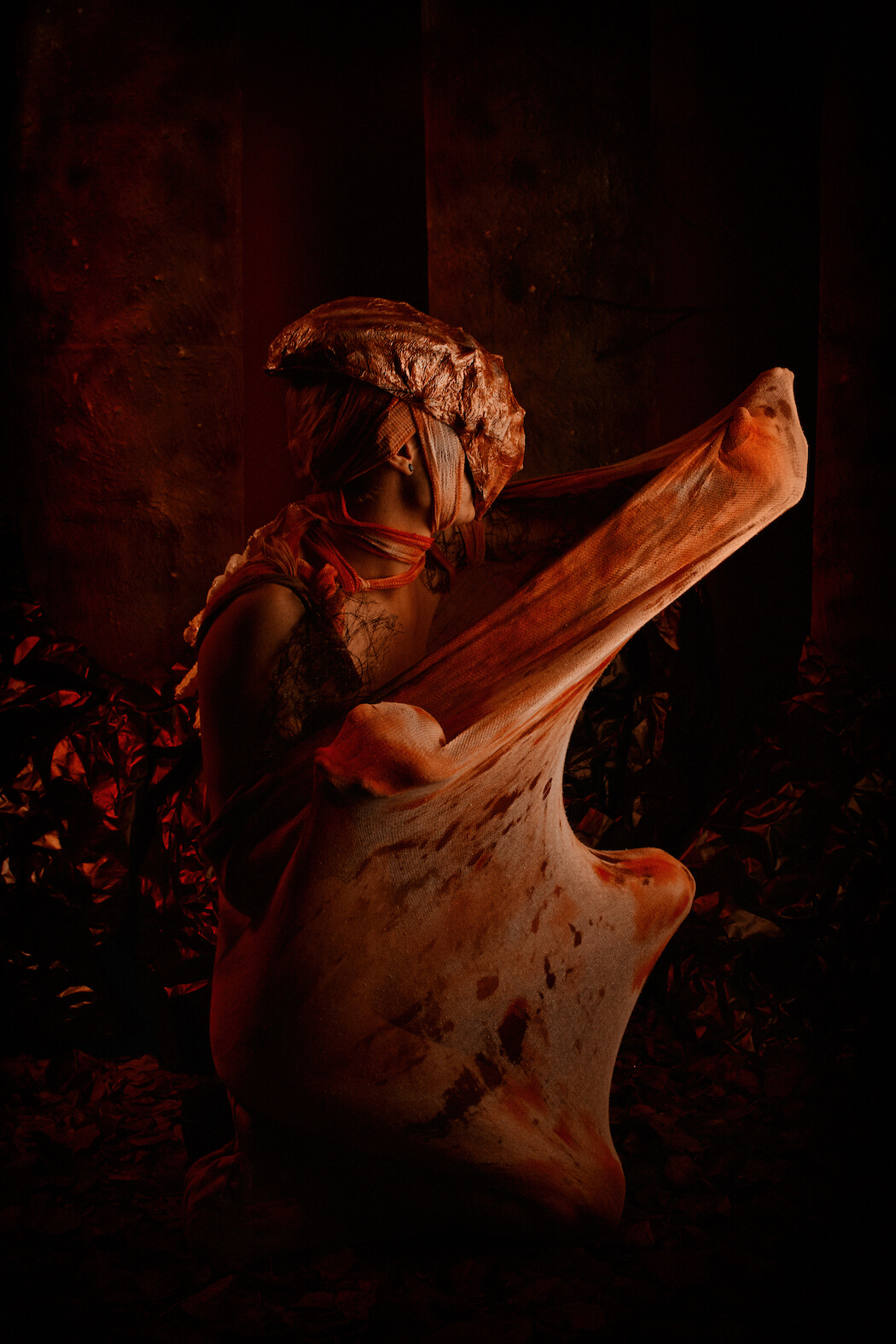 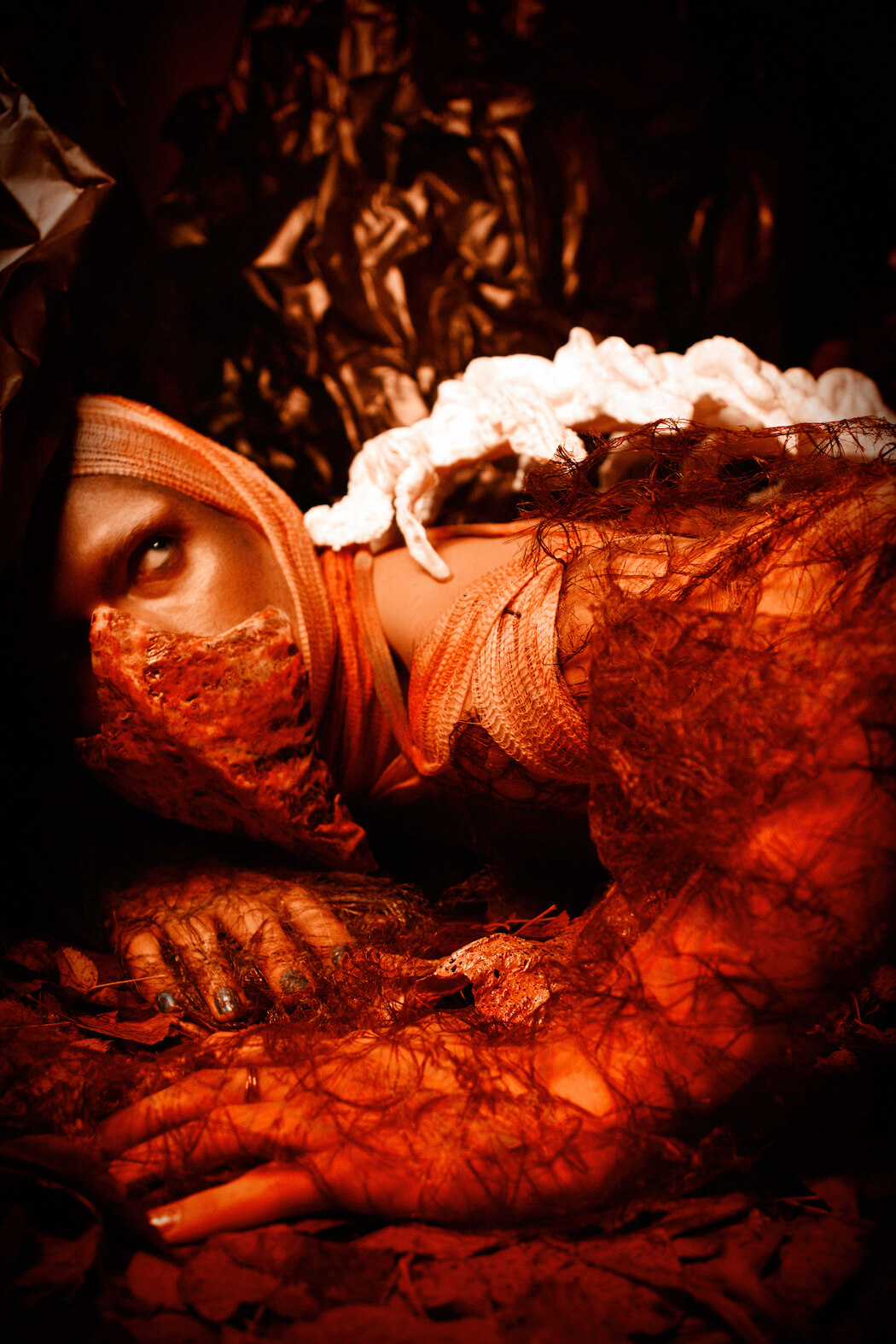 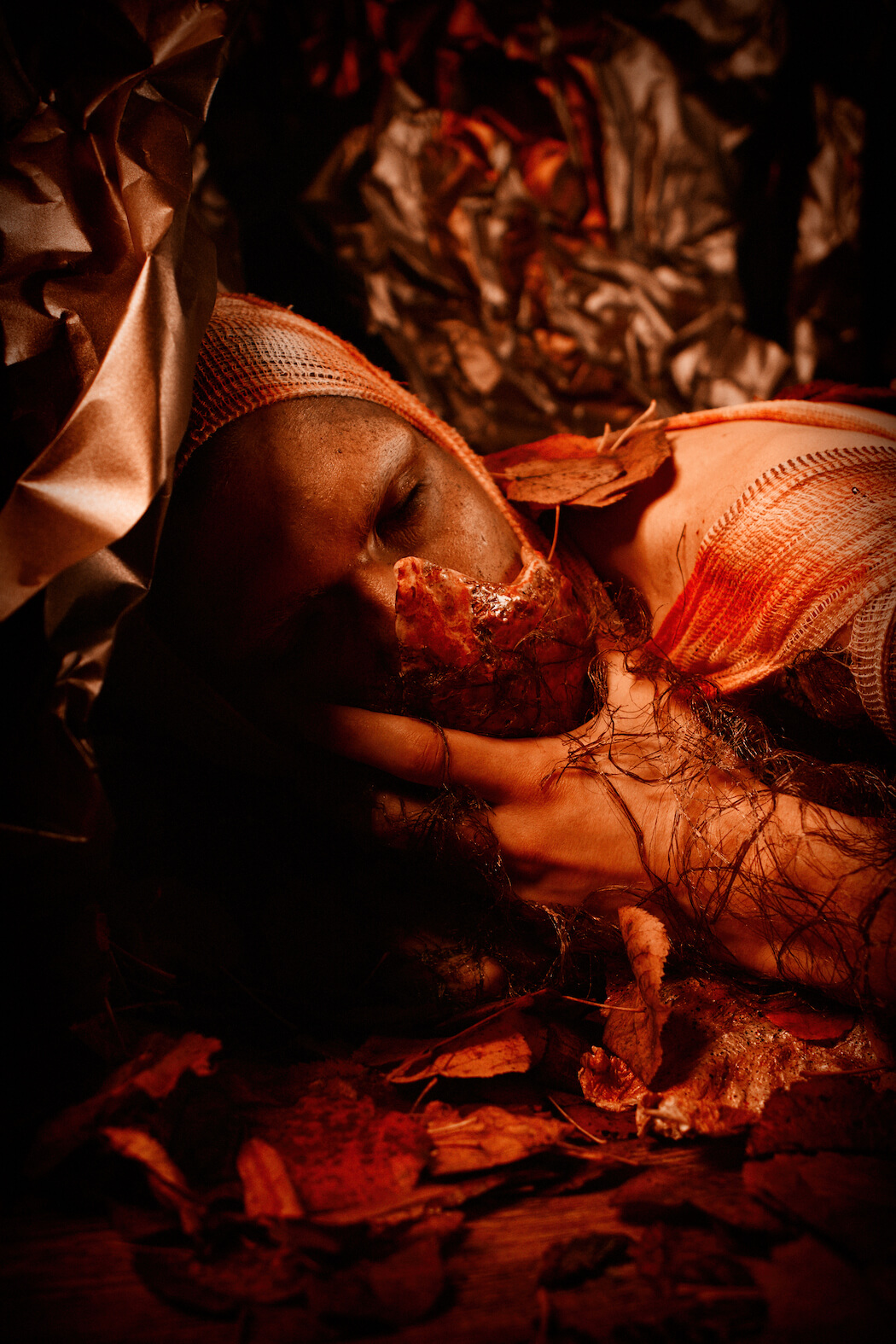 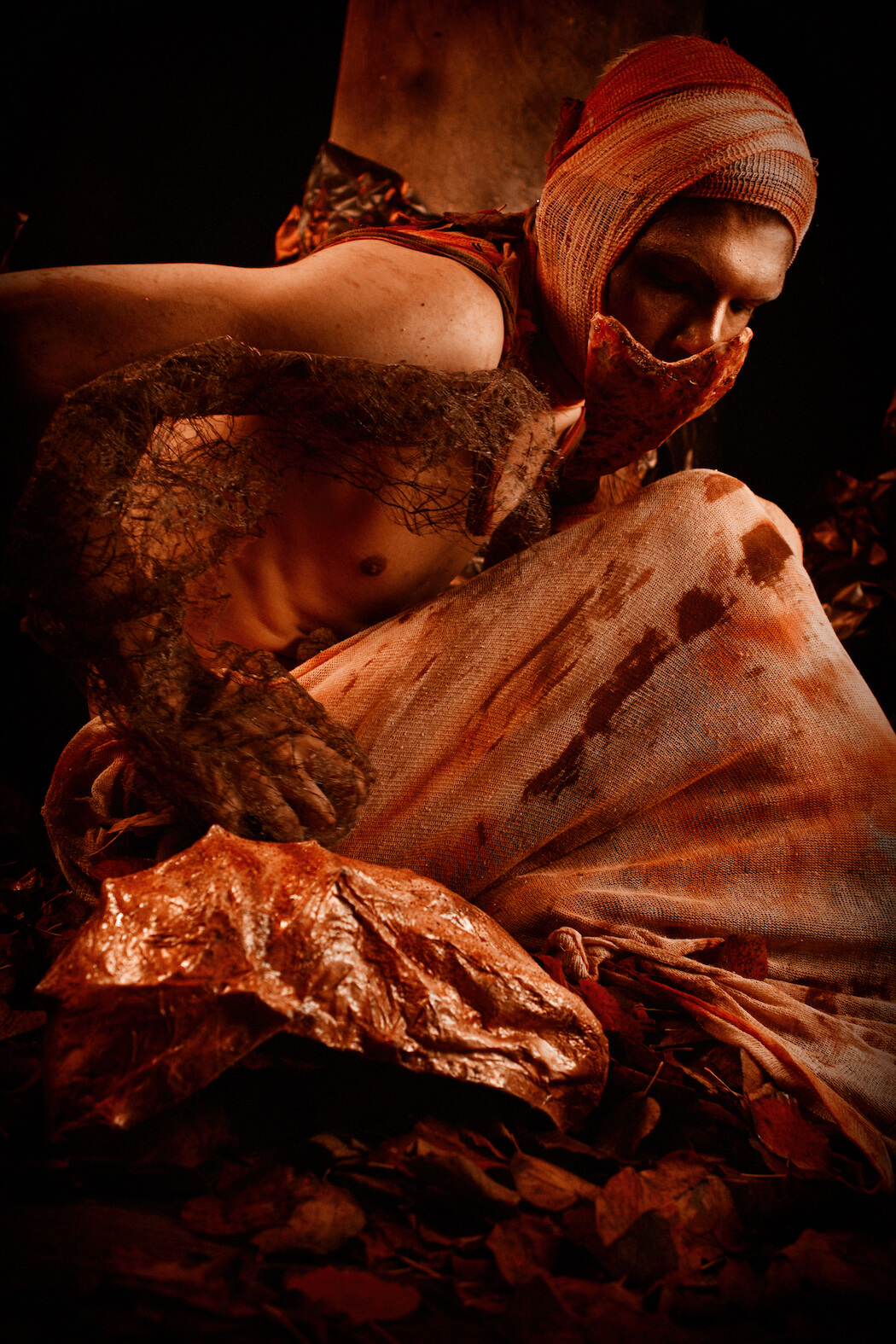 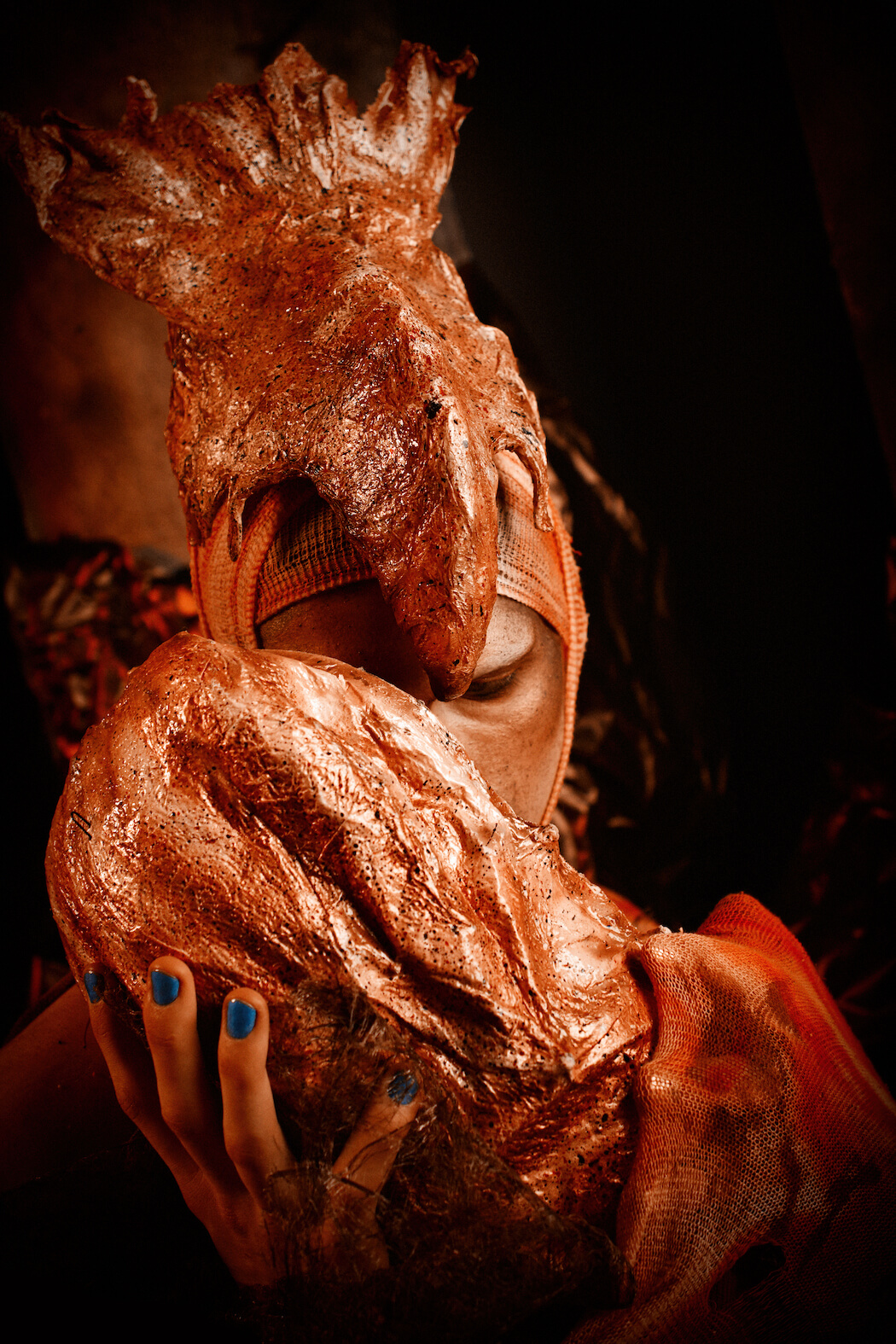 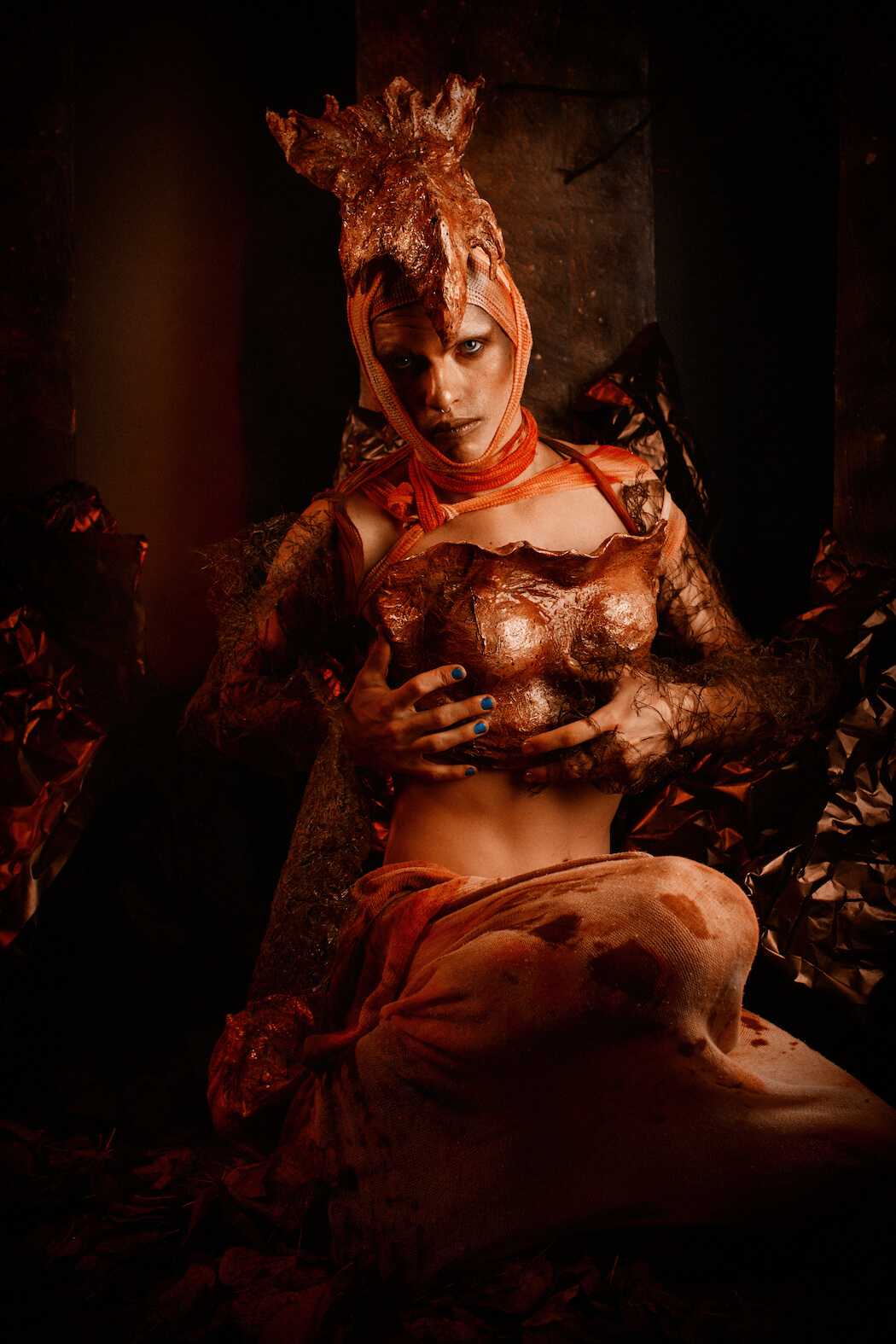 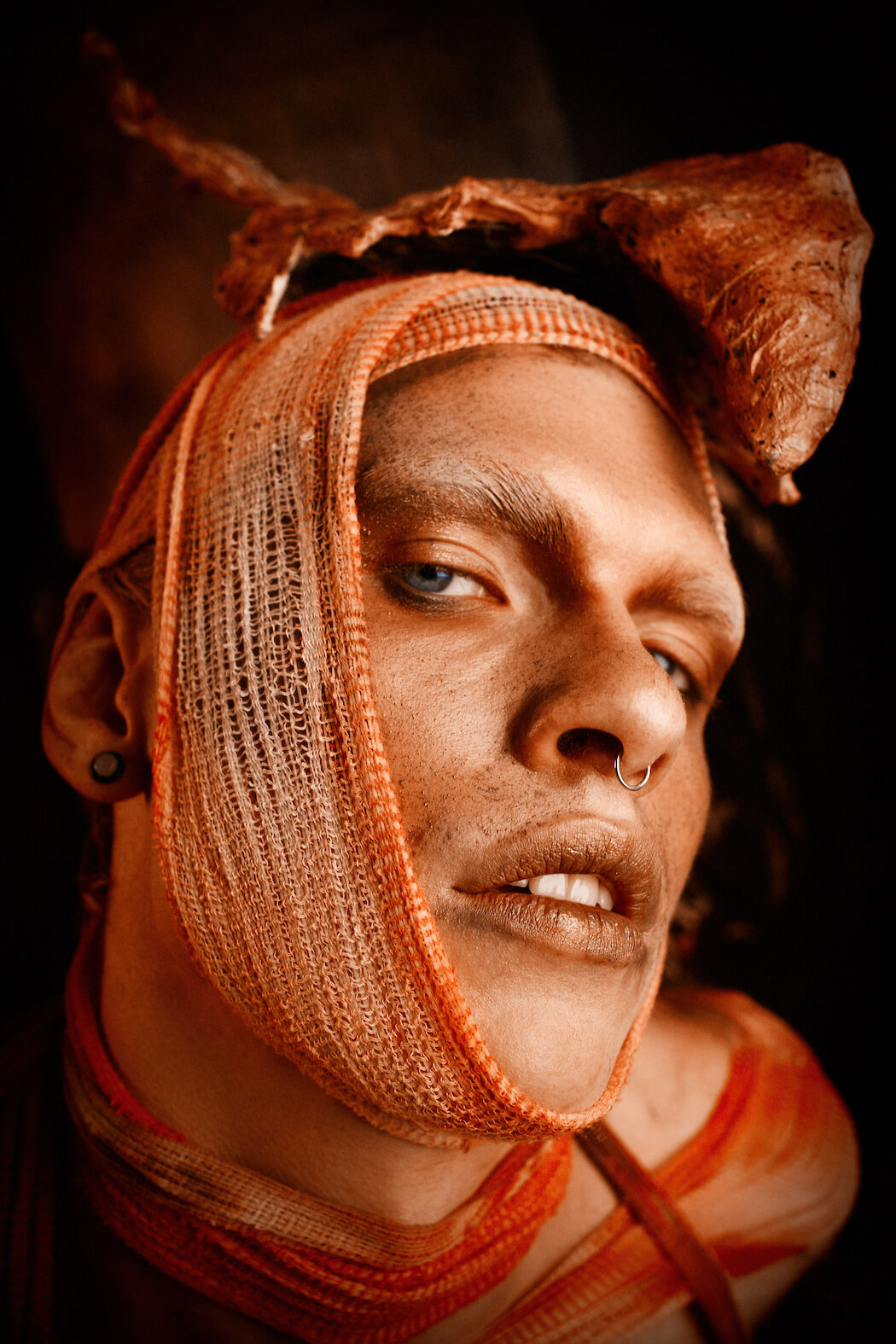 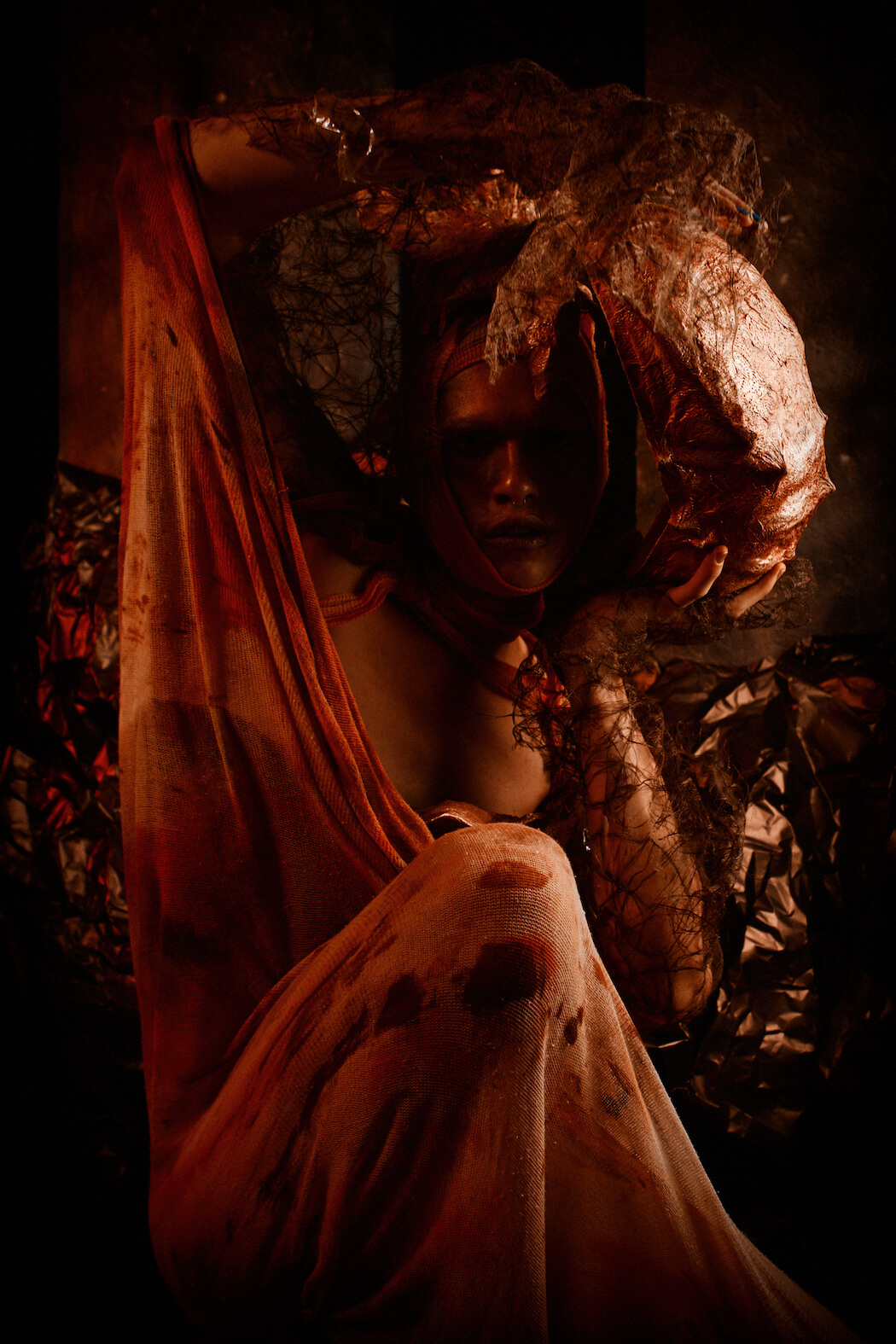