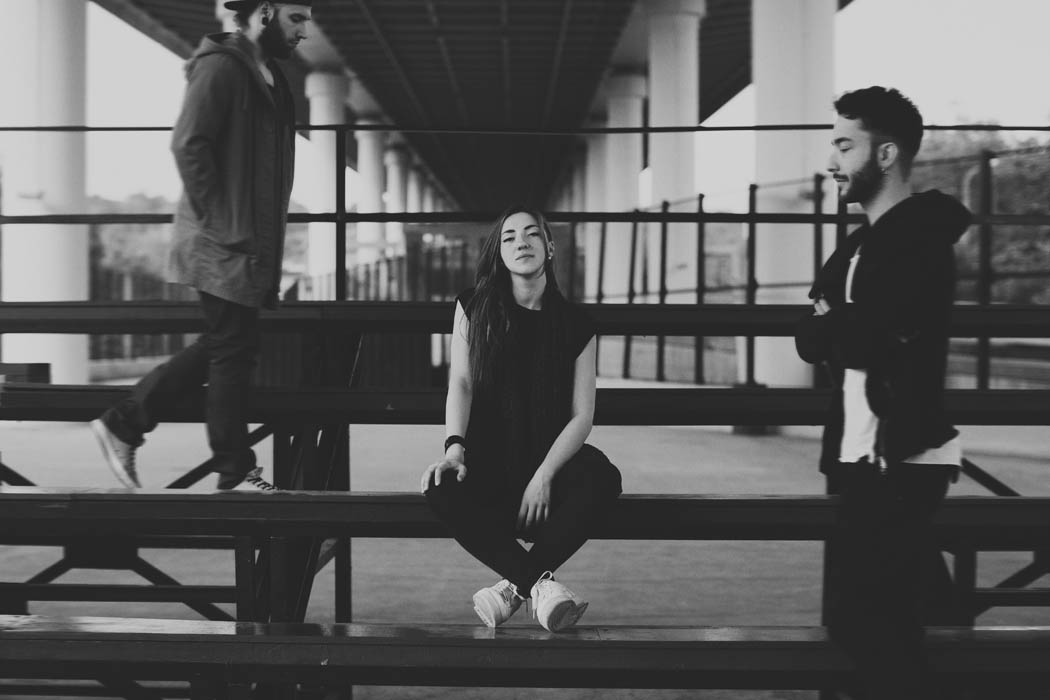 Aanbreken is a musical duo, comprised of producer Tim Aminov and singer Gala Ga, who after 10 years of musical exploration decided to join forces in 2013. With a background of hip-hop, soul, jazz, pop and reggae, Aminov’s heavily ambient and mellow electronic sounds work as a base for Ga’s deeply hypnotic vocals. With a defined manifesto guiding their sound via the release of their debut EP Verge, KALTBLUT delved further into the the mystical world that is Aanbreken.

KALTBLUT: Who are AAnbreken? How did you begin?
Aanbreken: Three years ago I made Aanbreken as a project to experiment with electronic music using different vocals and live instruments. At first I started to work with the vocalist Gala Ga, she influenced the writing on my tracks very much. Now, with the project based in a new direction, I’m going to make tracks with participation from different vocalists and musicians.

KALTBLUT: What influences you musically?
Aanbreken: I’ve always been listening to very different music. In my youth it was hip-hop and also a lots of experimental music, idm, drone, ambient. If we talk about classical I prefer Debussy, Satie, Shnitke. And I’ve always loved avant-garde jazz. After about 20, I became fond of German and Detroit techno and Detroit house. I like very much a canonical of this music. Now I listen to everything that is pleasant to whatever mood I’m in, and the musical texture. So it can be very different music.

KALTBLUT: The imagery for your EP is quite mythological, is this something that you’re interested in?
Aanbreken: My music is influenced by different images, for example I like antique and ancient Roman images. The artwork on EP Verge is a representation of Cornelis Floris work. He’s an architect, artistic and sculptor from the Netherlands, during the times of Bosch.

KALTBLUT: What does ‘Verge’ explore?
Aanbreken: When we worked on this release, I read lots of literature about different rituals and spiritual ceremonies, and of course, I listened to music and sounds during these processes. We can see minimalist structure in it and constant repetition of parties. In Verge I wanted to keep this mood, but wrapped in clear form.

KALTBLUT: Would you say your music is typical of Moscow?
Aanbreken: I’ll let you in on a secret, in Moscow there is no typical sound so far. There are many talented musicians here, but there’s no general sound. With my colleagues, I have a dream to create a community in Moscow, as in Bristol, Detroit or Berlin so that later someone could say “oh, that’s the Moscow sound”.

KALTBLUT: Walk us through the production of a track
Aanbreken: If we’re talking about the approximate scheme of a track’s creation, it goes like this. At first there has to be some mood or state that I want to tell in the music, then using synthesizers I start improvising. I do a sketch and then we start working on the text and vocals. After that we record a vocal. On our Verge release we worked with the very talented vocalist Gala Ga. Then with different musicians we write down other live elements. When all parts are recorded, I do the mixing and mastering of the tracks.

KALTBLUT: Your video for ’29S’ is very dark, what’s the story behind it?
Aanbreken: The track 29S was the very first track of Aanbreken’s. When we made a start on the video the clips turned out dark. The main character in the video is played by Valentin Tzin, who’s a very famous dancer of the Japanese dance ‘Buto’. My close friends helped me with making and production of video, and I’m very thankful to them.

KALTBLUT: Visually, is this something you’d like to continue?
Aanbreken: Aanbreken’s music is not the most cheerful music, so the videos and visuals will correspond.

KALTBLUT: The sound is also different from your latest work, what altered your direction in music?
Aanbreken: Yes, the sound changed and I’ll tell you more. On the new release, which we are recording at the moment, the sound strongly differs from that it was in Verge. I think this is normal. Music shouldn’t be like a stagnant bog. The musician can afford to experiment and look for something interesting. Exactly, there is all high pleasure of music creation in it. You as a researcher learned something new and then you go deeper into uncertainty.

KALTBLUT: Is there anyone you’d be interested in working with?
Aanbreken: Of course, in my mind collaborations are a way onto new horizons in any creation of music, a way in which to leave your comfort zone. I would like to work with musicians like Fink, Raime, Andreya Triana, Shackleton, Arca, Portico and many others.

KALTBLUT: What is lined up for you this year?
AAanbreken:  Creation of new music, the rest is a secret so far!

VERGE is out now on Ki Records!