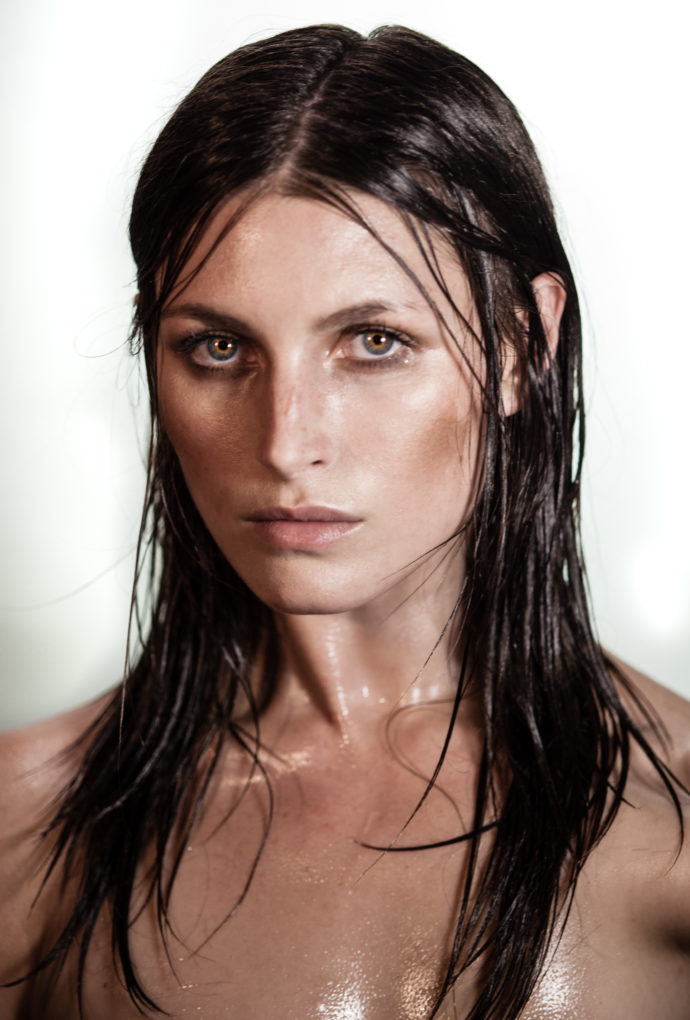 Pop artist, Baby Yaga, makes synth music magic on her debut single, ‘Dreamer.’ The Swedish born musician has amassed massive life experience that seeps into every aspect of her music. A world traveler, she studied music at RYTMUS in Stockholm before traveling to Paris, Milan, London and New York – finally settling in Los Angeles. With a name born from the mythical, forest dwelling creature, Baby Yaga, it’s no surprise that she comes to each of her musical endeavors with an altogether unique perspective. Inspired by the eclectic pop stylings of the 1980’s, she counts artists such as Peter Schilling and David Bowie among her many influences. We spoke to the rising artist about her love/hate for the woods, views on beauty and what she’s working on next.

KALTBLUT: Tell us a little about yourself, who you are and where you’re from, and what inspired you to create your music project?
Baby Yaga: I grew up on a farm in the north of Sweden. I didn’t have much to do when I was a child, so I used to play with my imaginary friends in the forest. Another interest of mine was to run around the fields and sing as loud as I could. Nobody cared. Nobody could hear me. It was wonderful! I still do it when I go home every summer.

KALTBLUT: I read that your name refers to a mythical forest creature, what is it about this environment that you find so captivating?
Baby Yaga: I basically grew up in the forest. My grandparents have spoken of forest creatures since I was a child. It’s a part of our culture. I’ve always been especially obsessed with a mythical creature, Baba Yaga. In Slavic folklore she’s an old woman/witch of the forest who can take many shapes. So I thought to myself, what if the Baba Yaga had a baby who decided to leave the forest and travel to the city? That would be me! Baby Yaga.

KALTBLUT: The forest show up again in your visuals for ‘Dreamer’, and it looks pretty terrifying! What was it like working on this with Patrick Von Barkenberg?
Baby Yaga: Patrick and I have worked on a lot of different projects together the last couple of years. But it wasn’t until recently we realized that we should make music videos together. He’s a wonderful director. No one understands me like him. It’s hard to even imagine how it would be to work with somebody else. He must have a map to my brain!

KALTBLUT: Is this vision something you dreamed of personally? Being trapped in the woods?
Baby Yaga: The forest is my biggest love, but also my biggest fear. Probably because of all the creepy stories I head when I was a child. There’s nothing more frightening than being alone in the forest. Nobody can hear you scream! I used it in my music video as a metaphor for how lost and paranoid I felt in my dysfunctional marriage. I got married very young so the monster in the video is the monster what was my marriage.

KALTBLUT: Tell us about your next visual installment… Did I see latex in the behind the scenes clips? I feel like Pandemonia would approve…
Baby Yaga: I certainly hope Pandemonia will approve! My next music video which is going to be “Video Number Two” is a series of three videos about the dark side of relationships. It’s called “You and Me”. It involves a gimp in a latex suit and mask, and me sporting a creepy doll/cartoon outfit. It’s a metaphor for what people hide in their perfect “relationship closets”.

KALTBLUT: Do you think that it’s a necessity to combine all sound with visuals? Or is sound sometimes just enough?
Baby Yaga: I think it’s important that a song can stand on its own. But personally I prefer to combine visuals with music. It’s like giving the sound another dimension. I’m definitely a very visual person and I see myself as an Artist rather than just a singer songwriter.

KALTBLUT: What is beauty to you? Something natural or man-made?
Baby Yaga: Beauty to me… is usually a combination of the both. I think natural things tend to be beautiful no matter what. I can’t think of one thing in nature that isn’t beautiful to me. Man made things on the other hand, can be either beautiful or ugly.

KALTBLUT: What can we expect from you these next few months?
Baby Yaga: I’m working on two more music videos right now… So you can expect at least two more videos the next few months. After that I’m planning on finishing an album and combine my music with some type of performance art. We’ll see what happens.