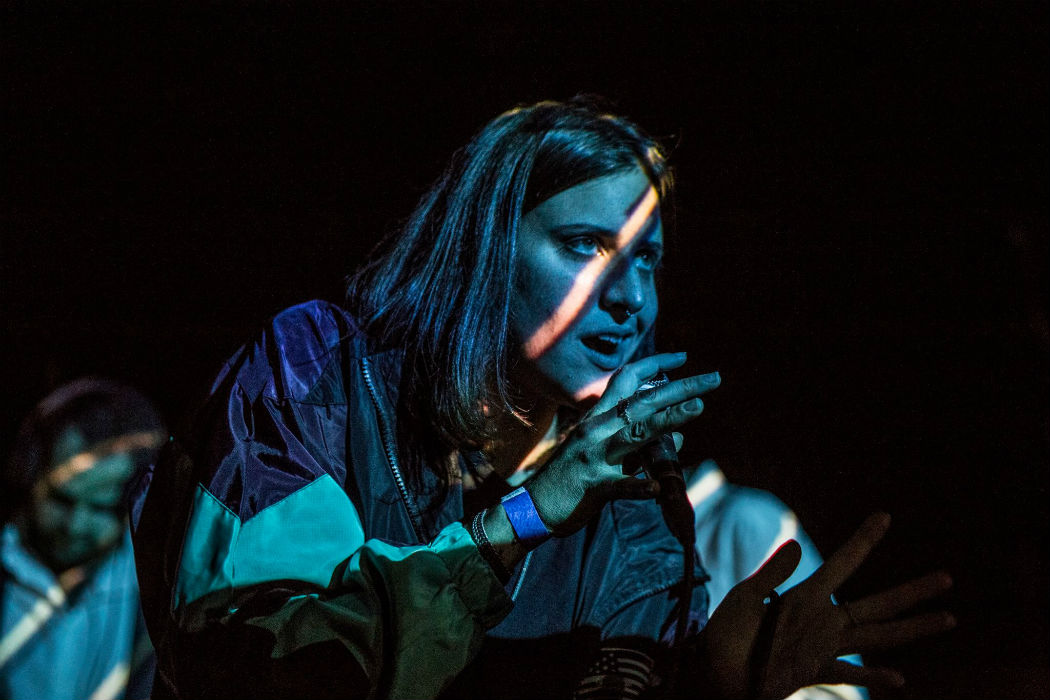 Tel Aviv based collaborative project Choke (also known as Choke Beat Orchestra) just released the first single for their upcoming album – and they casually went and performed it on the world’s biggest MIDI sequencer. GRIDI, built by Yuvi Gerstein, is mixing up the way people interact with music. Beatmakers Choke (Adi Rotem), Peter Spacey (Omer Luz), 1204 (Roy Yarom) and vocalist Jenny Penkin put this to the test and showed us just what can be achieved on the intuitive music-making device with a live rendition of their super slick single, ‘Money’.

Choke was formed in 2017, showcasing Ableton based beats with the custom MIDI Fighter 64 in a ‘one man band’ show that combines light, art, and music. After playing together for the very first time in Choke’s debut album release party the group started developing their own unique performing style which combines live beats and mesmerizing visuals. Adi Rotem (Choke) is the outrageous Tel-Aviv based controllerism artist Adi Rotem. Adi has dedicated his musical career to challenge sample owners using ten of his fingers, and some old vinyl records and vintage synths.

Jenny Penkin joined Choke Beat Orchestra as a vocalist after releasing her own debut album. After studying in Berklee College of music, Jenny toured with Marina Maximilian Blumin and collaborated with Choke on ‘Collaboratory’.

Spirulina (AKA 1204) is the MPC master Roy Yarom. Roy is known for his exciting old school / Lofi beats. Working with both AKAI MPC and NI Maschine, Spirulina is probably one of the best finger drummers in the Middle East.

Choke is working on their 2nd album that will be released later this year.