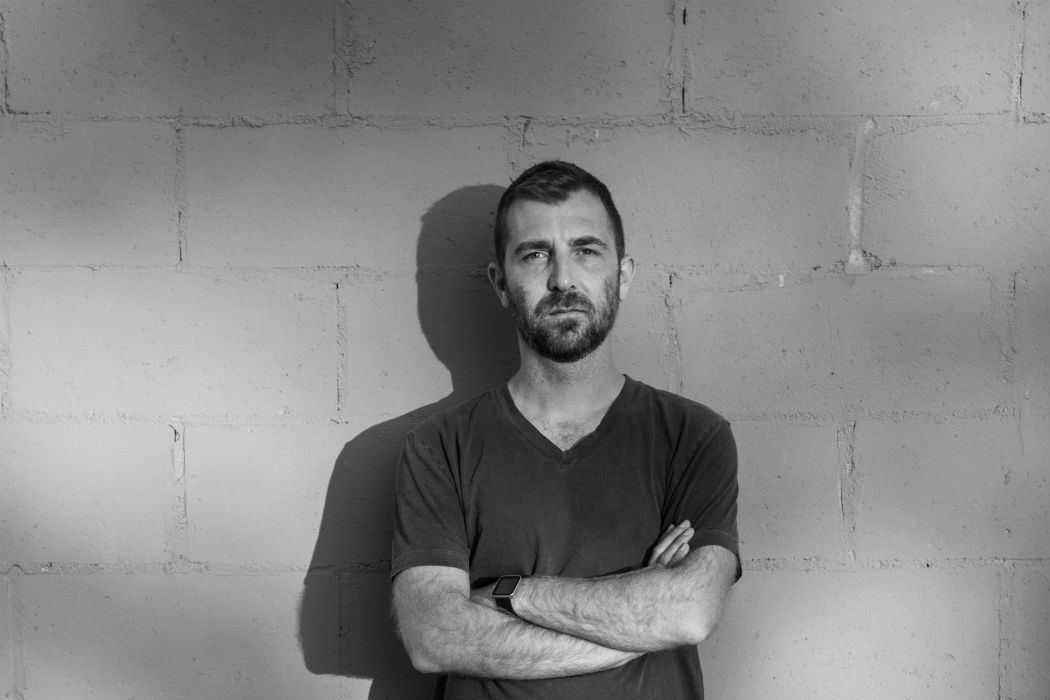 After a decade’s absence spent working in commercial sound design, New York based electronic musician and producer Joseph Fraioli returns to his Datach’i alias for a brand new album entitled ‘System’. Released on Venetian Snares’ Timesig imprint, ‘System’ features 16 tracks of beautiful yet often unsettling electronic music recorded exclusively on a Eurorack Modular synth and brings to vivid life the often dry world of custom patch bays and sound design. Fraioli has gone out of his way to make things difficult for himself. Like some ascetic Techno monk he has allowed himself no external sequencers or computers, instead he has embraced the limitations and challenges of the modular setup. Talking about how the album was recorded, Fraioli explains, “The modular setup itself doesn’t really work without an operator, so it’s more about me and the modular becoming a single system. It’s akin to conducting an artificial intelligence machine of sorts, partnering with it in a way where you’re able to coax it into expressing a certain emotion. It’s amazing when you’re able to step back and witness the fully automated modular system making a structured and warm musical composition. It’s like the AI is alive.”

The resulting album is, perhaps surprisingly, Fraioli’s most ‘listenable’ to date. Where previous Datach’i releases have aggressively explored the extremes of sound design, ’System’ is a more personal album; one influenced by his friends, family and even, when they go out of their way to attack him, the animals around him. “Basically I just love to make the kind music that I enjoy listening to, and right now ‘System’ is a pretty pure representation of that.” Fraioli elaborates, “in the past I wanted to explore the boundaries of what could be considered music, and while that kind of exploration is still important to me, it can sometimes end up veering towards the academic. This time, I really wanted to make connections in the music to things that are important in my life, and introduce some energy from those interactions into the music, which perhaps made ‘System’ more approachable.”

This passion of creating systems is one that permeates much of Fraioli’s life, from his day job running a sound design studio to designing his garden to specifically attract different varieties of butterflies – which in turn would inspire the eerie strains of ‘Monarchs’. Meanwhile, Fraioli’s experience in sound design informs every acidic squelch, nebulous pad and metallic percussive element, creating an unsettlingly organic feel to even the most unnatural of sounds. Still for all the talk of process and design – whether it’s tracks like the aforementioned ‘Monarchs’, the spacious ’Nebulae V2’ or the apocalyptic ’122112’ – ‘System’ feels less like a science project and more like alchemy, a magical process that breathes life into the baffling arrays of patch bays, oscillators and cables. Having released 6 albums between 1999 and 2006 on labels including Planet Mu and Sublight, Fraioli has spent the past ten years running award-winning sound design company, Jafbox Sound, where his productions for film, TV and adverts have been recognized by the likes of the Cannes Film Festival and the CLIO Awards. In 2014, Fraioli also joined forces with Interpol’s Daniel Kessler, forming ‘Big Noble.’ Their freshman release entitled, ‘First Light,” combined Fraioli’s approach to sound design with Kessler’s guitar work to create cinematic, ambient soundscapes.

‘System’ will be out August 29th via Timesig