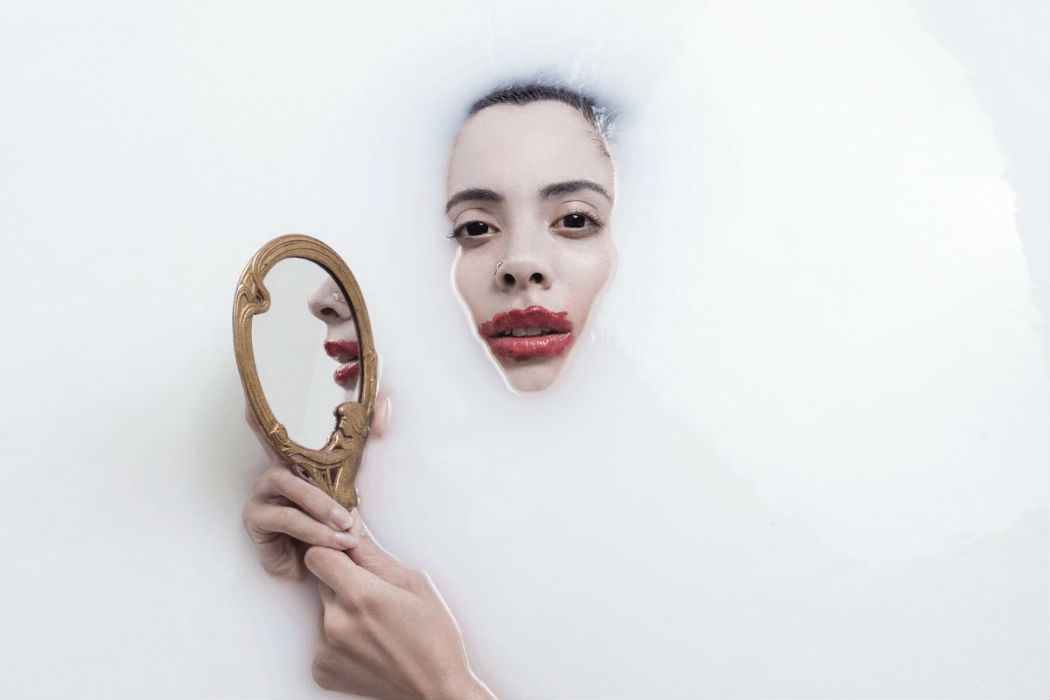 HEZEN is the creation of London-based French producer and songwriter Sarah Hezen. Her indelible material comprises electronic beats layered with orchestral instruments, tackling themes that explore the body, femininity and the uncanny. Inspired by fairytales and sci-fi, her electro-fantasia soundscape is tender and brutal, organic and synthesised. Her debut EP, STIGMA, released on 27 January, is a collection of songs about violence and resistance, and wholly conveys the spine-tingling atmospherics that are the motif of electronica’s new sensation. HEZEN will stir something in your heart, and under your skin.

Evoking the sublime unease of Massive Attack and the poignant vocal execution of Sia or Thom Yorke, ‘Oil Fire’ is a downtempo electro masterwork, a redolent digitalist ballad underscored by cool trip-hop grooves. HEZEN sings of resilience, of rolling with the punches, as she produces a beautiful take on the maxim what doesn’t kill you makes you stronger.

Created by HEZEN with her iPhone, a macro lens, and with post-production on After Effects, the striking video captures the singer alone in her room, dressed in clay. The results are raw, vulnerable and claustrophobic, making the body seem reptilian at times, or blistered by flame at others, but also suggesting a tough, protective armour, thus apposite for the theme of this bold and unforgettable track.

Flowering over a surreal fairground melody and the muffled rhythmic vibe of the party-next-door, ‘The Girl You Want’ is about the experience of women as objects of desire. The idea for its video came to HEZEN almost like a vision while she was in a half-awake state. “I saw the whole film from start to finish in a very detailed way,” she explains, “almost like a hallucination, synced with the song in my head. I called Alice Seabright (the director and my collaborator) the next morning and we started working on it. She brought together the incredible team that literally made my dream come true.”

‘Try Me’ is essentially a seduction with a twist: the story of a bold and hedonistic dare that has an undercurrent of danger, as if a warning. HEZEN’s sensual vocals are delicately woven around an addictive oscillation atop a halting bass drum pattern, breathing life into this cautionary tale.

With vocals pared-back, raw and exposed over a heartbeat-like rhythm, ‘Smoke & Mirrors’ slowly crescendos as HEZEN bares her soul to tell how the veil is ripped and the true self reveals itself, resulting in clarity and understanding. It is the sound of her epiphany.

STIGMA is out now & you can watch HEZEN for free at The Victoria, London on March 28th