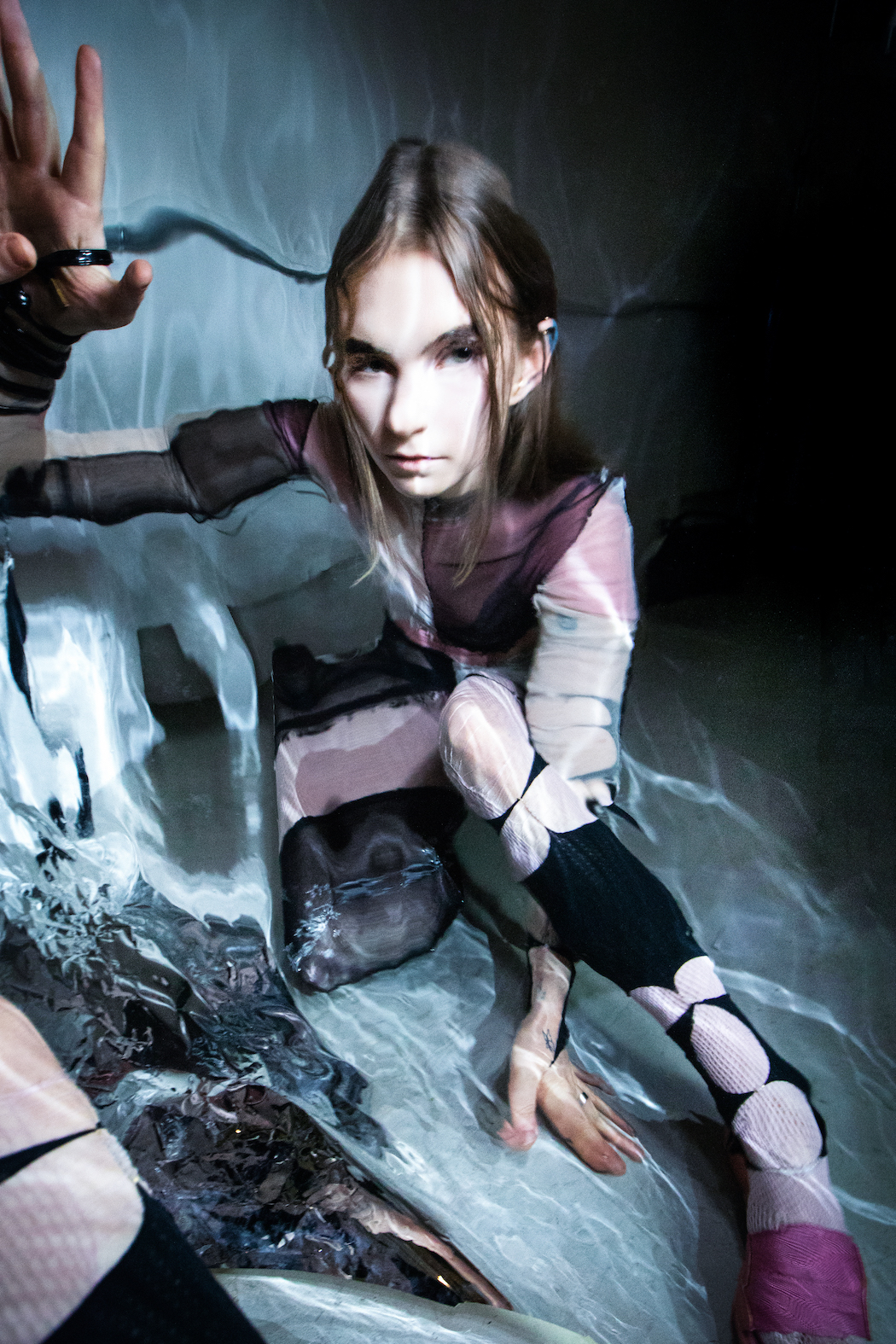 Over the years, the New York native multi-disciplinary artist James K has quietly honed her peculiar aesthetic, working across sound, visual art, performance, feminist theory, and writing. Deeply rooted in a conscious art practice and a mythology of her own, she often carefully overlaps fragmented elements from each of these mediums, creating hybrid works that can exist across platforms—from live experiences to video, albums, printed media, manifestos, or combinations thereof.

Equally organic and electronic, her sound is a combination of odd dreams, layered textures, and vocals, both incomprehensible and appealing — forming a multi-faceted identity. James K is a concentrated dose of emotion, which in turn ties together ripped, broken, morphed and enchanted samples. She often code-switches between vocal and instrumental performance to sound design and synthesis production, performer to behind-the-scenes director, musician to poet, visual artist, or filmmaker. Her work forms a layered archeology of networked characters, symbols, meanings, and activities all imbued with a unique visual language and mythology. James K has established herself within the New York and Berlin scenes of experimental artists and musicians and has released her music with labels PAN, Dial, 1080p, UNO NYC, and her own label, She Rocks!. She has also released collaborative work with artists such as Drew Mcdowall, Yves Tumor, Mykki Blanco, and Gobby, as their band SETH. She has toured through the US and Europe extensively, performing for a variety of audiences; from underground spaces and basements, to established galleries, museums, venues, festivals, and theaters.