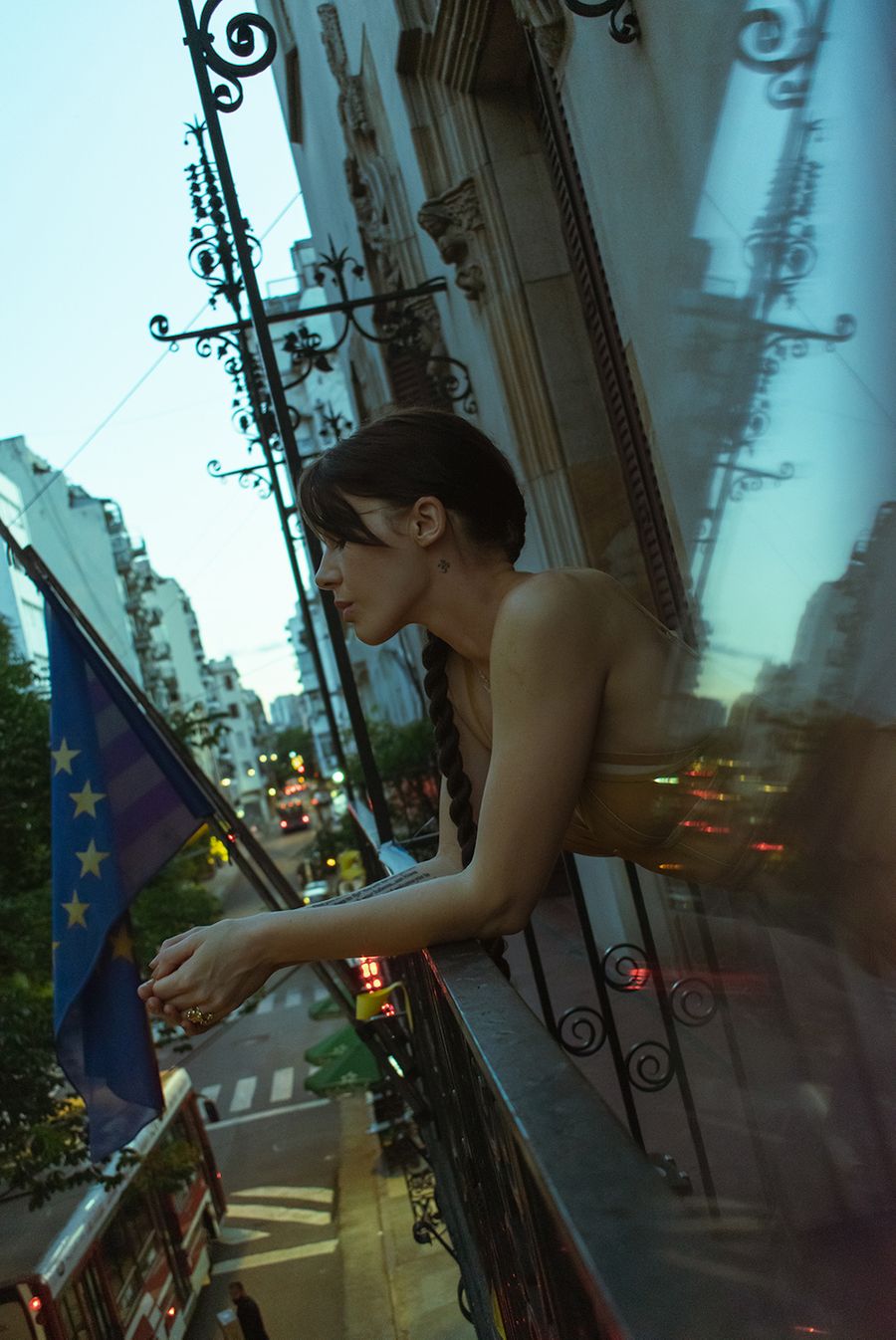 Berlin-based cellist turned experimental R&B maverick Jeannel releases her new EP ‘Black Sesame’. The singer, producer and classically trained cellist was raised in a household where classical music reigned supreme. With a mother who fought against patriarchal pressures for most of her life and a father for whom singing and playing music became the safest way of expression, the human condition informs every element of Jeannel ’s artistry. With her adolescent years shaped by classical music, techno, R&B and theatre, Jeannel found herself surrounded by the thriving musical underground of NYC whilst on a visit and the sounds of Zebra Katz, Kelsey Lu and Kelela, inspired her to begin a music career in Berlin.

The world is suffering from the pain of thousands of years of over – exhaustion of a toxic male principal, for the sake of competition, productivity, materialism, rationality and exploitation.

Black Sesame is about self-empowerment, the by-product of my personal healing journey from the trauma that the imbalance of the world has inflicted on my own blood line and the collective trauma that is interwoven into our bodies and psyches.

With a co-sign Chilly Gonzales, who featured her on his show ‘Music’s Cool with Chilly Gonzales’, she became an alumnus of the distinguished Red Bull Music Academy in 2018. Taking a trip to London in March, Jeannel also performed a spellbinding set in Pianosmiths.

The four-track EP is an exploration into Jeannel’s deconstructed and glimmering R&B reminiscent of Sevdaliza and Jessie Ware, combined with her manifesto on femininity.

Black Sesame is out now: https://ffm.to/blacksesame