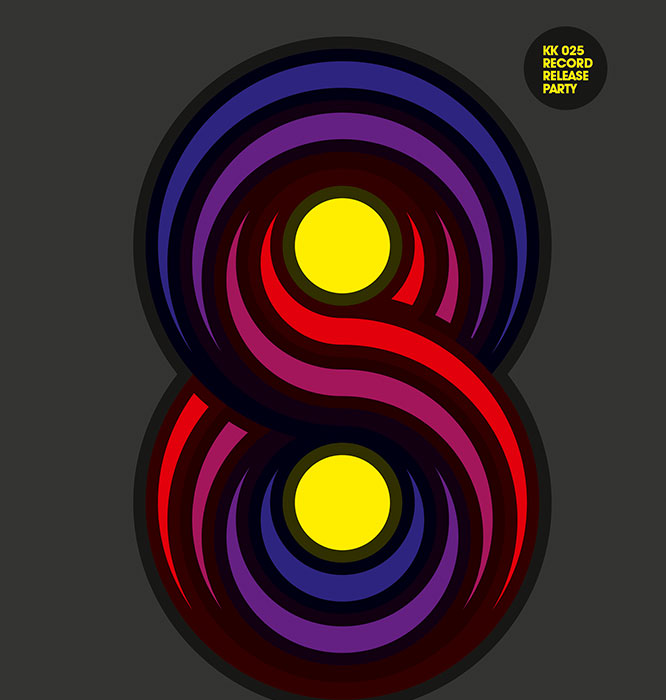 Killekill is the brainchild of Nico Deuster aka DJ Flush, a long time proponent of the Berlin techno scene. Killekill began its journey as a weekly club night at Berghain Kantine, tying in experimental threads from the harsher outskirts of electronic music.

The night quickly grew into a label, boasting a far-fetching roster of artists. Old-school legends, heroes of the underground and young up and comers all share catalogue space. Neil Landstrumm, Alex Cortex, Eomac, DJ Spider and Cassegrain & Tin Man are all regulars of the imprint.

Killekill is a breath of fresh air in an oft overzealously serious and unnecessarily bleak techno scene. The label’s take on the genre is one which avoids facile shortcuts, instead injecting a sense of humor and a very much rave inspired ethos in both its releases and parties. The sounds on display demonstrate a long-standing dedication to and appreciation for the harder ends of the electronic spectrum.

The label has grown into a mini empire which now boasts a festival – Krake – a booking agency and a sub-label, Killekill House Trax, which focuses on banging house from the likes of Hitsafe, Hard Ton and Affie Yusuf.

Killekill is fresh from the release of its second label compilation. Killekill Megahits 2 sees the return of familiar faces and the introduction to a fresh batch of artists with the epic electro of Umwelt, the legendary Detroit Grand Pubahs and the rave sounds of Bintus and Jerome Hill proving to be highlights of the compilation.

Killekill Megahits 2 also marks the end of Killekill as we know it. A host of sub-labels is set to take the place of the mothership, in a move that somewhat mirrors the path of another versatile, path-clearing imprint, Dutch powerhouse Clone.

Ahead of Killekill’s eighth birthday celebrations on June 3rd at Griessmühle, we asked the label’s creator to reminisce on five of its key releases.

Of course the very first record of my label has a very special meaning to me. Before I started Killekill I was sitting on some music which I wanted to release for a while, but I didn’t really know how to start. The first record always gives a label a direction and creates expectations. But I didn’t even know, which way it would all go. How could I keep it as free and open as possible?

When Alex Cortex sent over this release which had been signed to another label before but was never released (see the erased etching on the vinyl!), I thought it was the perfect record. It crosses from a veritable house hit (More Ravelike) over detroitish techno to super freaky electronic jazz as in Alien Acid. In my eyes it was perfect to start a label with.

Our tenth catalogue number was a milestone for us. We had grown rapidly and a family had developed. This was why we wanted to make a statement and bring them all together. Doing this I realized how far we had got: 3 vinyls with legendary artists on it such as Neil Landstrumm, Bill Youngman, DJ Stingray and Radioactive Man, newcomers such as Lakker, Furfriend or the Snuff Crew – there was so much good music on it, it was an amazing experience to work on it.

This is a particularly important track in the Killekill history as I had been sitting on it for a long time, even before I started the label. I heard Spoock in a dj mix by Swarm Intelligence and contacted him to find out what it was – just because I wanted to play it out myself. He then told me it was from a friend and it was unreleased. I got in touch with Ian (Eomac) and he gave it to me to release it on vinyl which was new to him at that time as well. With its extremely dark atmosphere and the simple melody I thought it was a hit, and I never really felt it was the right time to release it until cat number 012. Why? I don’t know really… I wanted the label to be “big” enough before I released a hit, and I wanted to avoid to have a hit on one of the early releases and then nothing of the same quality following. A lot of labels do that, and I find it really sad in a way. Looking back now I must say, I might have been a bit too cautious, but I am thankful Ian had patience with me and trusted in my decision. I released music of his Lakker alias which he runs with Dara Smith before anyway (Killekill 005 – Lakker – Spider Silk). By now Ian and Dara both became friends of mine, so this is another reason why this record is particularly precious to me.

Cassegrain & Tin Man had sent me a demo in the early days of the label, which immediately clicked with me and which was released as cat number 008. High & Low which they sent as a follow-up is a masterpiece of its very own quality. Its sound design and the simplicity of the melody with its minimalistic variations pulls you into a very special mood. Hard to describe… check it out!

With over 20 releases, Killekill had come to a point, where we had a certain fanbase, but also a lot of prejudices about our label. The colorful graphics and the wide range of musical styles which we covered seemed to confuse some people. I had some funny conversations like “oh, I don’t like electro, so I don’t like your label” or “I love Killekill, it’s the only Berlin based acid label”. Obviously some people listen to a record and then think the whole label sounds like what they listened to. So this meant I would have to narrow down the range of styles of the music I released, but my ambition was actually the opposite! I am constantly getting great demos of all different styles. So to make a long story short: we decided to start some new labels, and Cat number 025 is sort of the turning point between the first chapter and the second. It features some of the most important artists of the first period but also introduces a whole bunch of new ones, which I want to work with in the future such as Dez Williams, Umwelt, The Fool’s Stone, Kamikaze Space Programme, Jerome Hill, Bintus etc. Stay tuned about our future projects, there will be a lot to discover!