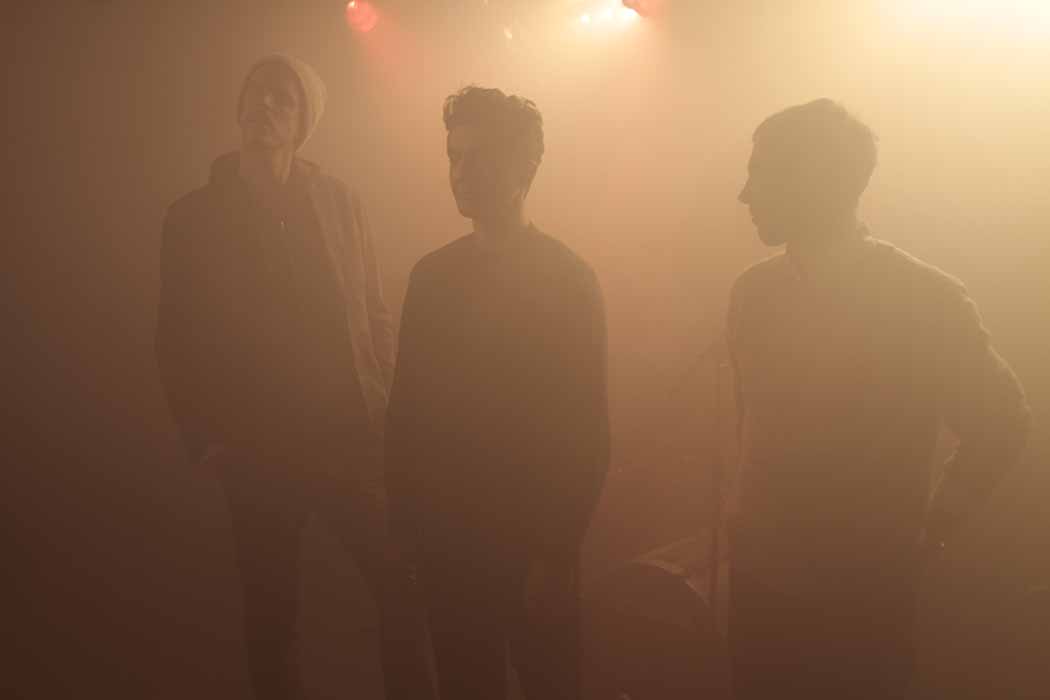 Sonic nomads, sound hunters, treasure founders, sonic world creators. Created by Stephan Crasneanscki, and comprised of Simone Merli and Kamran Sadeghi, the art collective is travelling the world to create sound pieces you wouldn’t expect, yet so obvious when you encounter them. They had access to Jean Luc Godard’s sound archive, performed with Patti Smith, covered Berghain’s walls with custom made contact sensors and performed at internationally renowned venues such as Centre Pompidou (Paris) Berghain and Volksbühne (Berlin) or the FIAF theatre during the Crossing the line Festival (New York City). Here’s a dive into their work with Stephan Crasneanscki.

KALTBLUT: About Soundwalk Collective, how did you come together to create the collective. Do you have different backgrounds?

Stephan: It all started in New York where we were all living at the time. None of us were from New York. I started on my own with parcours sonores around the city, called soundwalks which synchronised your walk and sounds: you would walk around in someone else’s shoes and discover a neighbourhood. Simone, Kamran and Dug joined me and we started to think about projects that could go out of cities and explore a territory. Our first project was a contemporary version of Ulysses’ Odyssey: we were on a boat for 3 months and recorded all the conversations that the fishermen, coast guards and immigration’s police were having on the radio. It was the conversations of all of these people that are still using the territory of the sea for commerce, traffic or transition. The composition of all these sonar fragments lead to Ulysses Syndrome.

Stephan: We are currently working on a box set of 4 albums for the label Fantom Editions from Milan. The albums are Ulysses Syndrome, Bessarabia Ghost Tapes, Medea and Empty Quarter. These are based on recordings of radio waves and will be out for the 10th anniversary of the collective. Each album stands for a geographical area: Mediterranean sea, Black sea, Moldavia & Ukraine and the desert Rub’ al Khali (literally Empty Quarter). What is common to these regions is that they keep using short waves – meaning that they are still using a walkie-talkie to communicate. So we had one of these walkie-talkies used by the army, that catches very long distances and we recorded all the conversations 24h a day and we composed the music based on these frequencies, sounds that should never have met, coincidences. Referring John Cage, we only put a set up and let these precious accidents come to us. We really lived like fishermen: every day we were sorting out all these sounds that we collected for the last 24 hours.

KALTBLUT: Is travelling your bound?

Stephan: Yes, travelling is a way of living together. We have to live in restricted situations; we meet new people and also get to know ourselves better. A travel is also a self-encounter. A few months in restricted conditions is a way to really discover the other and a sound territory as well as an interior journey. You never come back home exactly the same. This is all what Ulysses Syndrome is about: when you leave, you create a little gap and due to this nostalgia of return, you will come back without being totally compatible with your homeland. After all these travels we did together, we are not really able to live somewhere anymore.

KALTBLUT: Yet you’re based in New York and Berlin.

Stephan: We consider New York and Berlin rather like drop-off points than places where we live. We spend a couple of months locked in studios. New York is where we all grew up as teenagers and did our art studies. We chose Berlin because of its horrible weather conditions during Winter so that we don’t have the feeling to miss out on something outside! More seriously, we also went to Berlin to develop this project around electronic music and its vibrations in the architecture. This lead to a meeting with Berghain and Panorama Bar where we placed contact microphones built for this specific purpose to record only the vibrations of the structures; glasses, metal, floor, toilets, stairs… We then recorded the building itself and realised that it was creating its specific music, like a dance. It was about capturing a sound mute to our ears but which has its own story. In an imaginary world it would be like listening to the building dancing to the music played there. With all these sounds we did The Last Beat. So, Berlin started with Berghain and continued with a lot of people I started to work with, including Deutschlandradio Kultur who’s been very supportive and co-produced our last piece What We Leave Behind.

KALTBLUT: We can read on your website that this sound piece is “composed solely of unreleased fragments of sound that were recorded on the film sets of Jean-Luc Godard”, how did you encounter this precious archive?

Stephan: We collected fragments of tapes before and after the scene cut. They tell the story of Godard’s life, of the cinema through him and the story of a sound not thought to be kept. And it was also the occasion for me to spend time with someone I truly admire and respect for the work he’s done.

KALTBLUT: How could you describe your work live?

Stephan: It always difficult to put words on sounds. Our performances are often immersive with visuals (Tina Frank) and compositions that play on the idea of layers that add or disintegrate each other. For CTM, we played with texts of Nan Goldin, videos about the 80s, a very dark period in New York, and with a percussionist playing live: Samuel Rohrer. On one hand, all these components create a sensation of hypnosis, some kind of sound journey with no beginning and no end. What tides everything together is this idea of journey, if it is about travelling, going in the deep night of the Berghain or a lost journey like in Bessarabia Ghost Tapes. On the other hand, we can approach this composition like a time capsule documenting this very dark yet beautiful and melancholic period of time in New York. The sound texture of a city changes, evolves from decades to decades with sounds that come and go. Like a perfume, a sound can reveal very deep memories.

From the 25th of July to the 29th of August, Capodarte is drawing a restrospective of Soundwalk Collective past 10 years (Gagliano del Capo – Puglia, Italy)