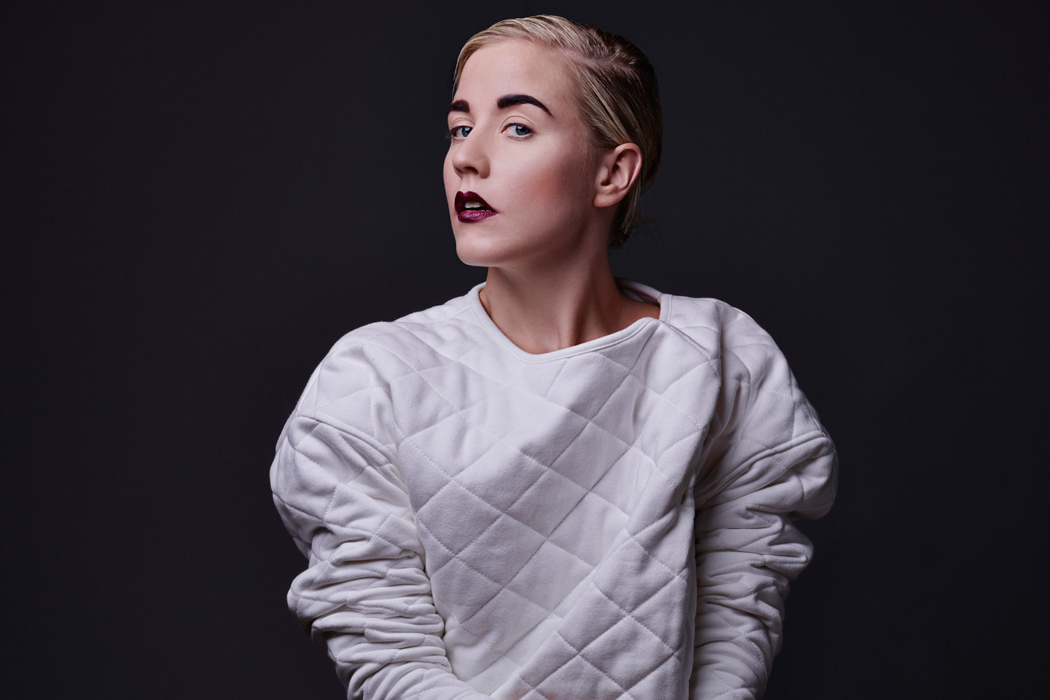 Swedish electro-pop sensation Vanbot shares an exclusive remix of her track ‘Trooper’ with KALTBLUT! Ester Ideskog, known as her stage name Vanbot, released her catchy, self-titled debut album back in 2011. Since then she’s been experimenting with her new darker side to produce her eagerly awaited second album ‘The Pefect Storm’, to be released later this year. KALTBLUT got its hands on Gabriel Gassi’s remix of her latest track, ‘Trooper’. We also got the chance to speak to the Nordic beauty about what she’s been up to recently.

KALTBLUT: What made you decide to get involved in music?

Vanbot: I’ve always been into music, I grew up with it, playing all sorts of instruments and I had a bunch of pretty unserious bands. I remember with one of my bands I first booked the shows and then learned how to play the songs. Then I started recording and producing on my own which later became Vanbot, and I for the first time felt I was in the right spectra. I loved working with the synthesizers, they really enchanted me. That’s when I became serious about it, I had to.

KALTBLUT: Who or what influences you?

Vanbot: I never know how to answer that question… haha. I love the melodies, I’m obsessed about finding the perfect melody!

When it comes to the soundscape I’m influenced by particular sounds by different artists. I love the synthesizers of I Break Horses, I’m a junky for the drums in old Phil Collins songs and I’m blown away by the fearlessness in the vocals of Kendal Johansson.

KALTBLUT: How would you best describe your music?

Vanbot: I would say that it’s basically pop melodies meeting some skewed synthesizers. I try to create tension between the melodic and the twisted. To find a balance between the catchy melodies and the unpolished soundscape.

KALTBLUT: How do you think the music scene differs in Sweden from the rest of the world?

Vanbot: I think we’re pretty optimistic about our music finding its way out in the world. We have so many good examples of songwriters and artists in Sweden, so I guess the expectations are fairly high. I think one big difference is that the music making starts in really young ages, kids are taught how to play instruments from almost first grade.

KALTBLUT: What is the story behind your new single/video ‘Trooper’?

Vanbot: I had the verse ready for quite a while but I couldn’t quite get the whole picture together, I couldn’t find the way to the chorus. So I put it aside for quite a while, and then it surfaced again in a session with Jan Kask where we ended up writing the chorus very quickly. It was so obvious and felt almost like something from ABBA, haha. Like a sad anthem.

Lyrically speaking it’s about white lies, and naive games of denial. How we build up all these little lies around us, just to feel better.

KALTBLUT: How would you say your music has changed since your debut album?

Vanbot: I think people will recognize the Vanbot sound, but in my mind it’s pretty different. I have really tried to write in ways that previously was outside my comfort zone. New beats, new effects and I’ve used other layers of my voice. Overall I think I’ve found another depth that my songs circle around.

KALTBLUT: Can we expect a darker side to Vanbot now?

Vanbot: I definitely think the new album has a wider spectrum. Some reminiscence of pure pop but with more darker accents. I absolutely love when the two of them meet.

KALTBLUT: Tell us about your musical process

Vanbot:  It’s almost a little embarrassing. I record the ideas on my cell phone while biking around in Stockholm. People give me strange looks now and then and I’ve been yelled at so many times while biking that I don’t even care any more. Most of those ideas are of course crap, but now and then something good falls out and then I continue recording in my studio building beats and trying out sounds. After that I continue the process with my producer Johannes Berglund, and my keyboardist Samuel Starck. They’re both genuine synthesizer geeks and I love it! It’s funny, but almost every time when we record a new synthesizer, we’re all overly convinced that we have just found the best sound in the world.

KALTBLUT: Do you relate your lyrics to personal experiences?

Vanbot: Yes, very much so. But I try to write more through metaphors. I don’t really think my personal experiences are that interesting for other people, haha, so I try to write in a way where people can relate and attach it to their own situations. There are so many moments in life that are painful or hard, but they’re not really significant, if you know what I mean. They’re all small episodes, but the more you look, the more interesting they become. That’s what I try to capture.

KALTBLUT: There’s been quite a gap between your music releases, what have you been up to?

Vanbot: Yes, quite a gap. I almost finalized an album and then trashed it. It was planned to be released in the fall of 2013, but I just couldn’t get it out of the door. It wasn’t what it had to be, and I guess that realization forced me to start all over, not an easy decision. But when starting all over again I almost went manic about writing new songs, I wrote like five songs a day and tried to change my usual patterns of writing. So to answer your question, I’ve been writing A LOT of songs.

Vanbot: Yes! I’ve done some co-writing for the new album and I like the experimental feeling where you never know the outcome. It’s a good way to broaden your horizons. Kinda scary at first, sharing that creative space with others, but the results tend to be great, and unexpected.

Vanbot: I’m releasing four luxurious remixes for Trooper. Then there will be a new single later this spring and then the album later on. We’ve also started to book some shows. I’m really longing to get back to the club scenes!