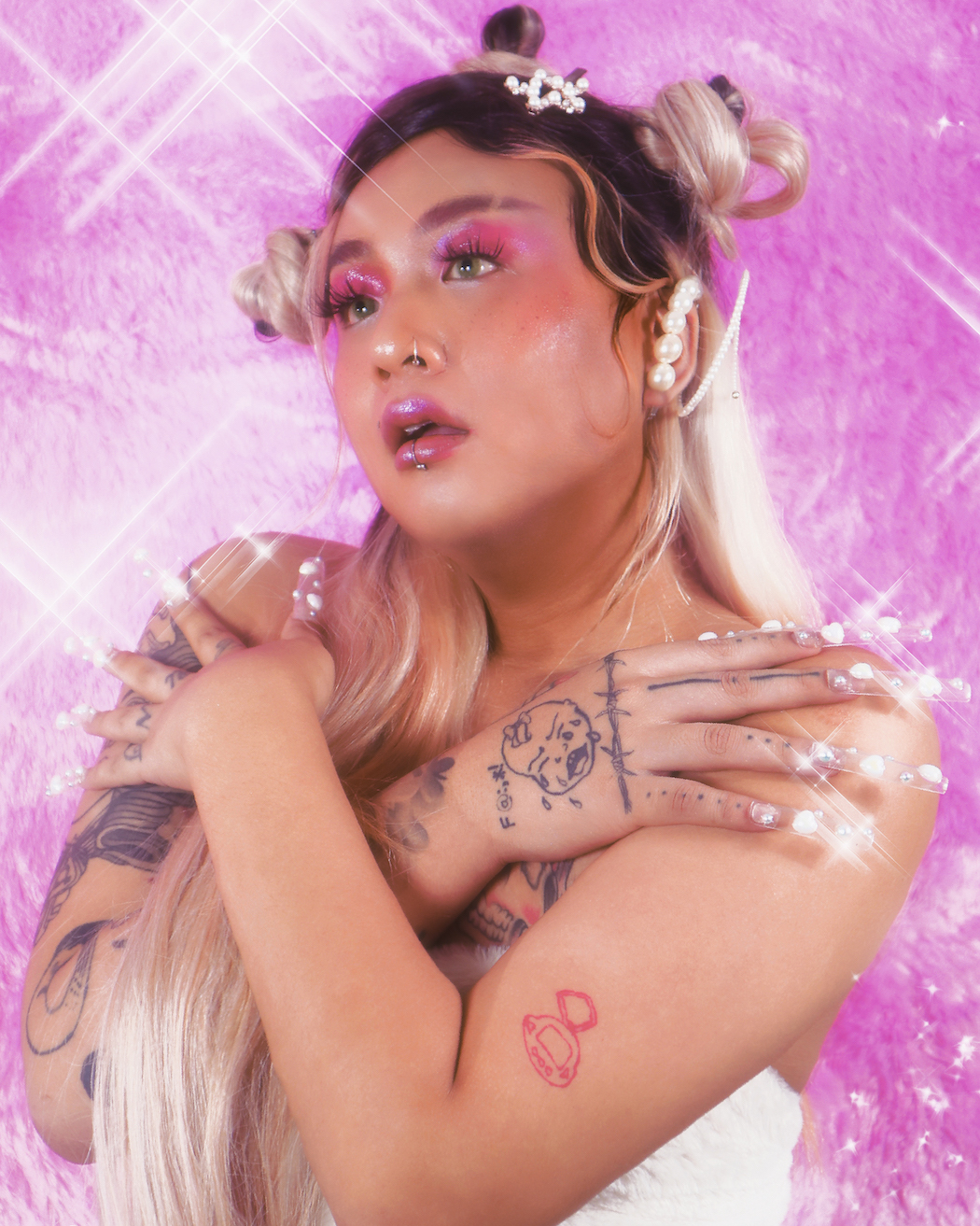 Born in an isolated community of Borneo Island in 1993 Wanton Witch is a DJ and producer with a hyper-sensitive connection and approach to sound through performance. Coming of age in the relative isolation of island life, it wasn’t until relocating to Bangkok that she was able to access the different communities of musical genres that she would later travel between. With an early taste for trap and hip hop, she began working in the deconstructed club and techno scene where she found her musical voice, beginning her DJ career in 2018. Wanton is also a co-founder and original member of Queer underground creative collective ‘Non Non Non’ that has become a Bangkok nightlife staple.

Being an “outsider” musician and producer with no formal training, it was the fortuitous crossing of paths online that has sparked the creative collaboration between Wanton and label owner and creative director Lucy. Last year Stroboscopic Artefacts celebrated ten years established between experimental and dance floor spectres and this is the first record the label is releasing after one year break, marking the launch of a new chapter for the imprint. It is with releases like the eponymous debut album from Wanton Witch and the support given to emerging artists like her that the imprint continues to forge pathways within the industry.

Featuring 11 tracks, these recordings are the first body of work from the Bangkok producer, and include many different snapshots of electronic music genres from IDM and experimental to hardcore and rave, using caustic electronics to deconstruct traditional track conventions. This collection of cuts read more as a complete soundscape, like listening to a live set. The phrenetic jump from genre to genre, the mixing of diverse sound textures and landscapes reflect Wanton Witch’s own experience navigating a hostile world as a Queer trans woman in Malaysia. The intense energy with which each track is cut together reminds the listener of the nostalgia of mixtapes and a time in life when identity is being constructed.

Wanton Witch has created an album that feels like a reflection of the aggregation that already exists within musical internet sub-cultures and communities. A place where many diverse and contrasting sound palettes, textures, and structures can fit together to create a new different, Queer way of seeing the world. Following up on Wanton’s LP, label head Lucy will also present an actual full-length album named ‘Lucy Plays Wanton Witch’ featuring re-interpretations of the original material in a whole new body of work. This upcoming follow-up release will not represent a mere remix edition, but a recreation from scratch and the rebirth of “one into another” so to say. Expect the quintessential Lucy treatment.