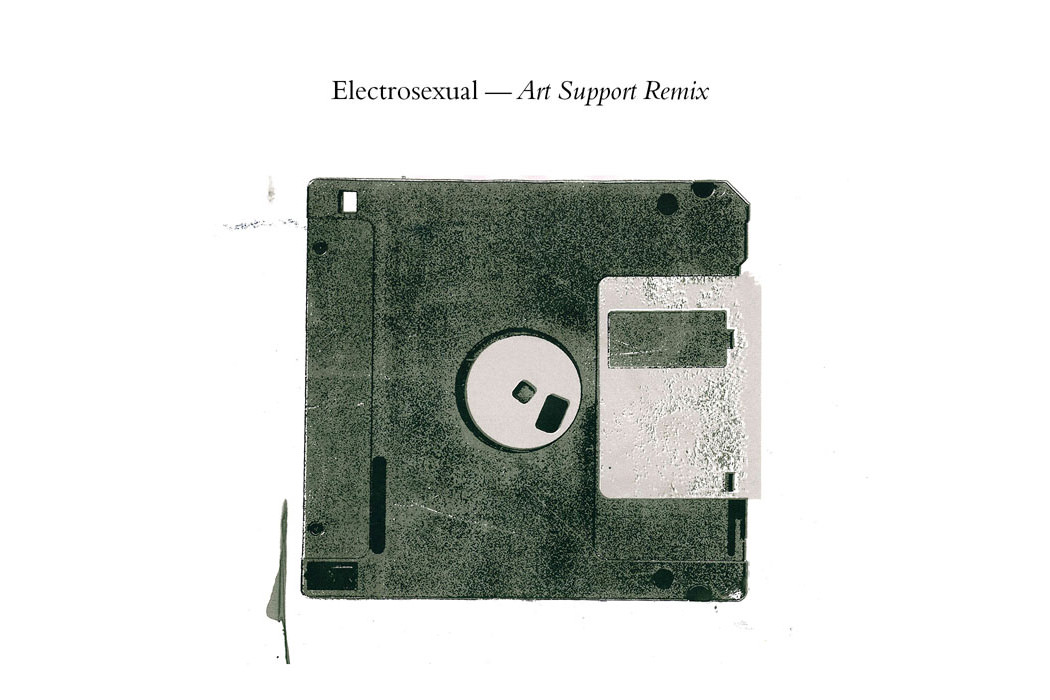 It’s all about reinvention. My latest Berlin crush just released a remix album of his sci-fi inspired album Art Support Machine. From acid to electro, ambient to hypnotic, the album ranges to the extreme the fetish styles the aforementioned collection boasts. More than a remix version, it is a reinterpretation of the full concept that is proposed ; the perfect companion to last year’s Art Support Machine.

Needless to say remix culture forges the typical deejay approach to music and Electrosexual’s is no exception. Art support Remix seems to start where the previous record finished. The blended atmosphere which conveys a feeling of consistency makes it the sort of record you could play over your favourite space opera flix as it was modeled into the most magic movie soundtrack you could expect.

From Tempelhof, the instrumental highlight of the album turned by David Caretta into a cinematic climax, to the transformation of the title track by People Theatre into a harsher industrial version, from the Millimetric recreation of Automatic People (featuring Hanin Elias) to the acid vibes of Fetish [ASFR] by the french producer Mondowski, the collection goes from soft to hard, from dark to light.

There’s something about Electrosexual that remains constant ; a wish of letting the influences show and pervade the whole thing. As for the initial release, the artist doesn’t stick to one style and lets his appeal to what excites him lead him to wherever direction he is taken to. That may not be the commercial approach but the artistic bias to which any important work is associated.

Let’s go back to the tracks : although some of the remixes have been available through the various singles off the album, more than half of the productions on this release are unheard. All are big surprises, the majestic extension of Lay my eye by Machines in the UK, the ambient rendition of the Dream of the Machine by Autist, the breakbeat distorsion of Crystal Flesh by Carne. I finally ended browsing the youtube channel of the project rediscovering the videos which extended the experience ; each of the track being pictured in different format for both the radio AND the remix format. Watch the remix interpretations of Tempelhof, Silver Soul or Fetish [ASFR] and you’ll get what I said.

The album is available now through Rock Machine Records and must be associated to its father companion Art Support Machine still available in a gorgeous picture disc edition including insert with lyrics.

You can purchase Art Support Remix on iTunes and Bandcamp.