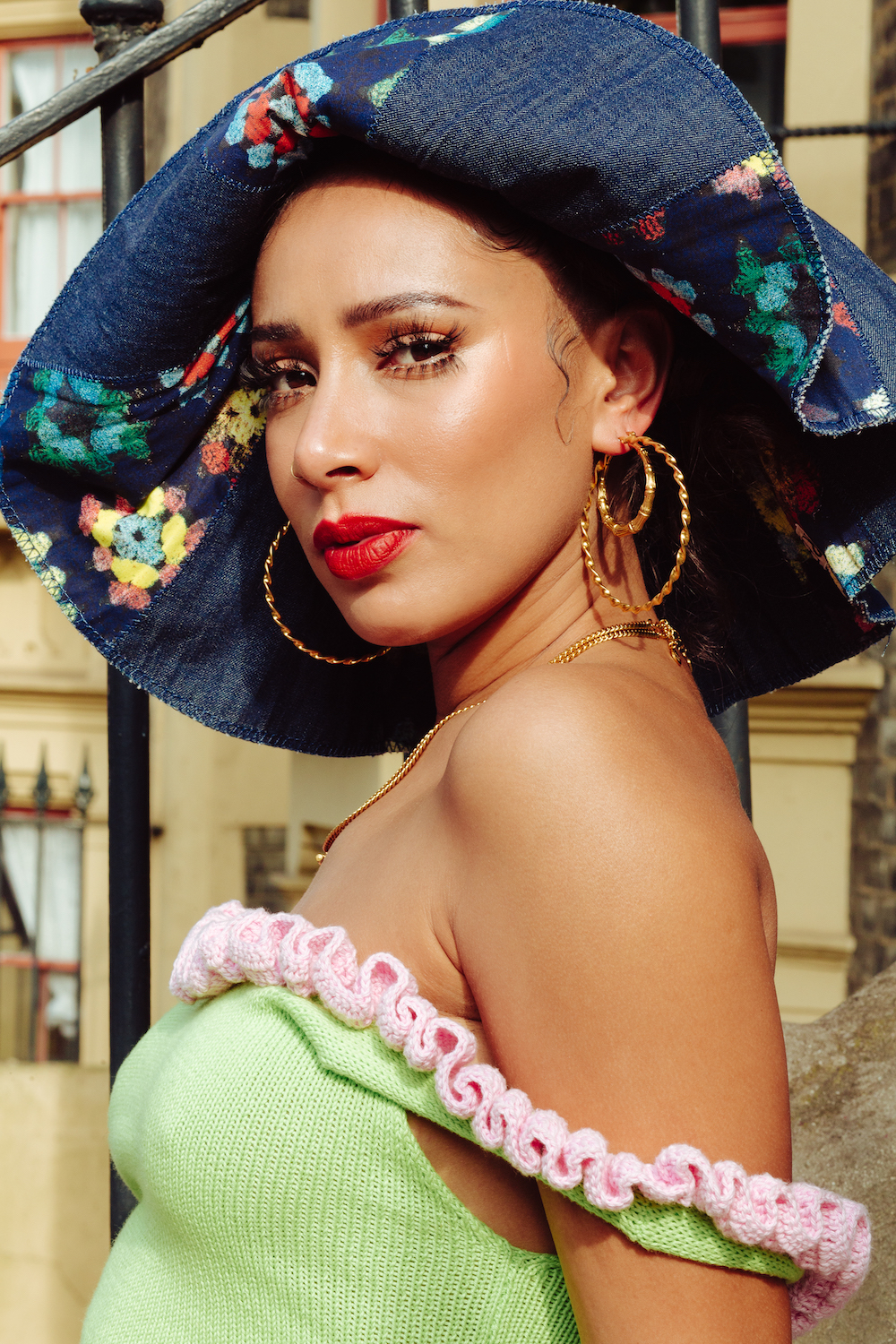 Hackney-based artist Eliza Rose teams up with a long-standing friend and co-founder of Faboo TV, Jeanie Crystal, on a music video that celebrates the LGBTQ+ performance community, the spaces and characters that make it, and who defy the gentrification of the area. The soundtrack is Eliza’s new single ‘B.O.T.A’ (Baddest Of Them All).

The video, also a subliminal and radical nod to a famous Lewis Caroll novel, crosses sexuality, gender, joy, surrealism, weirdness, humour, and a touch of sinister. The main character in the escapade of discovery is Eliza Rose, who gets led underground into a surreal world by performer and dancer Novaya Shey to meet Drag icon Ms Sharon Le Grand, Vogue Ball founder Taboo, speaker, model and dancer Sakeema Peng Crook, Drag & Movement artist Wet Mess, just some of the staples of Hackney’s Queer community in this all-star video cast. It was filmed in Hackney streets and in seminal venues Dalston Superstore and The Karaoke Hole – important spaces in Eliza, Jeanie, the performers, and the community’s artistic expression.

Eliza, is a passionate native of Hackney, and both she and Jeanie have lived through the various stages of its gentrification, but what they’ve seen remain and resist is the Queer underground performance art community, and it’s important to continue to celebrate this.

This community in Hackney means so much to me, and collaboration is what’s given me purpose, community, joy, and so much art. It’s hard for working class Black women and marginalised people to break through, so we have to support each other’s art, and lift each other up, or it becomes impossible. Showing these worlds on screen is also integral to the development of open mind sets, and showing young people that there are different ways of living out here!

Jeanie Crystal – “The scene of Eliza going down into the basement summarises what Hackney’s all about. It is a rabbit hole! You discover a new basement club and get dragged down it, and it opens up a new world and community to you and you never look back. As soon as I came to Hackney I met Eliza, I met all these amazing performance artists, and now there’s no way I can get out of it, and there’s no way I wanna get out of it! It gives joy, it gives identity, and for me personally, it gives me so much of my art. I don’t really exist without Eliza or any of the other people in this video. We’ve centred it in a Queer world as a homage to this side of Hackney’s nightlife, and it was really important to be authentic and accurate representation and a real lived experience by all involved”

Eliza and Jeanie met outside the woman’s space at Glastonbury almost a decade ago and have been championing each other since. Jeanie also co-founded Harpies, the UK’s first LGBTQ+ inclusive strip club that centres Trans + Queer bodies.

Eliza Rose’s ‘B.O.T.A’ is a supremely fun, suave, 4×4 anthem with plenty of swagger and flirtatious lyrics that permeate your mind. It’s produced by ATW Records founder Interplanetary Criminal and oozes just the right dose of playful, future nostalgia to entice you into Eliza’s mischievous world.

“This track is so nostalgic. When I first heard the beat it gave me instant memories of growing up in the 90s and the bubblegum-tinged dance music from that time. Going on seaside holidays, hanging around the surreal atmospheres of the arcade, meeting boys, and being cute and flirty. Then you have the “Baddest Of Them All” lyric that counteracts that innocence and adds the edge, which came to me at just the right time via a Jackie Brown Blaxploitation poster. It definitely reflects the two contrasting aspects of my personality. Girly and cutesie, but a bit of a bad gal too!” – Eliza Rose

‘B.O.T.A’ is out now on Eliza’s Rosebud Recordings label: https://ffm.to/bota