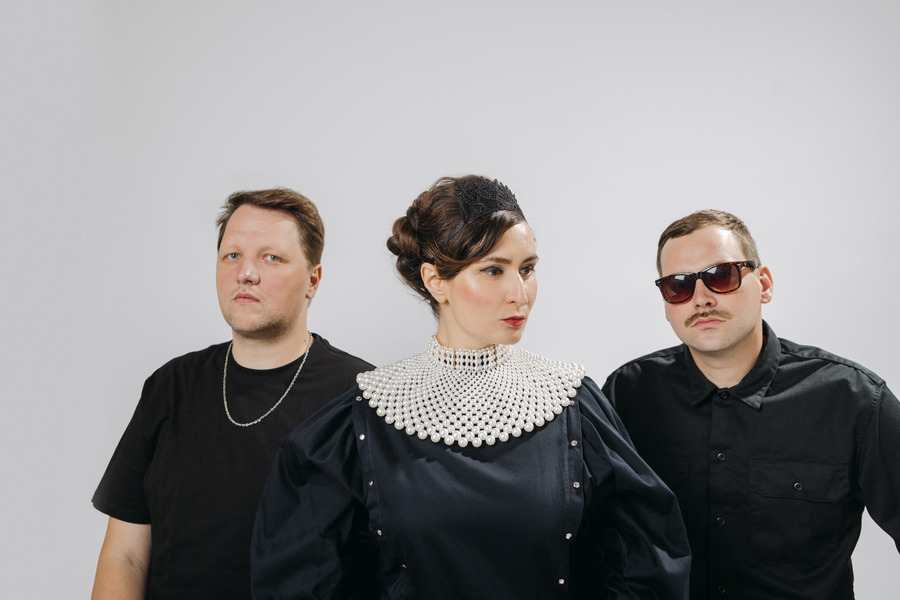 “Here is our first ever Dina Summer mixtape which includes songs from our album ‘Rimini’, a new unreleased track, two covers and a few more favourites by befriended artists. Enjoy!” Dina Summer is the collaborative band project between Kalipo and DJ couple Local Suicide who recently released their critically acclaimed debut album ‘Rimini’ which is a unique blend of their influences, drawing from 80’s disco, 90’s electro, new wave and downbeat for a fun, nostalgic and dark retro sound.

The Berlin-based project Dina Summer is fronted by Dina P, who lends her vocals and thought-provoking lyricism to the act. The Greek native first started performing as a teenager on local radio stations, where she made waves as one of the first women DJs in Thessaloniki. She later moved to Berlin, meeting her husband and DJ/Producer partner, Brax Moody, to form Local Suicide. The third member of Dina Summer is Bavarian-born Kalipo, who started his music career as the producer and a band member of the German electro-punk band Frittenbude. While the trio initially met at a rave at the Rock am Ring festival in 2013, they only began working on music.