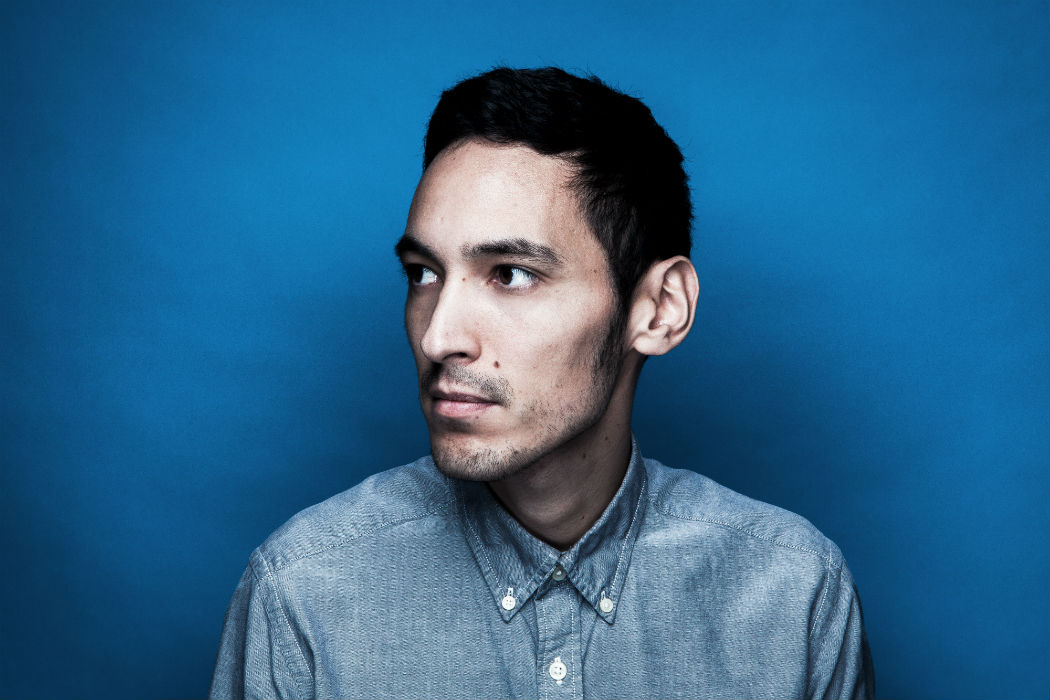 Sounds for the weekend! This week we have a special mixtape from Les Gordon. A fresh face on the Kitsuné label, Les Gordon has been working his way to the top of electronic music step by step . Originally performing under his real name Marc Mifune and seizing the opportunity to play before Stromae at the Trans Musicales festival in 2013, Les Gordon has reached his original sound in the form of his new EP ‘Atlas’, released this December 11th on Kitsuné. Read up on the full interview KALTBLUT had with him below.

KALTBLUT: Could you introduce yourself a little for those who are unfamiliar?
Marc: I’m Marc, I live in Rennes, Brittany (the French little one). I’m a French music maker, more beatmaker’s style. My sound is acoustic mixed with electronic music.
KALTBLUT: You are currently a solo artist, have you had any group projects previously?
Marc: I still have a band called « Singapour ». I am the producer and my friend Roman Oswald makes the lyrics. It’s a different process to create tracks when you are in a band.
KALTBLUT: Sampling various stringed instruments with electronic music requires a certain skill, how does this creative process begin?
Marc: I studied cello since I was child and I used to play cello in an orchestra. I’m producing all by myself: guitar, cello, autoharp. The only thing I don’t create are vocals. Most of the vocals are friend’s acapellas from remixes I made. When I work, I try to compose in a pop song schema. The first part is recording guitar and rhythmic loops.

KALTBLUT: Were you trained in classical music, or was this an interest you picked up at some point?
Marc: Like I said, I used to play cello for many years. Studies in classical music was a very good experience. It was a good way to play another instrument with rigor to repeat and repeat again. In classical music, you have to play very precisely, so when I began to create my first tracks for Morning Crash I used to be very methodical and specific. With Les Gordon, I am very methodic for the audio-mixing.

KALTBLUT: Is this process different to when you first created music under the pseudonym Morning Crash?
Marc: No, it’s exactly the same. Morning Crash was the beginning of learning skills and knowledge for CAM (computer aided music). I was learning some tips on Reason. With Les Gordon, I switched on Ableton Live, and now I used to compose on Live.

KALTBLUT: Could you tell us a little about ‘Atlas’, and what drove it’s creation in the first place?
Marc: I made « Atlas » last July. I tried to produce some very aerial pieces. An EP tells us a story. The « Atlas » song is like a presentation, an introduction. Every song I wrote is a painting of a landscape.

KALTBLUT: Many have said that Paris is the hub of electronic music, do you think that Rennes is a strong contender for the number one spot?
Marc: Rennes is great too, but more an indie rock city. We have some very good bands here like Etienne Daho, Juveniles, Clarens, Manceau…

KALTBLUT: What type of artists, relating to music or other, would you say inspire you the most?
Marc: Four Tet was my first influence. But i have a lot and very different influences like Elliot Smith,  Sufjan Stevens, Made in Heigts, Bibio, Lxury…

KALTBLUT: With such intricate layering in your music, how do you transfer this into a live performance?
Marc: I try to play the most live I can. I play many of my set with vocals. And recently I added guitar in my show to have  « live ».

KALTBLUT: Do you think that it’s best for the listener to allow themselves the time to interpret your music in their own personal space rather than a large venue?
Marc: Yes, my music is made for interpretation. People can imagine everything in every song.

KALTBLUT: How did you become involved with Kitsuné? What has it been like so far on the infamous label?
Marc: I played for a Kitsuné Club Night in Paris. The Kitsuné team was very enthusiastic about my music. We had a lot of appointments and I decided to present a new EP. And they signed it ! I’m very happy to collaborate with Kitsuné because I’ve Asian origins. My father is Taiwanese and my Grandfather was Japanese.

KALTBLUT: What artist are you keeping your eyes on this year?
Marc: I’m very curious about Mura Masa. I think it’s the biggest thing I heard since the beginning of 2015.

Atlas レス・ゴードン is out December 11th on Kitsuné