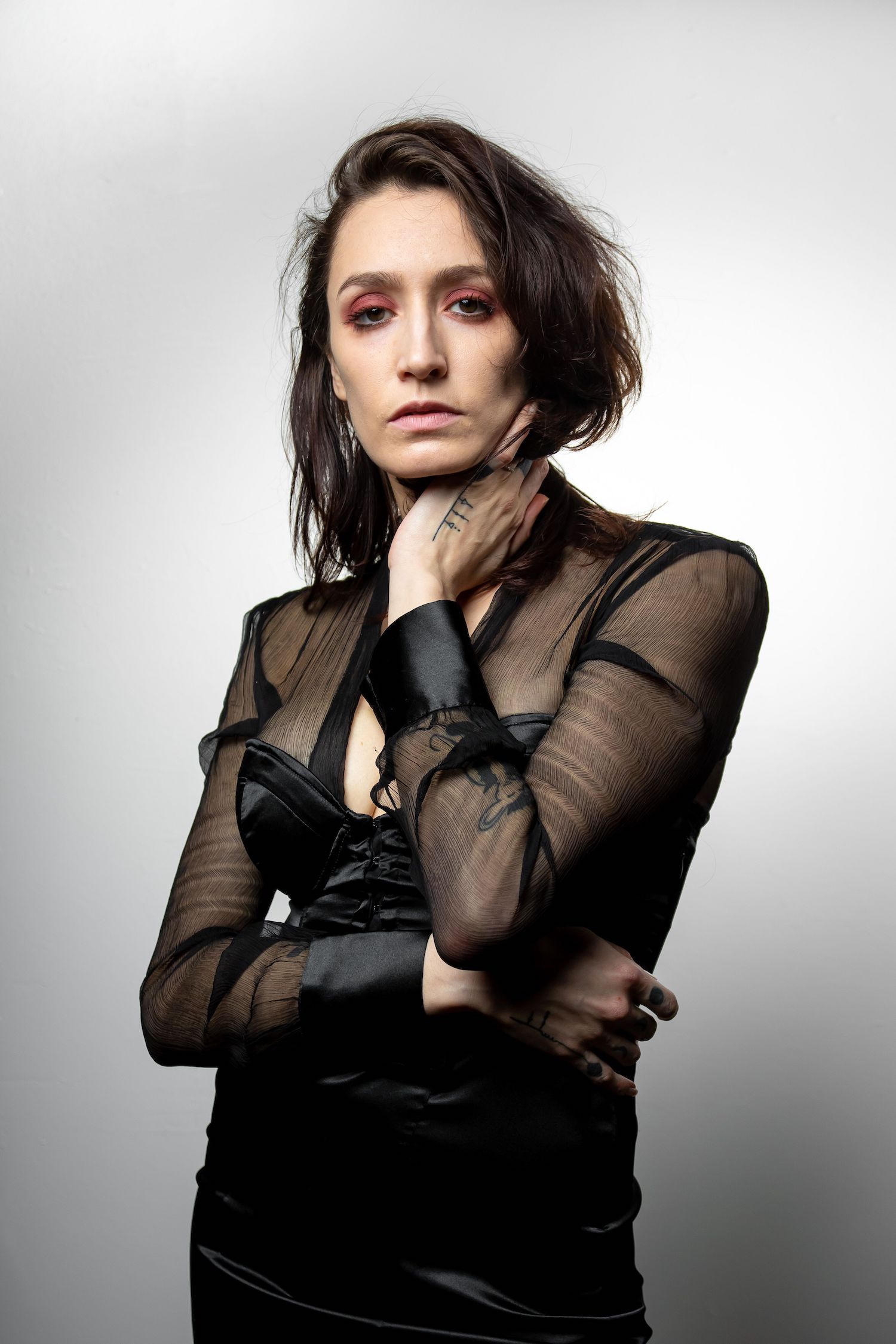 What better way to celebrate the release of LDY OSC’s debut album on Kontra-Musik than with a mix? Recorded live at Das Werk Wien for Parken or Live in the Park, a summer experimental, IDM, and ambient party in Vienna, the 50-minute set travels from the mind of gender-abolitionist Serena Butler to RAAR cofounder Maelstrom. She explains on the mix, “This was the after party for the season closing and I got invited to play. Robert Schwarz the founder invited me to play after hearing my Brvtalist 191 mix. I had fun with the selection and the liberty to mix between non regular club set tracks. I love doing left-field techno/IDM/EBM mixes because I get to smash all of my influences and inspirations into a small time frame. Even if the mix was shortened a bit, this is the heart of it. I did not include any of my tracks that were just released on Kontra-Musik, but there is one track by my band Artefactos de Dolor. The scenes in Vienna are generally small but strong. Since I have been here for only 1 year and 4 months, it’s all still quite new to me. I find it’s not about quantity of parties here in Vienna, rather the quality and it certainly thrives.”

sōt is old English for soot. This black powdery substance is everywhere in LDY OSC’s debut album, blocking out the air and making all natural vibrations sound gritty and rough. The album itself is like a dub version of the Chernobyl meltdown. In some parts you get a real sense of how much air there is to breathe once humans are out of the picture, with unrestrained melodies and rhythms frolicking in the vastness of LDY OSC’s post-apocalyptic soundscape. In other parts the effects of extreme radiation are made acutely apparent. Synths, guitar pedals and trapped echoes of human voices seem to be melting and morphing together in ungodly ways, casting uncanny shapes on the walls of the failed reactor. It’s a thing of horrifying beauty.

Alyssa Barrera Auvinen got her artist-name LDY OSC while earning a Bachelor’s degree in Music and Sound Engineering in New York. She would treat oscillators as patients and living creatures through her synth DIY projects. This is made very obvious in sōt: living oscillators used for industrial music which are then burned to organic matter and turned to dub. After releasing her first EP on The Bunker New York, LDY OSC couldn’t have found a more accommodating nest than Kontra-Musik for her unforgettable haunting debut album.