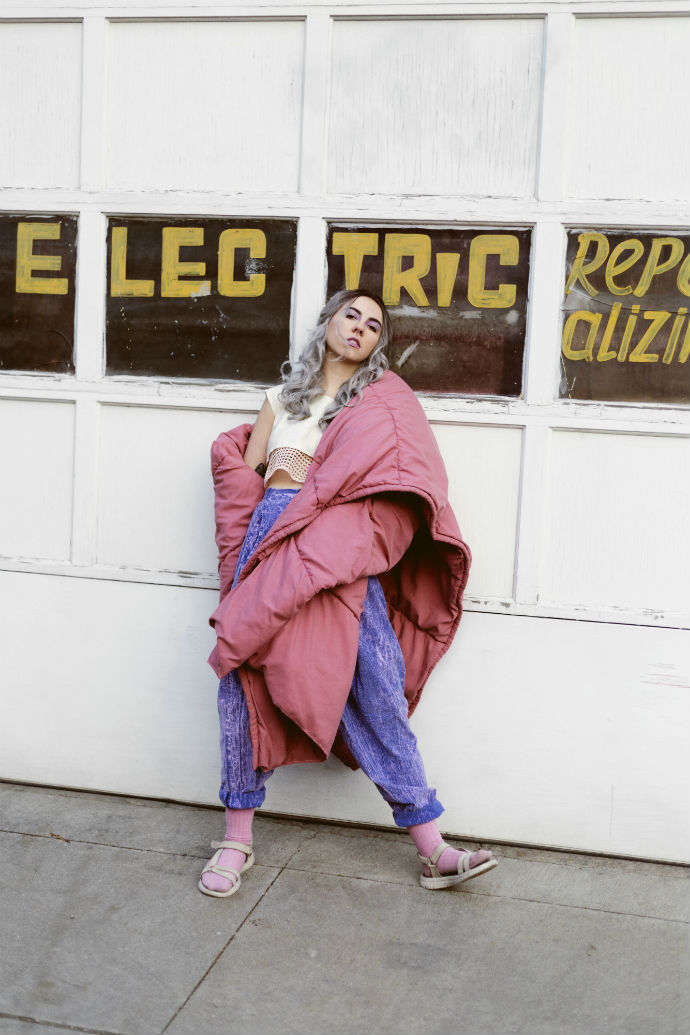 After sharing her latest moody RnB number, ‘If You’, Tigerwing, the not so alter-ego of solo artist Sarah Kelly, drops her fiery mixtape of the most badass femme and woman artists, PLUS an unreleased demo called ‘New phone’. Since Tigerwing’s inception in 2013, she has moved through the Canadian cities of Edmonton, Calgary, Windsor, and Toronto, where she is currently based. Her music is often described as dark, theatrical and moody bearing likeness to the vocal/production styles of Bjork and Fever Ray. And to top it all off, CMJ once dubbed her “Florence and the Machine’s cooler, younger sister”.

“This is a mix of my favorite tracks (old and newish) by badass femme + woman artists. I listen to them while I’m walking or on the subway and it makes me feel powerful and fired up for the day and excited to work on new music when I get home. Many names on this list are also newer artists who are currently breaking out and I admire that they are doing something fresh and daring with their sound, visual art and self-expression.”