May I introduce you to Rebecka Hoffmann?! A Stockholm-based artist, a graduate at Beckmans College of Design in Visual Communication this year. The project could be described as an intellectual game about human development and the present where one of the giants of philosophy meets the design world and a dystopian social vision emerges. 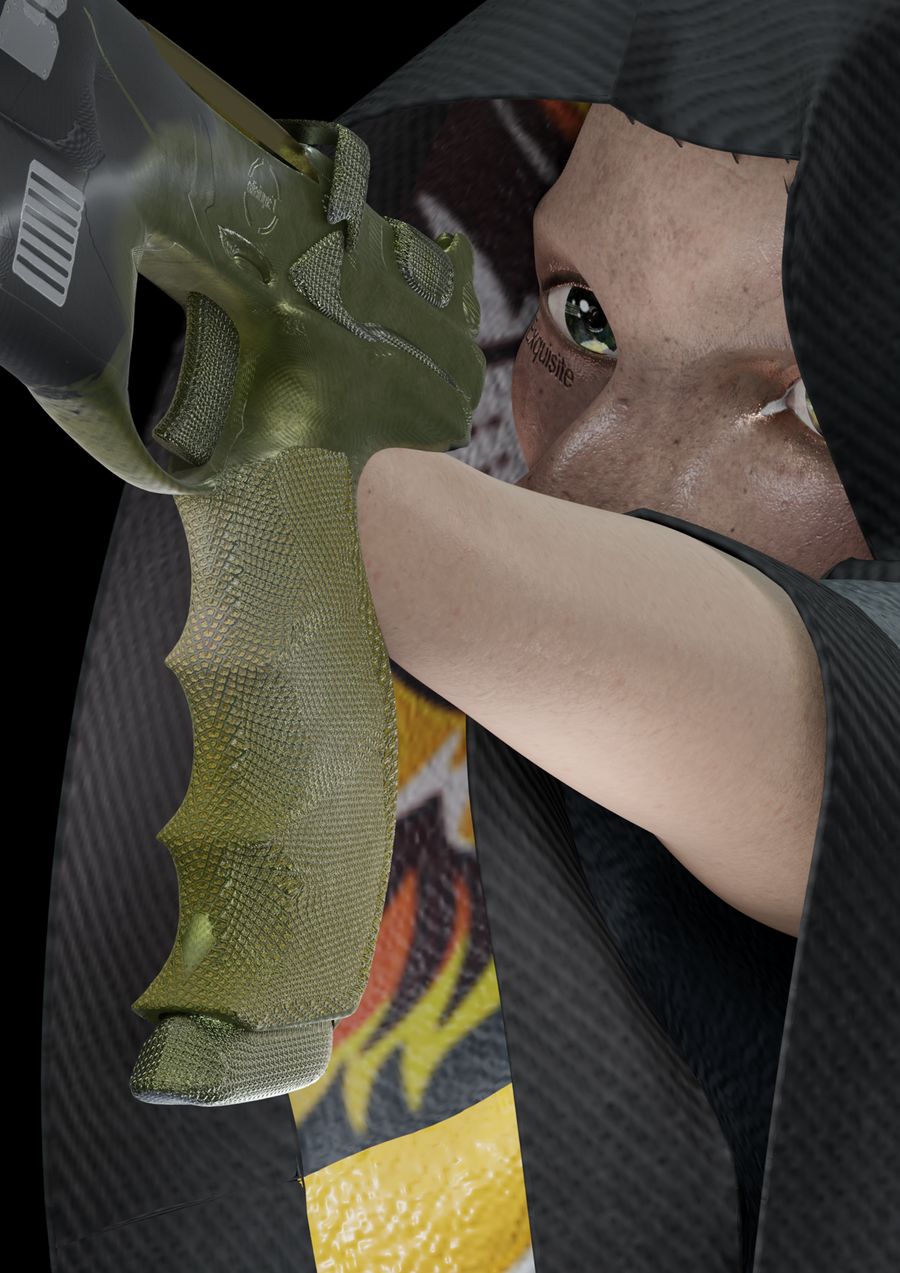 “In biotechnology and genetic modification of humans, we can see that a revolution is underway.

Today, we can in practice design life. How do we design the man of the future? In order to relate to the development of technology, I want to look at the theory of philosophy, the importance of existing in our time. The philosopher Kierkegaard believes that existence is not what has occurred, it looks at human possibilities and absurdities, all that we can become.

Either man lives aesthetically or ethically, Kierkegaard claims. In my graduation project the esthetician is a metaphor for fleeting pleasures, chance and inconsistency. The esthetician designs the man of the future. What is the incentive behind the evolutionary change and what will man want to be? 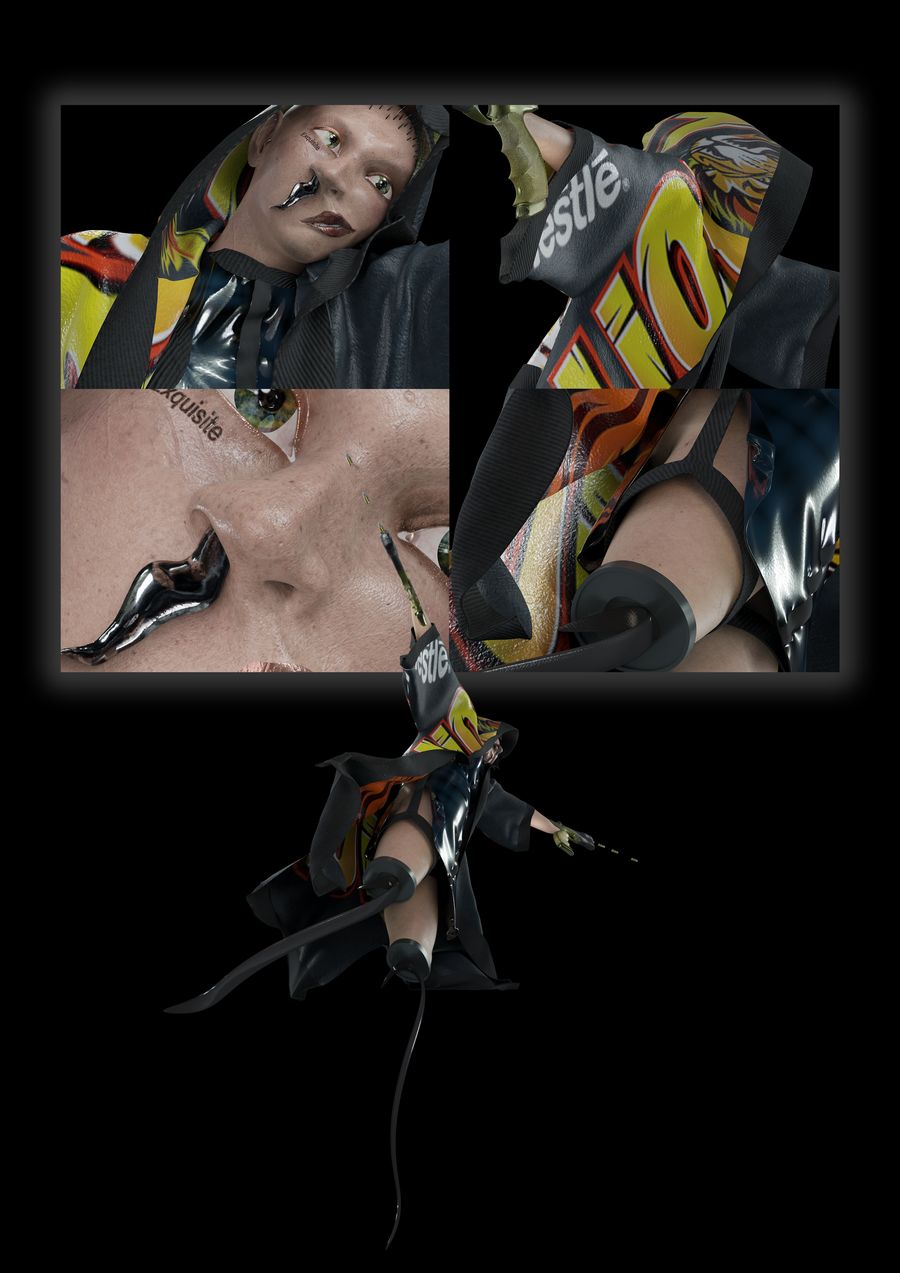 If ideas are not challenged and developed, we don’t have the opportunity to change reality. The aim and goal of my project is to encourage the beholder to question our time and the contemporary human in an imaginative, disquieting and thoughtful manner. I am inspired by the field of design as critique, investigating ideas before they become reality and posing questions rather than providing answers.

I believe that thoughts and ideas that existentialism touches can create powerful change. It’s versatile thinking can help us to imagine our own person, our relationship with earth and, not least, protect our future.

I use methods and tools: Consequences game / Exquisite Corpse, breed and CRISPR-technology in order to connect with Kierkegaard’s aesthetics in which I speculate on a dystopic vision of society.” 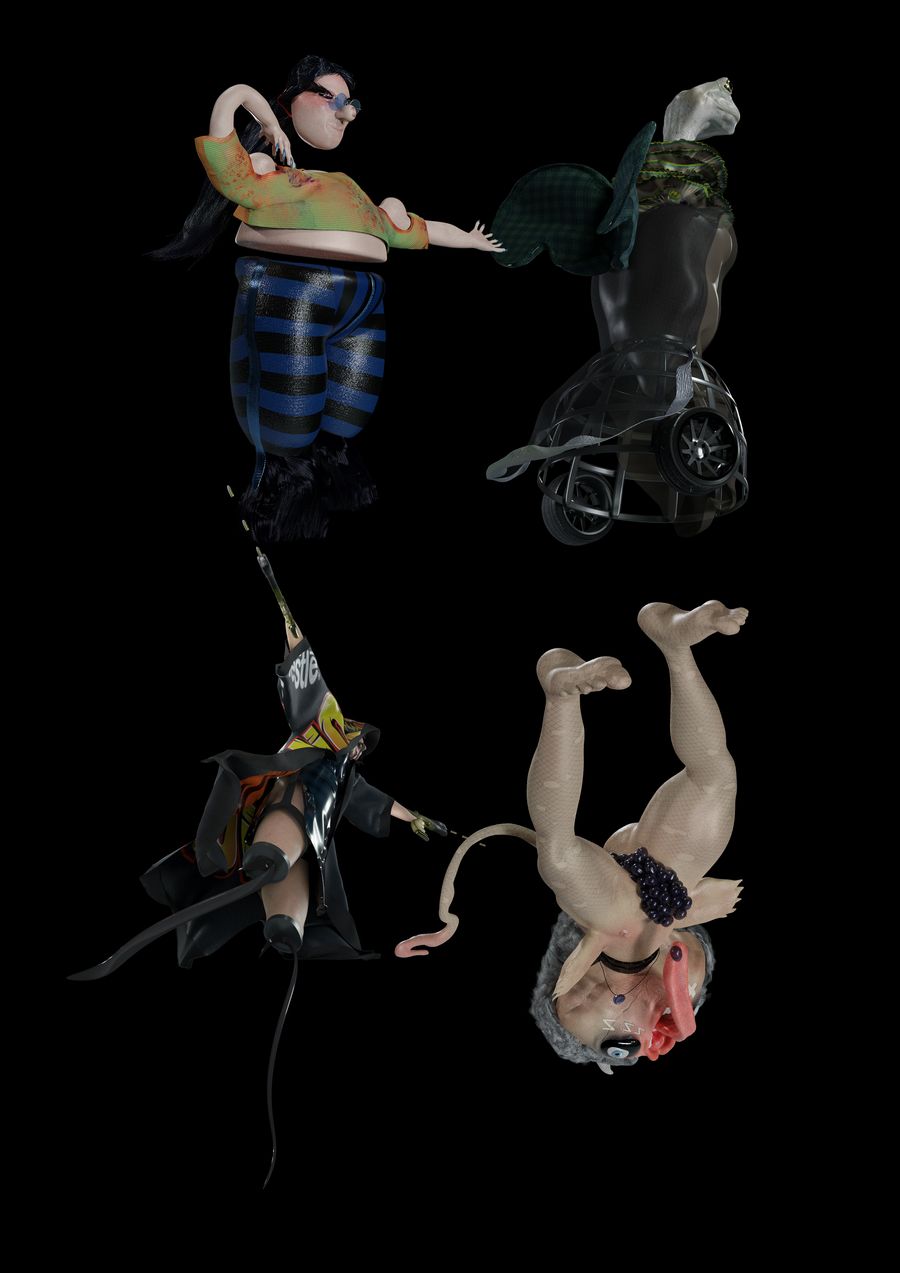 “To exist as a human being is a matter that connects to everyone and everything. In my project I want to create reflection and question the human being we are today and where we are going. Could our “successful” gene according to Darwinian evolutionary theory and the selfish gene, that ethologist Richard Dawkins claims, be a metaphor for the aesthetic stage of philosophy?

How can I as a visual artist create discussion for our potential cultural, social and political consequences? I believe that if man is going to be able to have a healthy relationship with the world, it’s not just about man being, but about becoming.

The project has four speculative, future humans created in the method Consequences Game, based on classic frames with image- and write consequences. The game has been conducted in Stockholm, Sweden, with several workshops where the participants have been between ages 6-88, of all genders and backgrounds. I have tried to broaden the participation and involve as many participants as possible, in order to strengthen the idea that contemporary aestheticians design the man of the future.

The dystopian social vision is created where the CRISPR-technology embodies the “Consequences”. The hope is that my design and communication stimulates imagination and challenges properties in image and text. Hopefully the result will touch on man’s ethical, sensible stage and question our contemporaries. Evolution is about change. Man can choose to want. To want to change. I play with the idea that the selfish man in Kierkegaard’s aesthetic, immature and inconsistent, stage designs the man of the future. What does this mean for spring Evolution? Helping the world begins with man. What kid of questions can we ask to create the change that man needs today, in order not to end up in a dystopia?” 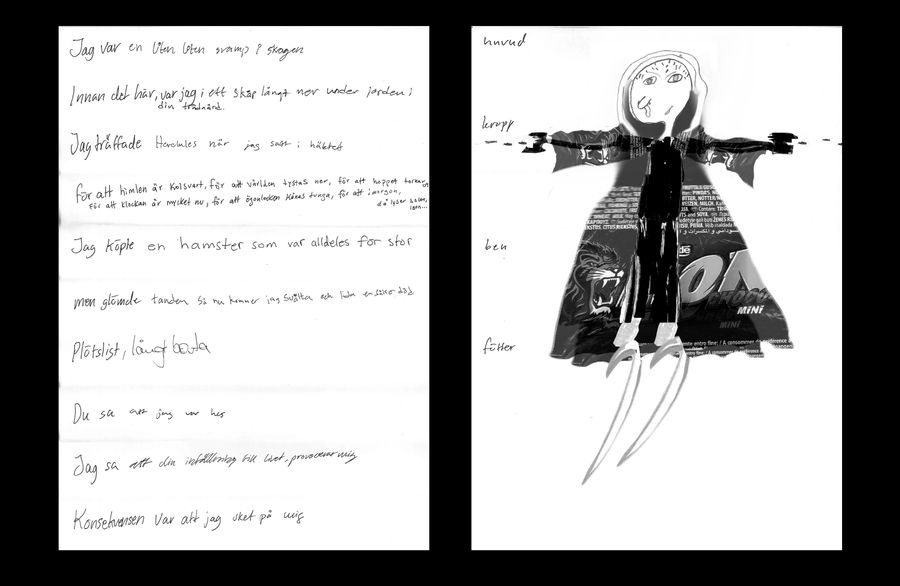