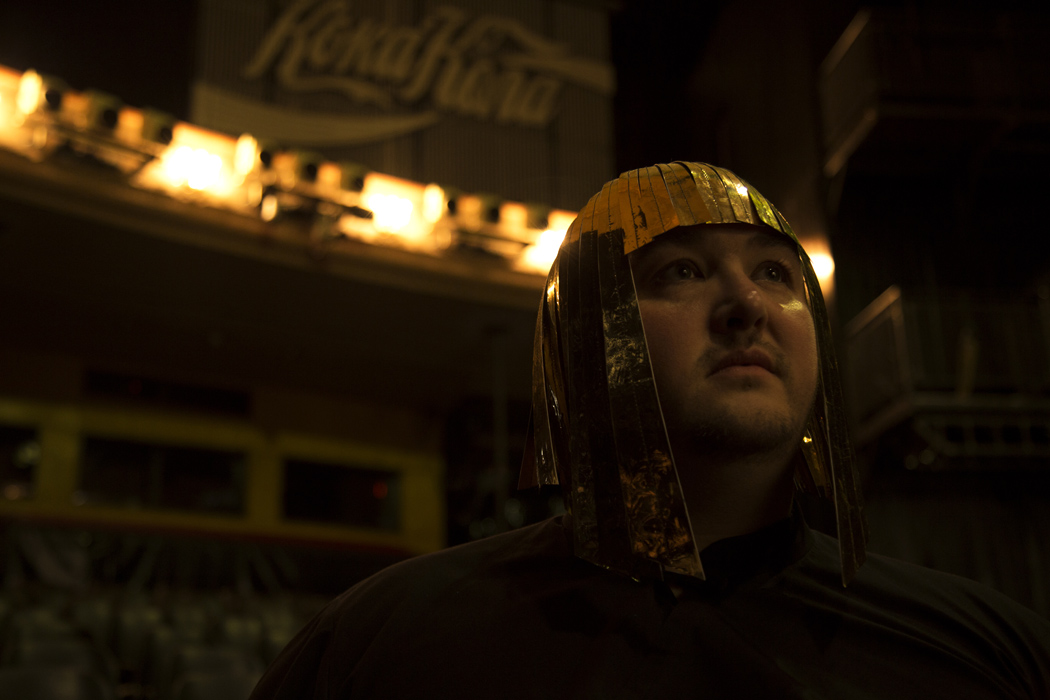 Faces U Should Know: Daniel Zillmann

A KALTBLUT exclusive menswear editorial starring German actor and singer Daniel Zillmann. Photography by Natalia Kandula. Daniel was born in 1981 in West-Berlin and and attended the Special Coaching Actors Stuido by Kristiane Kupfer in Berlin. He had his cinema debut with Laender Haußmanns movie “NVA”. His breakthrough role was the satanist Toni in “Schwarze Schafe”.

After various Tv and cinema roles, like “Sommer in orange”, “Zettl” by Helmut Dietl and “the same sky”, he started playing at the famous berliner Theater “Volksbühne”. Where we shot the editorial as an hommage to the house, the passing Intendant Frank Castorfs and all his roles like: “die Brüder Karamasow”, “Faust”, “Baumeister Solness”.

You can meet him and the rest of the ensemble tomorrow at the last “Strassenfest After the last show of ” Baumeister Solness” the last ever play under Frank Castof, the Volksbühne closes the doors and partys with you on the streets! Don’t miss it!

Before I came to Volksbühne, I had no artistic home. I only knew the theatre from a visitor’s perspective and I had always been baffled by the actors’ performances. And at the same time my brain was filled and all my senses were stimulated, so that the nights I spent there continued having an effect on me. In 2014 Marc Hosemann asked me to guest star in the play “Baumeister Solness” and Frank Castorf really liked the idea. First I was only supposed to take on the role of Ragnar but then an actress dropped out, because the fell sick and I took her place, playing the wife of Solness. Bert Neumann, who was the set and costume designer, had the idea for that. Looking back, that was my favourite role. People were gasping when I appeared onstage in costume for the first time during a rehearsal. After that I played Alijoscha in Castorf’s Karamasow. That was a ride! It premiered at the Wiener Festwochen. The rehearsals with Castorf are really tough. But you can get used to it. When I became part of his fantasy, indulging myself in the great matters and texts together with those incredible colleagues, I know something extraordinary is in the happening… I really love my colleagues! I feel like we’re some team of superheroes led by a mad man. At Volksbühne I was Mrs. Solness, Aljoscha Karamasow, the traitorous foster son, who transforms in Moliere, I played Castorf’s theatre director in Faust and when I stood in for a colleague during the last Castorf premiere, I teamed with the prompter. Last but not least I got to perform this amazing text by René Pollesch. We had such a great night with Service/ No Service that I sometimes still like to quote the text in everyday life. And now we’re all parting. It will take some time until I’ll fully grasp what’s been happening to me during those 3 years.