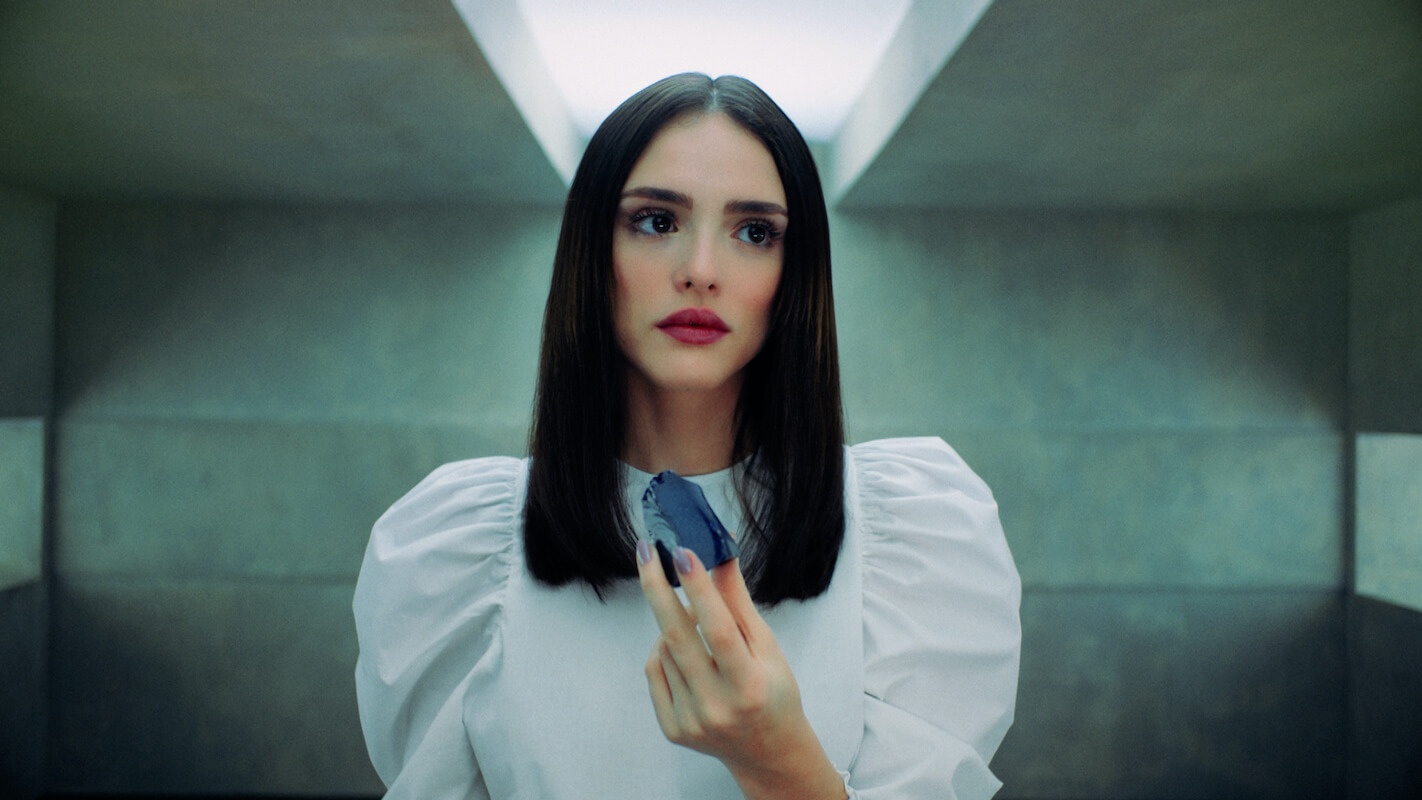 Director’s Notes:
From its inception, the film was designed to explore the concept of individual freedom in a self-alienating world. We sought references like Tati’s “Playtime” and Welles’ “The Trial” which are set in cold and inhuman corporations and deal in the individual’s attempts to emancipate themselves from their surroundings.

Therefore, our ideal setting would be an impenetrable space arranged around geometric forms; static compositions and diegetic lighting would aid in creating the desired sense of orderliness. Our protagonist would mechanically execute a repetitive task, blurring the lines of her personhood and thus reducing her to a number: Employe 5055. The oppression would be reinforced by voice commands, responsible for guiding Elle’s actions and segregating her from her own free will. 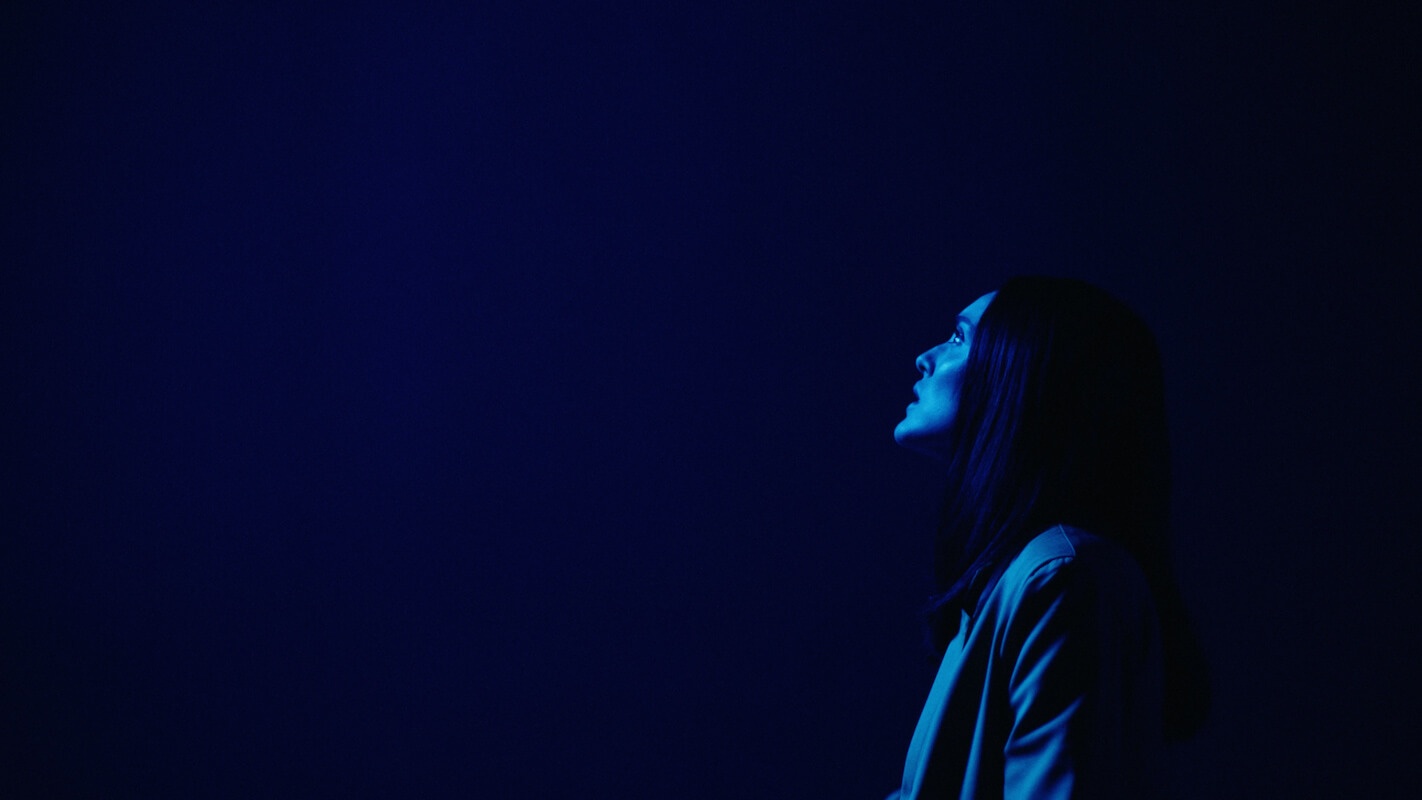 Eventually, Elle secures access to the restricted command centre at the corporation’s heart. Her proximity to freedom is visually inscribed by the setting: a hollowed-out computer room devoid of the factory floor’s totalizing presence. Once she takes her destiny into her own hands the setting collapses entirely leaving in its wake a transient emptiness: a blue void.

The use of colour in symbolic form was a strong aspect of our artistic direction. We recognised the inherent preciousness of the colour blue by dint of being the one that occurs least frequently in the natural world. We imagined it as a radical moment for Elle, a pure phenomenological experience without reference in her world. In this sense, the colour blue served as an extended metaphor for our narrative arc. From the purity of blue comes the possibility of new beginnings, signified by the liberating dash that closes the film. 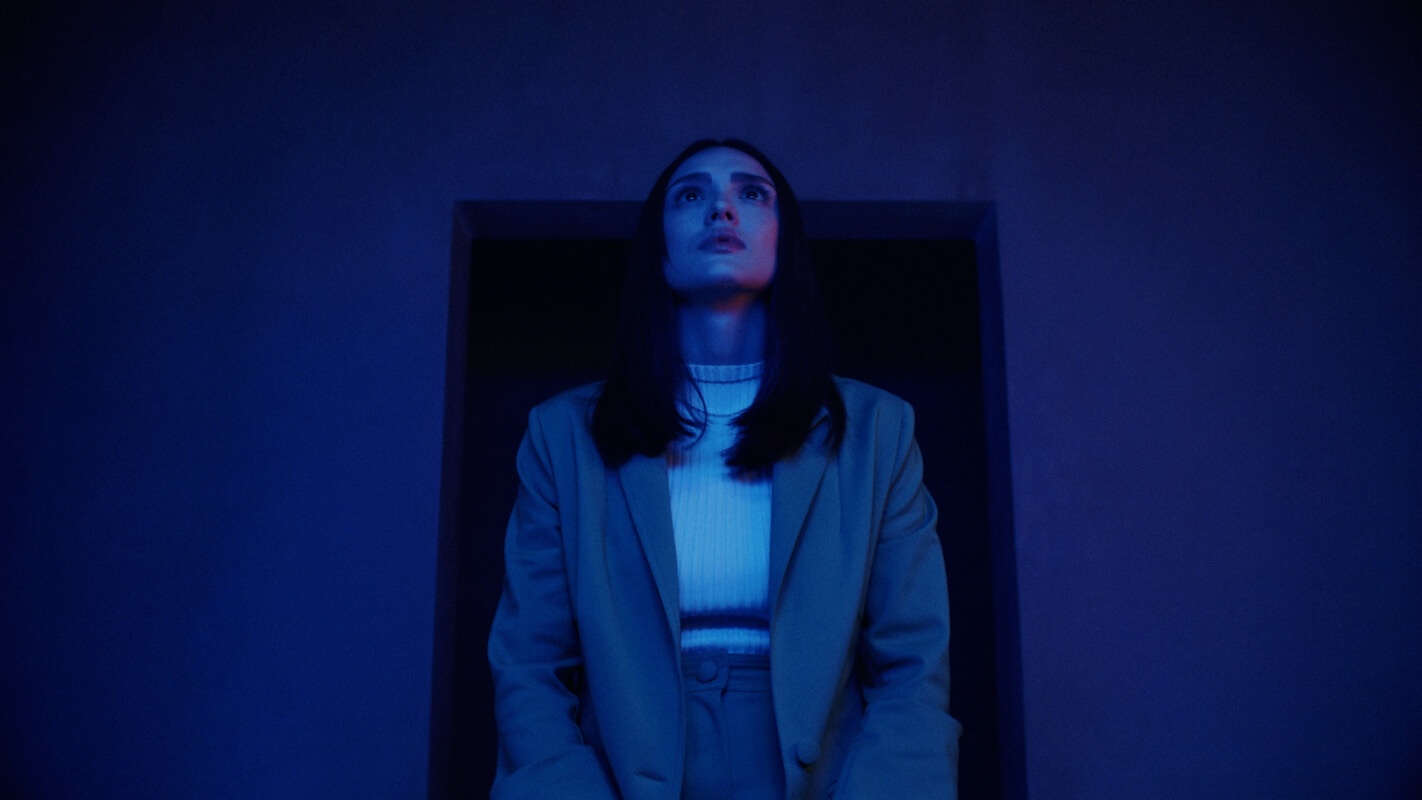