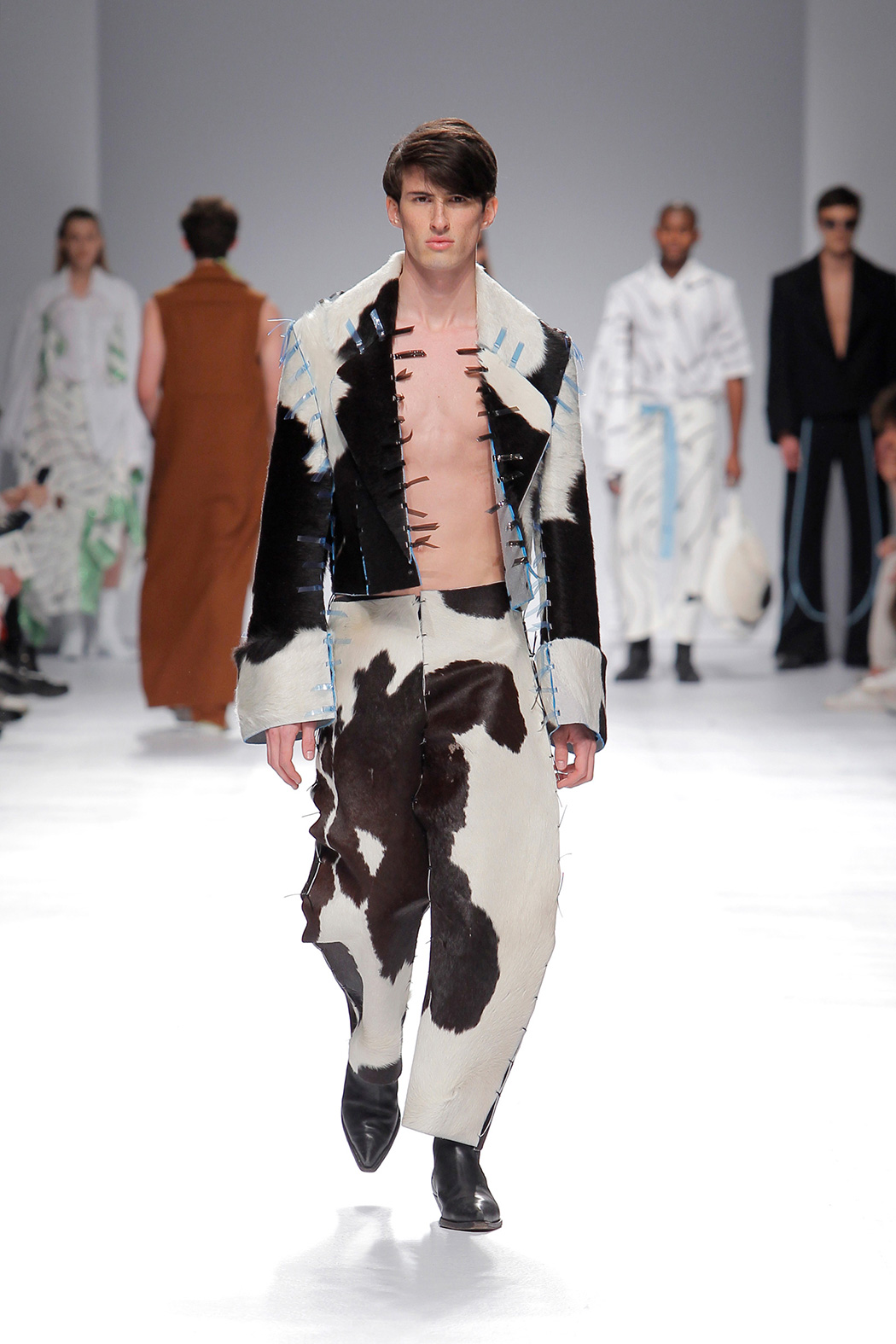 #ModaLisboa – One To Watch from the Sangue Novo section at the fashion fest in Portugal. Designer Federico Protto unveiled his new collection for the next winter season in Lisbon. “My collection’s main inspiration is the journey to my birthplace Montevideo, Uruguay, in January 2016. This return led me to question the idea of origin and destination.Looking into the traditional, historical and ethnological fashion of my birthplace suggested the work with the cowhide as a main material and the Gaucho – an archetype of a South American persona – in a figurative and also abstract manner.” says the designer about his new line. All photos by Ugo Camera 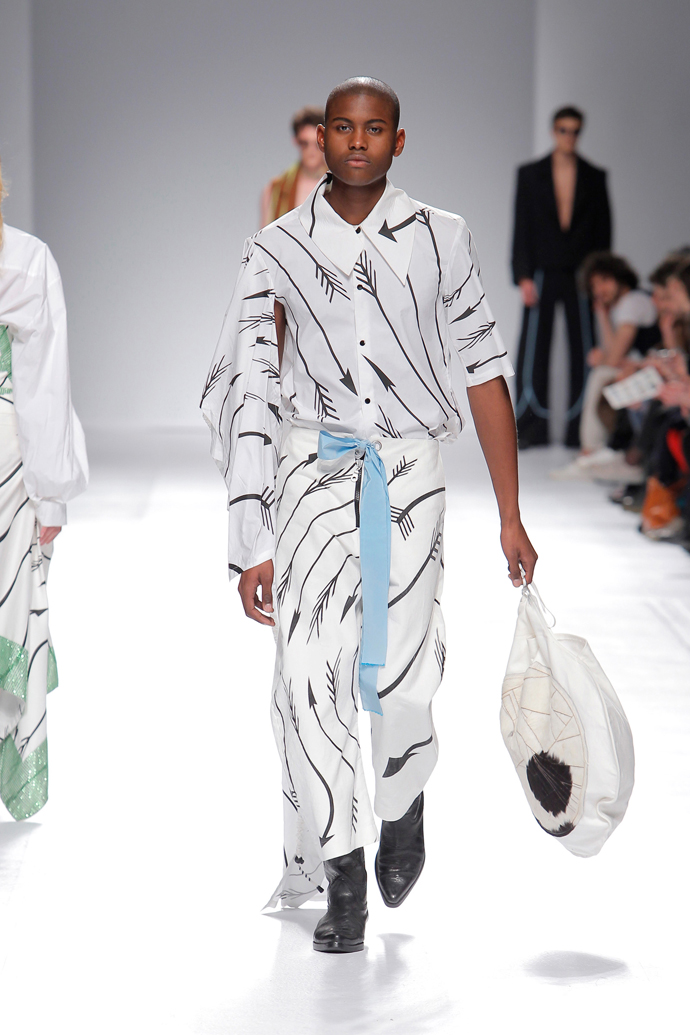 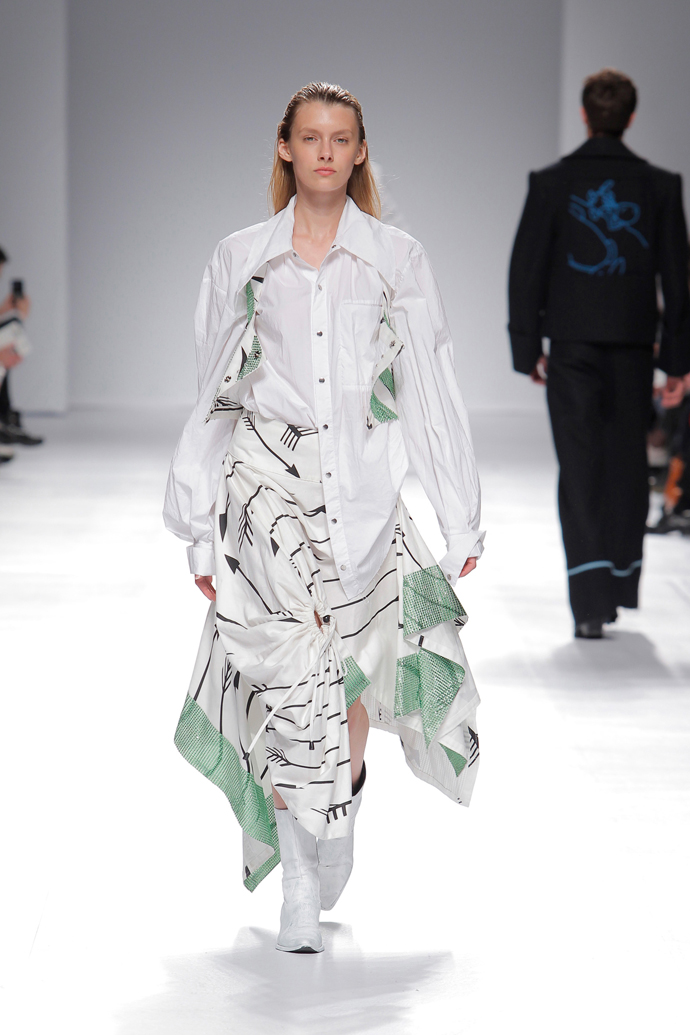 Spiritual topics and elements are reoccurring and omnipresent throughout my work, it is my goal to find pictures, techniques and situations to provide the wearer the possibility to evoke these valuable spiritual states of mind in any situation. I see my garments more as energetic artefacts, the person wearing them as gender fluid and utopian shaman of the digital times. 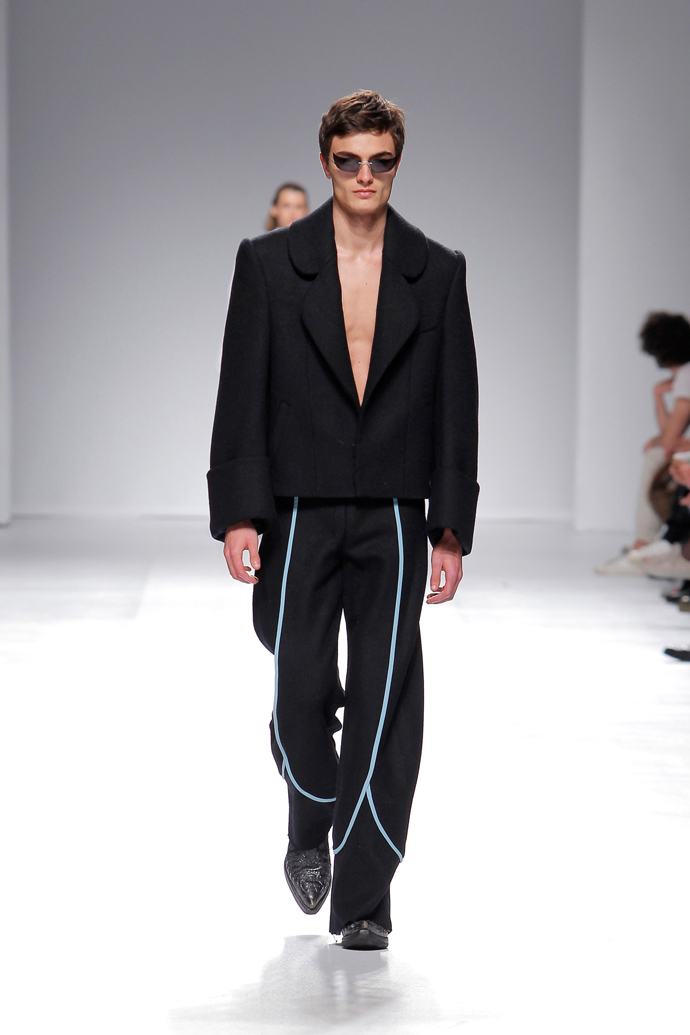 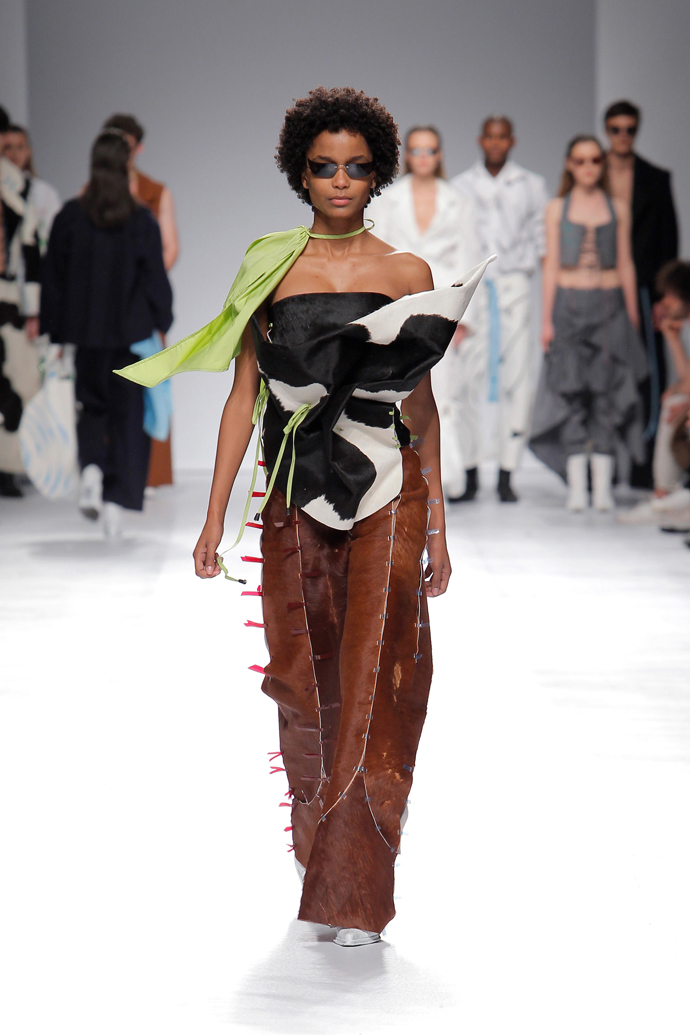 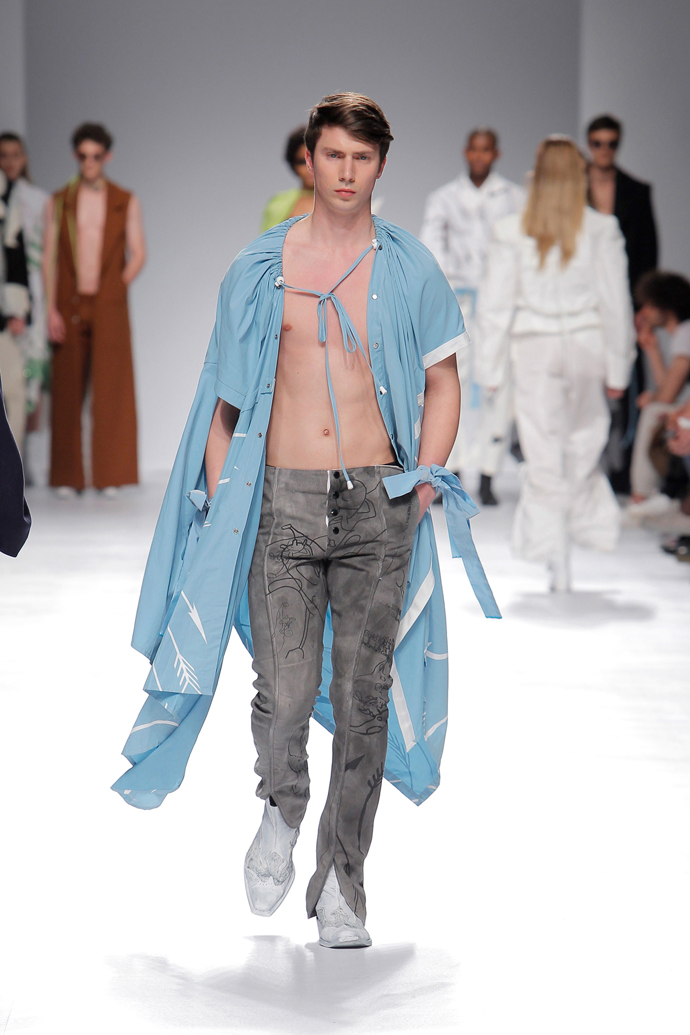 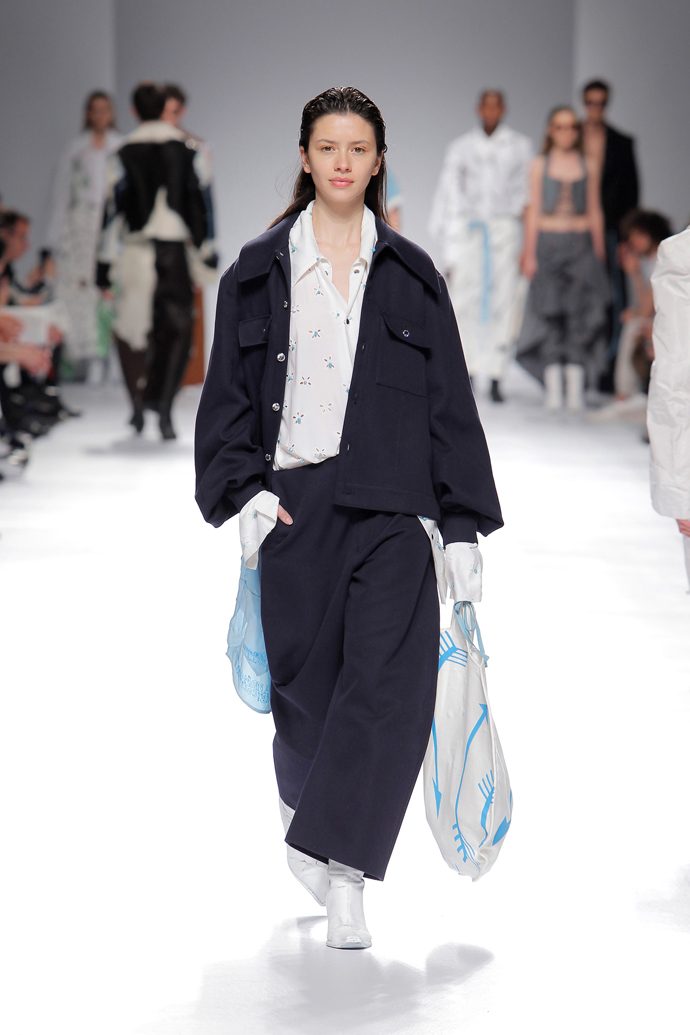 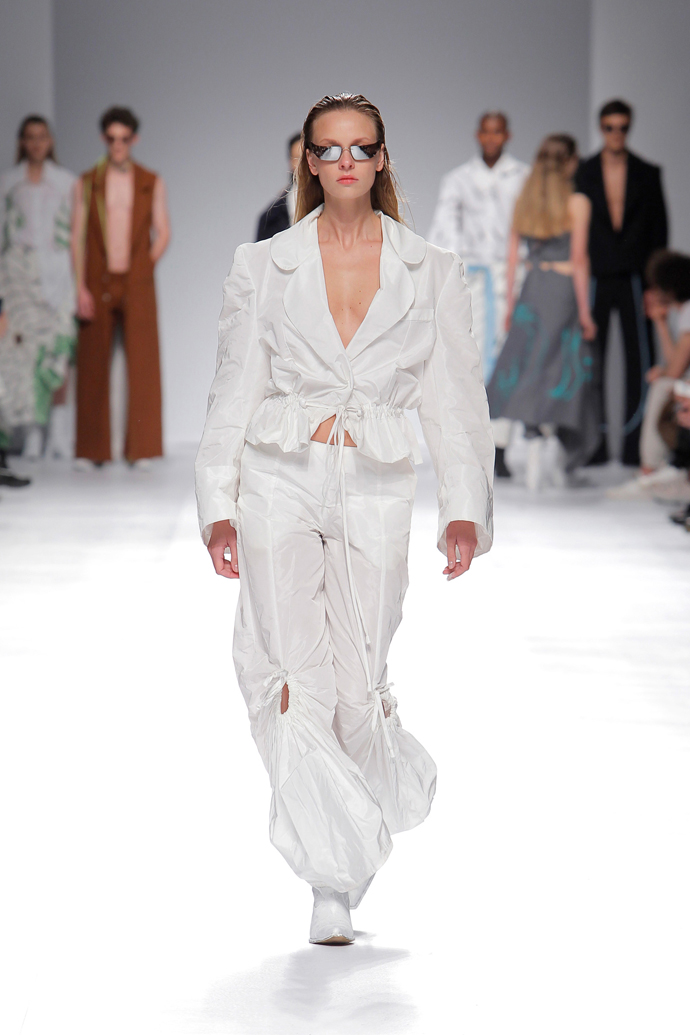 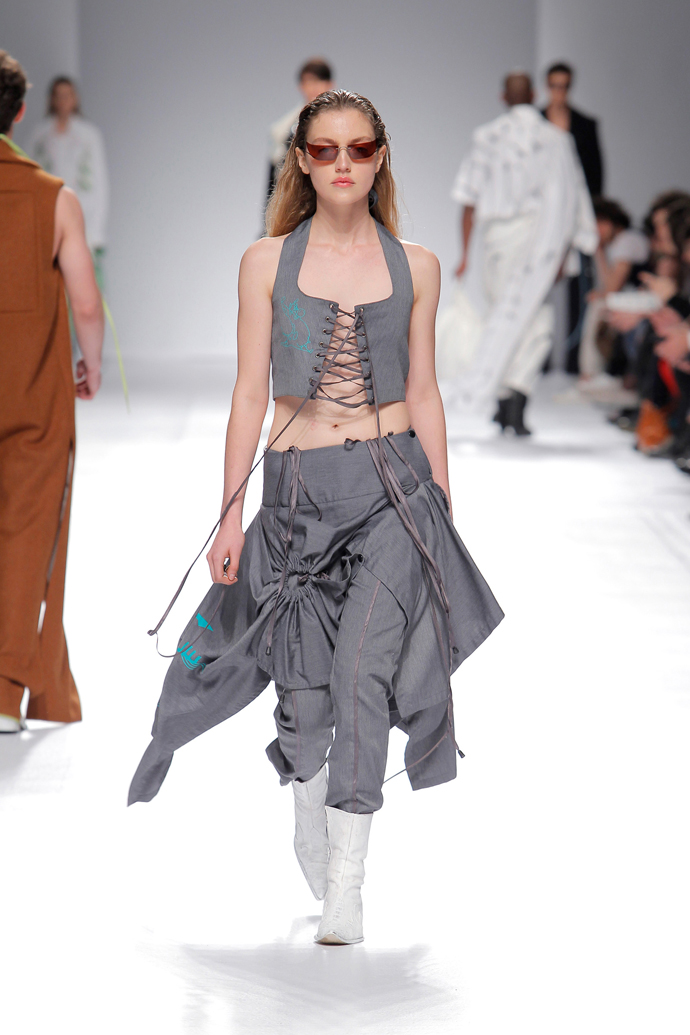 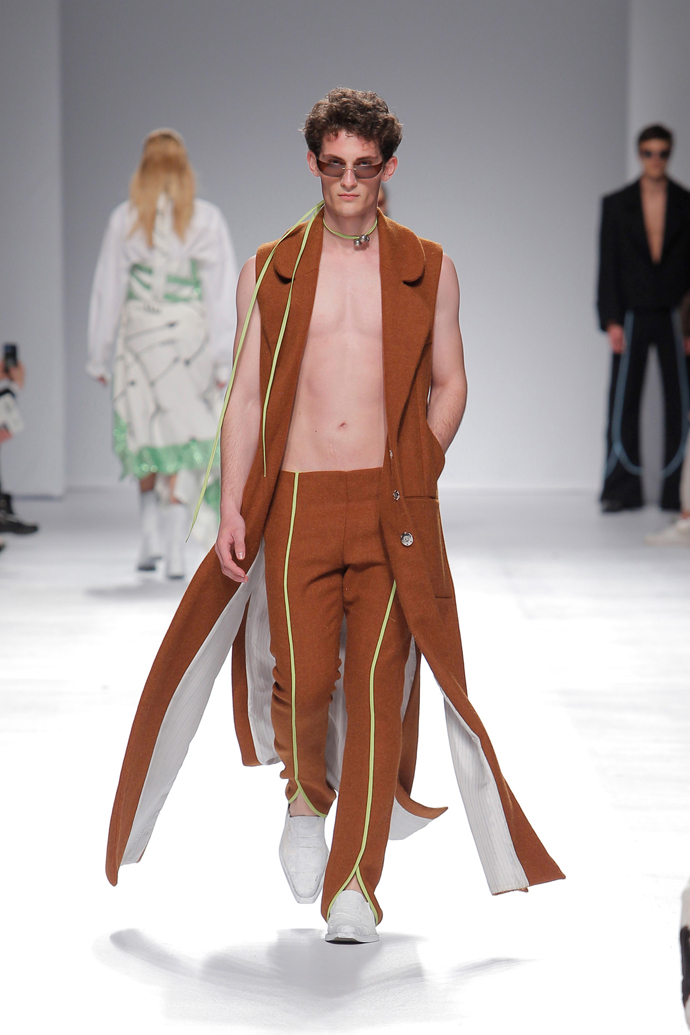 Federico Protto was born in 1991, in Montevideo, Uruguay. Today, he is living and working in Vienna and Budapest. Federico Protto studied at University of Applied Arts, Vienna with professors Bernhard Willhelm and Hussein Chalayan, graduating in 2017 with a diploma degree. He worked for Michael Sontag in Berlin, Marques’Almeida in London and Hildur Yeoman in Reykjavik.

His work is a constant gradient between mythology and pop culture, the creative output is “new theatrical, eclectic-electric…”. He aims at free spirits and wild elegances. As shamanic collector he creates shamanic collections. In 2015 he won the Kunsthalle Wien Uniform prize and in 2017 the Indie Magazine Award. In 2017 he received a state grant provided by the Austrian Fashion Association.