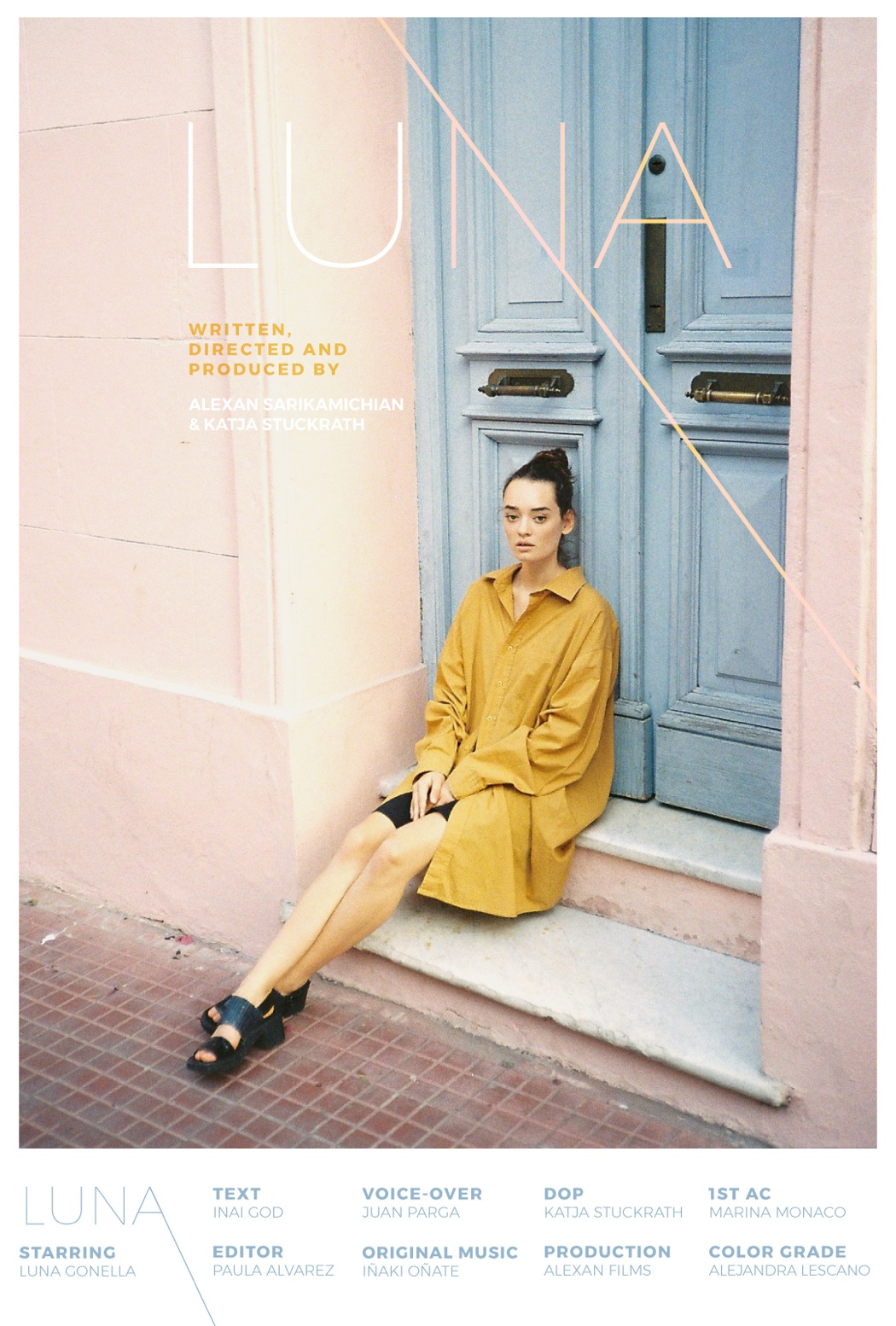 A girl lives in a boy’s head: their love is even more intense with the time but, is it real?

Alexan Sarikamichian, born and raised in Argentina, began his career as a producer with more than 10 short films such as “La Donna” and “Pude ver un Puma” which got nominated in The Cannes Film Festival. He also produced feature films such as “Juana a las 12″, “Paula”, “Juan Meisen ha muerto” and “El Auge del Humano” films that had global recognition and gave him the opportunity to attend San Sebastian Festival. After years of developing himself as a producer, he started his career as a director with the music video called CHICOS, his first fashion-oriented film “Nadie hace el amor en soledad” and short films titled: “COSMOS” with more than 50k plays, “Total Destrucción” and “FATAL”. By February 2017, NOWNESS launched Alexan’s Best of.

Katja Stückrath was born in Rada Tilly, Patagonia, (Argentina), where she had her first approach to photography at age 15. Years later, she moved to Buenos Aires to study Cinematography at the Universidad del Cine. In 2018, Katja made an exchange at La fémis (École Nationale supérieure des métiers de l’image et du son.) in Paris, where she will be based in 2019. Katja (besides her aspirations of becoming a Director of Photography) is also a Photographer.