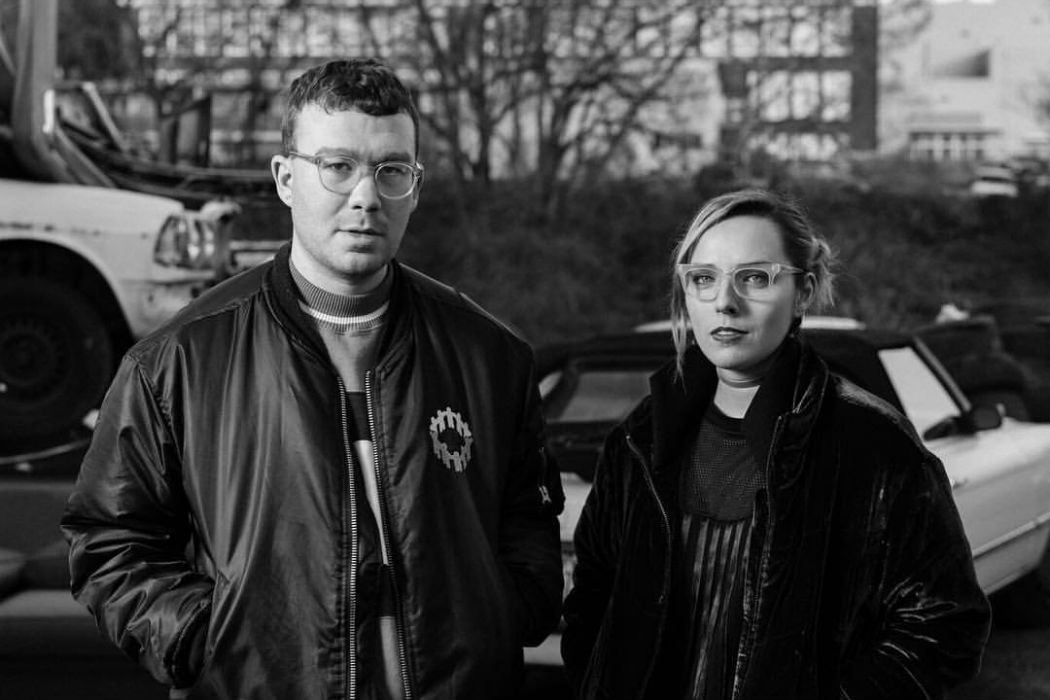 Celebrating the release of their new single and video ‘Violence’, taken from the upcoming LP ‘Out Of Tune’, experimental pop duo FKL, Joe Gillick and Sage Redman, have selected the songs that soundtracked their recent move from the UK to Seattle. The couple duo, formerly known as funktionslust, headed to Seattle after Sage’s visa ran out, and they’ve since launched and founded Orphan Radio Pirate Network out of the Capitol Hill arts space LoveCityLove in a bid to unify the rainy city’s splintered music scene.

“On Christmas Eve of 2015, I was having a drink in South London with my friend who had just started working on a music video for Jamie XX. He was telling me how Jamie and his Young Turks friend were banging on about Robbie Basho – a wounded man wailing over beautiful guitars. I got back home and scoured the internet until I found “Rocky Mountain Raga”. I became instantly obsessed and sent it to Sage. She woke up on Christmas morning at her mom’s house in Napa, California equally struck with fixation. A beautiful 12 string guitar ornaments Basho’s Haiku-based lyrics, and really sounds like nothing else on the planet. His album Visions of the Country followed us from London back to the place it was written. After arriving in Seattle in the summer of 2016, we drove down the west coast to California. Looking out over the cliffs of Big Sur with buzzards flying overhead, “Rocky Mountain Raga” blared from the car speaker.” – Joe

“We bought the Commissions I EP in London, and since then have put on side A to hear this piece almost daily. When we got to Seattle, we started playing it in our radio sets overlayed with different monologues (i.e. Louis C.K ranting on Conan about cell phones). The song is so evocative and seems to make anything sound so much more beautiful. In fact, I (Joe) loved it so much, I actually used it to soundtrack the vows I wrote to Sage when we got married in Seattle.” – Joe & Sage

“Our best friend Billy (and partner in our label/radio station, Orphan.) used to go to Boxed grime instrumental nights in London with us all the time. The big track back then was “Sweet Boy Pose” by Dark0. I listened to it all the time. A year or so later, as I was boarding the flight to rejoin Sage and move to Seattle, I put the Mr. Mitch album, Parallel Memories, on repeat. I would wake up to his “Sweet Boy Code” edit every single time it rotated back around. It was the song accompanying every thought and feeling of melancholy as I flew over the Atlantic.” – Joe

A Year In Pain: Rosmarin recommends 100 of 2019’s darkest records

“The Knife album, Shaking the Habitual, is one of our all-time favorites. We saw it performed live at the Roundhouse in London. We’ll never forget the way they uniquely brought the songs to life not just musically but physically with performative dance and theatrical staging. The show really repurposed the modern expectations of a musical performance. Raging Lung’s political leanings soundtracked our move at a time when the conservative law was directly impacting our lives in a negative way.” – Joe & Sage

“‘Poison Dart’ is a quintessential The Bug track. When we’re DJing, it’s one of the only UK club tracks that goes over just as well in Seattle as it does in London and transports us back to SE15. “- Joe & Sage