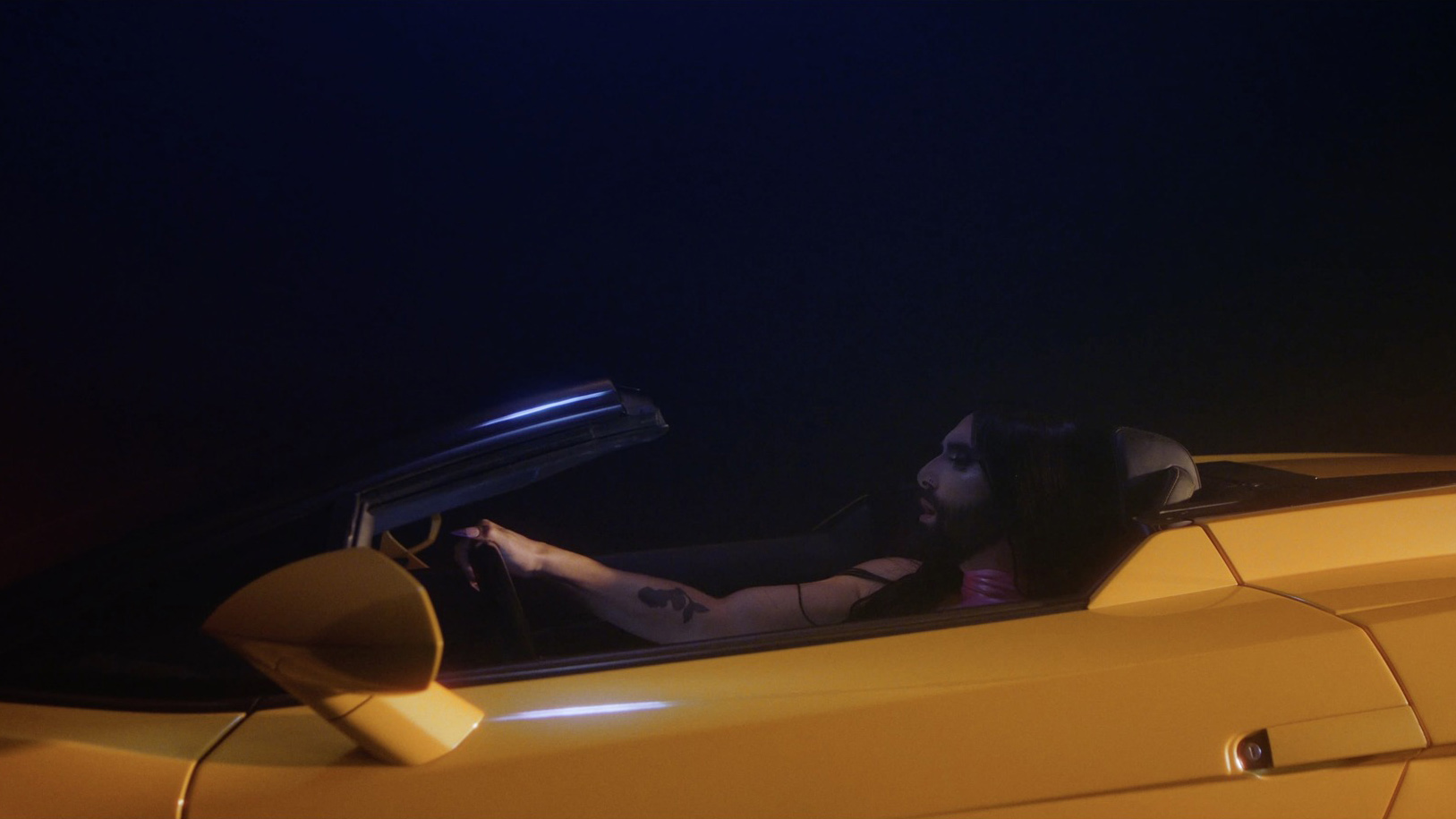 Fresh Out of the oven: Conchita Wurst – CAR (IDHLARGT)

Let´s start the day with the brand new Conchita Wurst video: CAR (IDHLARGT)! Tom Neuwirth a.k.a. Conchita Wurst has had enough of sad songs and delivers a massive earworm with CAR (IDHLARGT). “I don’t have like a really good time” is repeated frenetically and mantra-like. The artist thus reminds us that it is entirely up to us whether we look at the dark side of any situation or focus on the sunny side. The fast-paced pop music video was released at the same time.

“Every moment in life is ambivalent and has several sides. The only thing I can determine for myself is whether I train my perception to see the good or surrender to the abyss,” says Neuwirth, who wrote the song together with Lukas Klement and Martin Zerza. The fast-paced pop music video has also been released today, and exclusive making-of videos will gradually be published on the new video platform WURSTTV.com.

Facing rough times with as much optimism as possible is what the multi-faceted Austrian artist, who has already dabbled in numerous different genres since his Eurovision win in 2014 and who does not and will not allow himself to be pigeonholed, wishes for. “My musical taste is as diverse as life, and whoever listens to my tracks must please decide all by themselves whether they like it or not. I celebrate life and boundless optimism – and that’s fun!”

The pop music video to CAR (IDHLARGT) marks a new chapter in the artist’s visual work. A one-minute, uncut opening sequence as if fresh from the 80s, speeding car rides, a destroyed hotel room, dogs made of porcelain or flesh and fur, car driving games and a spaced-out TV announcer – at the end of a fantastic night of partying, honestly no one really knows what happened for real and what was just fantasized. The music video was made on three days of shooting with three different recording teams and was edited under the direction of director/producer André Karsai by the Linz production duo Manuel Prammer and Kevin Rieseneder (crisp&juicy) to create the trippy music video.