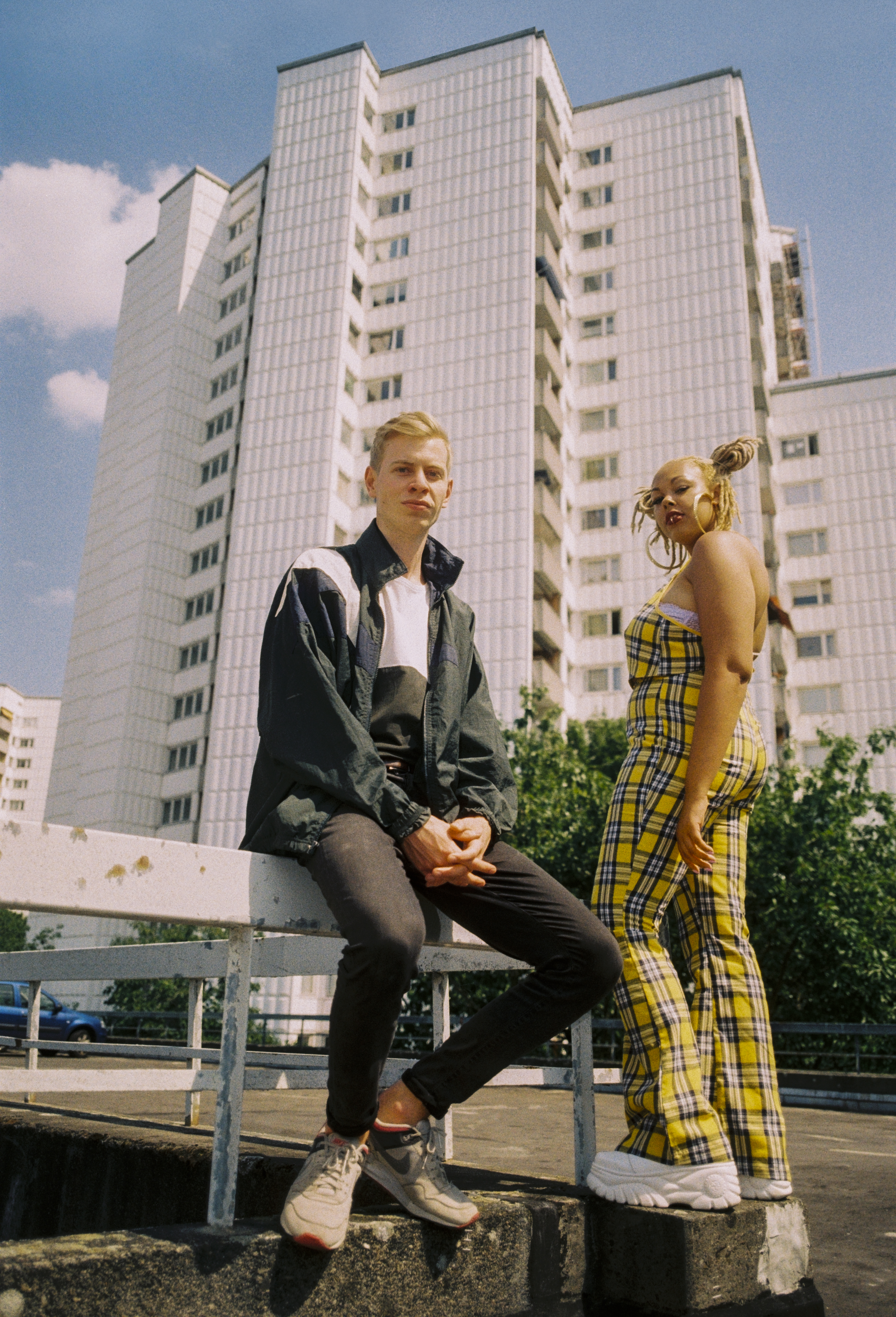 UK R&B singer Harleighblu and neo-soul & hip-hop producer Bluestaeb release the long-awaited and highly-anticipated joint album ‘She’, following a string of delightful singles including ‘Cake’, ‘Present’, ‘Queeen Dem’ and ‘Call’. Described by Highsnobiety as “dripping with a tone of luxury”, the duo continue to impress with their effortless jazz-infused yet hard-hitting tracks often with a political message. With female empowerment, diminishing cat-calling and many more themes running throughout, this album has kept a lot of people waiting on the edge of their seat – and it’s safe to say they will not be disappointed! Laced with nothing but glamour and funk, ’She’ is a 13-track stroke of excellence with vocal inspirations from the likes Nina Simone, Lauryn Hill to the electronica infusion synonymous with Mura Masa and Ta-ku.

After Harleighblu heard Bluestaeb’s music at Camden’s Jazz Café in 2016, the multinational duo decided to search for new ways to express their common love for uncompromised hip-hop and R&B. Bluestaeb’s soulful approach to beat making complemented Harleighblu’s vocals oh-so-perfectly as she staked her claim on the neo soul and hip-hop territory she always identified with. Hailed as an up and coming ‘queen of soul’ with references to Nina Simone, Lauryn Hill and Amy Winehouse, Harleighblu’s signature sound has matured into a frank, self-possessed voice, bringing us honest, feminine, yet unrepentant lyrical touches. Additionally, the Paris and Berlin based producer Bluestaeb made his name through his releases via German tastemaker label Jakarta Records, where he released alongside Kaytranada, Ta-Ku and Mura Masa. Both his solo and collaboration projects have been internationally praised for their warm characteristic sound, receiving airplays on Soulection, BBC 1, Rinse.FM and many more.