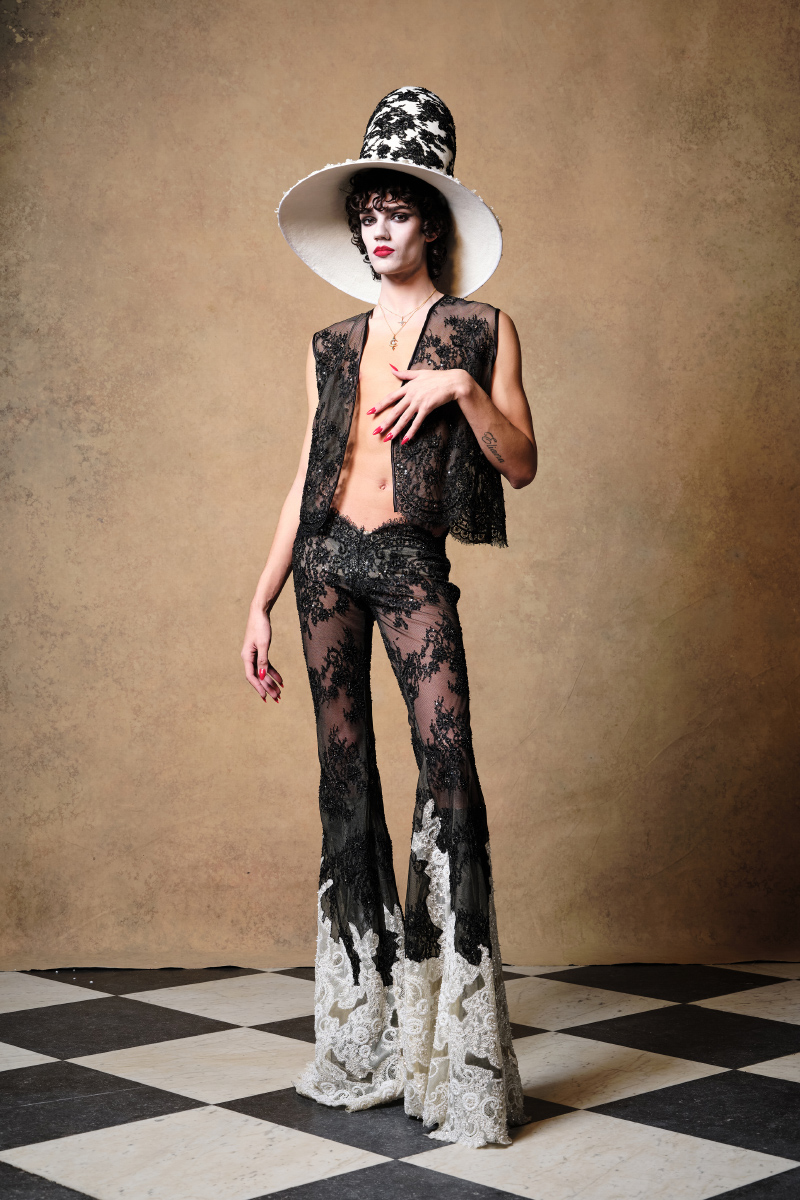 “A Fluid Demi Couture collection made all by hand. Using up-cycled materials and 100 year old upholstery fabric from Villa Bussandri. A collection of all my deepest hopes and dreams.”

60 YEARS A QUEEN has been in the making for several years. Harris Reed first stumbled upon the 1897 book, written by Sir Herbert Maxwell on the reign of Queen Victoria, during his first year at Central Saint Martins. It happened to have landed on low-fi photocopies of Mick Jagger, captured in the mid-70s. This juxtaposition of material, era and aesthetic, it turns out, was a perfect happenstance that would go on to shape the spectrum of inspirations informing the fluidity of the Harris Reed vision. This is where the February 2022 collection from Reed finds itself.

60 YEARS A QUEEN calls upon monarchic details of draped, coronation-worthy trails delivered in rich (crown) jewel tones worked alongside lace tailoring in retro cuts. This isn’t so much a direct interpretation of the British monarchy’s sartorial inclination, but instead a look at how the club-kid scene has long borrowed, loaned and built upon the regal wardrobe — whether that’s in necklines of ruffs, masks and takes on ceremonial crowns or through evocative Elizabethan-era painted faces. 60 YEARS A QUEEN is a queerer interpretation of kings and… kweens. Reed also plays with proportion and volume, reconfiguring pieces to suit his glam-rock sensibility, while continuing to challenge the confines of gender and identity within each piece.