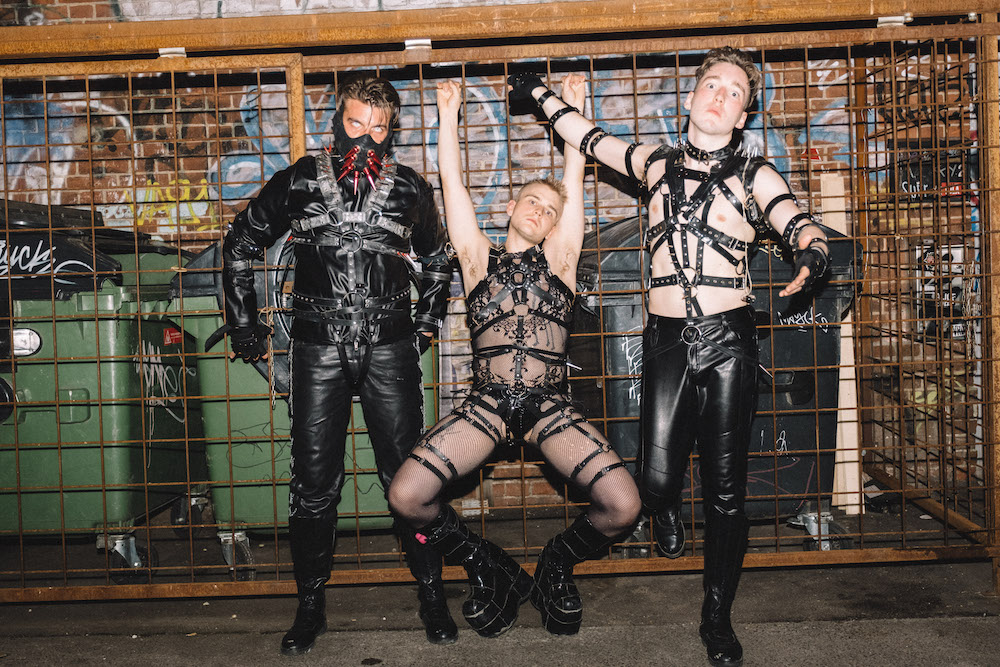 Held in Israel, this year’s Eurovision found itself in contention with various quarters, not least of all in the unlikely Icelandic techno trio Hatari who felt more than inclined to put a spotlight on the continued occupation of Palestine. In one of its most talked about moments of this year’s musical event, Hatari gave the more straight-laced acts a run for their money and drew the wrath of the broadcasters, the industrial punk aesthetics truly packing a punch and delivering. Their entry ‘Hatrið mun sigra’ (Hatred will Prevail) on the global stage, and flag-waving antics certainly got tongues wagging and ruffled a few feathers, finding exposure to a whole new world-wide audience.

With elements of performance art and being unashamedly political in everything they do, Hatari are consistent with their unfailing resistance to injustice, whilst attempting to commodify their anti-capitalist stance with tongue in cheek irreverence. As Europe and the wider world becomes increasingly surreal and intent on destroying itself, the lines between reality and satire blur as we hurtle towards a self-inflicted Armageddon. Hatari explore this with a playfully dystopian outlook and an intertwined self-awareness. This sits alongside incredibly photogenic and angelic faces juxtaposed with delightfully menacing overtones in sight and sound. A relentless energy with a more than overt and healthy dose of BDSM, Hatari make for compelling viewing with their videos and live acts.

KALTBLUT: First up, tell us a little about Hatari and your group dynamics given that there are familial bonds.

Hatari: We sometimes say we are family first, anarcho-syndicalist commune second, and co-workers third. We try to organise ourselves in a spirit built on family values, the destruction of 21st century capitalism, and professional attitudes towards the music industry.

KALTBLUT: Hatari have a very defined sound and image. What are your influences, obvious or otherwise, that inform what you do?

Hatari: We take inspiration from a variety of sources. The writings of Guy Debord, Rebecca Solnit, and various contemporary Icelandic writers have all lit our way in the past. As has the work of Britney Spears, Alice Glass, and Laibach. Ragnar Kjartansson, Bob Flanagan, and Robert Wilson are also inspiring names to mention. And the list goes on. The memoirs of Miko Peled were also an indispensable companion during the Eurovision Song Contest. But first and foremost, we draw inspiration from each other and our collaborators. 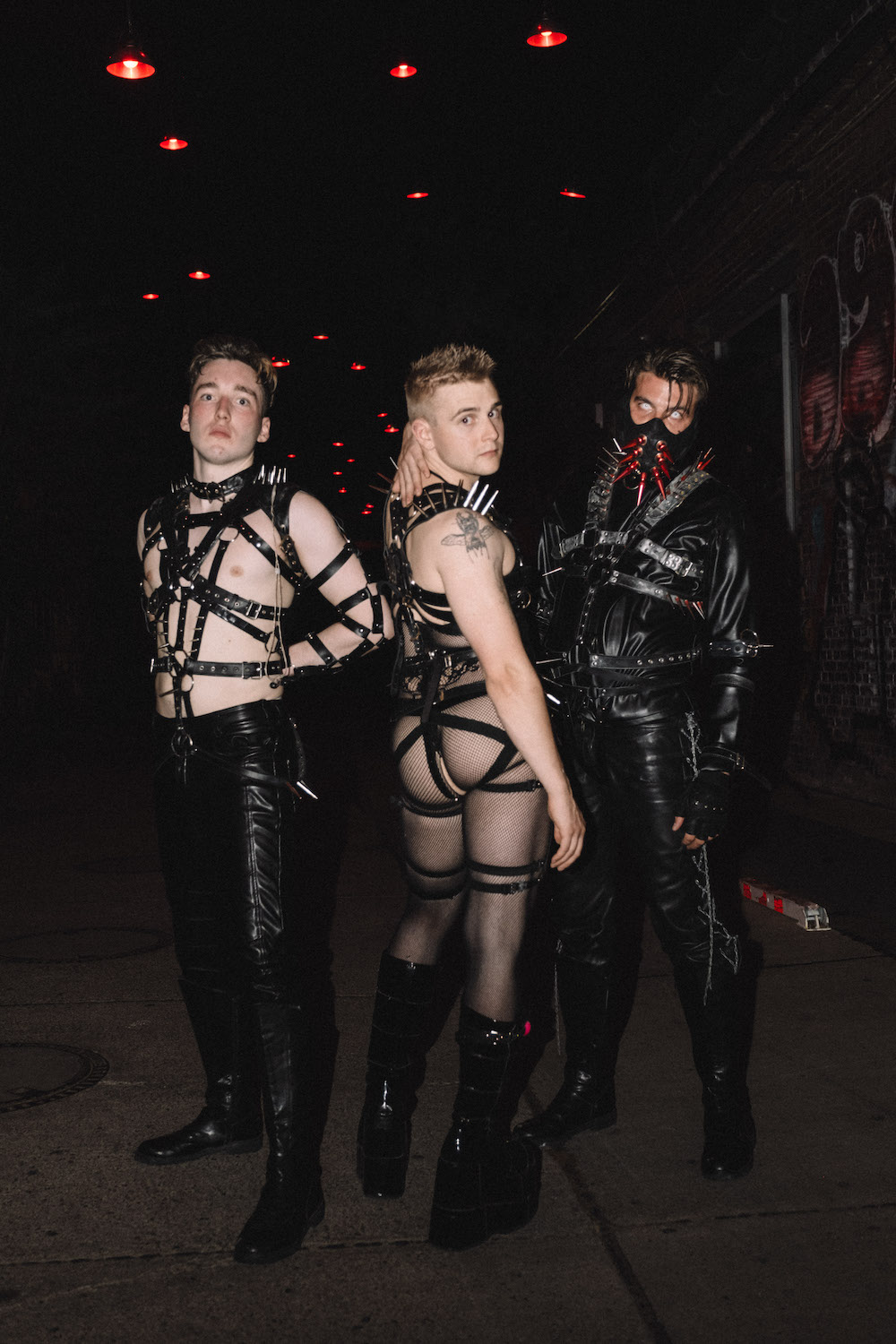 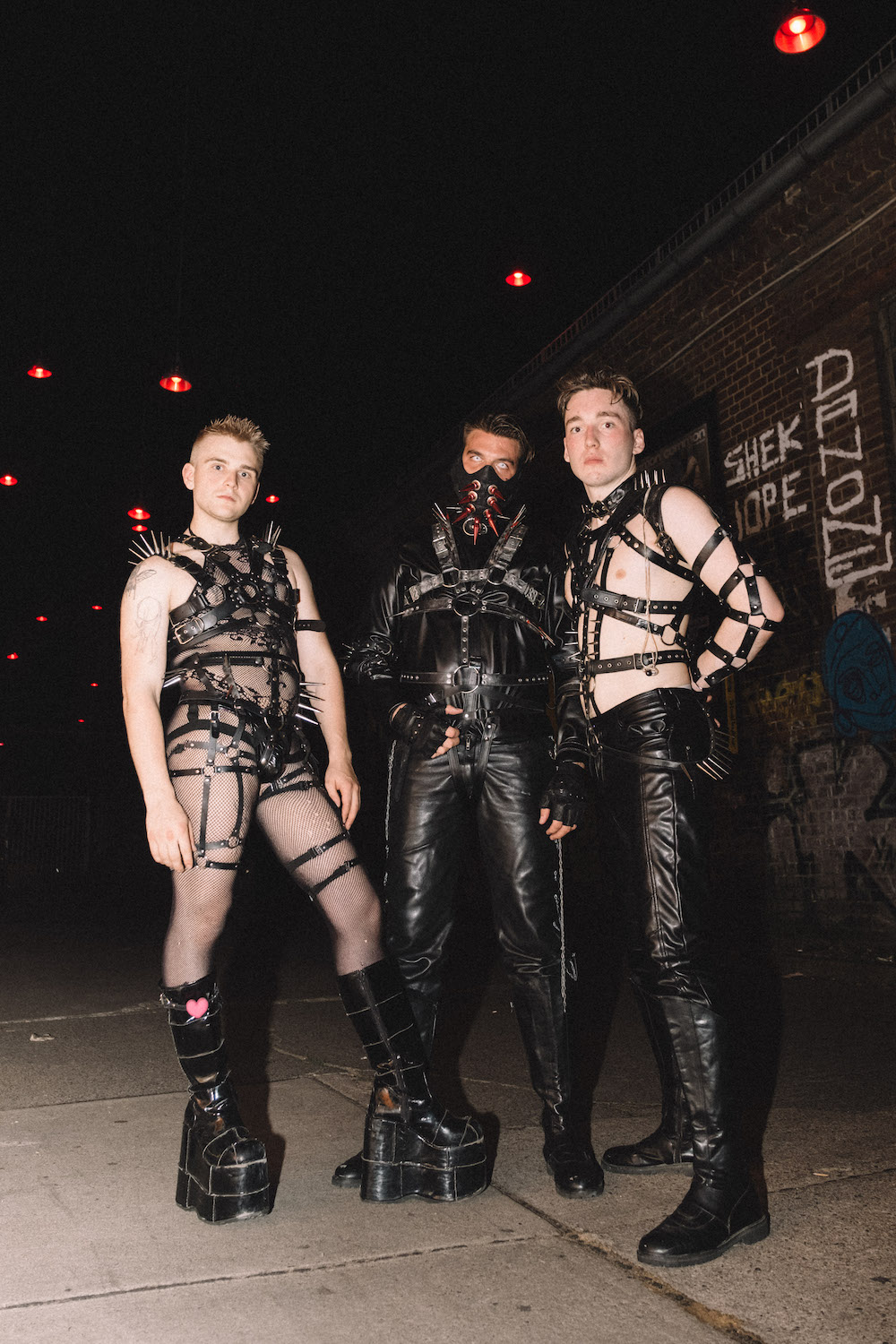 KALTBLUT: What compelled Hatari to take part in Eurovision, despite the conflicting nature of it being held in Israel this year and your political stance (and ironically, for a show that came out of a political nature, is staunchly apolitical)?

Hatari: We believe the dystopian aesthetic, content, and conflicting nature of our performance was relevant within the context of this year’s Eurovision Song Contest. There is no such thing as an apolitical song contest. This is especially true of a contest that claims to celebrate peace and diversity in a place where there is currently an illegal occupation taking place.

KALTBLUT: Considering the vast platform throughout the ceremony, how much trouble did you really get into for waving the Palestinian flag during the results and would you do it again?

Hatari: We would do it again. Regarding any possible repercussions for our national broadcaster, we feel they would be pointless, paradoxical, and undeserved.

KALTBLUT: Has being overtly political always been a conscious decision throughout for Hatari?

Hatari: We have always dealt with the paradoxical nature of opposing a system and operating within it at the same time. This is inevitable for any kind of counter-culture, which means our very existence is political. We have also drawn inspiration from themes such as image and commodity fetishisation.

Hatari: We all do as a team, not only the band members on stage but also the designers, video artists and other collaborators within the collective.

KALTBLUT: When playing live, it’s clearly from a more theatrical perspective, translating your videos to the stage (or vice versa). What are your favourite elements of the live shows?

Hatari: The theatrical nature of our performance, the dynamics between performer and audience member, and the energy we feel on stage when the two collide are always remarkable. We try to portray a staging and aesthetic that transcends the lyrics and the literal meaning of our tracks. It is also good when there are lasers on stage and no performance is complete without breaking a sweat. 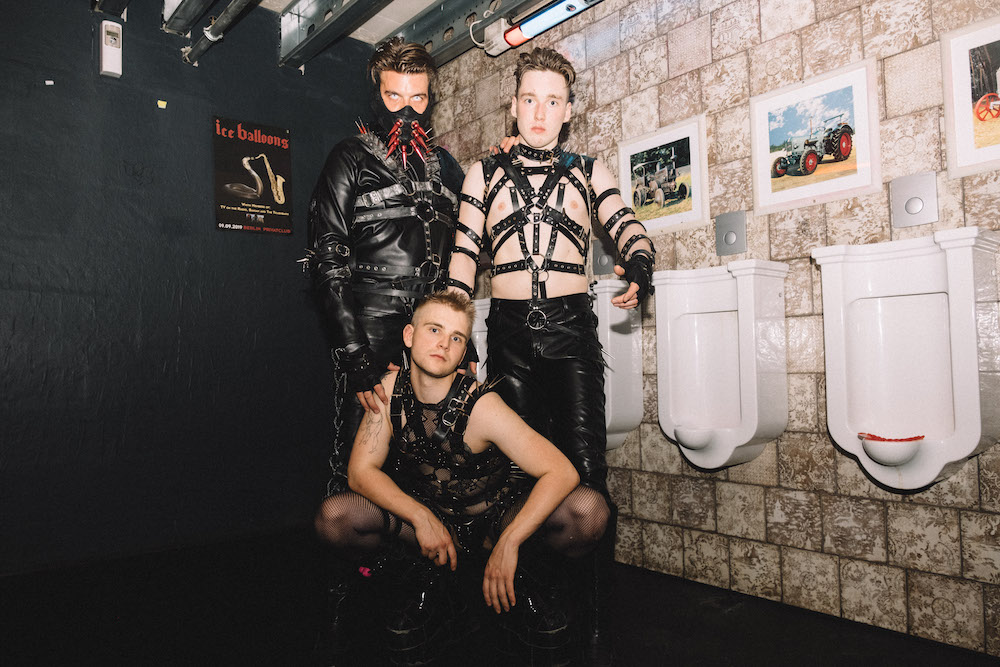 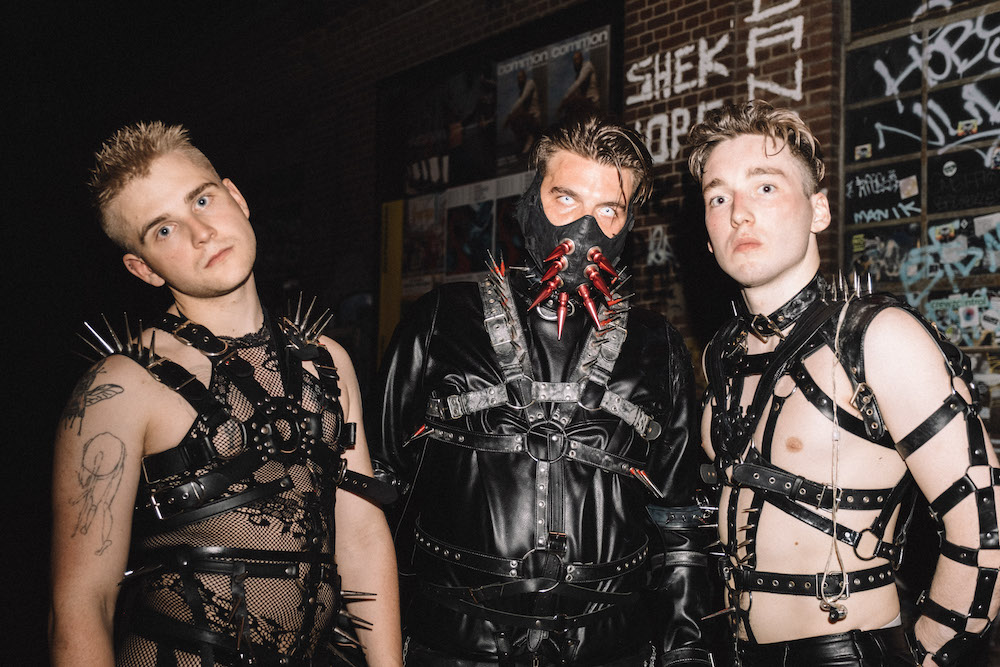 KALTBLUT: Hatari’s outlook seems to be quite bleak and dystopian. Saying that, what do you feel and possibly hope for, for the future of Europe as a collective?

Hatari: It very much looks like Europe will crumble under the weight of populism and that a climate-induced doomsday is upon us, unfortunately. But that doesn’t mean we can’t remain hopeful and perhaps sell a few T-shirts along the way.

KALTBLUT: And finally, what are Hatari up to in the near future that we can look forward to?

Hatari: We are working on an album and tickets for our Europe Will Crumble tour are currently on sale. A ritualistic gathering of sweat and harmony, preferably with a vegan family dinner on the same night, is also being prepared alongside the album release. Hopefully we manage to balance every day house work and recording sessions in these coming months.