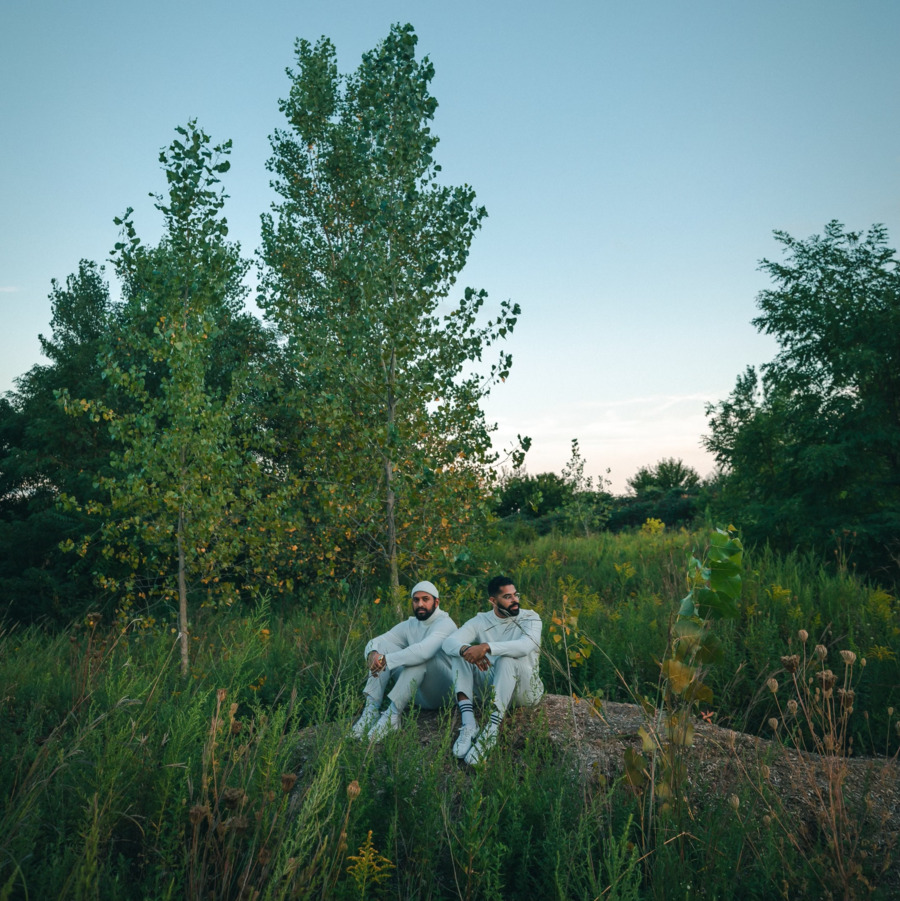 Houston-based HOAX is an indie pop-rock band formed by Michael Raj and Frantz Cesar, who coined the term “empathy pop” to better describe the overall feel of their sound and the conceptual underpinnings of their lyrics. Their musical style is influenced by a variety of genres, including alternative R&B, Motown from the 1970s, and 60s pop, resulting in something akin to a paradoxical “contemporary vintage” sound that will feel timeless when all is said and done. HOAX prefers to think of themselves as “the beautiful sound of sadness” as a close friend of theirs once put it.

b? is in essence a two-part concept album about the ever-raging conflict between DOING and BEING. How do you get out of your own way? Should you really let what you do define who you are? these are the questions that HOAX is so fond of asking in this album, going back and forth between themselves in a narrative battle that is both very internal and very universal.

The album’s chock full of introspection and poetic emphasis on the contradiction -or friction- of BEING vs. DOING. Each song offers different perspectives from different characters as they explore the complexities and vagueries behind the very concept of Being, at times giving us entirely hypothetical scenarios such as with “goldeneyes”, a true songwriting high-water mark that describes a fictitious substance that allows takers to see a new world that is their deepest desire at the cost of a horrid emotional crash after the fact.

The song -like the effects of the fictional drug- offers some insight into human wants and aspirations and how we often get caught up in these grand visions that we have of ourselves and our wants, something that may not exactly correspond with the intrinsic truth of who we’re truly meant to be.

Another important track -and perhaps the most important, conceptually- is the titular, “b?” which was placed exactly at the midway point of the album as a transitional piece, one that not only marks a before and after in musical terms (something you’ll notice while listening) but also lyrically and thematically, because up until this point the album had been somewhat focused on the aspect of “doing” alone, and now, even the name of the song entices us with the second half of HOAX’s Thesis.

BEING is so important a statement for the album that HOAX would go on to concoct a whole manifesto to go along with it, almost to spell out how sincere they are in this conviction that just being is something that we must perhaps relearn.  I don’t wish to spoil the whole reading  but I will leave you with this bit which I think is really important:

“Sit still in gratitude. Take a fuckin’ breath, And feel your lungs hold onto a gift that People wish to hold for infinity. Life. You have that. So where are you going? What are you looking for? You already have that which is most important. DO NOT DO. Just Be. “