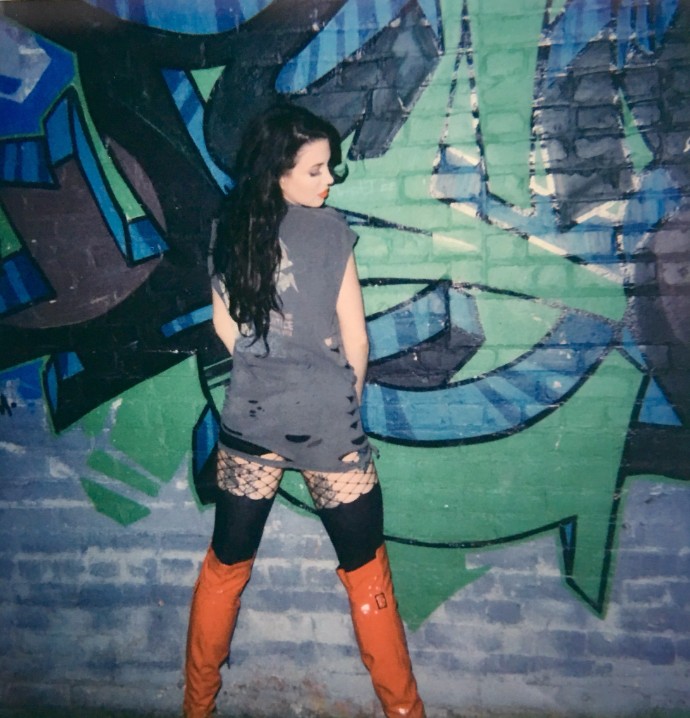 Shot during their run with UK rockers The Struts on their Dirty Sexy Summer tour is the Impossible Photo Diary from Dorothy. Lead singer Dorothy Martin, of the Los Angeles rock quartet, swapped her 35mm for an Autofocus 600 to give us an insight into the exciting life of a musician on the road. After capturing moments with hyped up fans and fellow bandmates, Dorothy share the intimate behind the scene documentation of memories sealed within an instant.

“My dad had a lot of film photography books so I think that influenced me. I’ve always been interested in film mediums of photography. I got three different Polaroid cameras as birthday gifts from my friends a couple years back, so I started shooting our band journey with them. It’s fun! I love the flash / nighttime photos. They always come out best. It’s also very candid. I see the moment and capture it. I don’t retouch or manipulate the images. It’s very personal. It reminds me of my childhood. I personally have always been a fan of various mediums of film photography. I own an 80’s 35mm Kodak camera (which, sadly, has crapped out on me) and many Polaroid cameras. The band and everyone in our crew takes turns using whichever camera we bring on the road, in this case a Polaroid Autofocus 660.

We crammed as many impromptu shoots as we could into this month-long run and surprisingly our fans started getting involved. They began asking for signed Polaroids, which we now make a regular part of our meet and greet routine after shows. We offer signed Polaroids as part of our merch bundles, and incorporate them into fan appreciate contests. We want to share the magic of film with everyone because it’s real, raw, and and un-retouched. You get to capture the truth of the moment. I (Dorothy) make it a point to collect my very favourite shots, and to scan everything in with an at-home scanner or camera phone. At the end of the day whatever Polaroids don’t end up in our fans’ hands end up in my personal photo album. We’ve actually been shooting on instant film every tour we go on, for the past few years. It’s amazing to look back and be reminded of the amazing memories and experiences we have while on the road. We’ve all gotten better at shooting with instant film. I’ve personally discovered that I prefer colour to black & white, and flash nighttime photography to daytime shots. We were impressed with the detail this camera provided, and the vivid display of colour it printed out. The camera itself is very durable, as it stood the test of a bumpy and unforgiving bandwagon ride around the United States!”

Original story from the Impossible Magazine