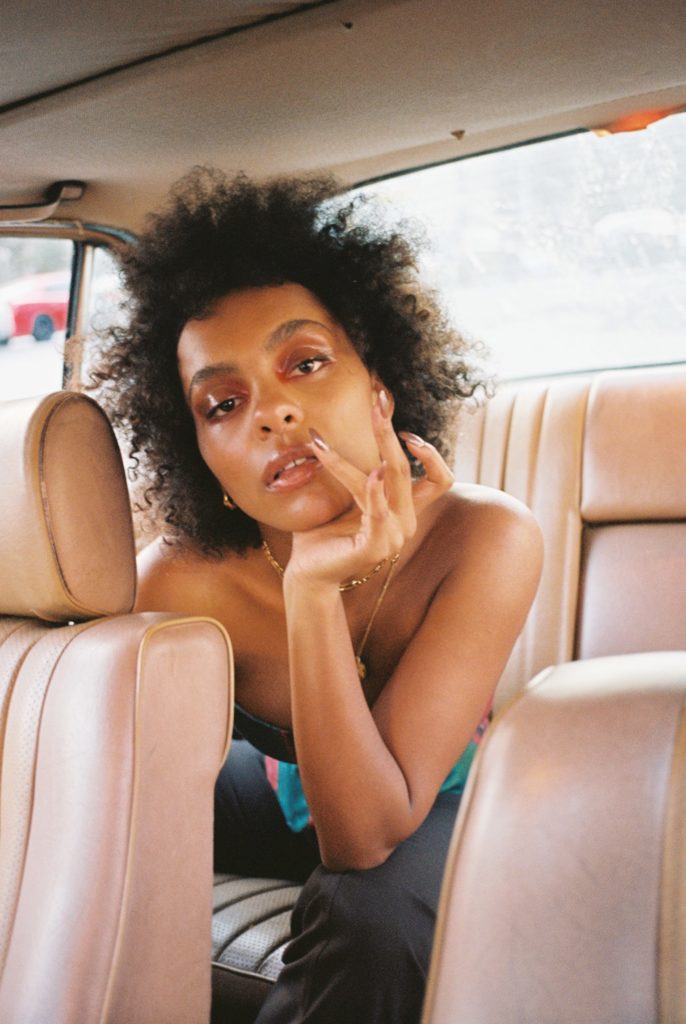 In 2016, a group of cool Parisian girls aged between 14 and 16 years old were becoming the symbol of a new digital generation. These girls were the Gucci Gang. Though they had nothing to do with the famous luxury brand, the troop were in attendance of all the top fashion shows and parties; they were everywhere, despite their young age. Amongst these girls was the youngest member Crystal Murray.

Surprising us with her soulful voice and attitude, she confirmed her talent with her debut EP I Was Wrong this April which included the catchy numbers “Princess” and “Easy Like Before”. We spoke with Crystal who, we hope, will become a major voice to follow of 2020.
Interview by Ivica Mamedy @vicamam.
Photos by Erika Bowes @sukebangirls

Crystal Murray – I was wrong. Get the track HERE 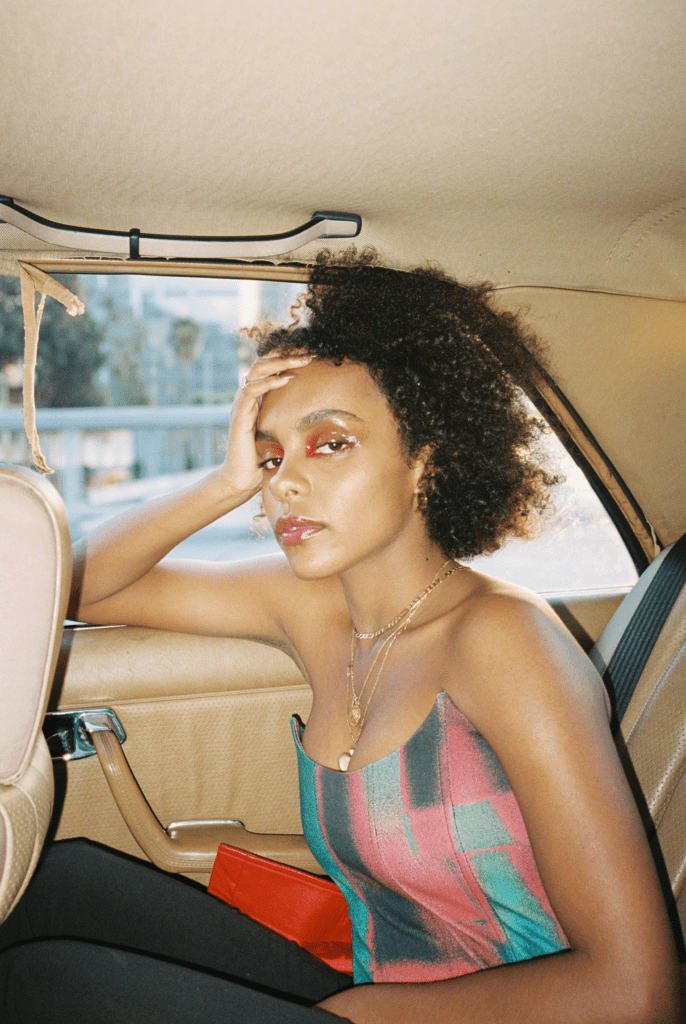 KB: Hello Crystal, what was your mood when you released your first musical project during this current global crisis?
Crystal: I felt a bit scared about it at first, but then I was also feeling like, we can’t stop doing what we are doing because of it and use this time to create and make a better tomorrow. My EP is about feeling empowered, a love story, and the title of my song “Easy Like Before” it’s such a coincidence that fits with the situation so well.
KB: Does the EP reflect your state of mind? Is it all about love or is it about some bad decisions?
Crystal: The EP is a variation of my moods. It’s gathering a lot of emotions that I didn’t have before, and just growing up and learning new things. I had such an image of love, of work and relationships when I was younger and I was just totally wrong about it, I was just young. This EP is about growing up.
KB: Since the internet met you through the Gucci Gang, what happened in your life that made you feel that music would become your “main” activity?
Crystal: Nothing happened, I was always connected to music, always wrote melodies in my head it was always a part of my life. I think even more than the Gucci Gang, my girls and my manager were also making me gain a lot of confidence to just put myself out there.
KB: Gucci Gang were known to be the youngest party girls in Paris, are you still enjoying this lifestyle being a musician now?
Crystal: The nightlife is a big inspiration for me, and it has been since my younger years, musician or not that’s not the important part of it. It’s the essence of partying I think.
KB: At only 18 it seems that you’ve been through so many things. What have been the main inspirations for this project and what are the principal inspirations which define your music?
Crystal: For this project I wanted it to be an ID of myself. It’s very me. But always inspired by what’s around me my friends, my city, situations I lived, I’m trying to be very real in my writings, by putting in words my emotion I give through my songs a part of me. I’m inspired by strong figures in music like Betty Davis, in her blues she was screaming her emotions it’s so real to me. Kelis has the same type of energy and Macy Gray as well. Totally in love with the soulful energy they have, it’s very raw.
KB: Aside from being a musician, you also co-founded the platform Safe Place. Could you tell me more about this and how important it is to engage with the younger generation?
Crystal: I think we just wanted to give a voice to people in need. With this simple platform, so many young girls can tell their stories for others to hear and not feel alone. I’m a part of these “youngsters” and I’m also learning so much.
KB: Does this platform reflect on how you managed to be famous at the age of 14? Would you do things differently now being a young adult?
Crystal: Being exposed to social media at such a young age made me realise so much about the world. I believe in and where I wanted to go. When I was doing these fashion things I realised that it wasn’t the real-life, that everything was very shallow and I missed a little bit of realness in it. That people could use you, your worlds, your style and make it whatever they wanted it to be. Good or bad.
I still like and use social media it’s been helping my career, and also having a voice that everyone can ear is quite cool but I just think that some people are not using it well and that brands are robotifying humans.
I’m very happy to be a musician and to use social media to present a part of me, a real one. I would have done nothing differently I had ups and downs but learned so much about friendship and myself.

KB: I know you love fashion and what about your favourite brands of the moment?
Crystal: I’m in love with a brand called Kernemilk, and I’m also just a vintage lover.
KB: With your parents also being music lovers, what do they think about your music? Are they involved in a listening session before releasing something officially?
Crystal: They just started listening to my new music, they were also just letting me find myself and voice.
KB: I read somewhere the major themes for the next songs are about sex and parties, so what can we expect from you later this year?
Crystal: Lol, I really hope I never said that, like I said I’m trying to not fit in any box, I’ve been working with different producers, touching a little bit of electronic music, Afrobeat I have some very sensual sound coming to your ears I would say :)
KB: And lastly, how does an 18-year-old girl deal with the music industry?
Crystal: I’m getting there, I’m building my team step by step, it’s hard to know what you want at 18, so I’m just following my heart. 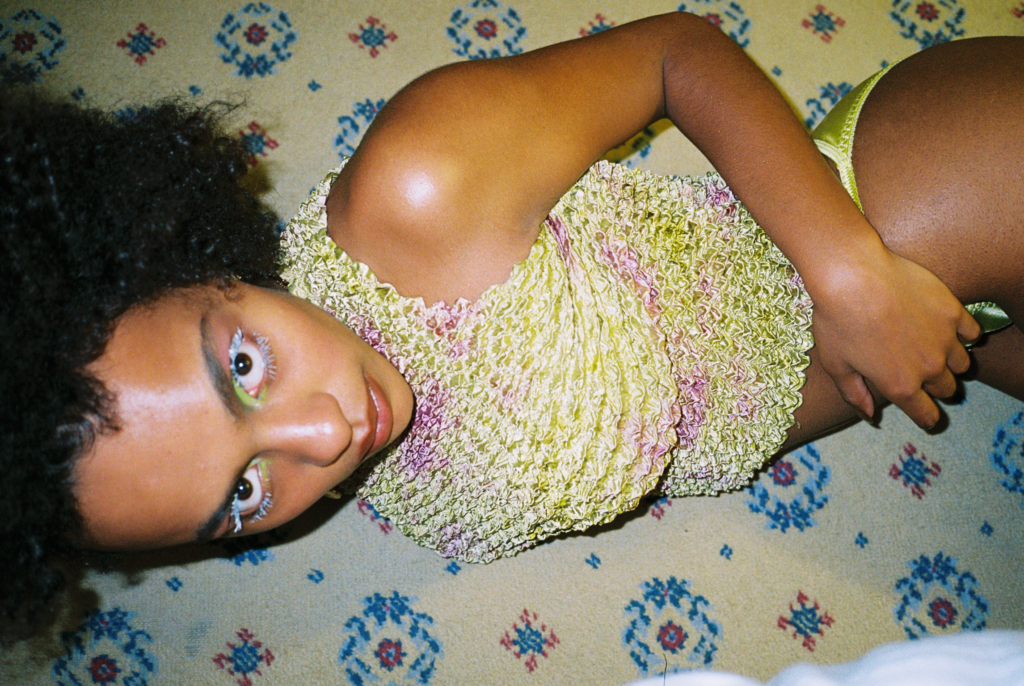