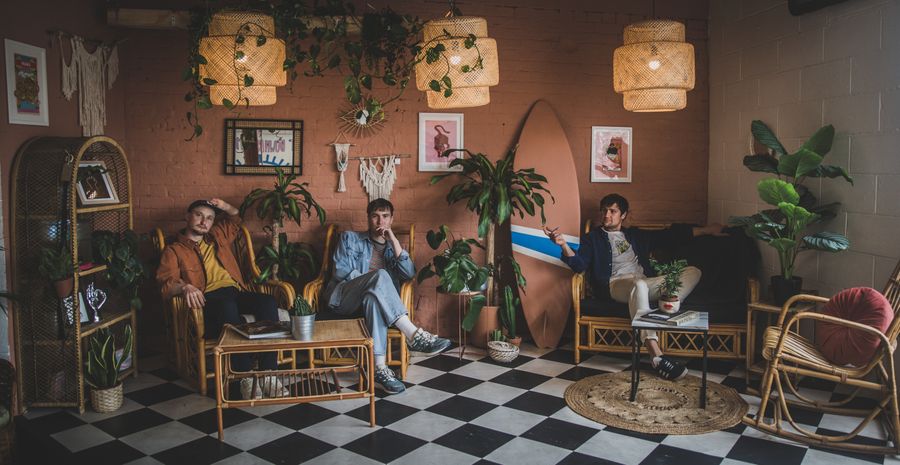 In conversation with: Pattern Pusher

The British indie-pop band Pattern Pusher have made a name for themselves by spreading positivity, joy and good vibes through their music. Having been discovered and won over the hearts of many fans through their live performances, the band will soon be releasing their forthcoming single “Happy Place”. About the song, the Band’s frontman Alex said: “”Happy Place” is a story of getting lost in your favourite place, even if only in your head. It was written on a morning when I was beating myself up for not having my life sorted. I was feeling down but then I remembered the good times, took myself to my happy places, good memories. There are always things I love where I can escape to, and I hope it will encourage others to do the same and no matter how dark things seem, try to focus on the positive things in life.”

Additionally to releasing new music, the band will also perform at London’s HowTheLightGetsIn Festival. Read our q&a with the band ahead of their gig below.

KALTBLUT: Hey guys, thank you so much for taking the time for this interview! How are you doing? Are you adjusting to the (long-awaited) return of live events?

Pattern Pusher: We’ve been taking every opportunity that has come our way. We’ve missed performing live so much!

KALTBLUT: You’re about to release your upcoming single, “Happy Place”, and the track follows through with your ethos of spreading joy and positivity, which is very needed at the moment. Did the last 18 months play a role in your music being so positive?

Pattern Pusher: We’re very positive people anyway, even the lockdown couldn’t get us down… We were aware though, that music would become an antidote once restrictions eased. It has spurred us on to create songs like “Happy Place”.

KALTBLUT: Who would you say are your biggest influences?

Pattern Pusher: The music of Motown, Vulfpeck, Alex our lead vocalist’s Dad was a musician and inspired him a lot, too. Silk Sonic is always on in the band van.

KALTBLUT: How would you describe your sound in three words?

KALTBLUT: You’re gonna perform at HowTheLightGetsIn Festival in London at the end of September. Are you excited about your set?

Pattern Pusher: Yes! This will be our first time at a London Festival. We also performed on the HTLGI Livestream earlier in the year, so it’ll be great to recreate that in real life.

KALTBLUT: Who are you most excited to see at the festival?

Pattern Pusher: Massimo Pigliucci, as we’re interested in stoic practices, it will be great to hear him talk. Also, Coco and The Butterfields.

KALTBLUT has partnered up with the London Festival HowTheLightGetsIn. With over 100 debates, talks, live music and comedy all available across the weekend, make sure you grab your tickets for @HTLGIFestival – all taking place on 18th ans 19th September! Explore the full line up here, and purchase the party ticket here.