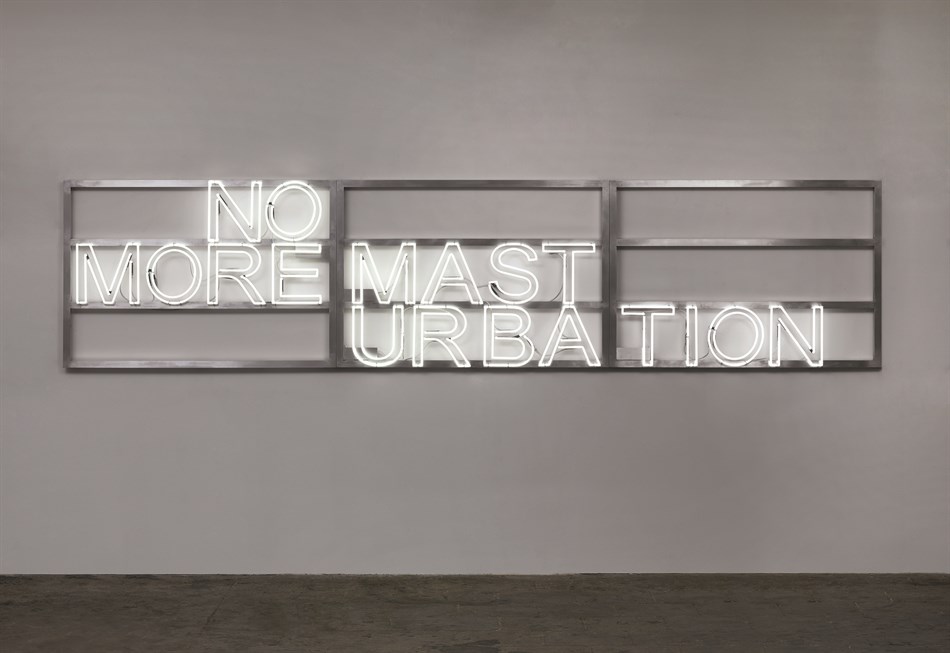 The Sex-Paralysappeal piece from 1936 by surrealist artist Wilhem Freddie is a good example of how art not only can reflect reality but also have the ability to form an ideology. With his art, Freddie was a catalyst for the legalisation of picture pornography in Denmark.
The exhibition Art & Porn is therefore initiated with Freddie’s famous sculpture – a woman’s bust, which has various mounted items and a penis painted on her cheek. The sculpture was received with great shock in 1936 and was confiscated by the National Police together with other works by the artist. These were later featured in the National Criminal Museum. This incident resulted in a fine of 100 Danish kroner, yet Freddie dramatically chose to spend 10 days in jail instead. Years later Freddie reproduced copies of the forbidden works. The discussions and the court cases, which all followed in the wake of this episode had great influence in making Denmark the first country in the world to legalise image-based pornography in 1969.

Pornography in all forms

As the emancipation of women was underway, art began to be about the body, seen in new and unheard-of ways. Many feminist artists, who in the 60s and 70s worked on reclaiming the female body, are represented at the exhibition. Carolee Schneemann’s poetic, crackling and hyper-experimental 16-mm film Fuses (1964-68) shows explicit sex scenes between Schneemann and her lover seen from a female heterosexual perspective. The exhibition also features Lynda Benglis’ iconic advert, Centerfold (1974), which was originally featured in the art magazine Artforum as a reaction to Benglis being passed over by the magazine. In the photo, Benglis poses naked with a huge dildo. Another work that attempts to represent the female gender and the sexual act in a different way (and feminist way) is Pipilotti Rist’s video Pickelporno (1992). Here the gender differences are almost eradicated as a result of Rist’s camera movement, which makes it difficult to see who is caressing whom. Schneemann, Benglis and Rist represent themselves in an interesting subject/object-position and undermine the traditional role of the man as the powerful initiator and the woman as the passive muse. 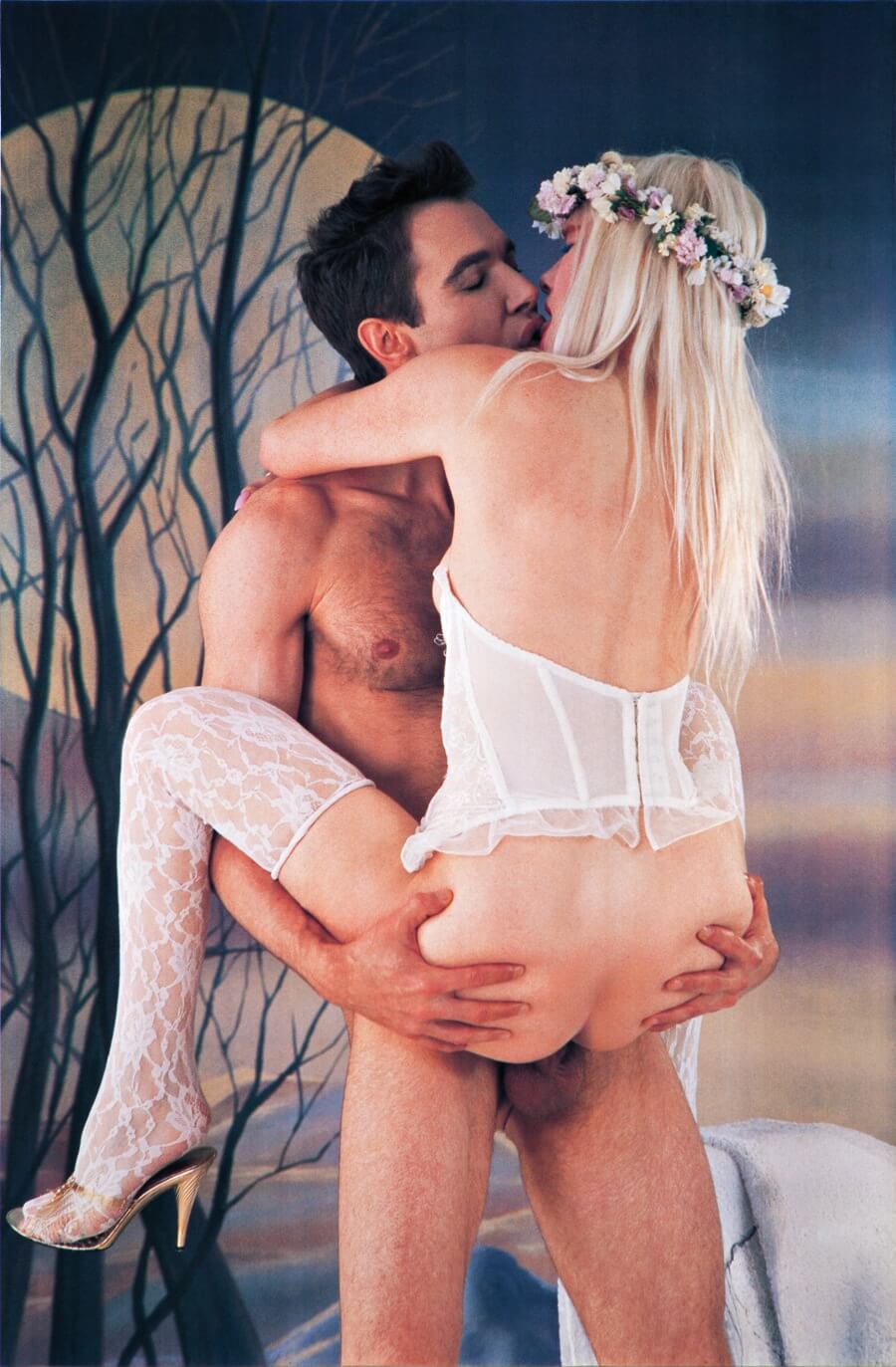 One of the works, which probably made the biggest impression on me (both bodily and mentally), was Mika Rottenberg’s surrealist video instalment Lips (2019). To see the video, one has to press their eye close up against a small hole between some depicted rich red lips. This peephole situation requires the viewer to enter a voyeur position, which suddenly made me very self-conscious. Behind the red lips is a breathtaking kaleidoscope of bums, tongues, lips and ponytails mixed with absurd colourful squirt. It almost felt like I was about to get hit in the eye with this colour-exploding body-part-orgy. 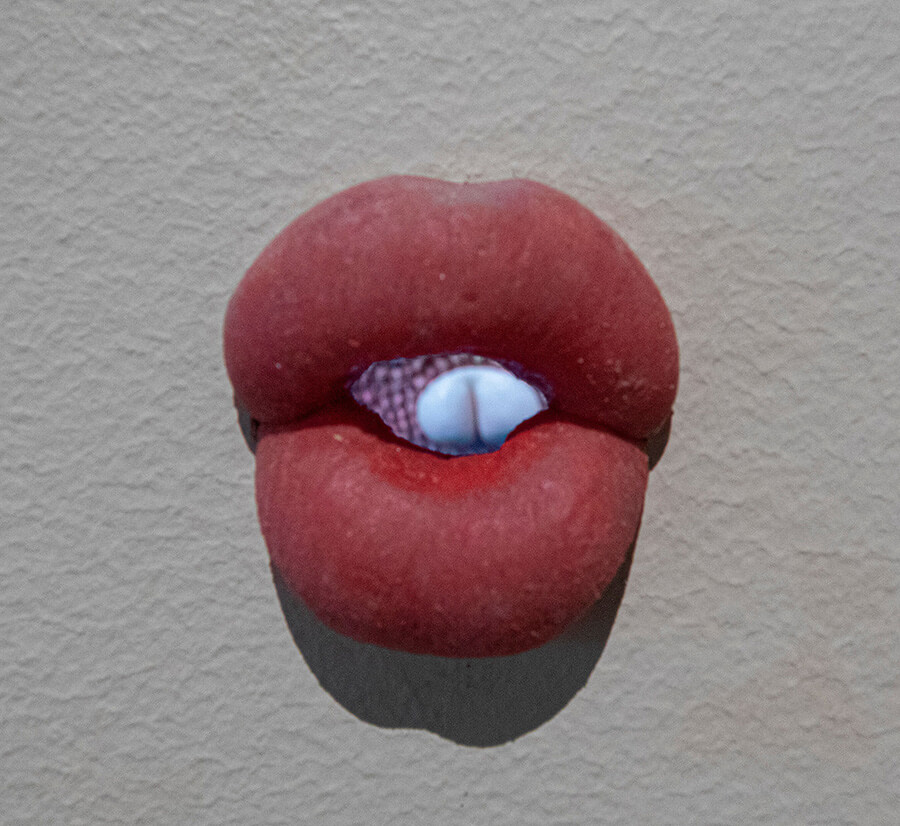 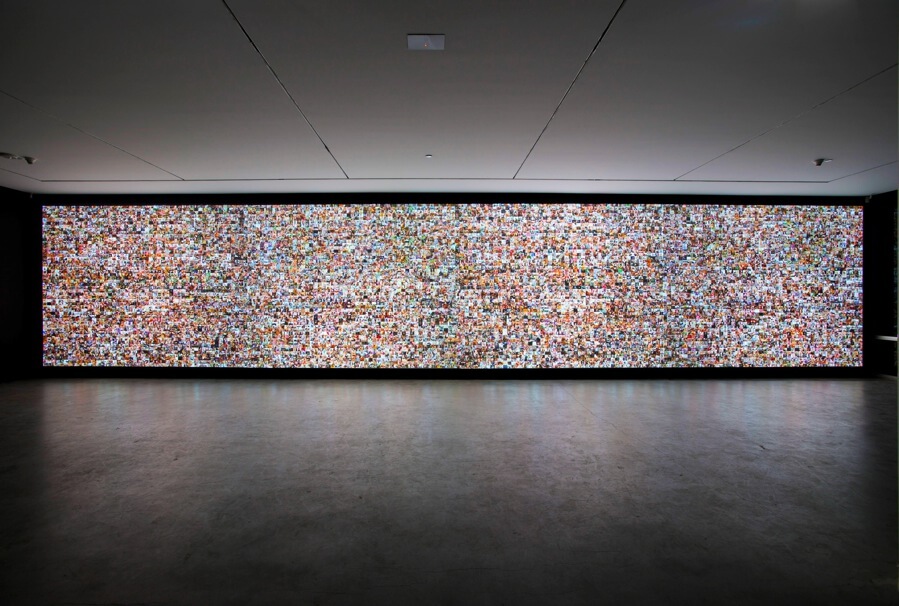