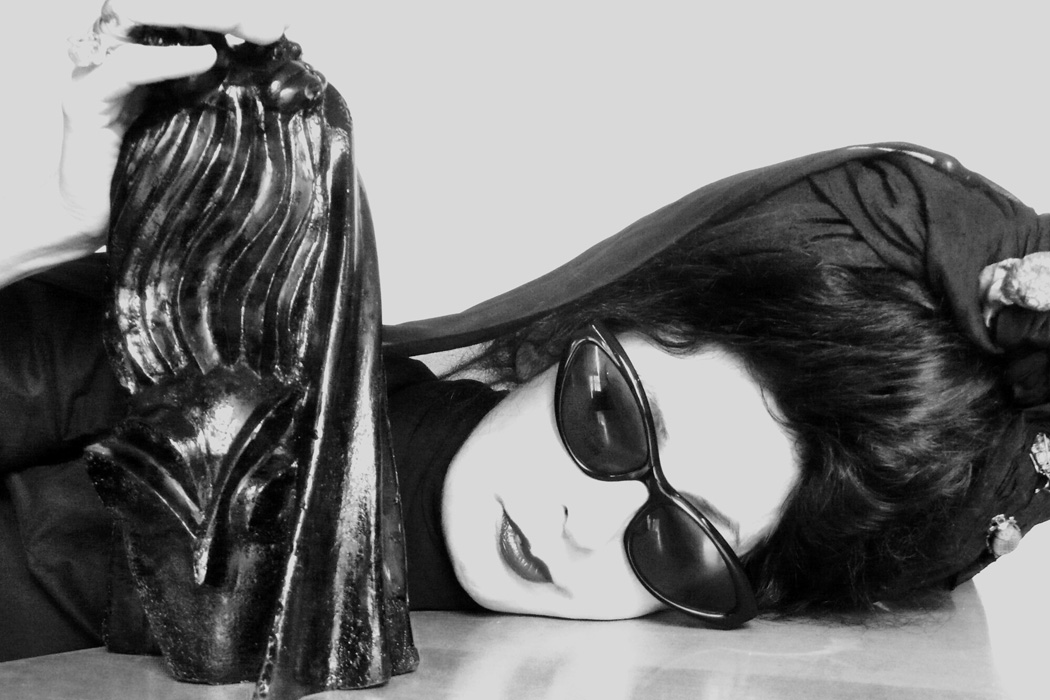 Inside the bright look of Diane Pernet – Part Two: An Interview

A conversation with Fashion Icon Diane Pernet. We had the pleasure to meet the one and only Diane Pernet during “A Shaded View on Fashion and Film 7th Edition” held in Paris a  few days ago. “I’m interested in creativity wherever it is and I love finding new talents and I like promoting talents. I like to go to each country and do like competitions.” Ladies and gentlemen: THE QUEEN! Interview by Michäel Dupré. Read our REVIEW HERE. 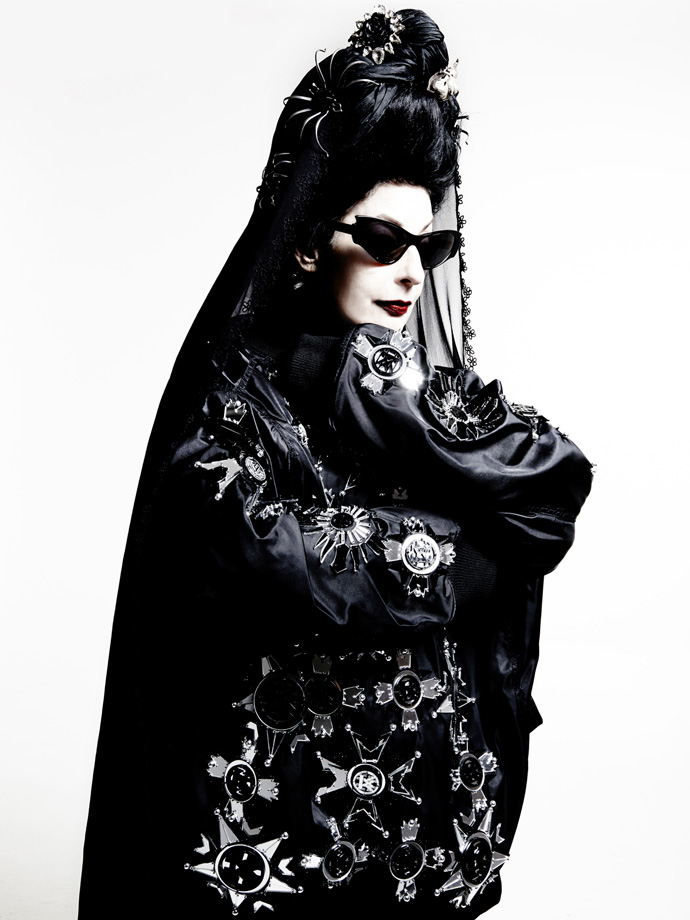 KALTBLUT: Last night at the opening ceremony of ASVOFF7 you said that you were a woman of few words, but then are you a woman of actions ?

Diane: I hope so yeah ! I mean I don’t really like public speaking that’s not my thing, so it’s not like I don’t talk. But yeah, I like to do things. I think that is a big difference cause there are a lot of people who just talk talk talk.. and nothing ever happens. And I like to just do things, like..

Diane: Yes like this festival, and the one before it, which was you know even more spontaneous, that was in 2006, I did a road movie for Eley Kishimoto and that was kind of the launch of you wear it well . My other festival. I just like doing…  I think it’s part of my culture. You want to do something you do it, if it doesn’t work out you do something else. Not very french…

KALTBLUT: But it’s a good thing

KALTBLUT: Talking about other cultures you are just back from ASVOFF Mexico right ? What was it like ?

Diane: It was pretty incredible because my festival was so close from to day of the dead.

Diane: Yes, I went there early cause Luisa who produced the festival in Mexico, she knew that for decades I’ve always had that fantasy about the day of the dead. It was en extremely intense experience. But I like the idea that people celebrate death instead of mourning. They’re all around the graves and they decorate them, they’ve got drinks. There was music sometimes..

KALTBLUT: And what do you expect here in Paris ?

Diane: What do I expect ? Well, hopefully to fill the rooms ! (laughs)

KALTBLUT: You will I’m sure.

Diane: I was happy with last night, I was also happy with the winners, I liked the concert but I thought maybe it was a little dark to end on..

KALTBLUT: But it was interesting to have Bianca Casady (from Cocorosie) without her sister doing something different, unexpected.

Diane: She’s got a beautiful voice. I know a lot of people said to me they wished there was more light on her so you could see her, because that’s also mesmerizing. But you learn with everything you do.

KALTBLUT: Her film looked like an ancient silent movie, it was a sort of cine-concert.

Diane: I liked the idea, but I just wondered if it was dark. It reminded me of.. Did you ever see those Diane Arbus untitled pictures taken in an asylum ? 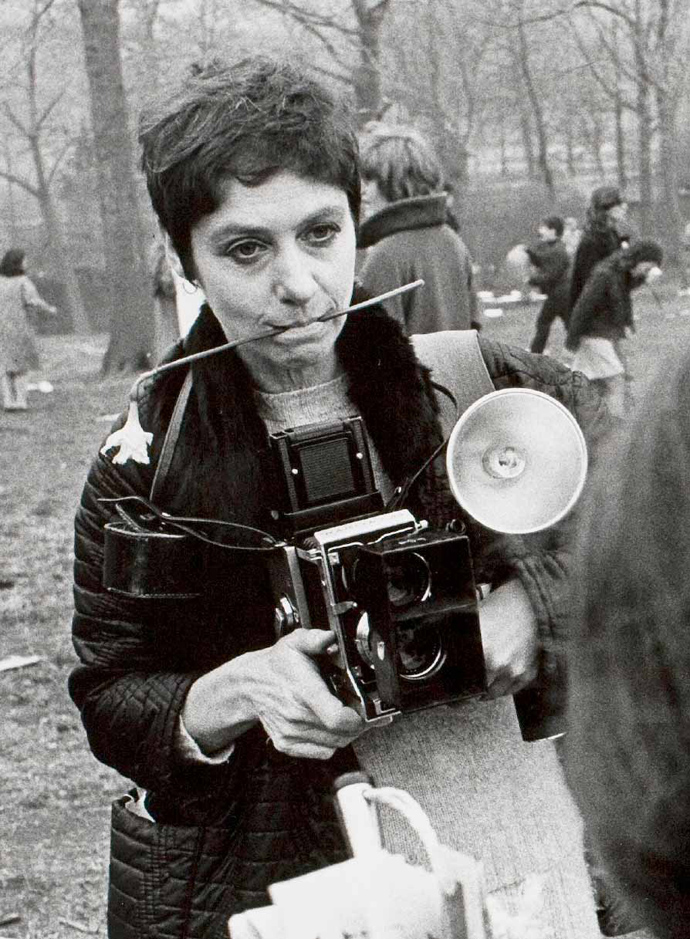 Diane: Didn’t it remind you of that ?

KALTBLUT: Those taken, next to New-York on a small Island ?

Diane: Yeah, I used to have a picture from that. It was like this girl jumping rope, she has a really old face but look like young and she’s jumping. I had this picture for 15 years. And when I needed money somebody wanted to buy it and I sold it. It was unpublished at the time, but in the last Diane Arbus show there was a catalogue and it’s in there.

KALTBLUT: That’s a great story behind the picture !

Diane: Yeah but anyway it reminded me of that when I was watching that film. (laughs)

KALTBLUT: The festival is very open to new talents, new comers, new artists, if you had advices to give to people who want to submit a film, what would it be ?

Diane: Well first, it’s like with the designers; have something to say. You know that’s the beginning. Know where you’re going. When you start you can be spontaneous but have a plan. And I personally like storytelling. I’ve thought the winners kind of showed that. There was also some more abstracts and I loved it. The same criteria that you give to any film ; catch the presence of tension cause it’s short films, probably like in the first 30 seconds if you haven’t gotten them you’ve lost them. In a feature film I give it 7 minutes, and If I’m not into it in 7 minutes then I know I’m never going to be. Also you have to understand that you have to be a director not a fashion photographer trying to pretend to be a director. Some make the transition like Bruce Weber, obviously. That’s why I showcased him or Hellen Von Unwerth. You need to have something constructed, work with the acting, use models if they can act otherwise use actors. You need to have good technicians because and editor is gold. Lightening, editing, sound design…

KALTBLUT: You said recently that nowadays artists don’t need to be in a major Capital city to make it in the business.

Diane: Because of the internet. I think talents can be discovered from anywhere especially films.

KALTBLUT: Is the festival in the same vein ? That creation is everywhere and that’s why you carry your festival all over the world ?

Diane: Absolutely, yeah. That’s been the DNA of the festival even when it was you wear it well. Because I’m interested in creativity wherever it is and I love finding new talents and I like promoting talents. I like to go to each country and do like competitions.

KALTBLUT: This year Dries Van Noten is the jury’s president.

Kaltblut: How did you get to work him on this project ?

Diane: Well, first as a journalist I’ve followed his collections for like 20 years. I’ve been living in Paris for 24 years so maybe even longer… and I love Dries, I love his esthetic, I love the fact that his clothes are timeless. I remember that I made a photo shoot with him when I was a fashion editor for Joyce Hong Kong, and I put his clothes on a 16 years old boy and a 76 years old woman and every generation in between, and you know they’re always going to fit, that they’re gonna work. He also have an interest in films and obviously fashion. He is someone I really appreciate greatly and that I wear all the time. So I just asked him.

KALTBLUT: Something took my attention too, you are paying a tribute to the Jodorowsky family, which is quite unusual. I mean to make an homage to a whole family.

Diane: Well, he is the king. Alejandro is the king. He’s someone I wanted to have here for like 4 years. Not that easy to organize. I met him in great conditions at an exhibition, because the night before the producer of La danza de la realidad gave them a million euros, the last million euros they needed to make the film. I thought we never had a costume designer talking and it’s a logical thing in a festival so I asked his wife Pascale if she could do a masterclass. And Adan Jodorowsky performed with Rossi De Palma in Mexico and he’s also doing something tomorrow. I met Brontis Jodorowsky in Montreal where he supported the film. It was all like pieces of a puzzle.

KALTBLUT: I like the idea of paying a tribute to a family and I was wondering if artistically speaking organizing such festival as ASVOFF was a way to celebrate your own chosen artistic family ?

Diane: Yeah, it is exactly. Because I like to show people that I have a strong feeling toward them. In New-York we had people like Mike Figgis and Jerry Schatzberg they’re brilliant. Jodorowsky obviously, Larry Clark..

KALTBLUT: I was thinking of Larry Clark last night when you showcased Bruce Weber’s movies, but I can’t explain why, they have a sort of connection.

Diane: Yeah sure, they have a different approach but there is something essential like the quality of their work. Larry Clark he was our special guest last year, but right two days before the event something happened with his son and he couldn’t be here. That was a big disappointment.

Kaltblut: He’s been working on a film that is about to be released right ? it was shot in France with skateboarders…

Diane: Yes, It’s called the smell of us.

Kaltblut: I was wondering because I love the poster of this edition..

Kaltblut: Yeah I was wondering if her scream on the image was an echo to your shout to the world of fashion ? That you want to shake this system a bit ?

Diane: Oh god I love that ! I never thought of it, please use it ! (she points my notebook)

KALTBLUT: I will, I promise. (we both laugh)

Diane: That’s great. Each time I chose an image for the poster for the past years it was very delicate. But this one, I don’t know it just talked to me and I love the way the graphic designers called Merci Bernard and Hélène Dereghetti -very talented- put the two images together, it was their idea and I thought it worked very well.

Read our full review of the festival over here. 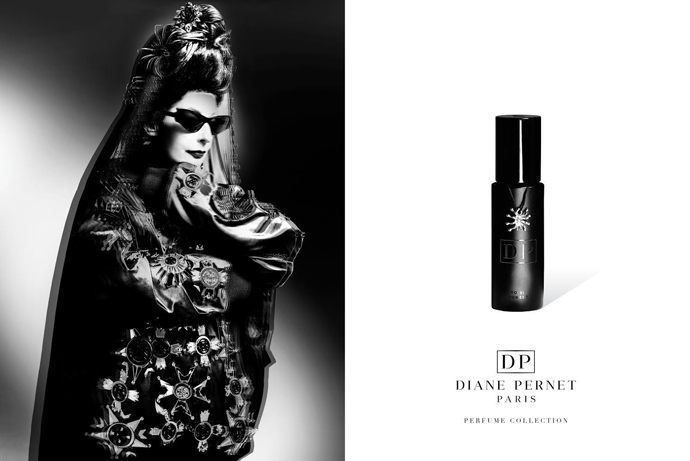