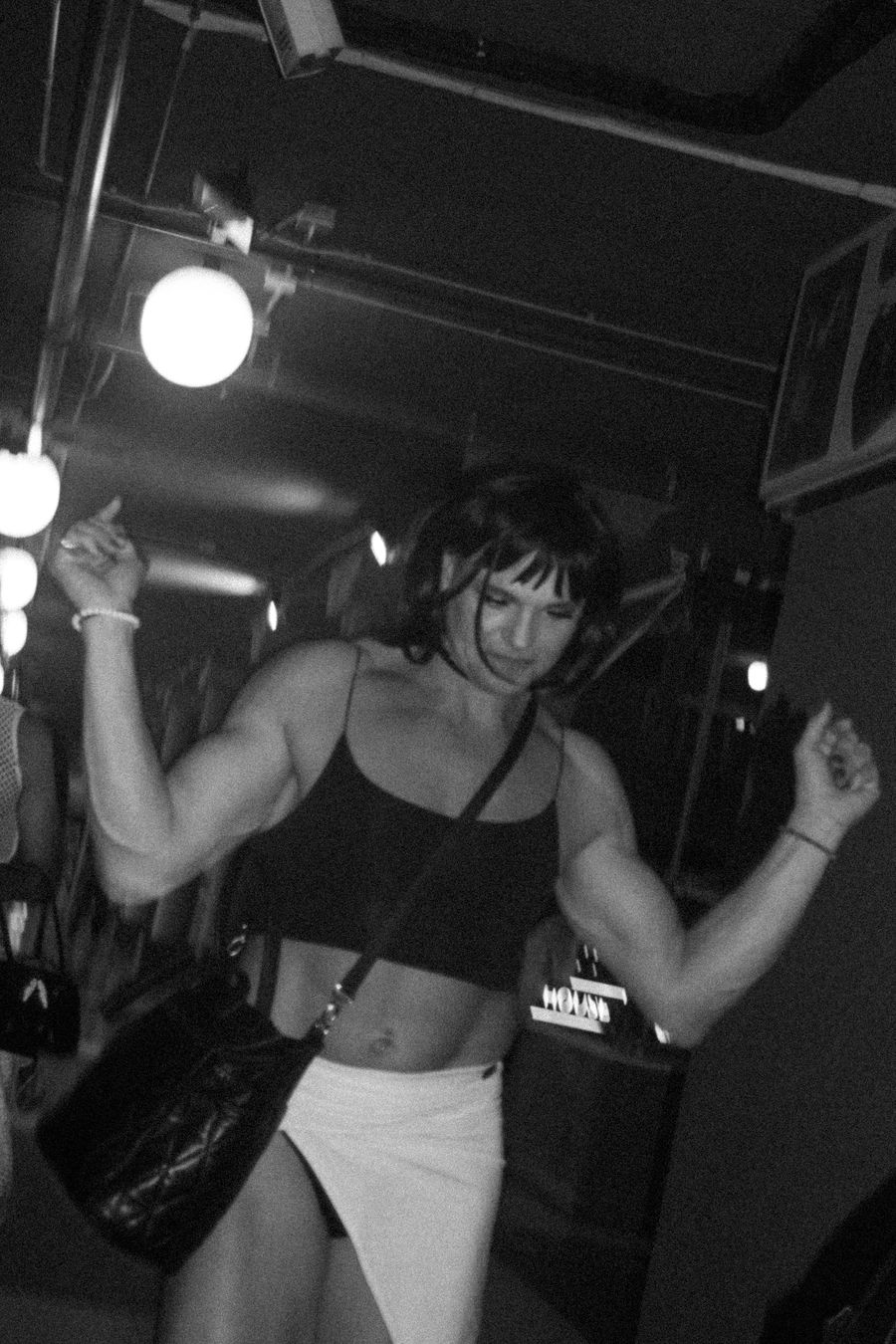 LIVING THE NIGHT is a new multimedia project including a photographic reportage and a filmed one to one interview with the project’s protagonist, Artemis, in which she opens up about homonormativity in the LGBT community.

Austrian-born Artemis Aschinger defines herself as an artist of life, a life through which she flows, gravitating continuously between masculinity and femininity – happy to exist within her Limbo of endless possibilities. A year ago, Artemis moved to the Spanish island of Gran Canaria. In the middle of the Atlantic ocean, the Austrian artist has found peace and a space to express herself and proudly walk in her body under the sun. But within this peace, Artemis has also found dark corners and ugly whispers. She has experienced rejection, which she takes elegantly, laughing in the face of ignorance, but it’s the hate and suspicion her appearance receives from inside the LGBT community that truly disturbs her. Knowing the polar reactions her mere existence gets out of outsiders, Artemis invites us to follow her around during a Saturday night and accompany her on a night of partying in the Yumbo Mall, a place known locally as “where the gays party”. Moving through Drag Queens and men dressed head to toe in leather, we experience the LGBT nightlife from Artemis’ eyes to learn what it’s like to be a pariah amongst the outcasts.

LIVING THE NIGHT tells the story of this night in images and words. It captures the essence of the excitement and the thrill of being under the spotlight and relishing it. It puts on display the life of a person who’s grown accustomed to having eyes constantly stuck to her body, her face, her clothes, and has turned this into her strength, finding empowerment in the unwanted – and sometimes wanted – attention.

This is a project about how those oppressed can become oppressors, and how the patriarchal beliefs of society cut deep inside the LGBT community, turning those who should be allies into competitors.