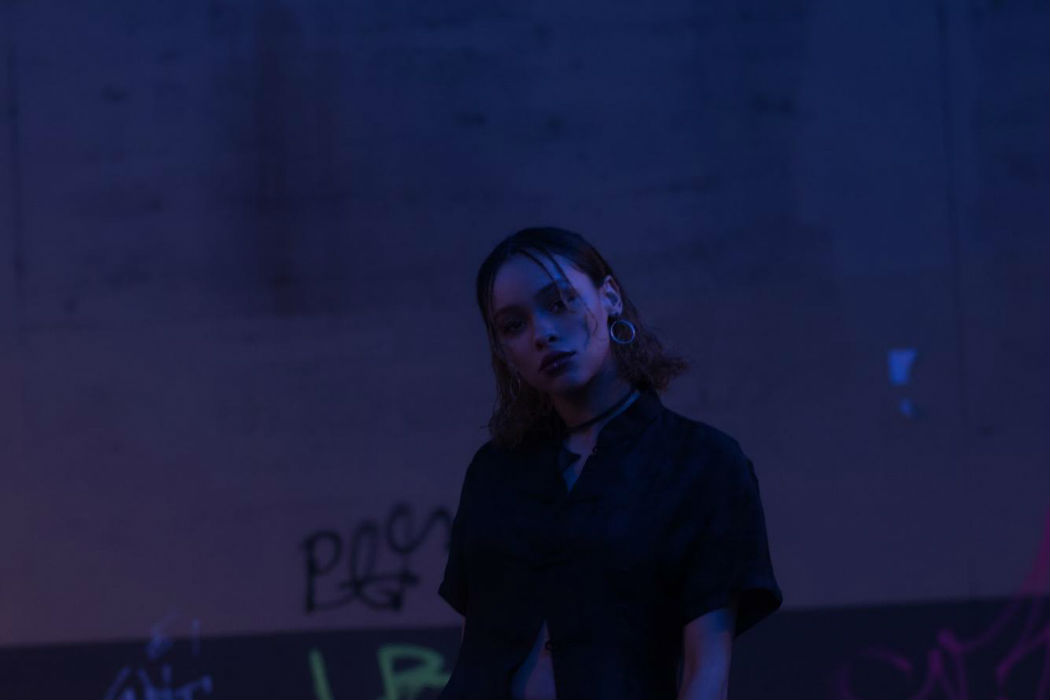 Metoux is one of Berlin’s most exciting newcomers in the indie RnB scene. Her debut single ‘Neighbour’ was released on the Parisian tastemaker Kitsuné and along with her further releases ‘Relapse’, ‘Tyrone’ and ‘Punk’ she’s created enough to keep us eagerly waiting for more. Before you catch Metoux making her live debut at Badehaus, 28th July, you can read a little Q&A below.

How would you describe the co-work flow between you as a songwriter and your producers? When do you lead and when do you follow (in terms of sound for example)? Do you produce yourself as well?
In my experience artists aren’t the most reliable people (especially in Berlin), so now my focus is less on collaborating and more making my own tracks from start to finish… But when I do collaborate with producers the entire thing is done together.

Very rarely does someone send me a beat and I send back the vocals and that’s it. I prefer to sit at the producers side until we come up with something that sounds good. Then I’ll go in the booth and we record whatever I’ve written or whatever I hear. I record until I have something I’m happy with and then we listen to everything back and it’s like “yea that part sounds sick”, “that’s the hook” or “no lemme do something new”. Everything from the arrangement and to the samples are collaborated on.

As a producer myself, I’m kind of picky because I want to make sure it sounds unique and unpolished. I really dislike when things sound over-produced, but at the same time I think it’s really necessary to leave space for other people’s ideas. Creativity has to have a steady flow so if I say “no” right away it could stop a really incredible idea from happening. Then again, letting your creative juices run wild could either come out magical or ridiculously bad, there’s sooo many tracks that will never see the light of day haha!

How would you describe the relationship between music and fashion?
I mean.. I think fashion has always followed music, like how a certain type of people will listen to a particulate genre like, Punk or Techno or Hip Hop breed these kind of Sub Cultures of people who dress like this or that just because they listen to that kind of music.. Then the Fashion Industry replicates that style of dress and it becomes a trend.
Also people idolise the shit out of their favourite musicians and want to like act or dress like them cuz they think they’re cool… Just think about Nelly lol.

What’s something Berlin’s music scene could improve?
I would love to see someone make a bridge between the Techno scene and Rap scene, cuz the Electronic Music scene is so strong here and TBH the Urban Music scene could use a little help. That being said, the amount of support you get as an artist here is incredible. Berlin has an undeniable sense of community.

Can you shortly describe your artistic/creative background?
Music has always been a part of my life since I can remember. I’ve been writing songs since I was about 7… It’s just something I naturally kept going back to.

I started throwing parties in Toronto because there wasn’t anything at all going on that I was interested in. But then I couldn’t find the DJ’s that played the music I wanted, so I was like “OK I guess I’ll just DJ the parties myself”. Then people just started giving me gigs and I was playing 3 or 4 times a week All the while still singing and recording. Being a DJ really forces you to look for rare tracks and (for me at least) made me want to stand out against the rest. The more I DJ’d the more i got interested in production and looking at music seriously as a career.