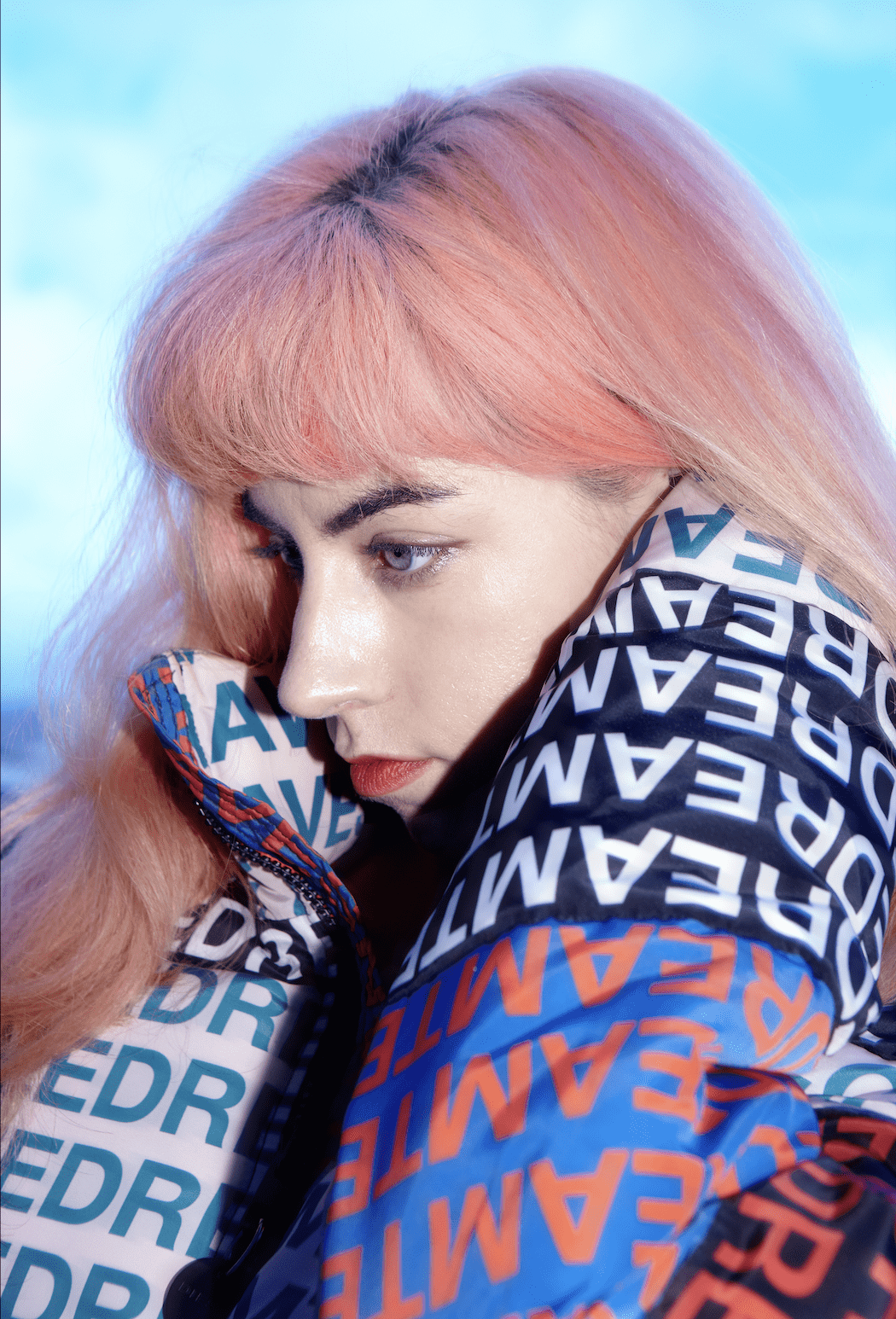 British-Venezuelan DJ, producer and vocalist Xera Vera steps up with ‘Back in Time’, a three-track EP of vocal electronica due for release on July 24th 2020 via famed London imprint Needwant. Haunting, evocative and infectious, ‘Back in Time’ sees Xera Vera combine an array of hardware synths, analogue effects and a self-created sample library with her own, singular vocal performance while channelling her classical training and love of Venezuelan folk as well as acts like Nils Frahm and Laurel Halo. Cinematic, confessional and achingly personal the tracks on ‘Back To Mine’ are as human as they are electronic and as challenging as they are beautiful. We had a chance to chat to the now London-native about her musical roots and upcoming EP alongside a first look at visuals for the sublime single ‘What You Say’.

KALTBLUT: Hey, thanks for answering some questions! Could you tell us a little about yourself and your background?

Xera Vera: Thanks for having me. My mum is Venezuelan and my dad is British (Scottish/Manx). I was born in Zurich, Switzerland and raised mostly around the UK. I now live in London. I’ve also lived in Edinburgh and Barcelona. Switzerland won’t give me a passport so I can’t sidestep Brexit just yet, but hopefully, there’s another way.

Before COVID I worked djing in clubs/venues/for brands/events in London and abroad. House and techno are what I most love to DJ.

KALTBLUT: Where did your connection with music start? Who are some of your idols? Musically or otherwise

Xera Vera: One of my first musical memories is me looping tracks together with a Yamaha keyboard sequencer. I must have been about 4 or 5. Then I was inspired to play the violin watching some very 90’s Vanessa Mae music videos. I started learning the piano and violin along with my older sister. Lessons were expensive so we shared piano lessons until I got a full scholarship to the junior school of Trinity College of Music. My sister by coincidence also ended up there too as an undergrad doing jazz. My family love music but aren’t musicians (their background is in science) so we’re not quite sure where all the music came from.

I was always more into electronic music than classical, but I listened broadly and was surrounded by a lot of orchestral music at the conservatoire. I remember making some attempt at techno for my GCSE music (exams you take at around 16 in the UK) and doing it on Sibelius, an orchestral software. My teachers were all classical musicians, I don’t think they would have known what software to use for that.

I let go of music for a bit until I started producing electronic music myself a couple of years ago. My boyfriend at the time was a producer and rapper involved with UK rap artists. I would sit in sessions with them and that’s where I started learning and then producing myself. My music was more alt/electronic than theirs but I loved the cross-influences. They were always so encouraging and supportive even now. Everyone’s doing well.

Then I started djing. And now I’m releasing my first EP.

I’m continually inspired by other musicians. There is a lot of incredible music released every day. I especially love discovering other female producer/artists, there’s not so many of us just yet. I get inspired by something in the space between Nina Kraviz and Bjork. 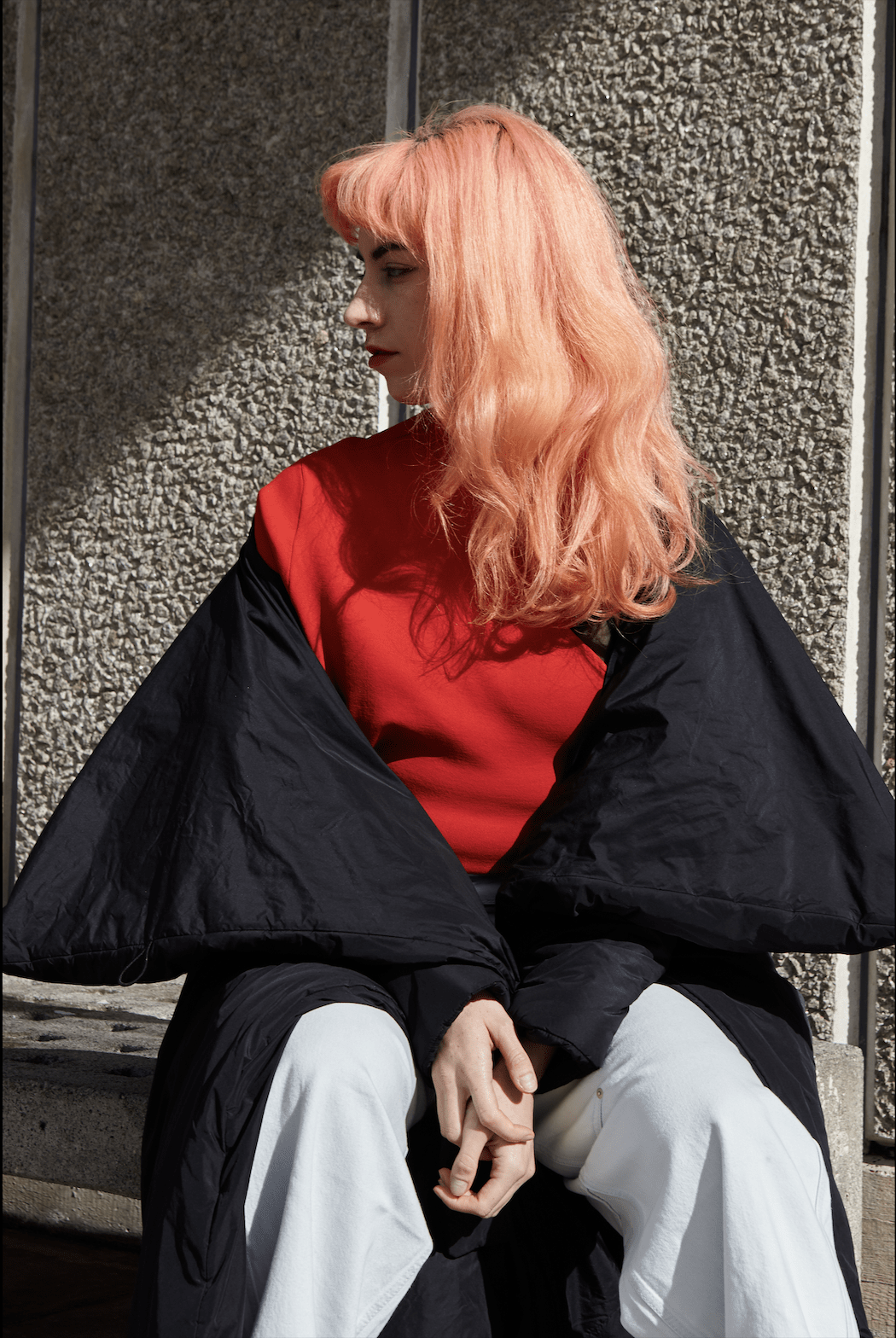 KALTBLUT: ‘Back in Time’ is an impressive debut! Could you tell us a little about it? The formation and back story?

Xera Vera:  Thanks. I have a lot of tracks waiting in the wings but there felt something serendipitous about these 3 tracks, which ended up by chance with my label (Needwant). They were really behind it and encouraged me to release these first.

They’re all quite old tracks of mine. The version of Back in Time which we released is maybe a second iteration of the original. The original was quite a bit sadder. I think at the time I wanted to experiment with turning sounds and feelings on their head. I ended up enclosing the original sadder version of the track inside a different sounding shell.

The other tracks are closer to their first version. What You Say was actually my first track produced in Ableton (I started production using Logic). I wrote and performed the violins for the string ensemble section, which reminded me of being at the conservatoire.

KALTBLUT: The visuals are incredible too, how were they created?

Xera Vera: Thanks again. My friend Luke (visualsbyluke.com) is an amazing multi-media artist, doing VFX and cinematography and many other things. He knows me and my aesthetic very well and we ended up making the 3 videos together.

To fuse my music with the right visuals is really important to me. I love making technology and the organic interact, both musically and visually. I also tend towards the distorted/manipulated, imagery of unrealities. I’ve adopted this aesthetic for a while on Instagram before releasing music so it was interesting translating that to video.

Each video has a different direction that supports each song. Back in Time was visually more industrial, a cityscape of East London where I live, as opposed to What You Say, which had a more otherworldly focus. Lose to Win explores more surreal and distorted themes.

We shot the videos the weekend before the full lockdown in England. We did the videos on zero budget and just tried to make things we liked. It’s great to hear that people like them.

KALTBLUT: I read that you combine your own samples with hardware synths, what is your typical set up when creating music? Does this differ when live?

Xera Vera: I’ve become quite essentialist in everything apart from clothes (I’m working on it). So I only have a kit which I use and I don’t like overloading myself with too much of it.

A backbone to all my productions is sampling musical fragments I’ve created over time. That can be me repurposing a shaky piano recording of something I improvised years ago, or electronically manipulating a tune I made into something else or remixing a whole song into a different genre version. Once an idea resonates with me I rarely retire it until I’ve found its home in a track somewhere.

Working in different studios over time has also introduced me to some amazing kit and techniques. I particularly love Elektron instruments and use them in most of my tracks. I’m also lucky to be around some incredible electronic musicians in London.

I’m not precious about where/when/how I make music, I’ve made tracks on planes, on holiday, in my room, in studios, with or without whatever kit.

As a DJ and someone who loves the high energy of clubs and festivals, it was important for me to have different versions of tracks that I release so that my live performances can be fresh and suit many environments.

KALTBLUT: Have you found your creativity altered due to lockdown regulations? If yes, how did you cope with it?

Xera Vera: I used the time to focus on my hardware. I explored my sequencers and different synthesis techniques in a deeper way which brought me to make new tracks with new sounds.

Usually, I’d be djing several nights a week and would end up hearing hours of music I’ve never heard before. When the djing paused, I had to make more of a conscious effort to hear new music. The mixes long walks and Bluetooth speakers took over to fill the void.

KALTBLUT: What is your go-to song/album when you need a boost of energy?

KALTBLUT: Last song you listened to?

Xera Vera: I’ve been listening to Max Cooper – Perpetual Motion. I love his production and how he speaks both visuals and music so seamlessly. And Skee Masks’s new Iss005/Iss006 releases.

Xera Vera’s Back in Time EP is out July 24th via Needwant
Pre-save it here: https://smarturl.it/xeravera