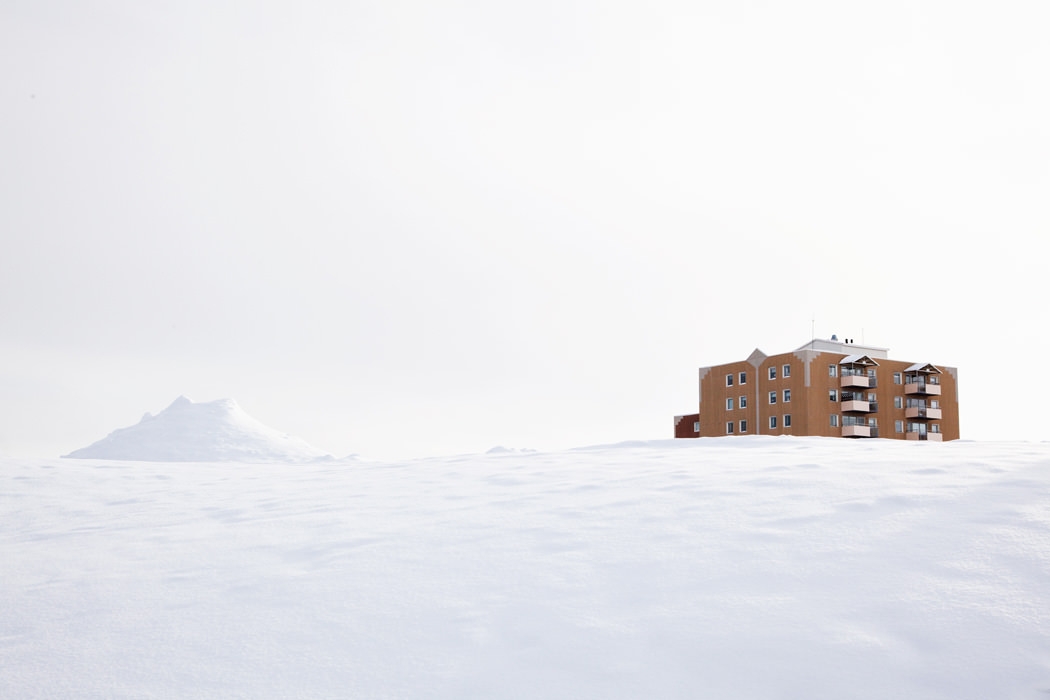 Irene Tondelli is a 30 years old travel-adventure and documentary photographer based in the North of Italy. Tondelli would like to witness at least one in her life the Nothern Lights. After Iceland and Childwood, Irene’s travel is taking us to Far North.

“Old, wild, north. Kiruna (18.000 people) is the northernmost town in Sweden, situated in the province of Lapland. More than a decade ago, the mining city of Kiruna made a big decision: to move itself brick by brick 3 km to the east. The re-development of Kiruna is a reconstruction project, as the Kirunavaara iron mine, undermines the current town center. The rocks underground began to shift, opening up giant fissures that threatened to swallow the city whole. Furthermore this situation that makes of it a unique case in the world, what impressed me of Kiruna is the combination of several architectural styles in a few square miles. From the Pop restaurants’ signs to the industrial buildings, this kind of scenario reminded me the Wim Wender’s Far West of the movie Do Not Come Knocking, the bright sunny towns on Sunday of Edward Hopper’s pantings… All of this in one, in my opinion, of the most impressive “non-lieu”: Lapland, snow and ice as far as the eye can see, the cold that runs through your bones and that puts you in a state of grace to take pictures. It makes you deeply feel your body, its reactions to the environment and see the reality with a great analytical lucidity. My imaginary of the uncontaminated Lapland, surrounded by nature mixed with the images that have always fascinated me of the America’s Beat Generation. This is how my serie borns, it’s called Far North.”