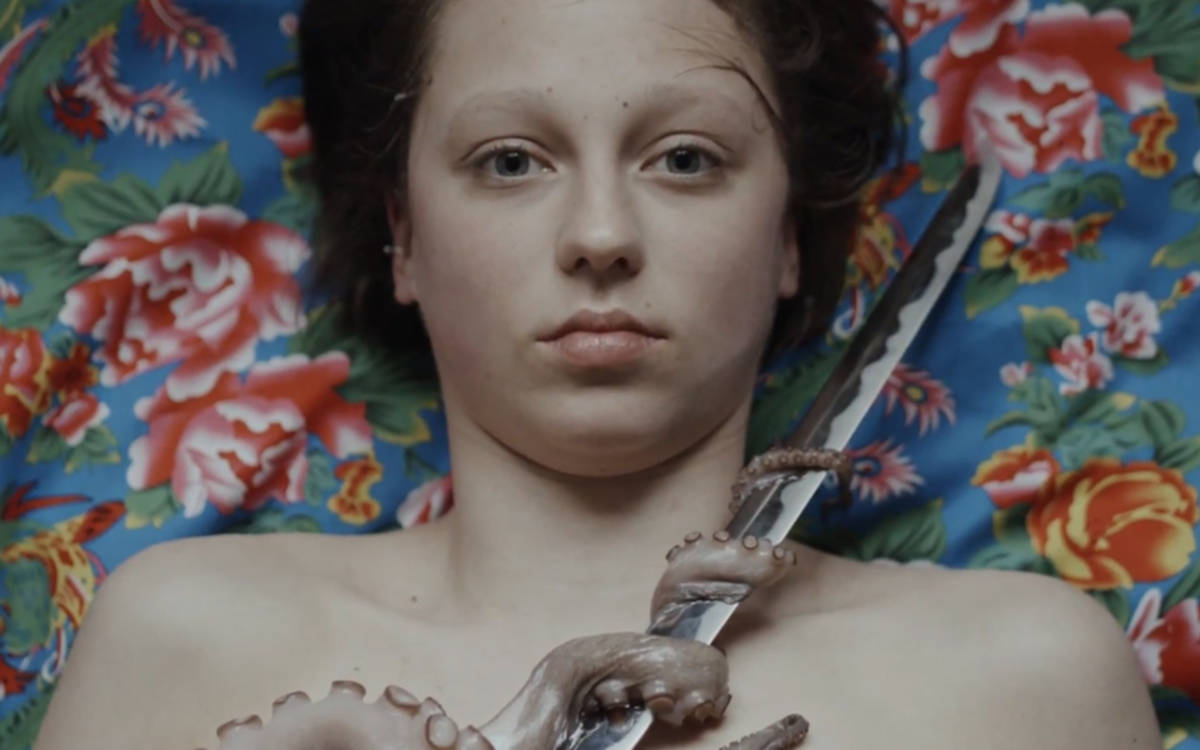 Directed by Jonas Bang, ‘Schoolgirls’ is the second single from Rangleklod’s second album, straitjacket, released May 18th through Tambourhinoceros. A clear homage to Hokusai’s ‘The Dream of the Fisherman’s Wife’ with a pinch of Nobuyoshi Araki’s earlier work, the video is certainly imaginative to say the least. Also tearing up a grapefruit never looked so hot.

The duo’s sources of inspiration are as diverse as their own music and Esben and Pernille highlights both Burial’s evocative industrial soundscapes, David Bowie’s insistence to challenge and explore his own self, Brian Eno’s production of Talking Head’s against David Byrne’s ferocity, Dan Snaith of Caribou ability to unite the electronic and the organic and even Alanis Morissette’s vulnerability and forgotten 90s harmonies.

You can order straitjacket now through Tambourhinoceros!