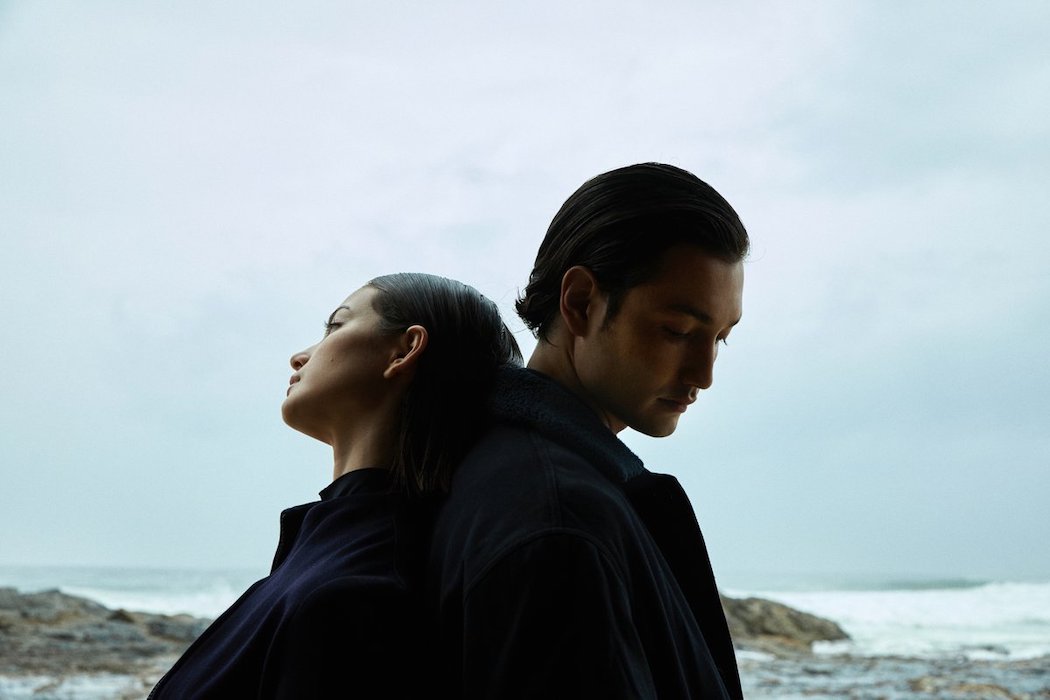 Australian electronic sibling duo Lastlings just announced the release date for their anticipated debut album First Contact, arriving November 20 on EMI Records/ Astralwerks and RÜFÜS DU SOL’s Rose Avenue imprint. Following a breakout year for the pair, fans around the world are finally privy to the 12 tracks that will embody their masterful full-length. Including hit singles like “Deja Vu,” “I’ve Got You,” “Take My Hand,” and “No Time,” First Contact is a beautifully complex journey through their signature dark-pop compositions supported by tech-driven melodies. Accompanying the album announce, Lastlings also unveiled a captivating short film that they co-created with Sydney-based director, Dylan Duclos. Shot in Japan and narrated in Japanese with English subtitles, the video features phrases that epitomize the human experience and life’s pivotal first moments – from your first breath to your first touch, to the first time you felt like you belonged. Set against a backdrop of apocalyptic scenes across cityscapes, the First Contact: Album Trailer is a nod to the duo’s name as well, with Lastlings emerging from their fascination with dystopian futures and becoming the last beings on Earth.

Lastlings on the album announcement: “We are so excited to finally announce the release date of our debut album First Contact. Over three years in the making, we couldn’t hold off any longer to see this body of work in its final form released into the world. We’ve learnt so much in the process of making this album, refining it with collaborators that include our friends Cassian and RÜFÜS DU SOL. In late 2019 we travelled to Japan to shoot the Album Trailer and visual creative with our close friends and long-time collaborators, Dylan Duclos and Jessica Aleece. We take so much influence from our Japanese heritage and always imagined this album accompanied by a visual world that is both inherently us, but also creatively otherworldly.”

Over the past year, Lastlings have ascended from Australia to the world, capturing the attention of diverse music-lovers and tastemakers alike, with their emotive productions and artistic visuals. From being discovered and signed to Rose Avenue by GRAMMY-nominated band RÜFÜS DU SOL to joining iconic label Astralwerks, the duo has proven their staying power and seamless cross-genre appeal. This summer alone, Lastlings have released remixes with notable producers including Totally Enormous Extinct Dinosaurs, Cassian, Will Easton, Torren Foot and RÜFÜS DU SOL. Their debut album First Contact sees them fuse elements of their Australian roots, Japanese heritage, and refined skills as trained live musicians into a concise package of their best work to date.