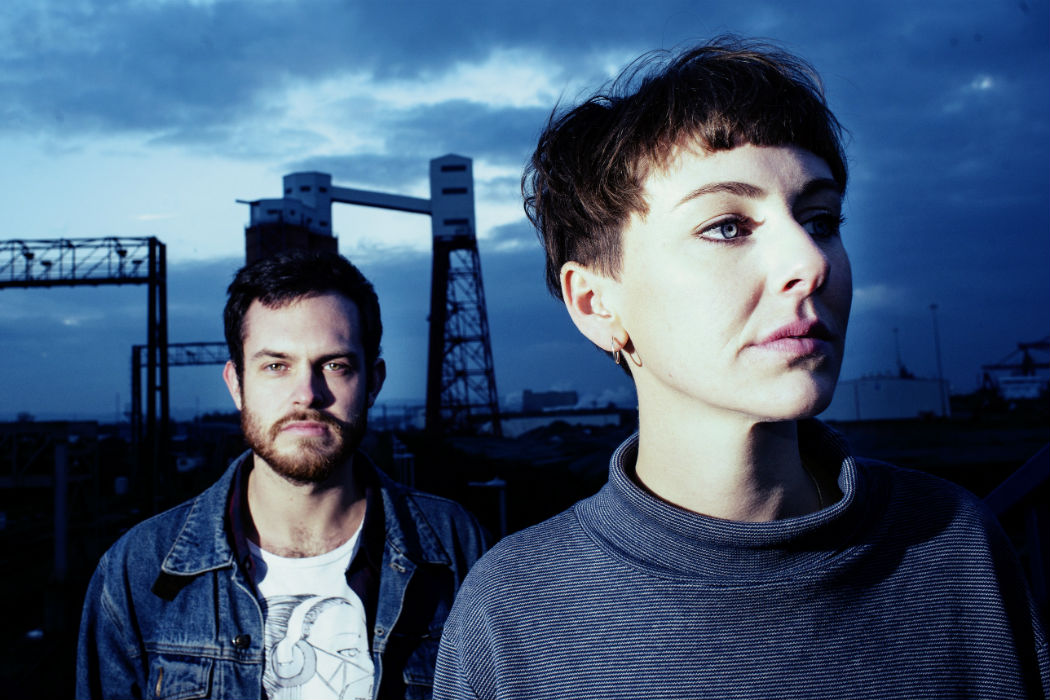 The Desert is a collaboration between singer-songwriter Gina Leonard and guitarist & producer Tom Fryer. Tom’s atmospheric production style which plays with big spaces and other worldly sounds, lives in the space between Gina’s honest and poetic lyrics, allowing her songs to shine that little bit brighter. Lead single ‘Just Get High’ kicks off with a punchy electro-beat that contrasts with Gina’s reticent vocal delivery. Originally intended to be a demo recorded late one night in Gina’s bedroom, Tom time-stretched it into shape and made a kind of down-tempo house beat for it, with a synthesiser part that grows to dominate and take over the whole track.

“I find it difficult working with other people, it has always just been me and my guitar behind closed doors.” Gina explains. “It was so exciting to find someone I could trust to develop my songs with. We’re pretty different but we work well together.”

The pair first met at the Cambridge Folk Festival in 2014 where Gina played a set for The People’s Front Room, a collective that Tom is a part of. Tom went on to record and produce a few of Gina’s tracks, however it wasn’t until late 2016 that The Desert officially came together to write and record their first collection of songs.