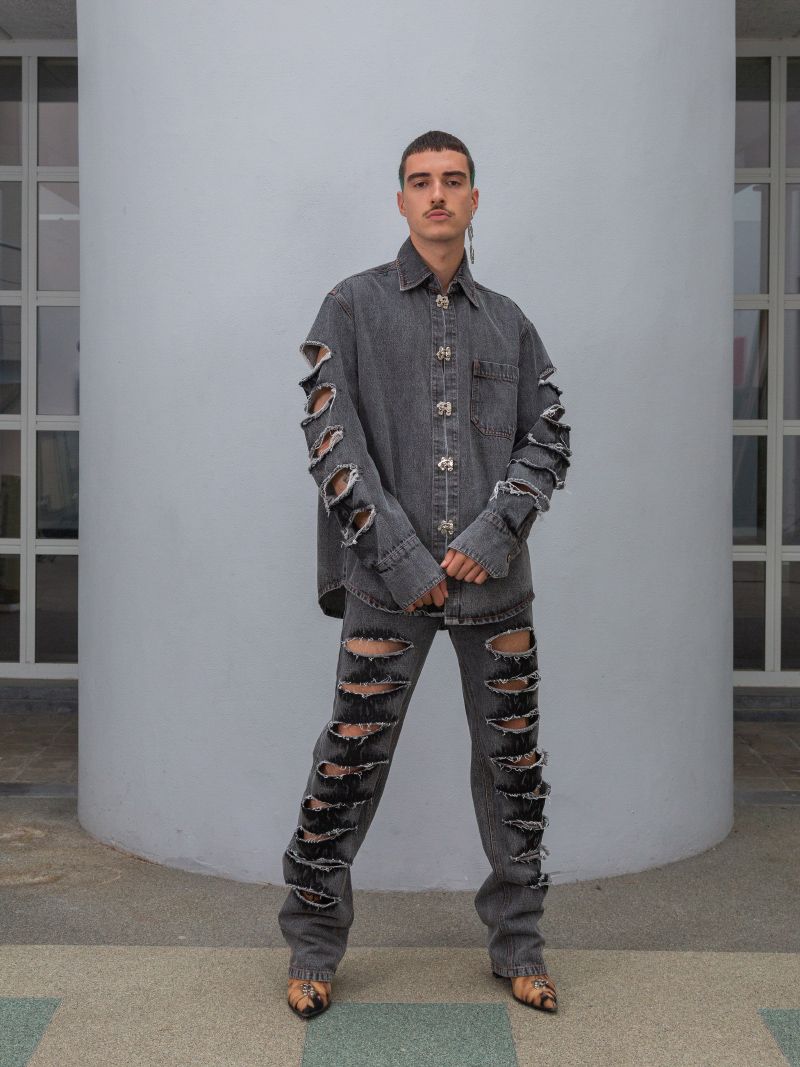 #FashionFilm – LÉO’s Spring/Summer 2022 “AURA” collection represents again a range of men’s, women’s and unisex garments and is a celebration to the human energy. Being endlessly inspired by experiences and the atmosphere that lives between people, places and objects generated the idea to work around the theme “AURA”. @leo_official_be

In spiritualism the emanation surrounding the body of a living creature has been regarded as an essential part of an individual. The emotional, mental, and spiritual levels form an energy field around the body known as the aura is often considered invisible even though it ultimatly influences how we feel and therefor dress. The personal energetic field of a person is considered part of this collection and it’s language exhales the auratic wardrobe of our state of mind

Inspiration was found in both the esoteric origin of psychedelic aesthetics as well as its divers take-on by the mainstream over several decades. These atmospheres are represented by graphics on transparent, dark mesh fragments that pop up like a second skin. These came from a series of photographs of previous seasons’ tie-dye techniques, creating a retake that morphed into digital reptilian creatures’ print.

LĒO’s “AURA” collection goes beyond literally merging various worlds and aesthetics into garments and talks about the energy around us.