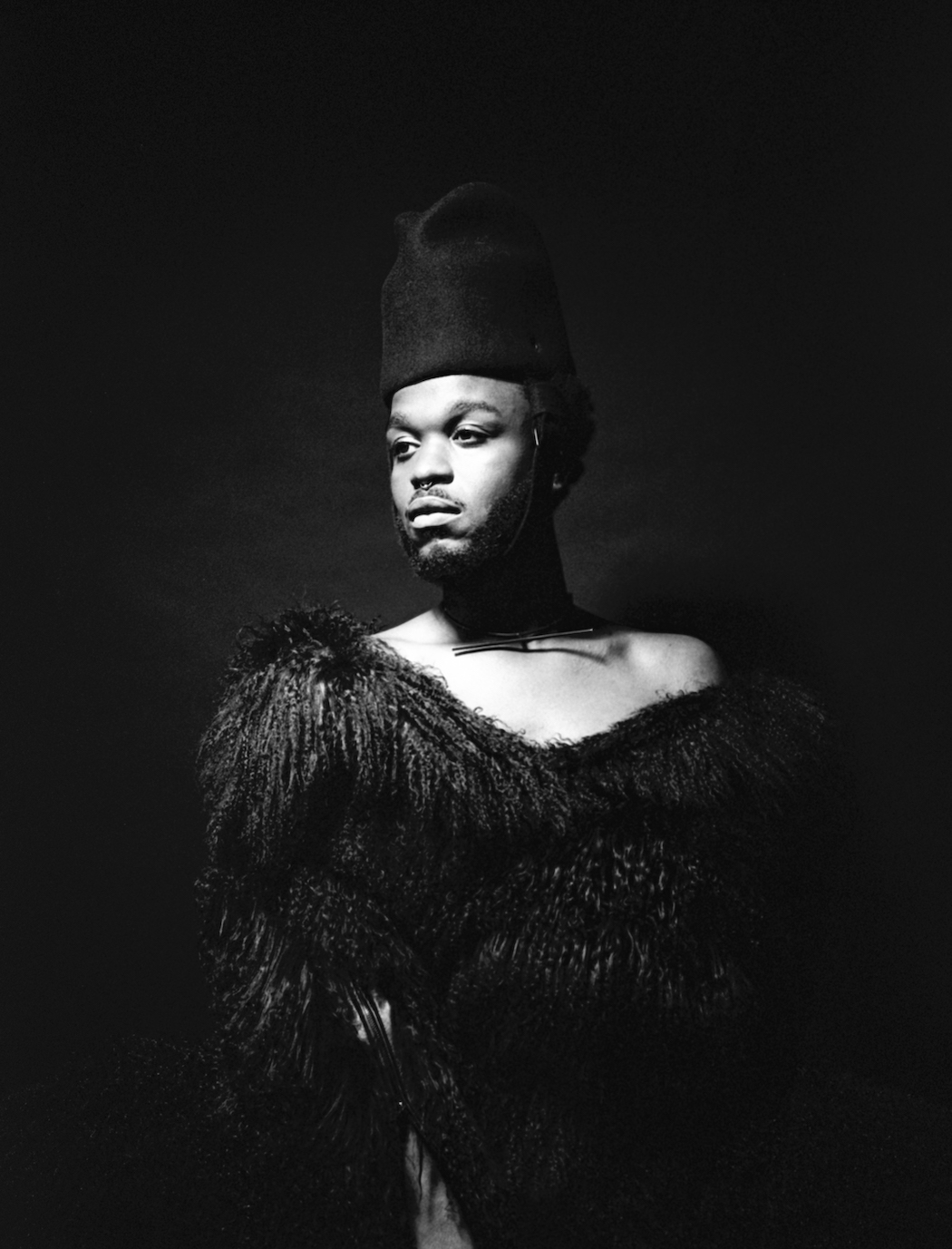 Cakes da Killa, an artist I’ve had a full crush on since I heard his massive single “I Run This Club” in 2013, has been on the scene for coming up on a decade and has worked with some of the biggest names in New York’s Queer underground: Mykki Blanco, Rye Rye, Peaches, ANOHNI, Honey Dijon… the list is literally 69 miles long. Initially coming on the scene in 2011, Cakes was one of the hottest MCs of the Queer Hip-Hop explosion of the early 2010s; mixing street smarts, Queer slang, and his Black experience to come up with lyrics so intensely witty that 3 or 4 listens are required to catch even half the references and by that point, his tracks are fully stuck in your head for the next several weeks. Without question, Cakes Da Killa was baptized in the traditions of New York’s Ballroom scene. His razor-sharp wit and flow chizzled into 120 BPM tracks is what set him apart from other Black, Queer rappers and made his bops a favourite at Ballroom Competitions and kikis the world over. 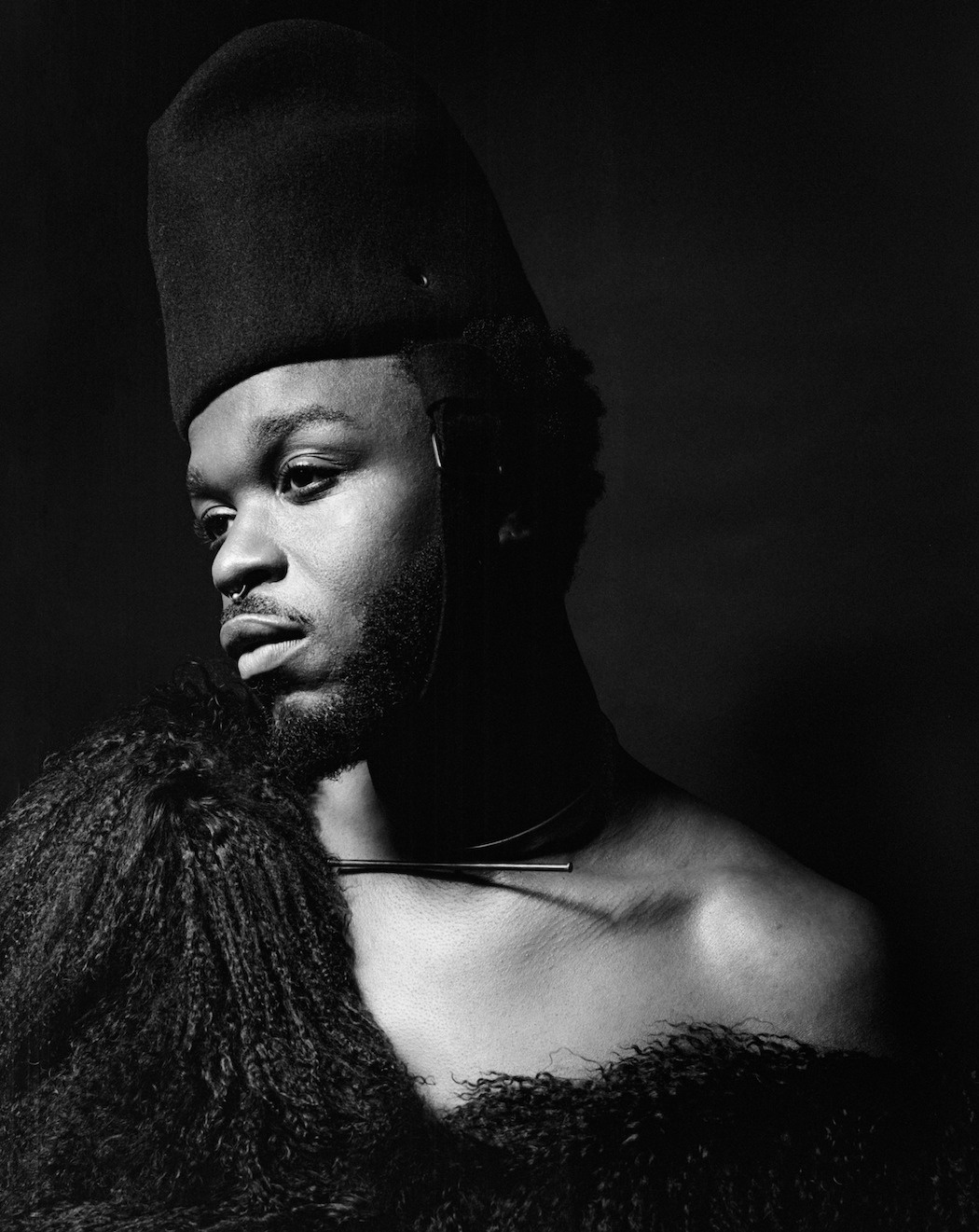 Cakes released a slew of banger singles in the early 2010s that set him apart and finally, in 2016, released his debut full length, Hedonism. And album so thoroughly Black, so thoroughly Queer that New York (and the world) couldn’t handle the energy coursing through this massive introduction. Dance floors from LA to Berlin struggled to keep up, begging DJs to keep pumping his beats.

Since his debut album four years ago, Cakes has been sharing bits and pieces, dropping big singles to keep us wet for his unabashedly singular style but he’s finally ready to give us another, bigger taste. He’s back with an EP he’s calling Muvaland, and it’s a fresh-baked Cakes. He’s serving up huge house music feel that sacrifices none of his signature wit or cutting flow but adds production and musical depth that we haven’t heard from him before. “Don Dada”, the unfuckwithable first single from Muvaland is a sweaty floor filler that brings a big Brooklyn aggression that forces a boogie. A boogie that makes you forget that we’re stuck at home and chatting with that cutie on an app that you won’t be able to grind on for another year. The infectious beats and urgent sirens demand serotonin that you forgot your body is capable of.

Cakes was sweet enough to carve out some time on Zoom to spill the T about Muvaland, “Don Dada”, and all the goodie goodies he’s been cooking.

I believe releasing [music] now is even more essential considering how chaotic the times have become. We all need a little escapism

KALTBLUT: I feel like I have to ask: How is everything? How’s quarantine been for you?

Cakes: I’ve just been maintaining. I think the main thing that’s been affecting me is the fact that my travel has been limited and has affected my money flow a little bit. But I’ve just been staying optimistic and working.

Nice. Where are you right now? I heard that you were in Atlanta for a second but that you’re now back in New York.

Yeah, I was down in Atlanta for a minute but it was like a sabbatical. I’m back now. [laughs]

[laughs] Cute. Also, happy birthday! What did you do to celebrate your new decade?

Thank you! I had an intimate, socially distanced rooftop party with a couple of friends that came over. I turned 30 so I had to do something… I mean, I haaad to.

It’s a big deal and anything to get a little escape from everything that’s been going on! So with your new EP, Muvaland, you bring this big housy mood that we haven’t heard from you before. What’re the big influences on the EP and why the switch to a more house feel?

Well me writing my music, a lot of the times I was not giving the full picture of artists and styles that were informing me. I was trying to make something that I thought would be more palatable to certain people where now, with Muvaland, I’m reverting back to my first mixtape where I don’t give a fuck anymore. So it’s not really tapping anything different, it’s just giving a more full picture of me as an artist. So you’re still going to hear the same hip-hop lyricism and flow but sonically more of a Deee-Lite type sound and a different type of producers like Cashmere and The Basement Boys. Things that I listen to more on the day-to-day. To me, Muvaland is giving y’all my taste in a more full picture.

Totally. But why make that switch now?

I think after I filmed that reality show, [Netflix’s] Rhythm + Flow, I realized that, even though I’ve always been myself, there have been things in my career that I was putting through a filter for certain people. After the show, I realized that those certain people just aren’t going to like what I do. So why try and market it and make it something that people can consume? It’s best to just do what you want because that’s how I came in, just doing what I want. I just have to be true to myself, you know?

We all really just need to be ourselves these days or mass media and consumer culture are going to swallow up true creativity. So what’s the idea behind Muvaland?

The EP started as a one-off I was going to drop with Proper Villains. I decided to put out an entire body of work since what we did sound so good. The pandemic was just starting and I wanted to put out something that documented what I was dealing with at the time in my own way. That was months ago and a lot has transpired since then. I still love the music! I believe releasing it now is even more essential considering how chaotic the times have become. We all need a little escapism.

Fully agreed! You’ve mentioned Funeral Parade of Roses as being an influence on past work. What were the major influences for the “Don Dada” video? What’s the concept/message? How was it filming during the pandemic?

Some of the major influences were a few different films like Mahogany starring Diana Ross, blaxploitation films like Cleopatra Jones and Catwalk, a documentary starring Christy Turlington and other 90s supermodels. The song as a track was more about me reestablishing myself and my confidence as a lyricist. Hyping myself up as I reintroduce myself to the music scene. With the visual, I wanted to expand that to include all black people, specifically dark skin black women who face a lot of negative drama based on colourism.

Filming was very simple considering I have a roof. It was really, really hot! The hottest day of the summer it felt like. 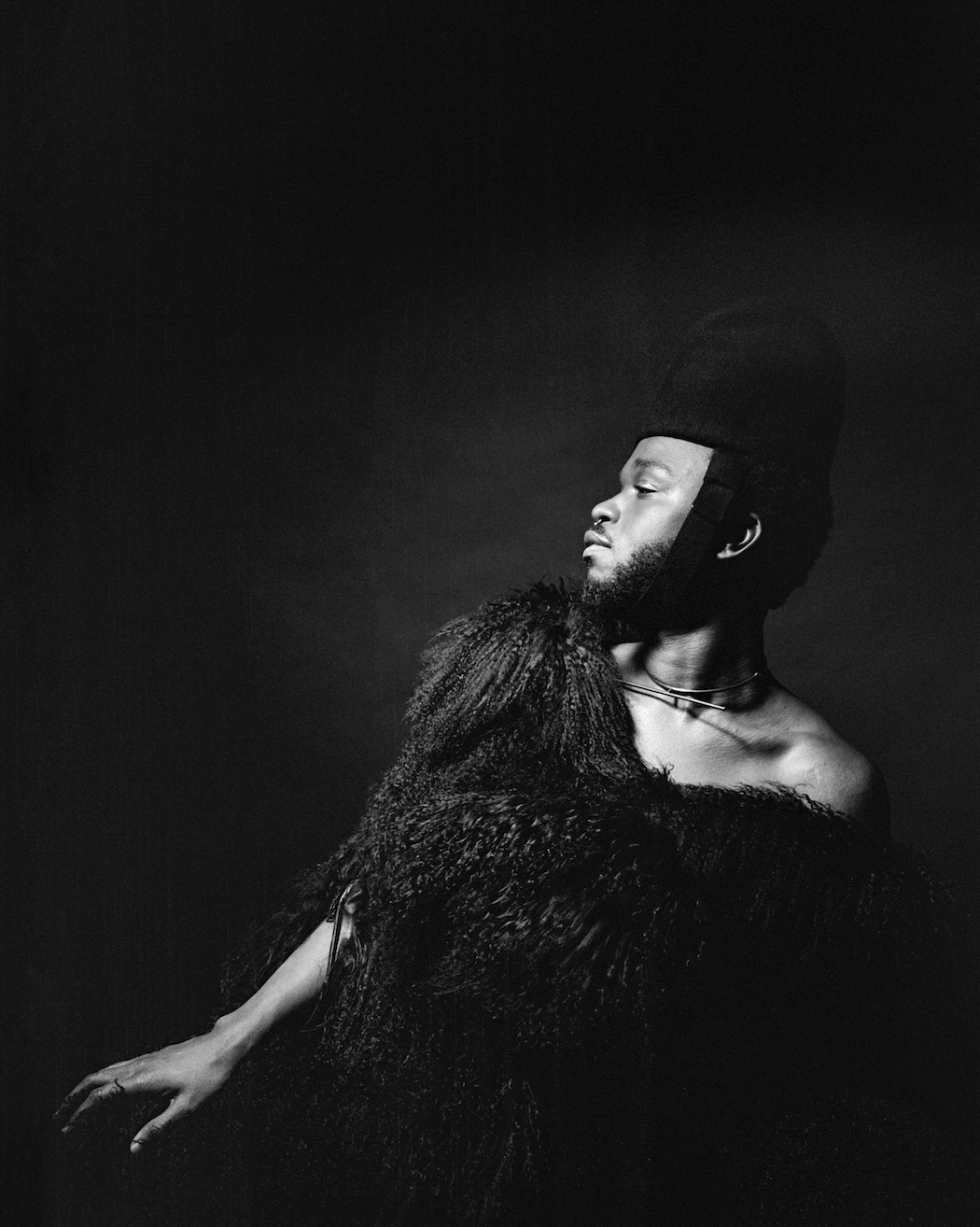 Well, you looked great in that tennis skirt. I’ve also really been feeling your homemade “Don Dada” videos on IG. What’s the story behind those? Are you just giving your fans what they want or are you trying to say something more? Are you trying to emulate your live performances?

I’m just trying to give the gays exactly what they want. It’s all about the content.

Do you feel that you’ve lyrically changed with Muvaland? Did you spice it up or spice it down?

Speaking of you as a writer, you’ve got a volume of short stories coming out?

Right! I’ve fucking working on this shit since I was like 16! I wanted to have 100 pages done by my 30th birthday and I completely missed that deadline. But I’m still staying optimistic about it because all the gays are putting out all their books and I think it’s great. When I was coming up there wasn’t a ton of Queer, Black reads. Especially if you wanted a more modern voice. People would always reference older generations, which I still think you need, but I think we need that modern take on the Gay and Queer experience. So stay tuned, my shit is coming out too.

What would you say to the Queer kids coming up right now in the Queer hip-hop scene that might have it a bit easier than you did growing up without the (deserved) exposure of Queer hip-hop and Queer culture in general?

Firstly, the new Queer kids coming up need to have a better appreciation and understanding of Queer history. I had to literally dig through books at the library and stumble on old docs to get a clearer picture of myself. You have it so easy, it’s right at your fingertips and you’re clueless and think you’re so innovative. Do your research. I don’t get that. Also, shade is only cute when it comes from a place of intelligence or wit. It’s never cute when it’s rooted in insecurity. Lastly, stop fighting at every function I’m trying to enjoy a cocktail while I still can. 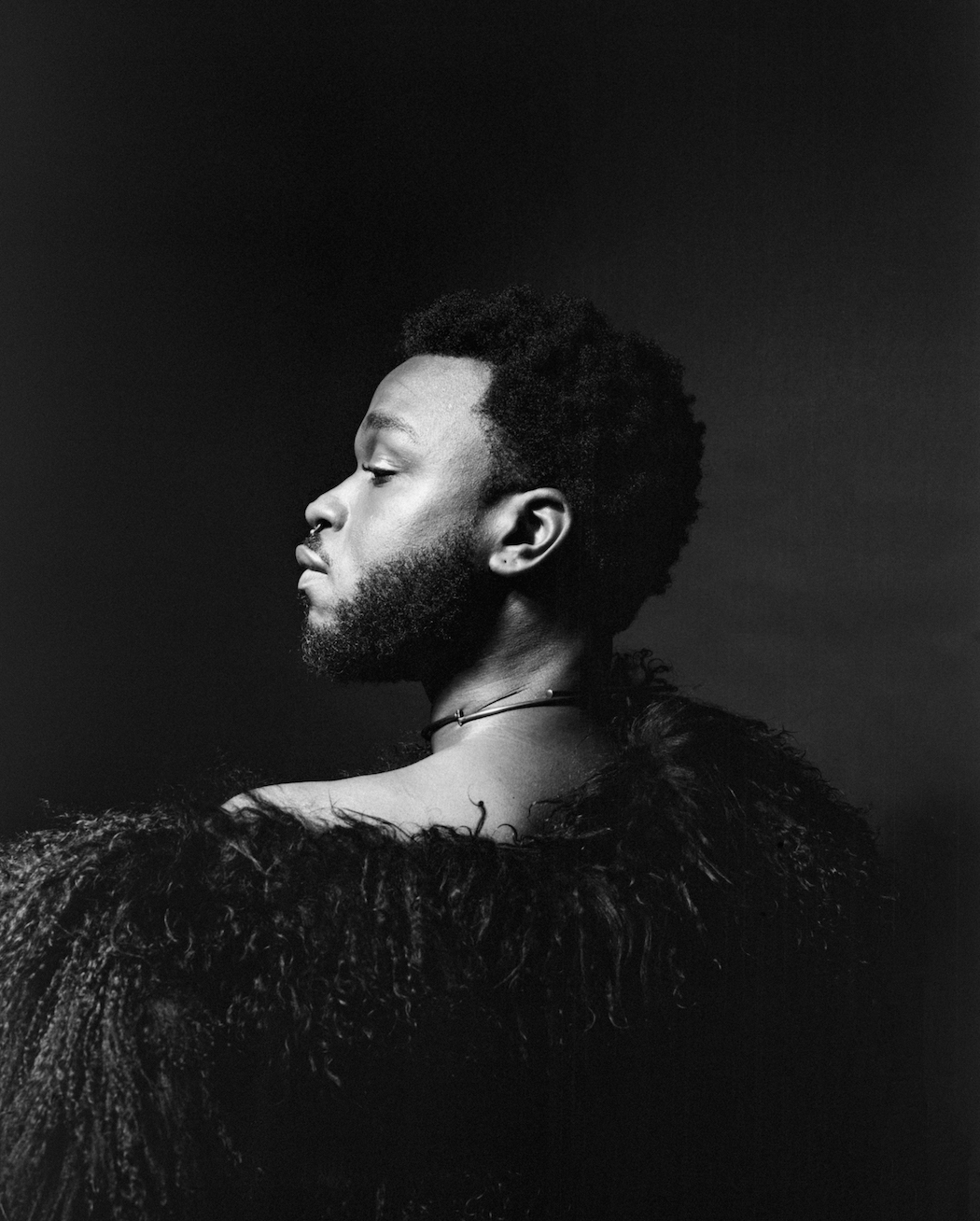 What’re you gonna do the second you can unquarantine?

I’m definitely quitting my job and getting on a plane to Berlin. Like I can’t, it’s too much. I will be on an EasyJet flight to Berlin, period.