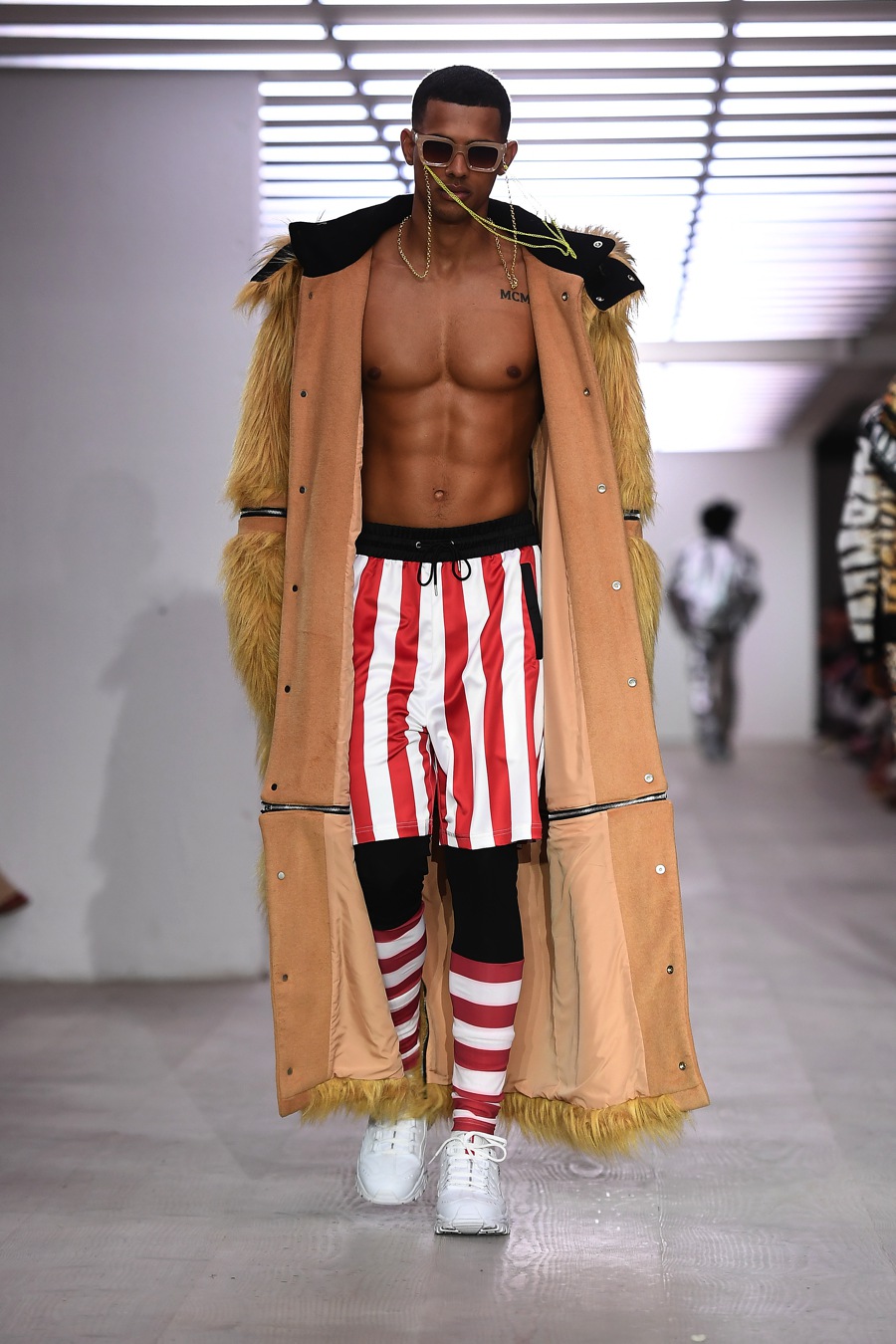 Having taken a season off from LFW, we can confirm that creative extraordinaire Mr Bobby Abley has basically been on a cheeky vacay to the land of Oz. Returning to the runway for S/S20, finding inspiration in all things Wicked as Abley dropped a house on us all…and our current bank balance. Words by Lewis Robert Cameron 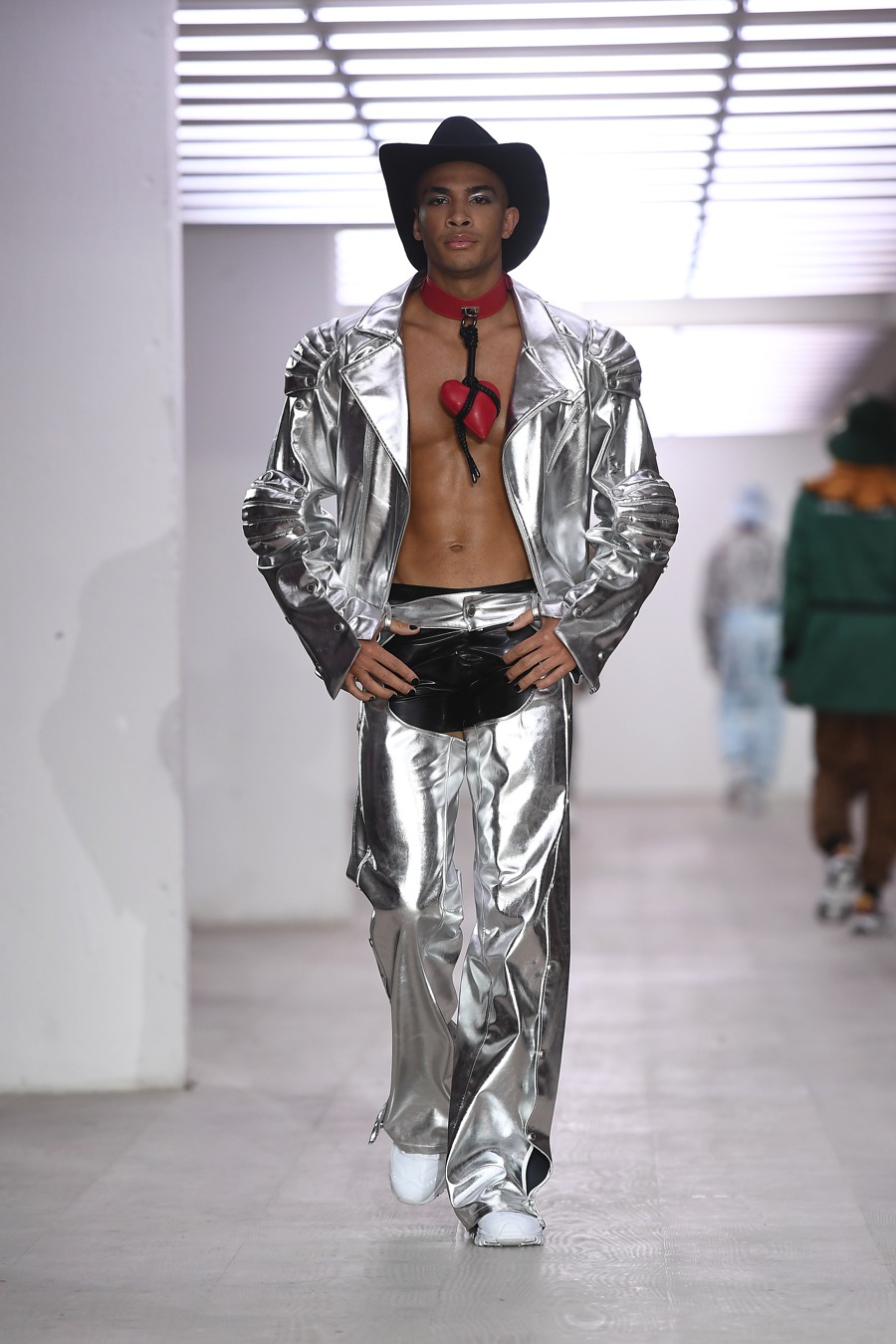 In his ‘Friends of Dorothy’ celebrating the 80th anniversary of his and his mother’s favourite film, you guessed it, ‘The Wizard of Oz’ as the collection follows the lead character Dorothy’s journey through this magical land and the colourful characters she encounters, including bespoke prints created from the original film artwork.

As to be expected from the Abley archives of previous season’s standards, we were dazzled, enthralled and overjoyed as Abley manages to once again bring that rare balance of fun and finesse to the runway giving us wearable with just enough wacky. Serving us yellow brick road parkas, Dorothy inspired gingham ensembles, including a pair of chaps and a Chanelesque blazer, ruby and emerald jewel print tracksuits, a tin man metallic jacket and trouser combo complete with an open crotch and a leather heart choker, a cowardly lion overcoat and a ‘Glinda, the Good Witch’ tutu and matching pastel pink vest. Too cute to function. 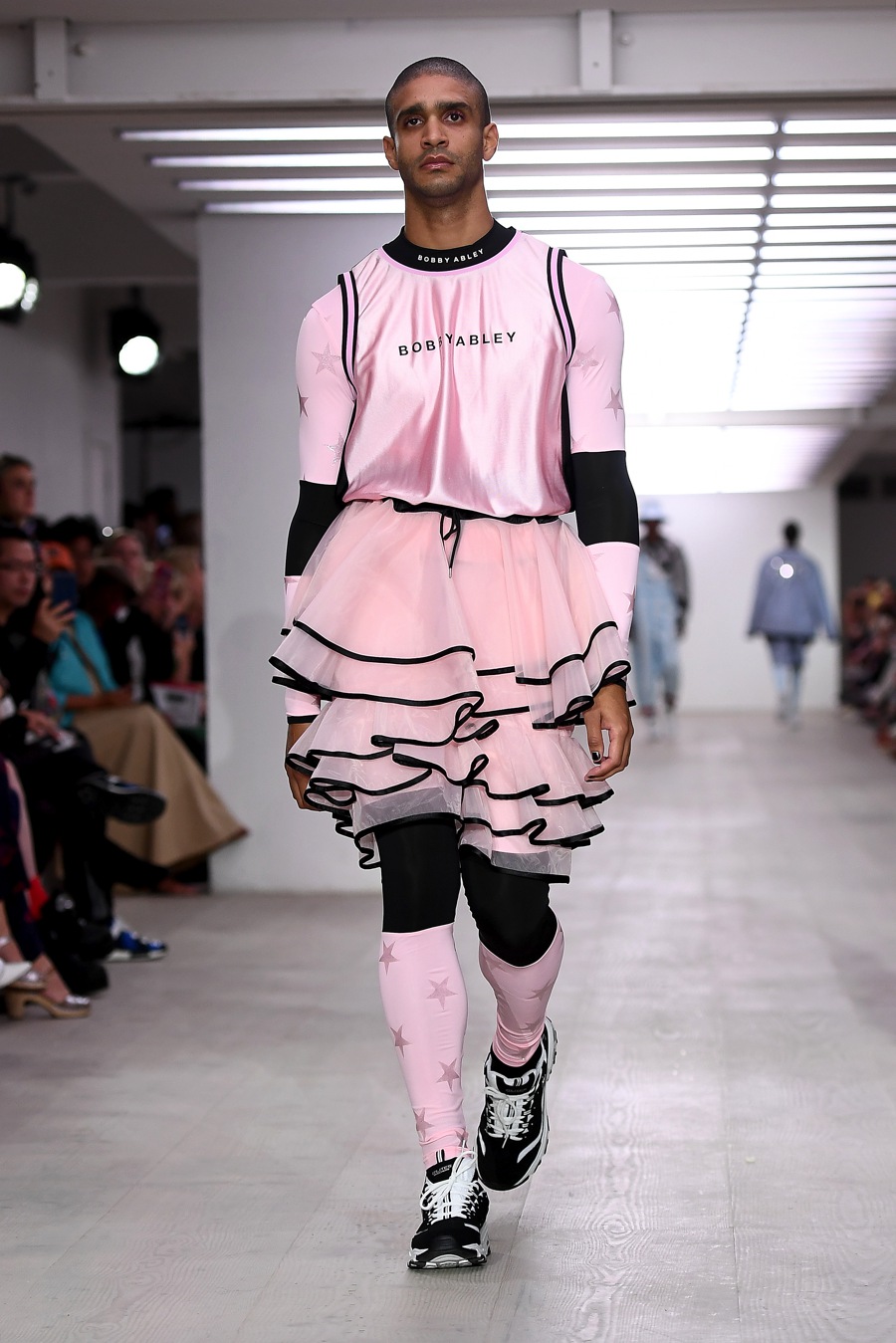 Models took to the runway for the final walk to the backdrop of Judy Garland’s Somewhere Over the Rainbow. I’m not crying, you’re crying. Proving once again that there’s no place like home and there’s no place like a Bobby Abley show. My one complaint? Why on Earth wasn’t the catwalk a yellow brick road Bobby!?!! I’ll forgive it for that Xtina Bionic-Iconic. 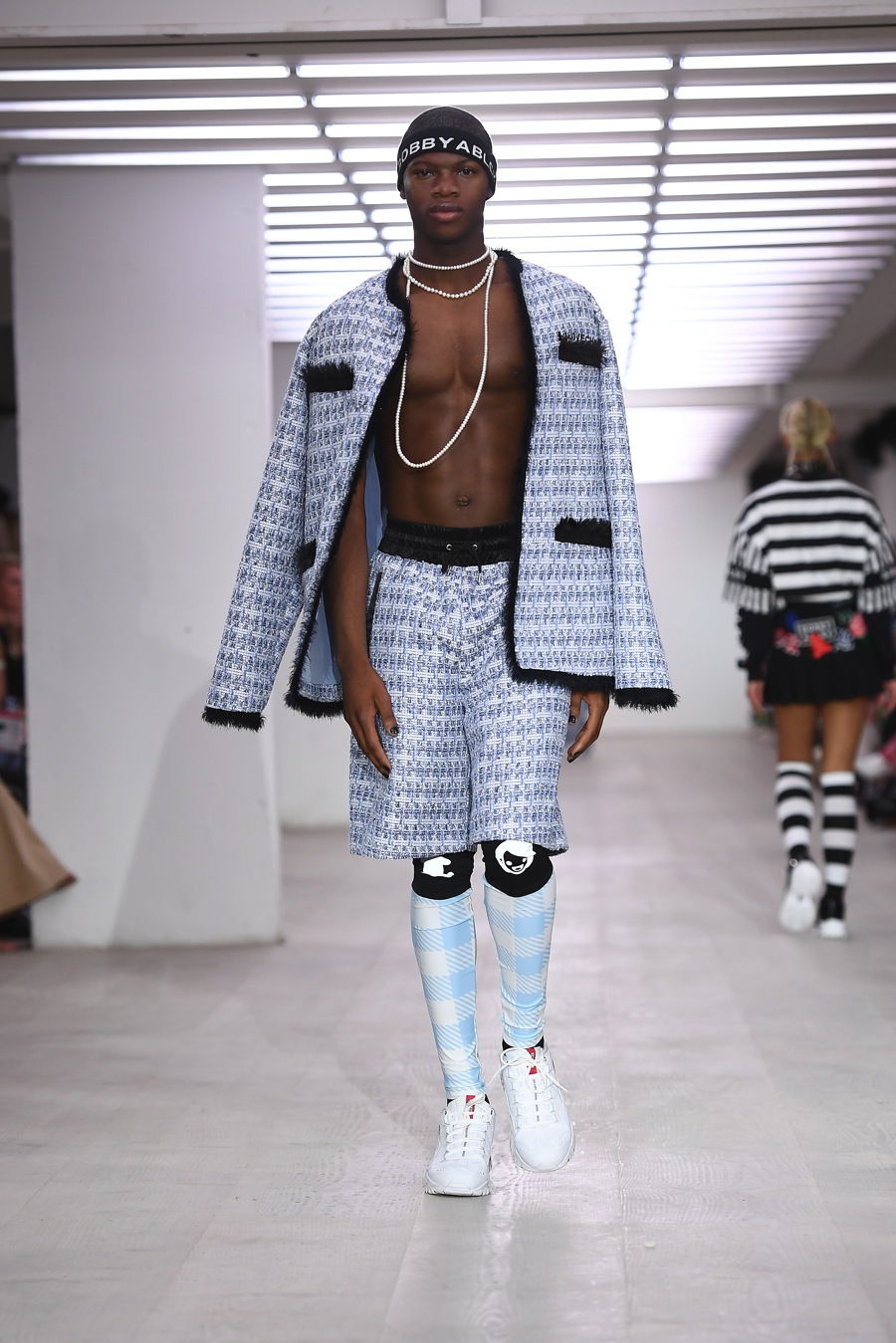 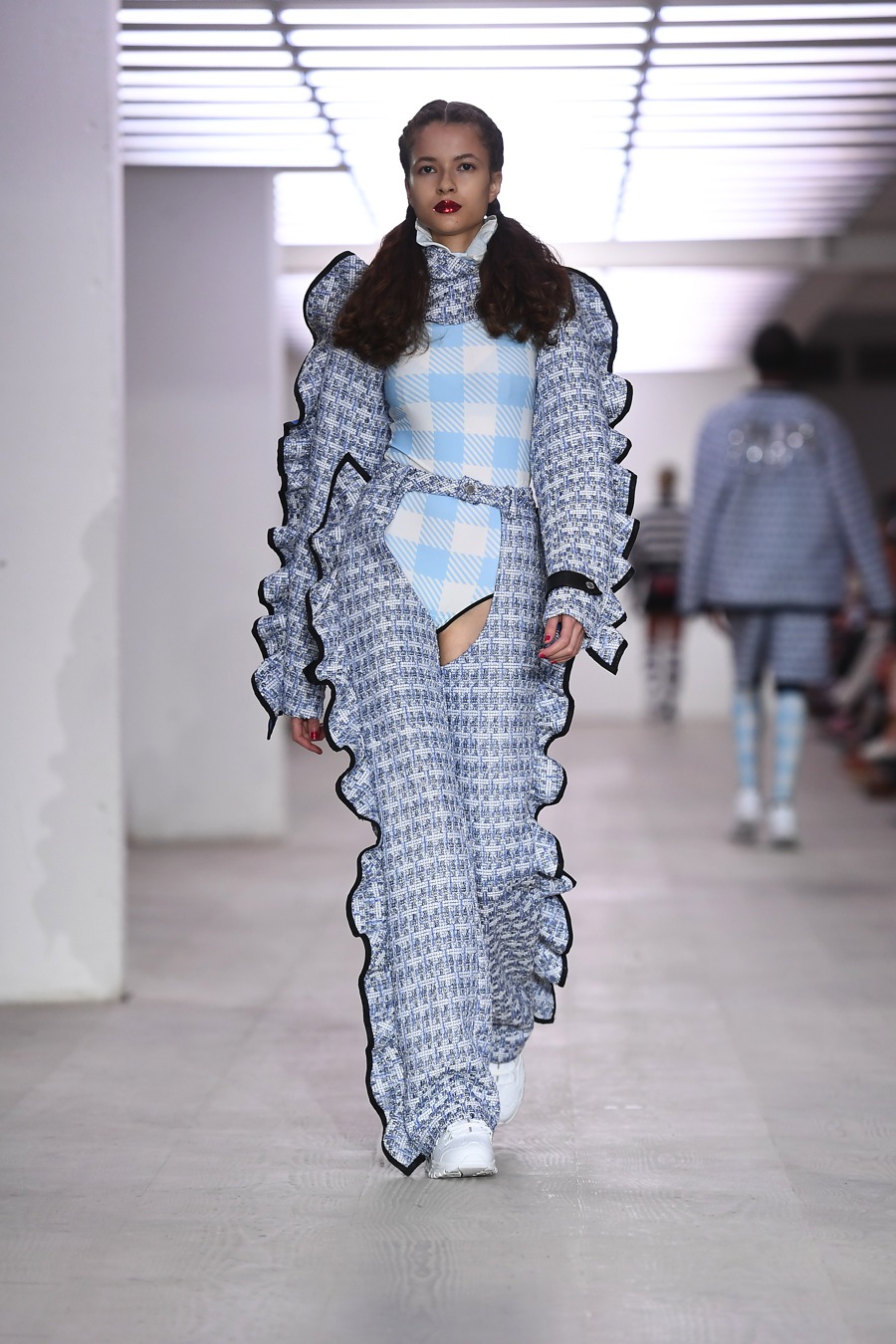 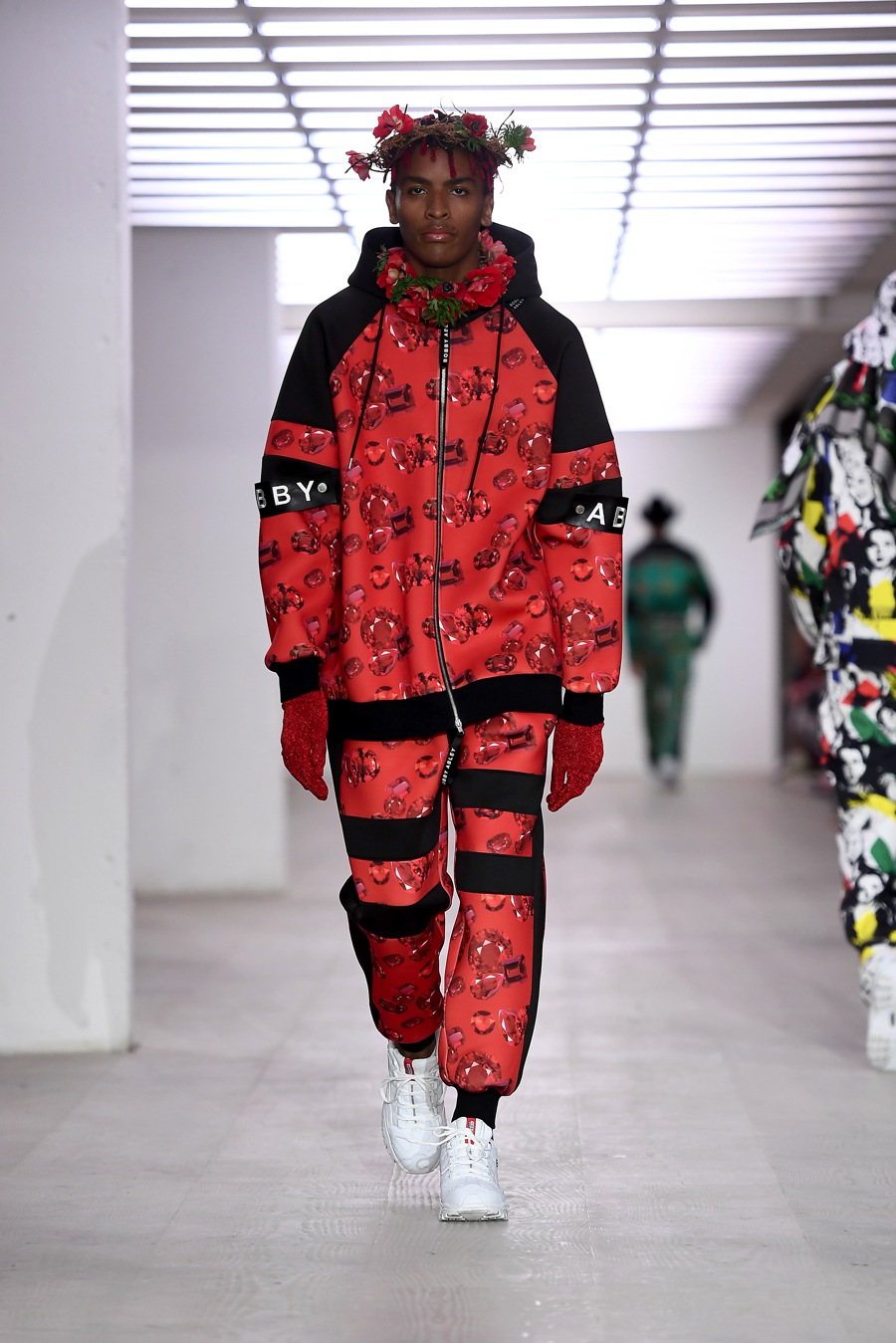 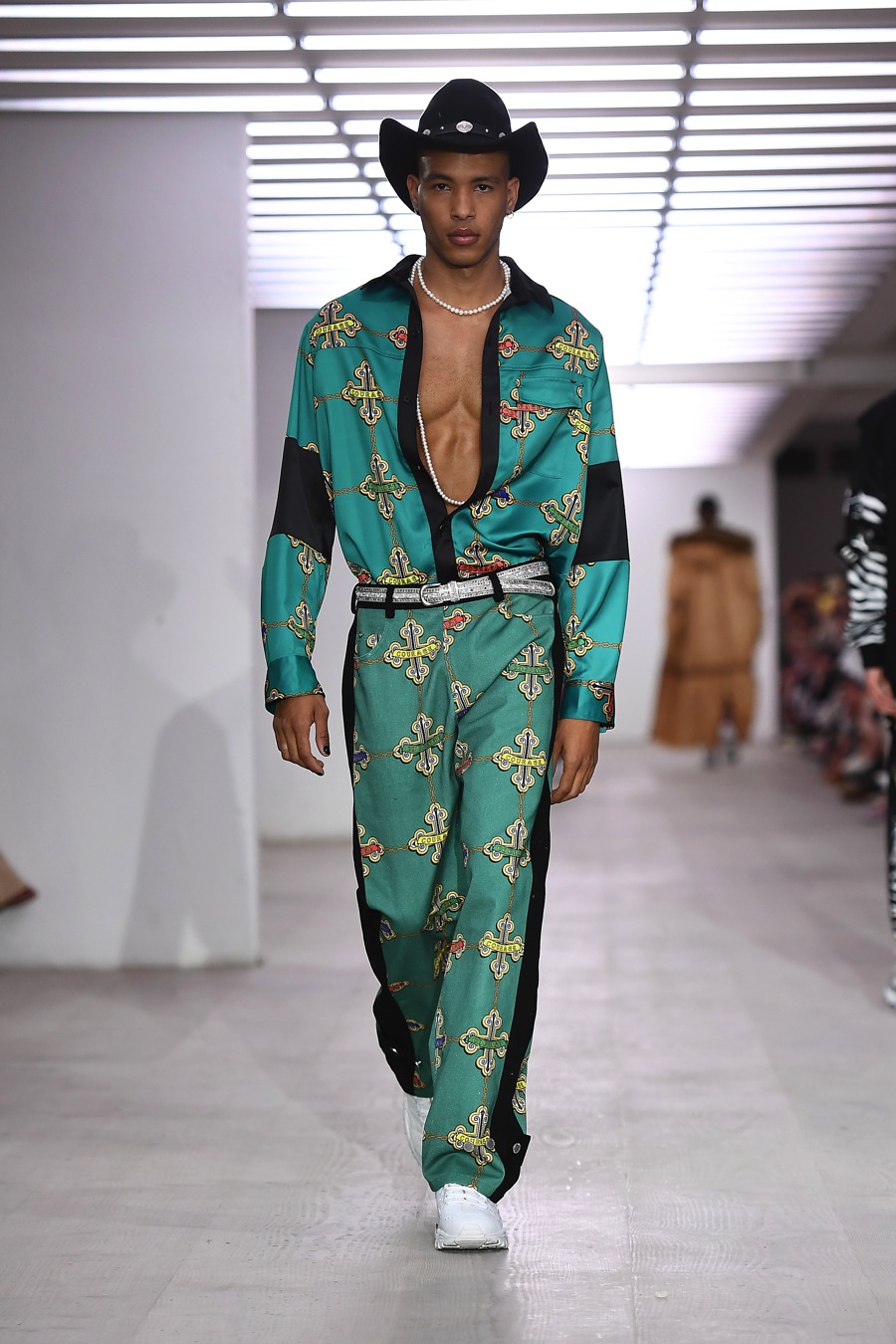 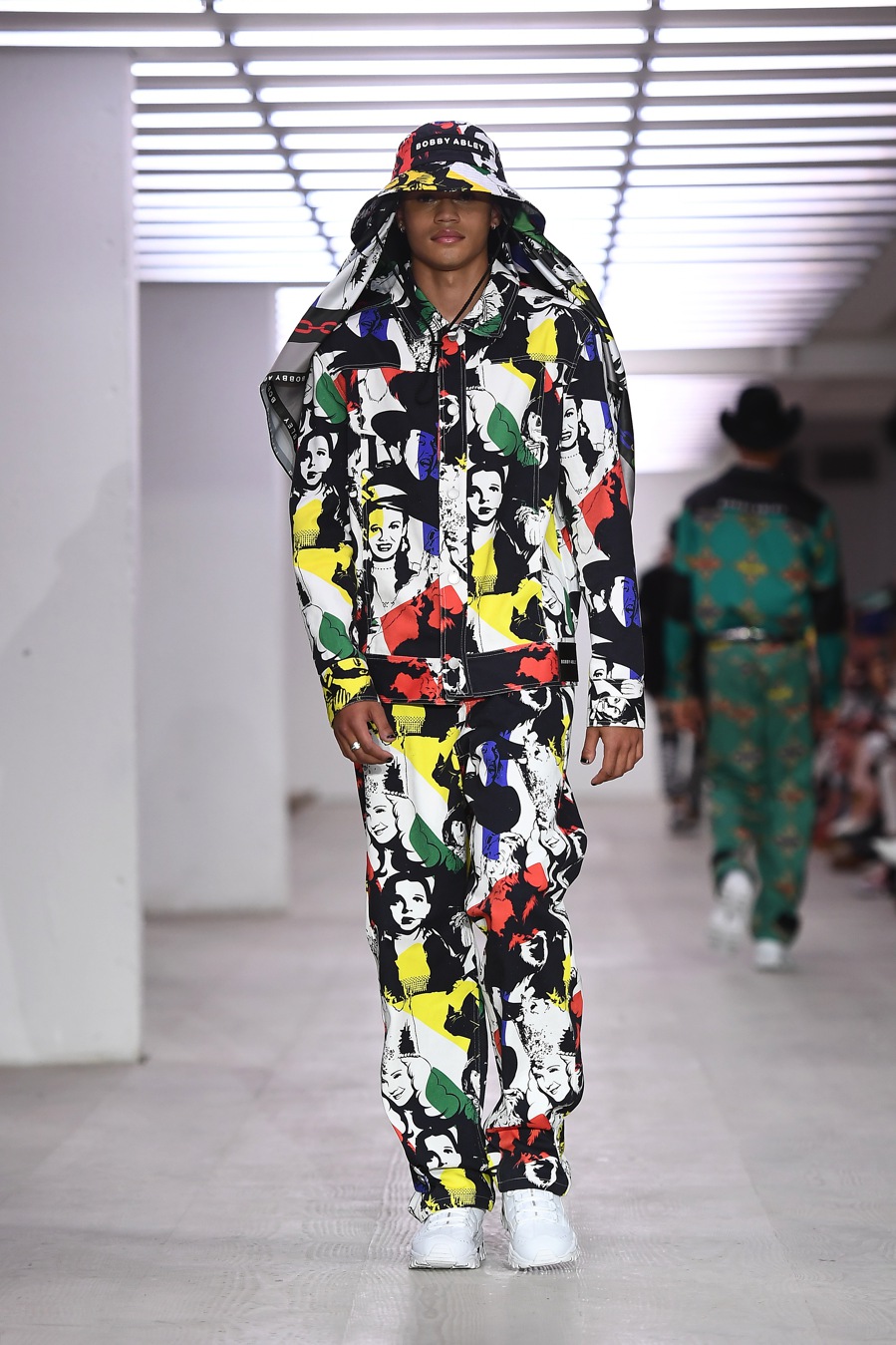 Trainers: With thanks to Sketchers

Flowers: With thanks to Jess at Flouresse