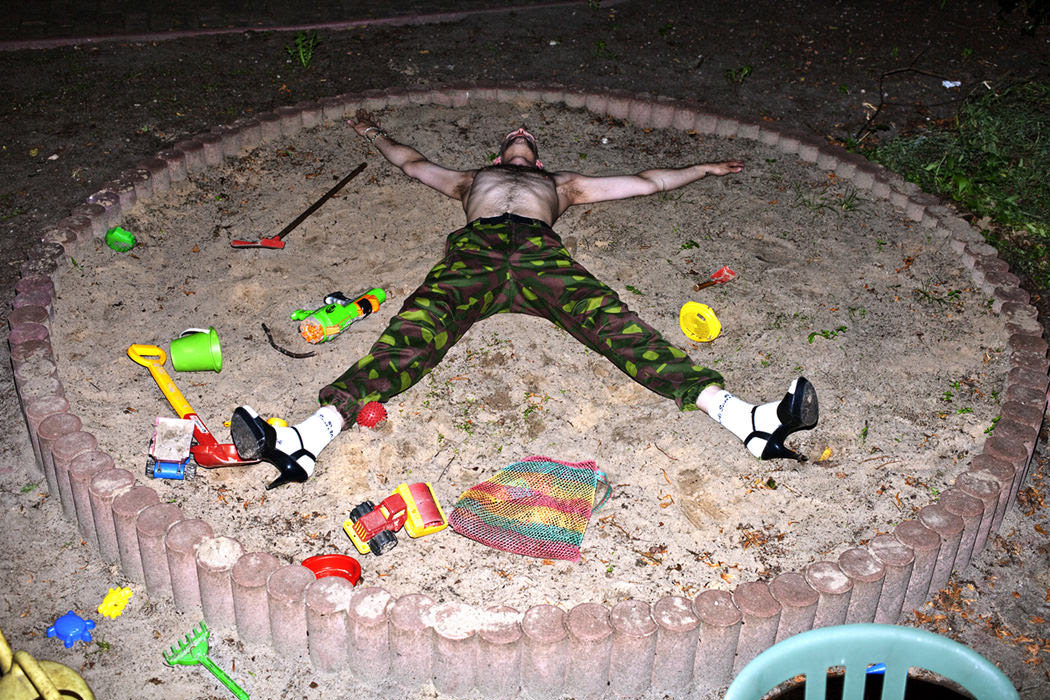 Lisa Diandra Krueger is a German photographer based in Frankfurt. Her work „Gender Bender“ shows people, who understand their inborn gender as an inadequate specification. „Gender Bender“ rebels against strict gender categorisation. 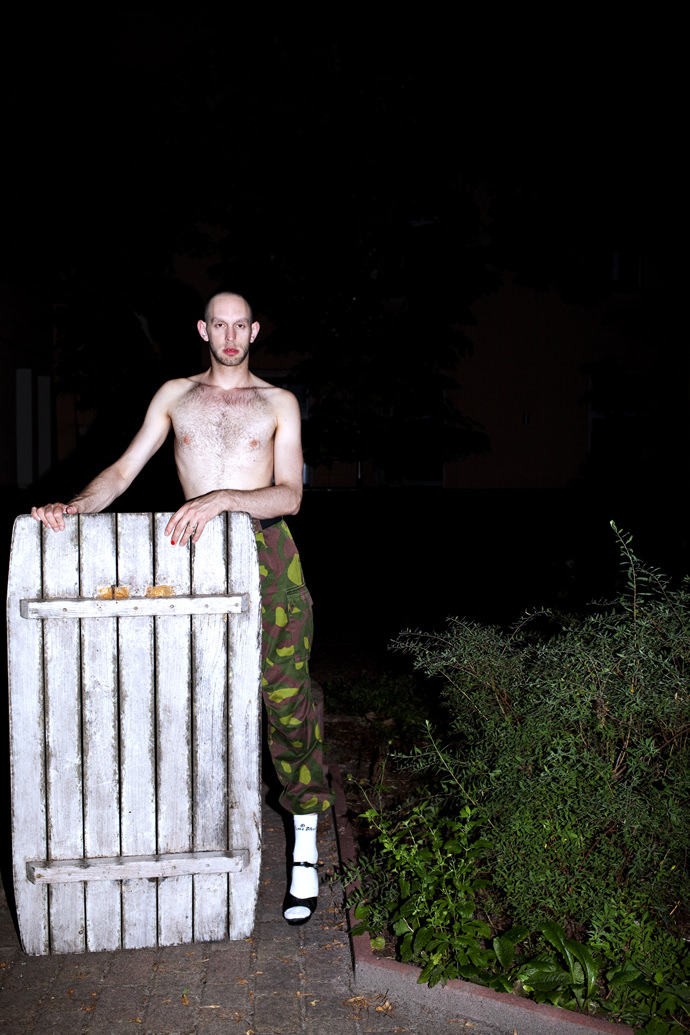 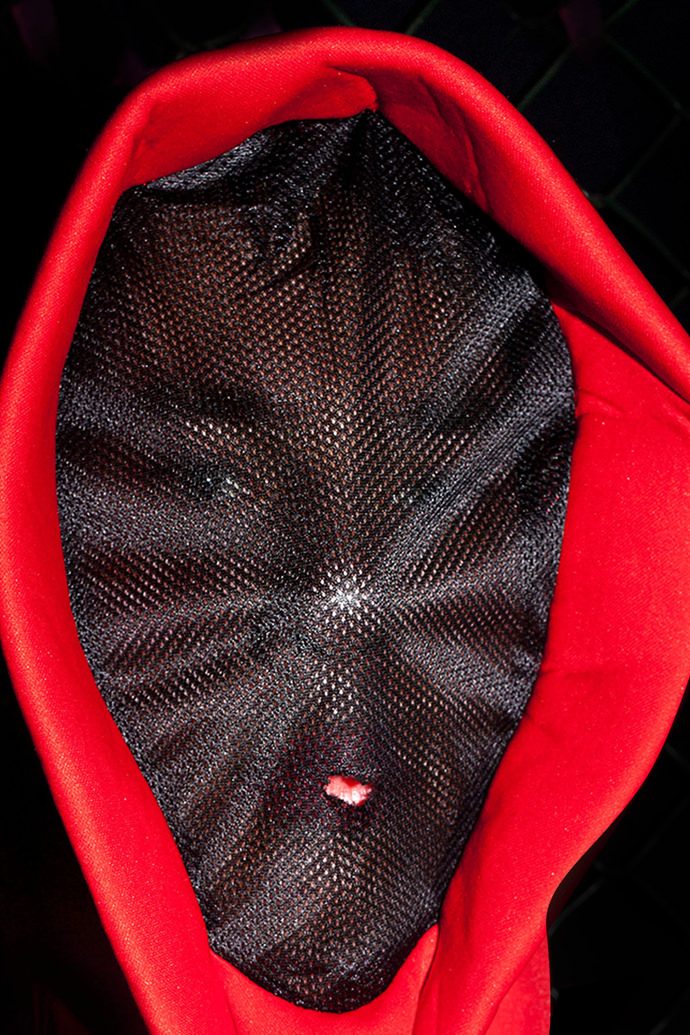 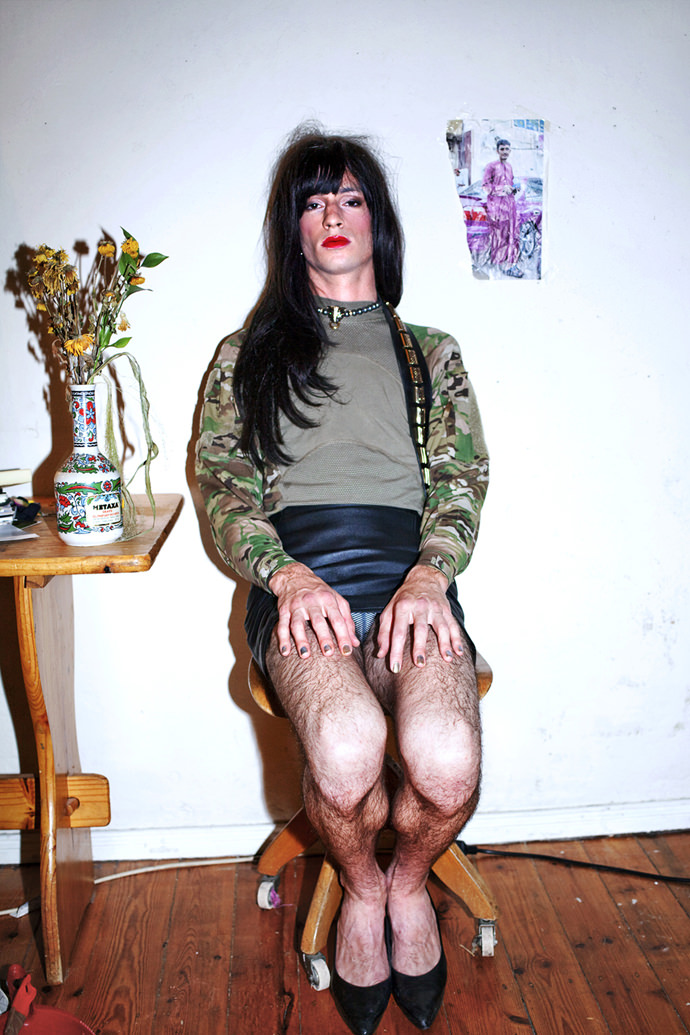 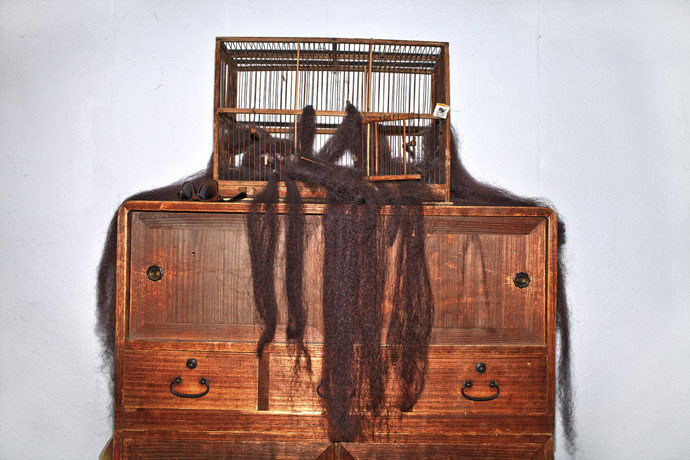 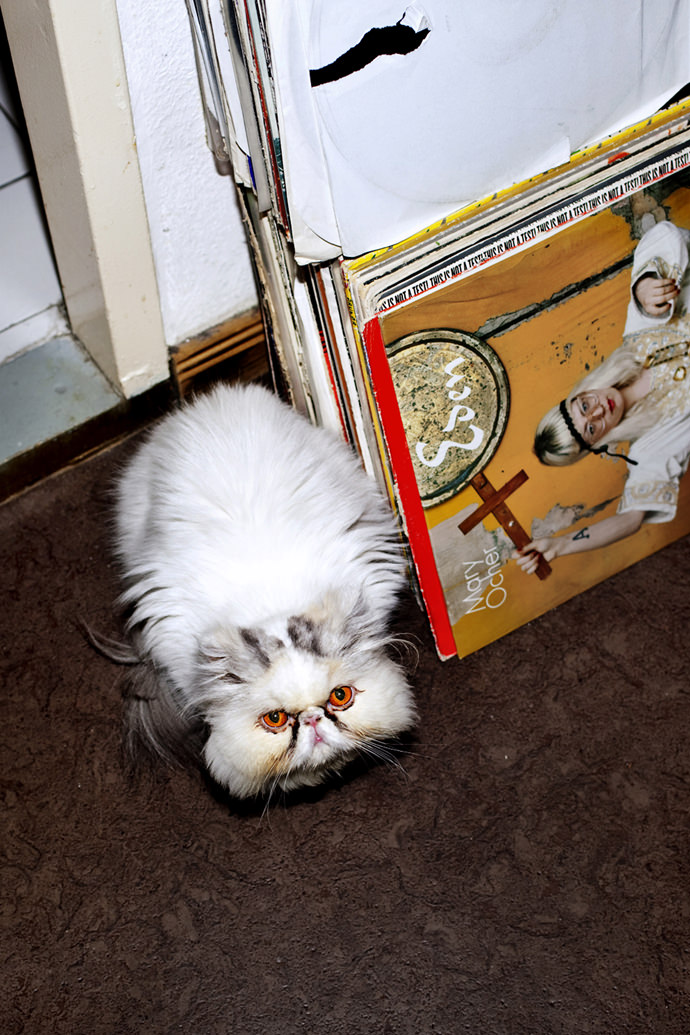 The word „Gender“ stands for the structure of gender through education and socialisation. Gender is mainly shaped by repetitive behaviors. Society encourages entrenched roles by repeating performative acts every day. „Gender Bender“ tries to break up and mix up these strong roles by atypical behavior. This is how „Gender Bender“ works as a creative mistake in the system. 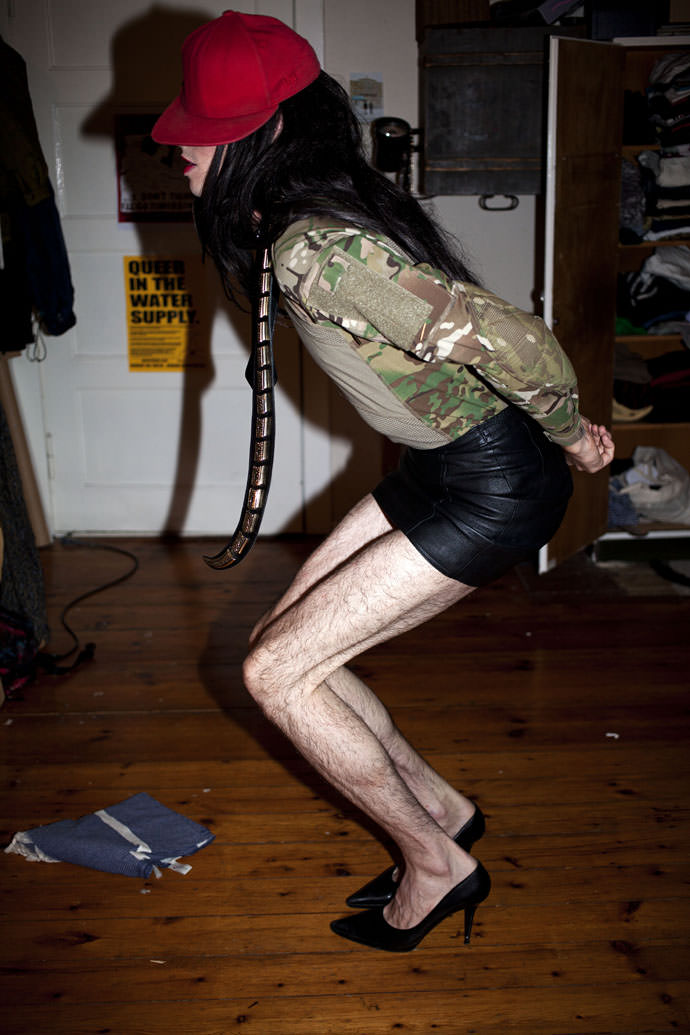 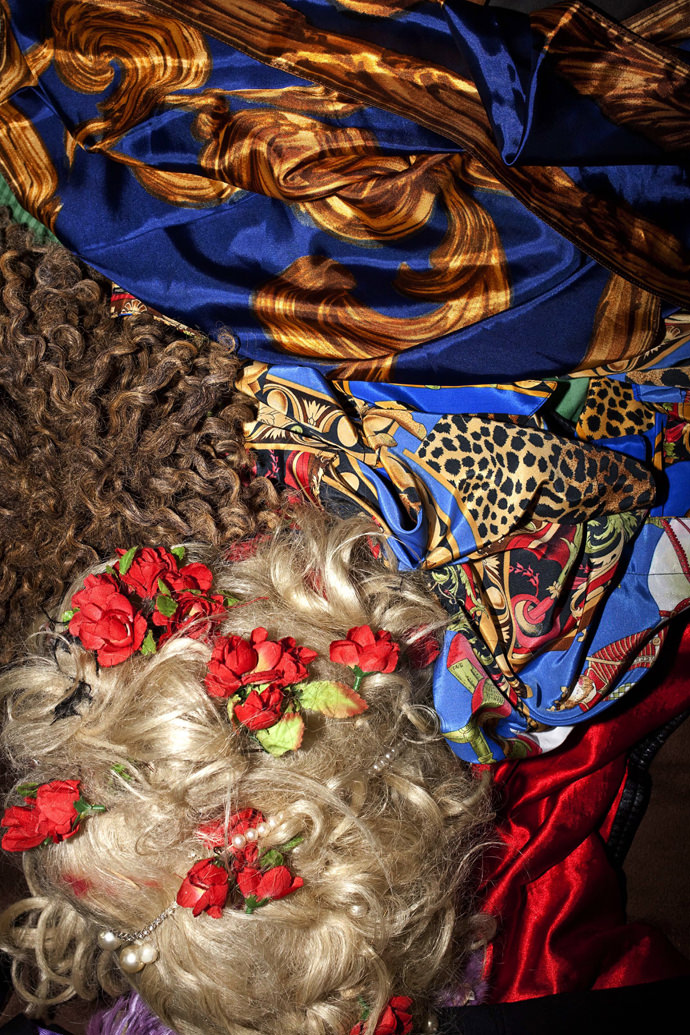 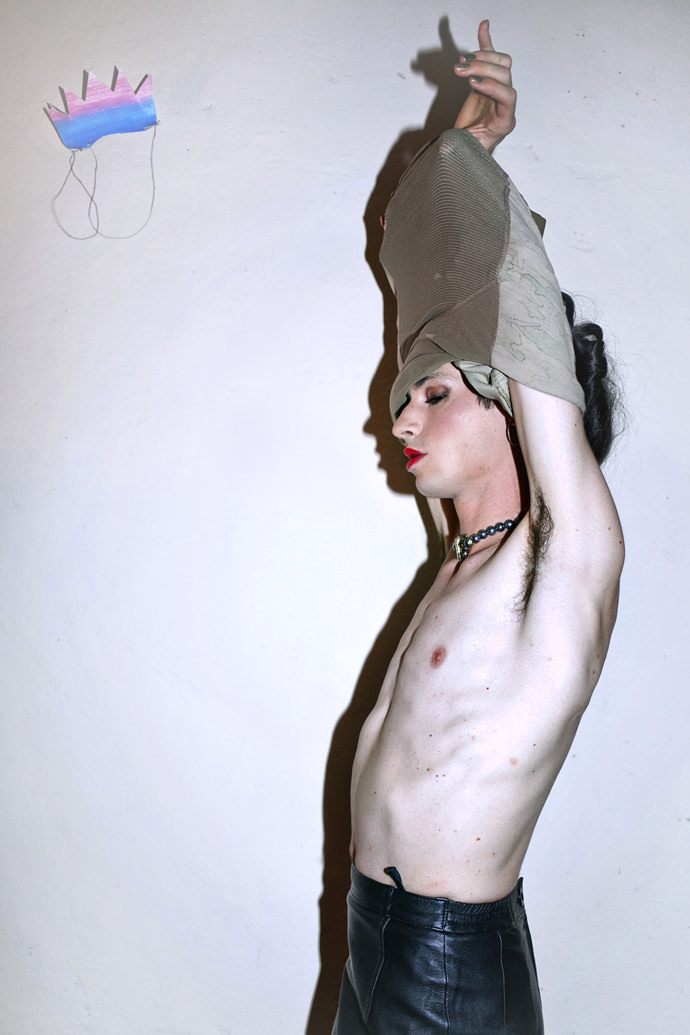 “I want to criticize and poke fun at the roles of women and of men too. I want to try and show how not-normal I can be. I want to ridicule and destroy the whole cosmology of restrictive sex roles and sexual identification.”
Christopher Lonc. Genderfuck and Its Delights. Gay Sunshine 21 (Spring 1974). 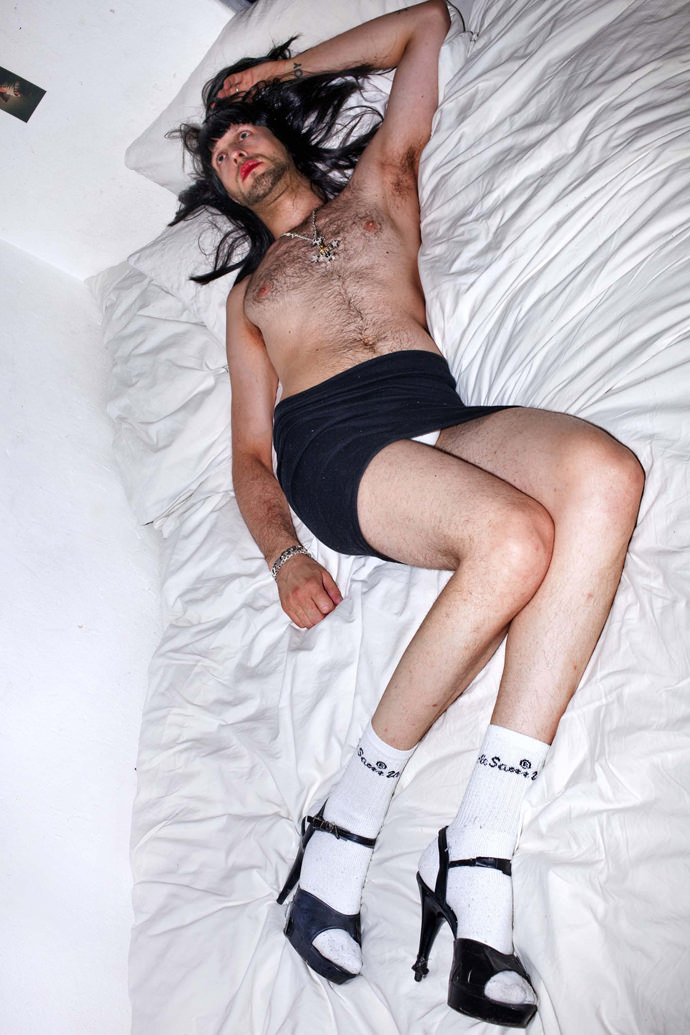 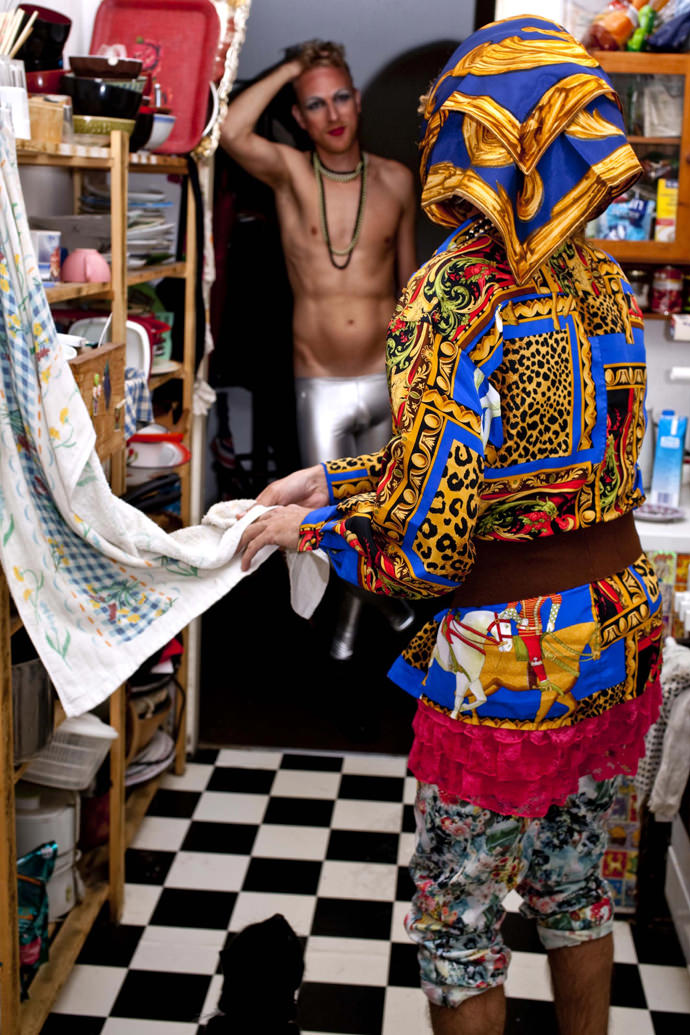 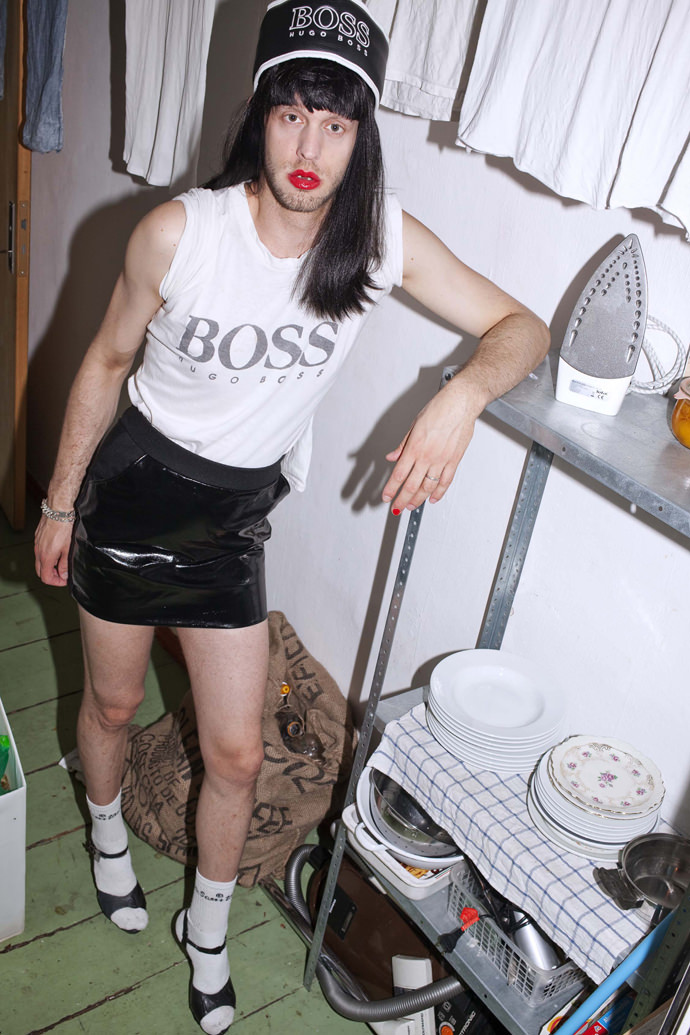 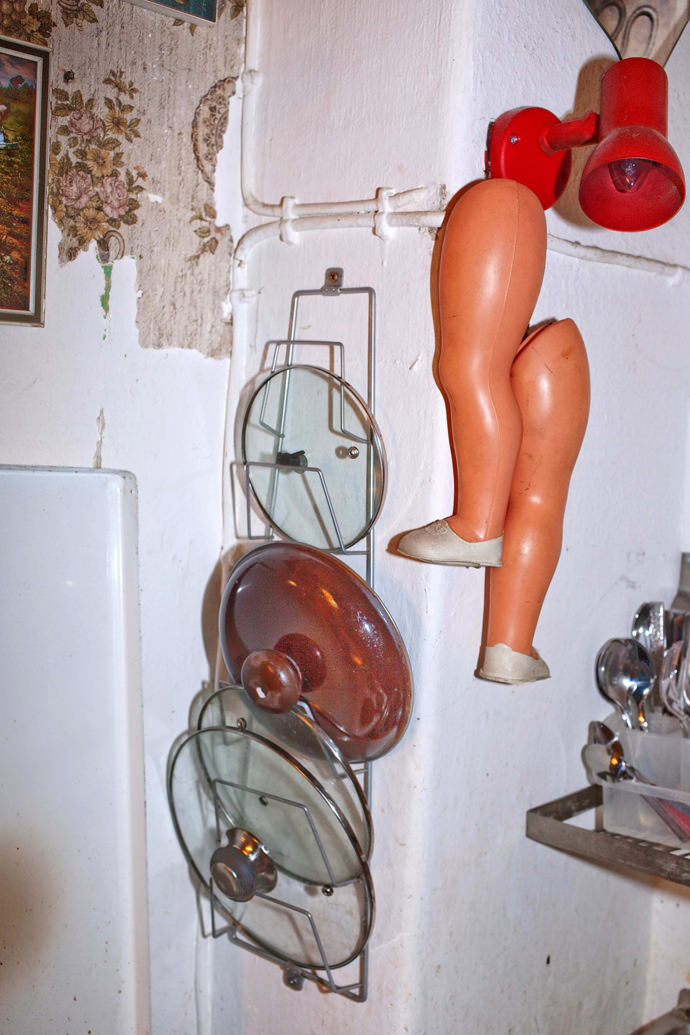 The work shows the portrayed people in their familiar surroundings, in the appearance of their alter ego, therefore marked with a certain artificiality. The used flashlight brings this artificiality into focus. People don’t just show their own artificiality, they also emphasize society’s artificiality. At the same time they demonstrate, that it is up to every single person, which role they play and how they handle it. In the book „Gender Trouble“ the author Judith Butler also asks the question if travesty is just an imitation of constructed gender roles or if the intention of travesty is to call attention to artificiality of gender roles. This work shall function as the scene’s mouthpiece and confront the viewer with his own construction. 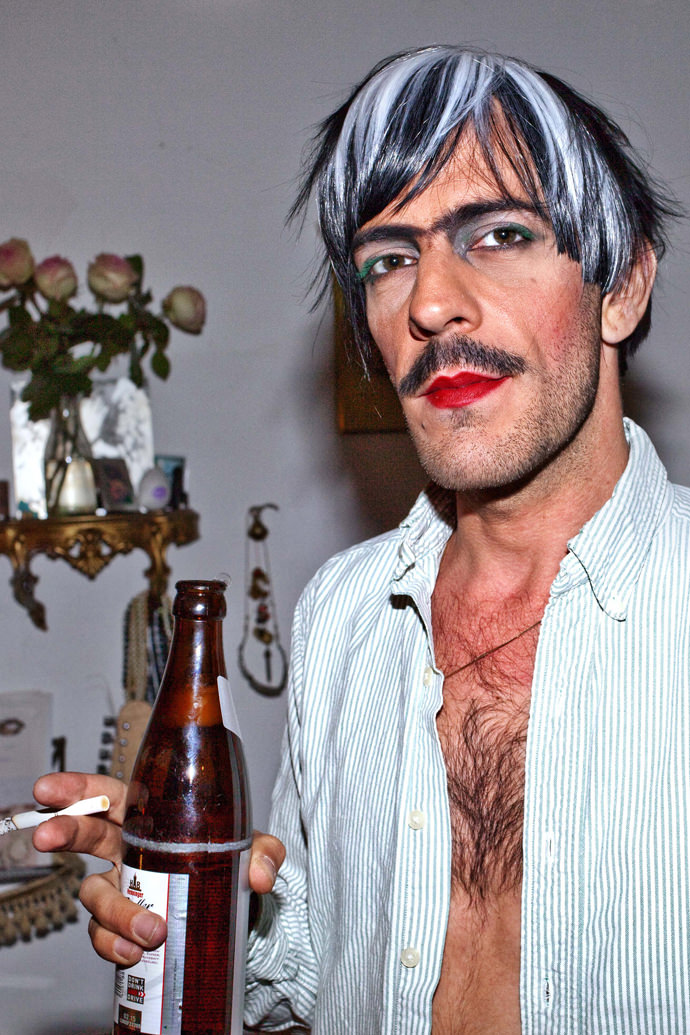 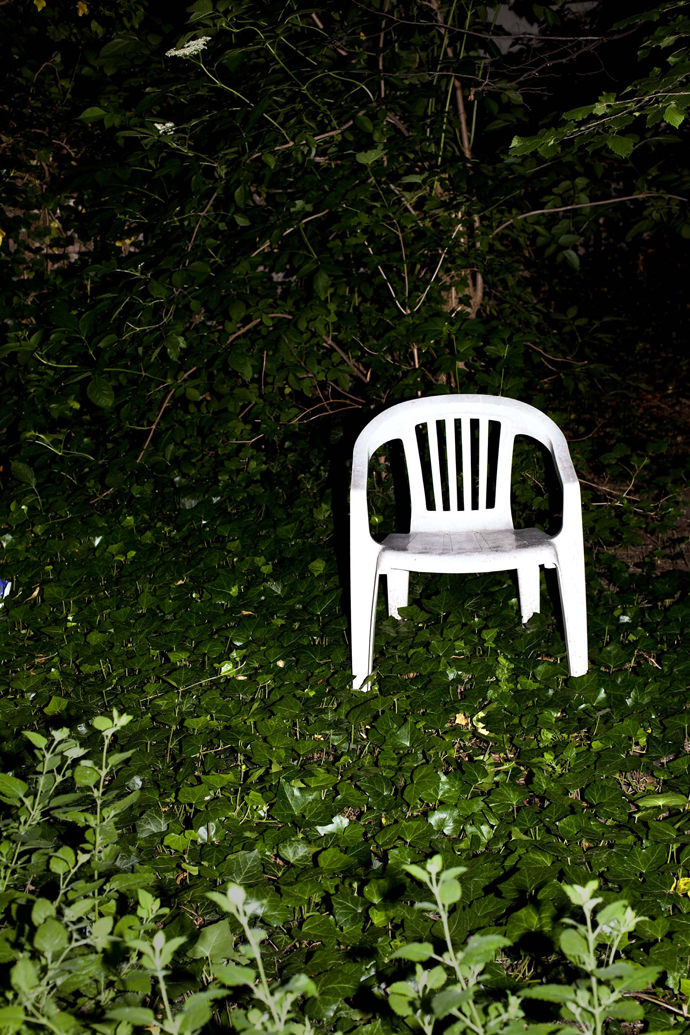