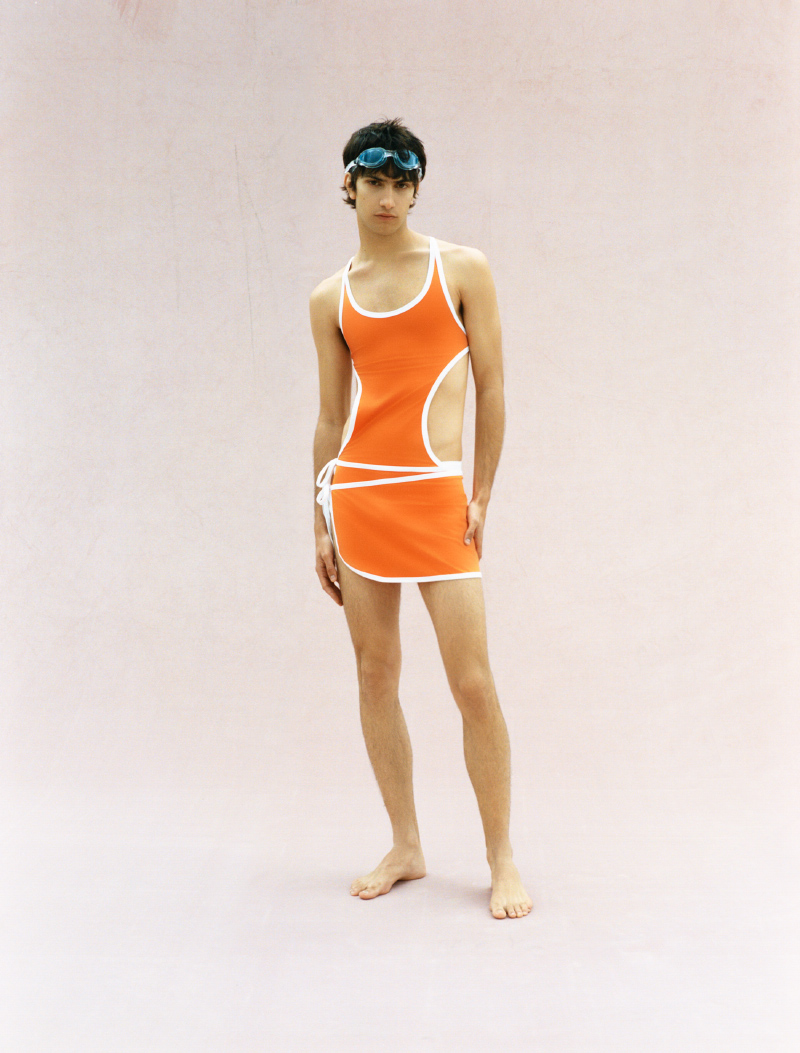 Finalist of the Hyères International Festival of Fashion, Photography and Fashion Accessories in the accessories category in 2019, Martial Charasse launches “Martial“, a brand of high-end and degendered swimwear.

Son of farmers, the 31-year-old designer draws his inspiration from his native Auvergne, from the rural world in which he grew up as well as from the outfits associated with it, but also from the colourful and pop fashion of the sixties.

Martial Charasse thus transcribes his sensitivity through the work of cuts, materials and jacquards and offers a selection of hybrid swimsuits, designed as clothing in their own right that can be shown and worn both on the beach and in the city, like a bodysuit or a bra.

Produced in small series and as and when ordered so as not to overproduce, Martial swimsuits are part of a responsible approach and are entirely made in France, in Chauvigny, in a workshop on a human scale and specialized in luxury lingerie and swimwear. Each fabric is chosen and sourced with care, from specialized European factories, based in France and Italy, and whose production is as qualitative as it is respectful of the environment.