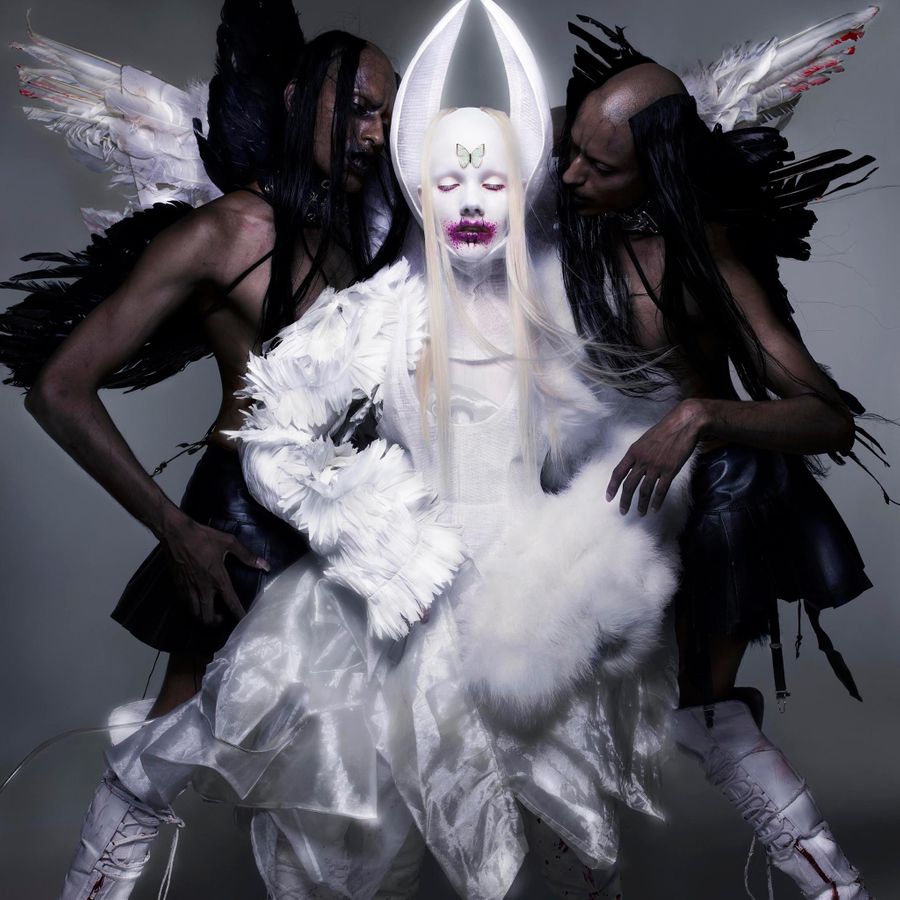 Meet the Artists Breaking Down the Gender Binary in Make-up

Here at KALTBLUT we strongly believe that we need a break from hyper-gendered make-up and skincare products and that the beauty industry should move towards a more non-binary future. To this day makeup is still heavily connected with and marketed for the female realm, but this tendency is actually something very recent. Historically, makeup was never gendered until more recent times: think of ancient Egyptians wearing fierce liners or 18th century French with their flamboyant wigs, white powdered faces, flushed cheeks and fake moles.

In the hope of making it acceptable for men to wear makeup again, male make-up brands such as WAR PAINT have been created. While the intentions behind it are good, the products and their branding approach it in a wrong way, reaffirming hyper-masculinity and creating an even stronger division between what “female” and “male makeup” should be. This is definitely not the type of change we need in the industry.

Fortunately, In the last years, we have seen the rise of gender-neutral beauty products and brands. And this doesn’t seem like just another fleeting trend, but more of an enduring revolution that will change the beauty industry.

People nowadays are becoming more and more socially conscious, and so they support brands that take responsibility for their social and environmental impact. They don’t only buy the product, but also the brand ethos.

Brands such as Fluide, Milk Make-up, 3ina and Jecca are part of this change and we are here for it. In the same way, certain artists stand out for promoting and embracing a genderless view of makeup, not only going beyond the binary but also beyond human at times. Let’s have a look at them!

For the Canadian designer duo  (Hannah Rose Dalton and Steven Raj Bhaskaran), makeup is a huge part of their style and identity, and they don’t let gender dictate it in any way. Their alien-like aesthetic is the furthest you can get from the binary beauty standard. From extreme tribal liners, to hand drawn veins and fairy-zombie fantasies, the couple’s look are eerily beautiful and extremely high-fashion. Fecal Matter make a daily and uncensored statement of being whoever you want to be freely.

Here is another duo, the faces behind the make-up brand Love+Craft+Beauty.
Formulated by Francelle Daly and with Andrew D’Angelo as Beauty Director, the brand effortlessly promotes makeup as a tool for self expression and total freedom. They strongly stand for diversity in the cosmetics industry and they are committed to promoting inclusivity within the community. Their goal is perfectly represented by the matching looks that the two create on themselves with their range, that are quintessentially androgynous and genderless, breaking down gender barriers and expectation and blurring the line between what is perceived as “masculine” or “feminine”.

With her hyper-symmetric and bug-inspired designs, Hungry is the queen of distorted drag. Always avoiding anything that reads  as too binary, she prefers to create an alter ego that is a standalone character or creature. Altering the eyes, mouth and bone structure to mimic organic shapes, Hungry creates an unmistakable signature beat that is often finished off with custom 3D face pieces and equally elaborated clothes.

Bo Quinn with their striking androgynous looks is “self-proclaimed makeup clown from the UK”. Makeup in this case is a process of complete transformation and the outcome of experimentation with fine art practice. The face is always rigorously painted white, but the elements and colours of the look vary from classic downturned clown lips to more edgy barbed wire eyebrows. What makes the looks even more intriguing is the image manipulation of the face to make it appear as a flat surface and the print of the look on a makeup wipe.